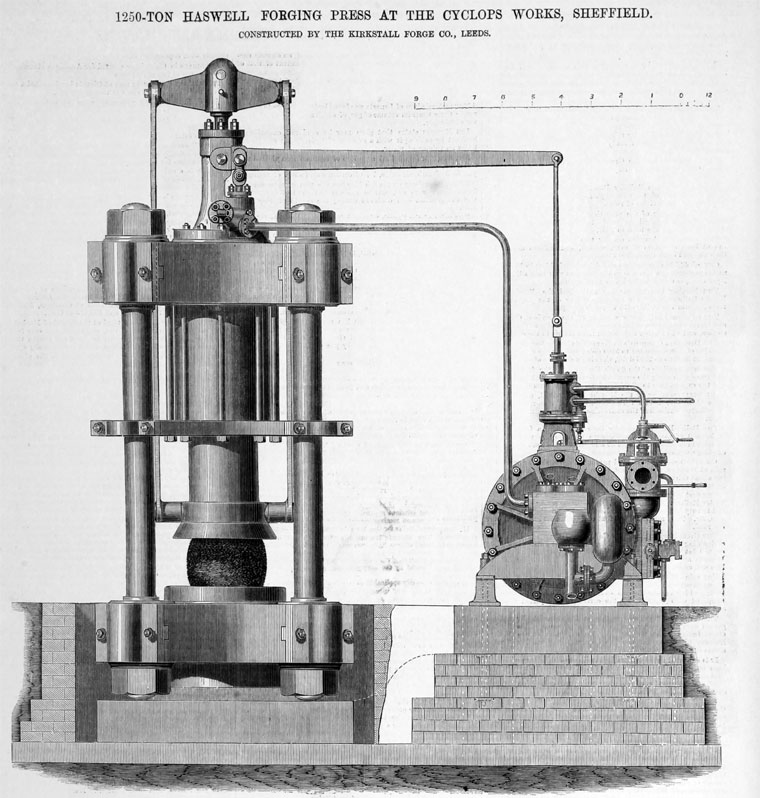 1867. 1250 ton Forging Press to the patent of John Haswell, for the Cyclops Works, Sheffield. 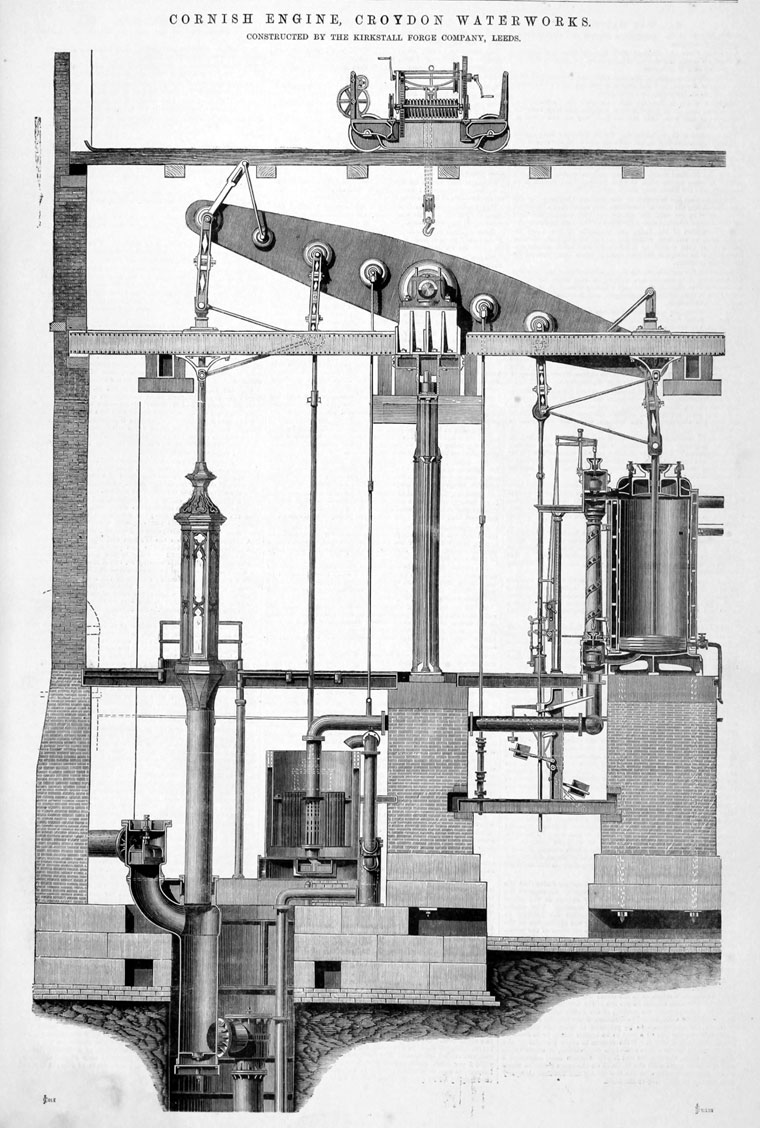 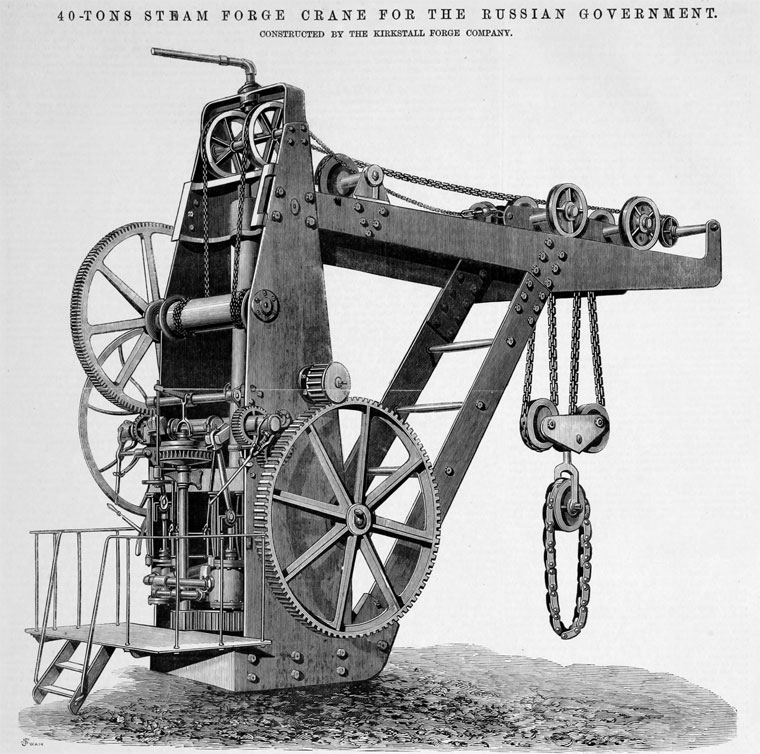 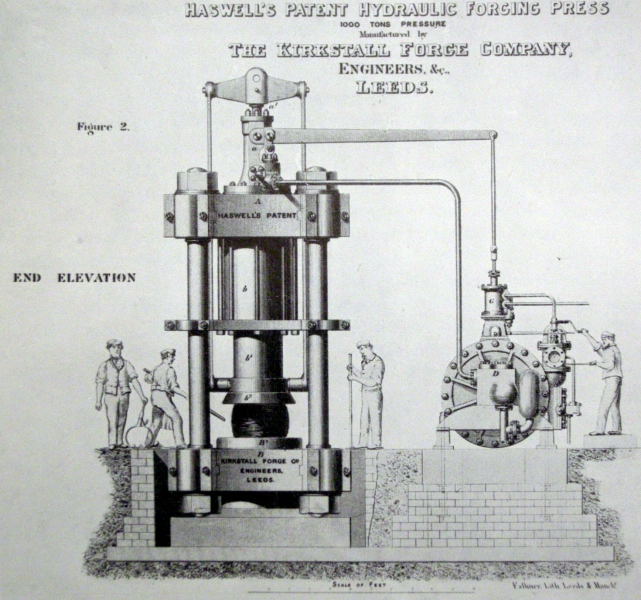 1873. 1000-ton hydraulic press made under Haswell’s patent, for Cammell of Sheffield 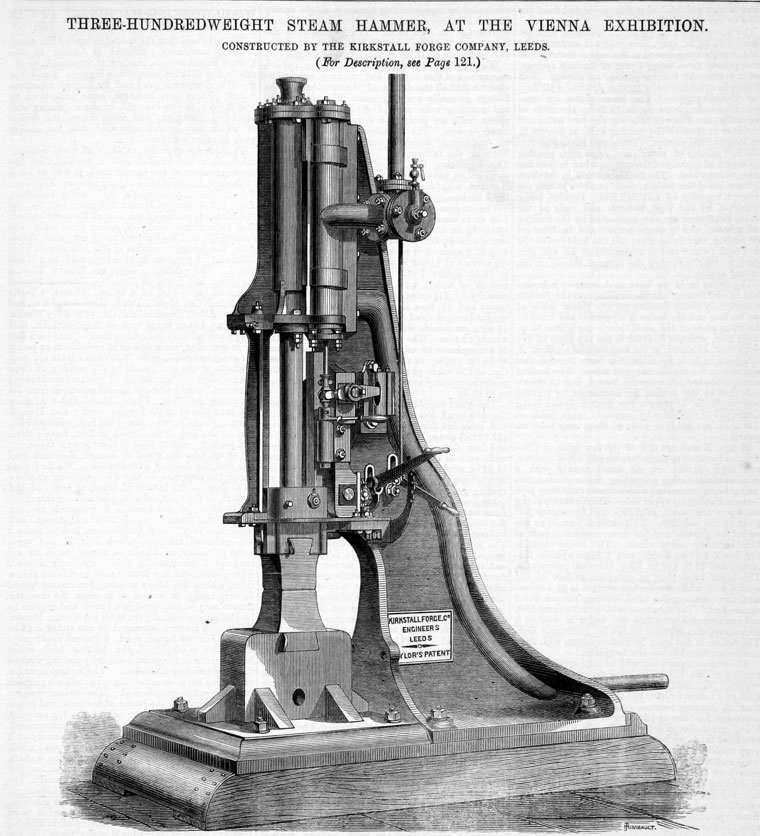 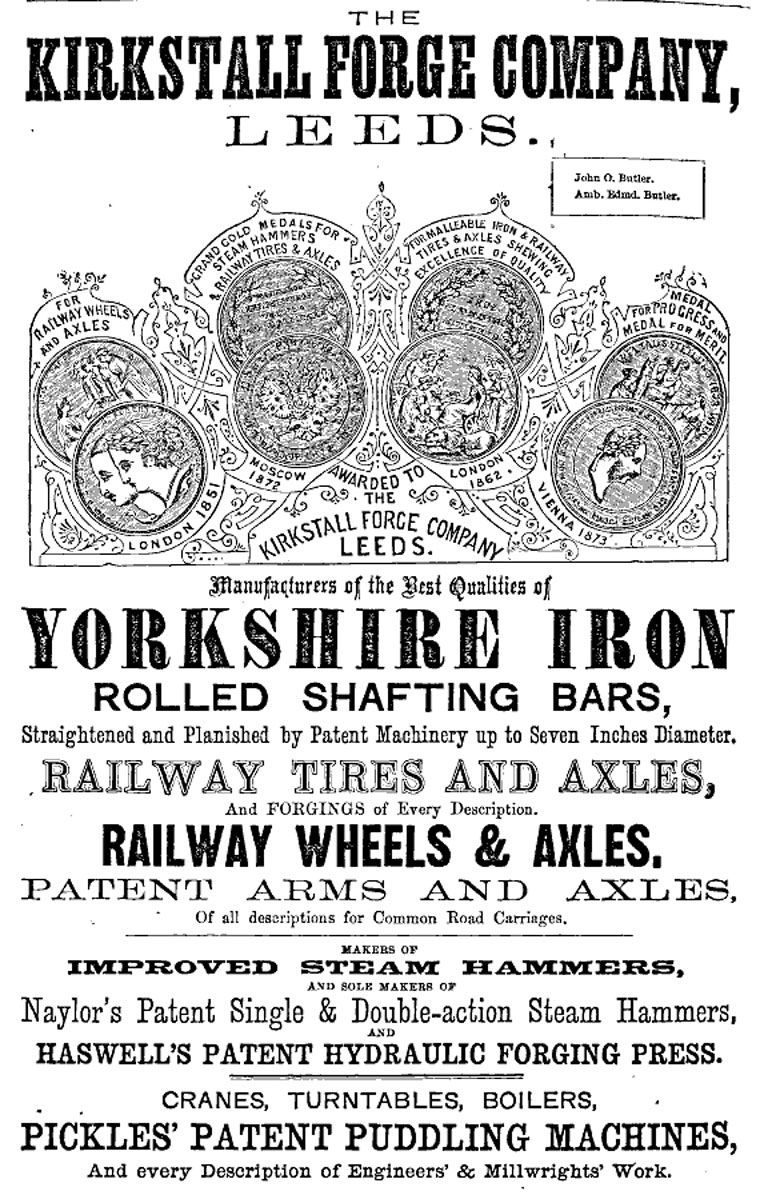 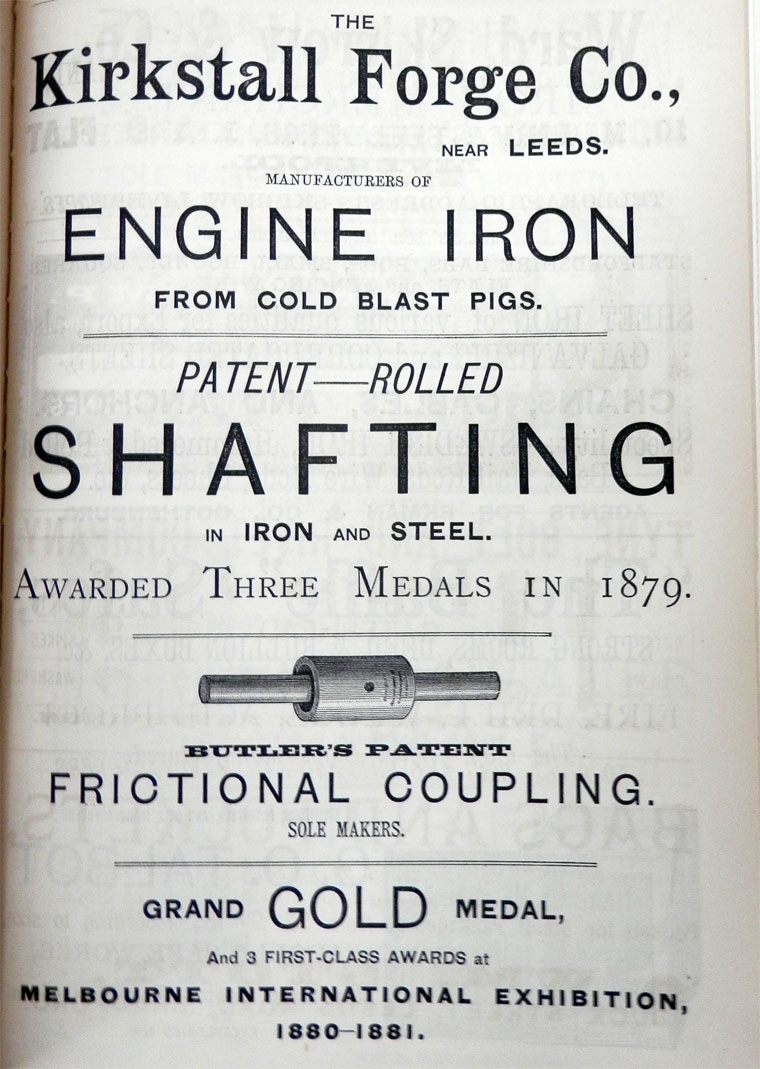 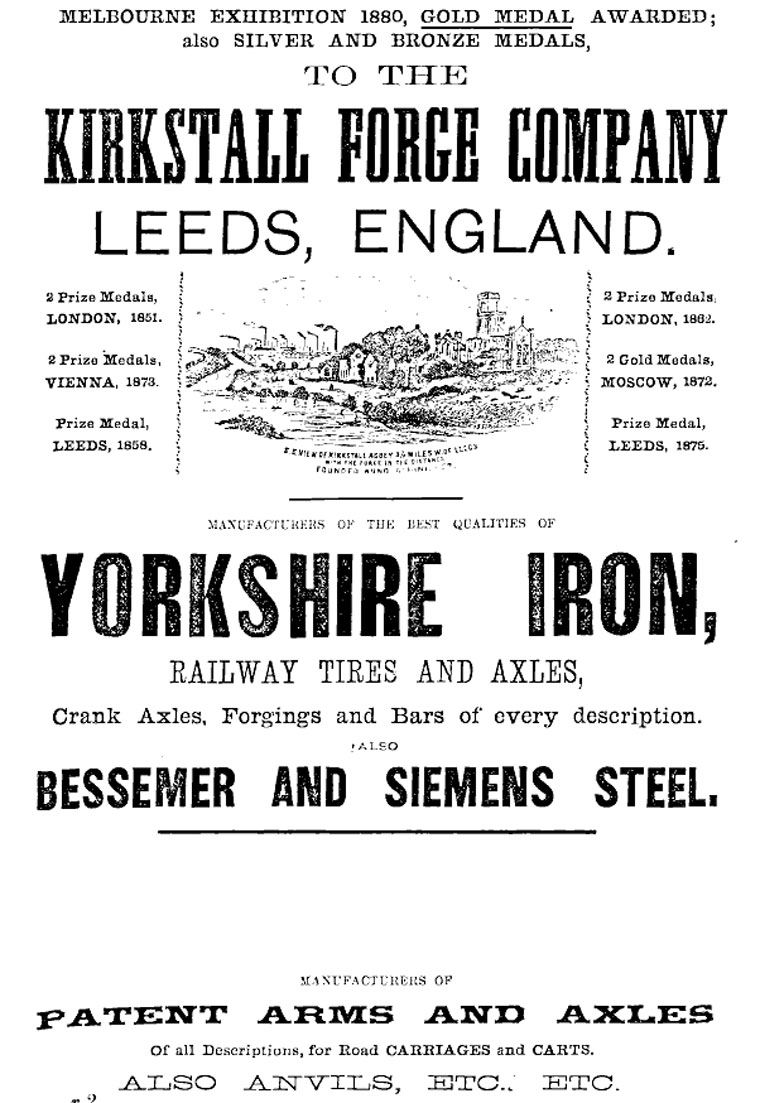 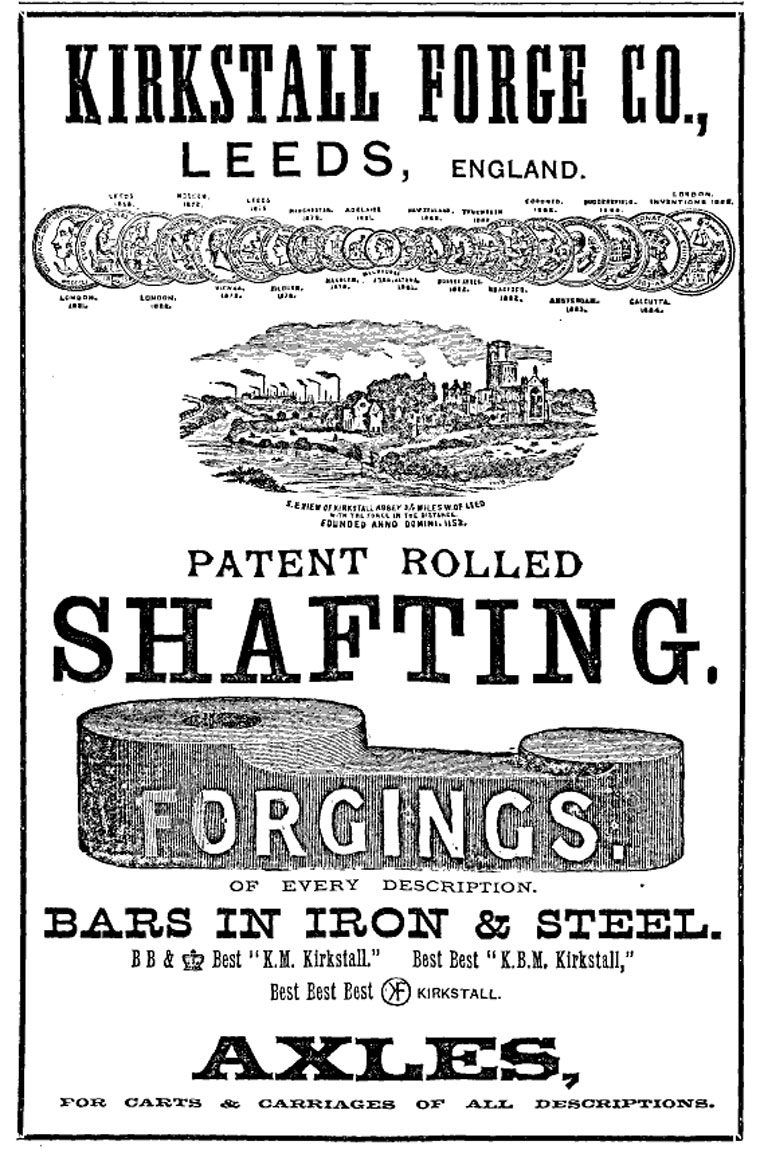 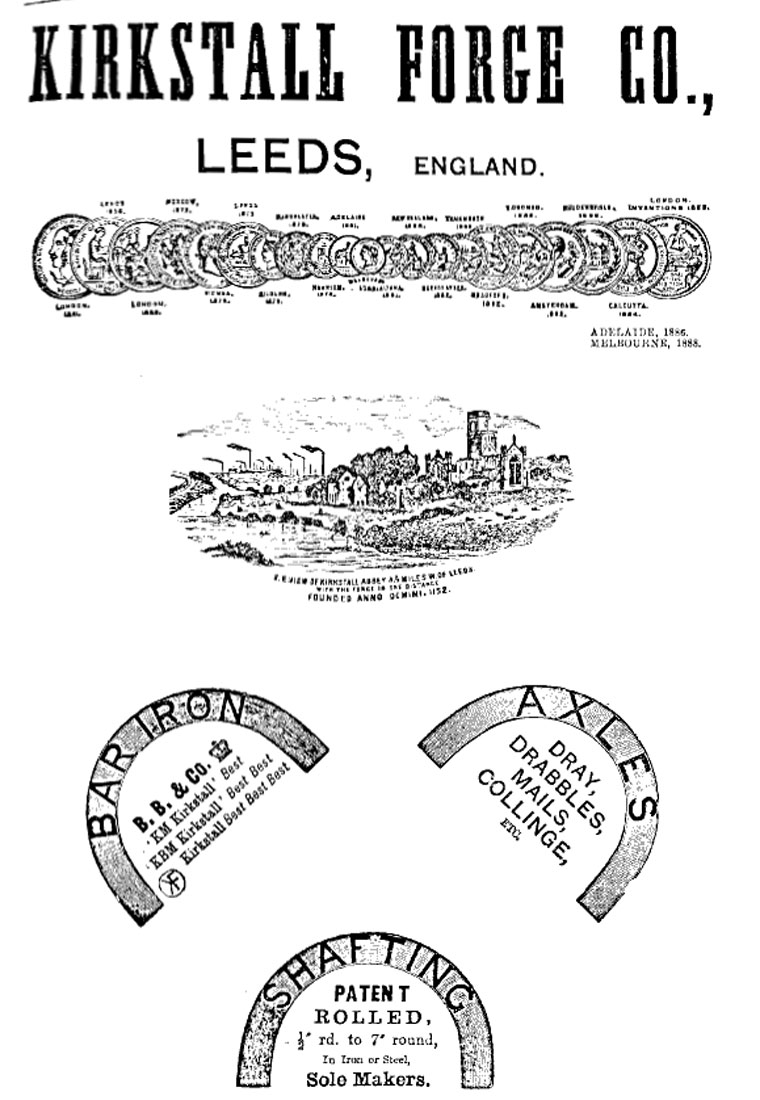 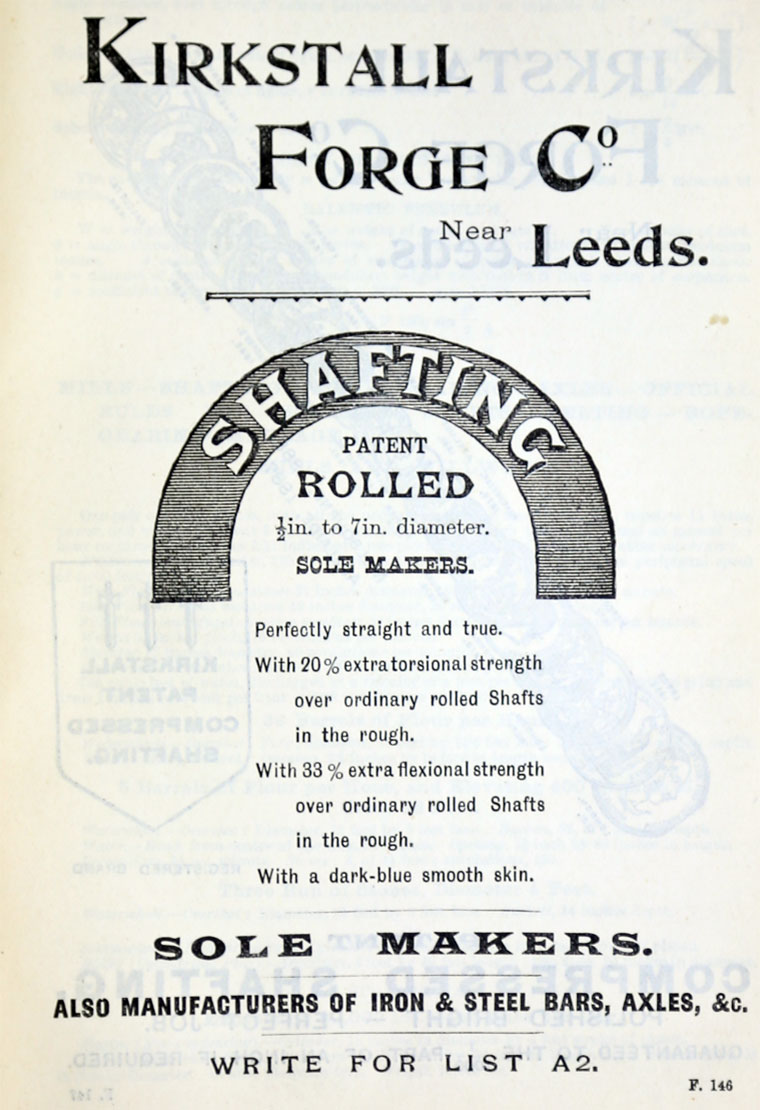 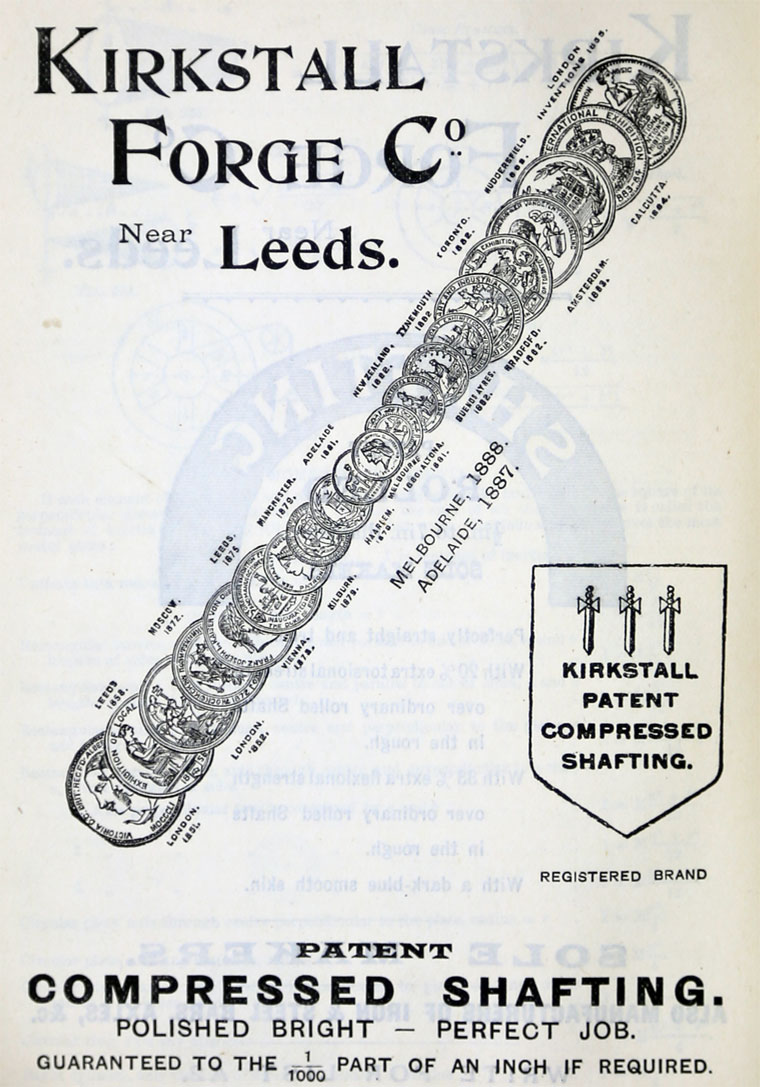 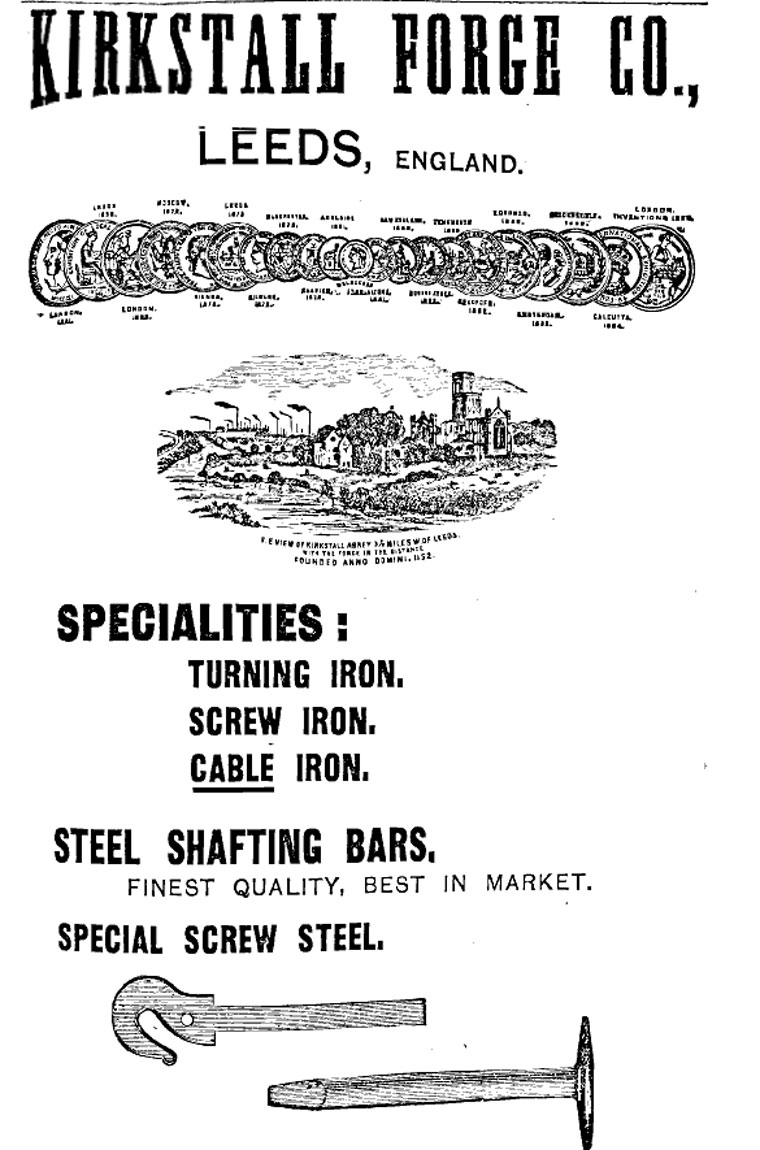 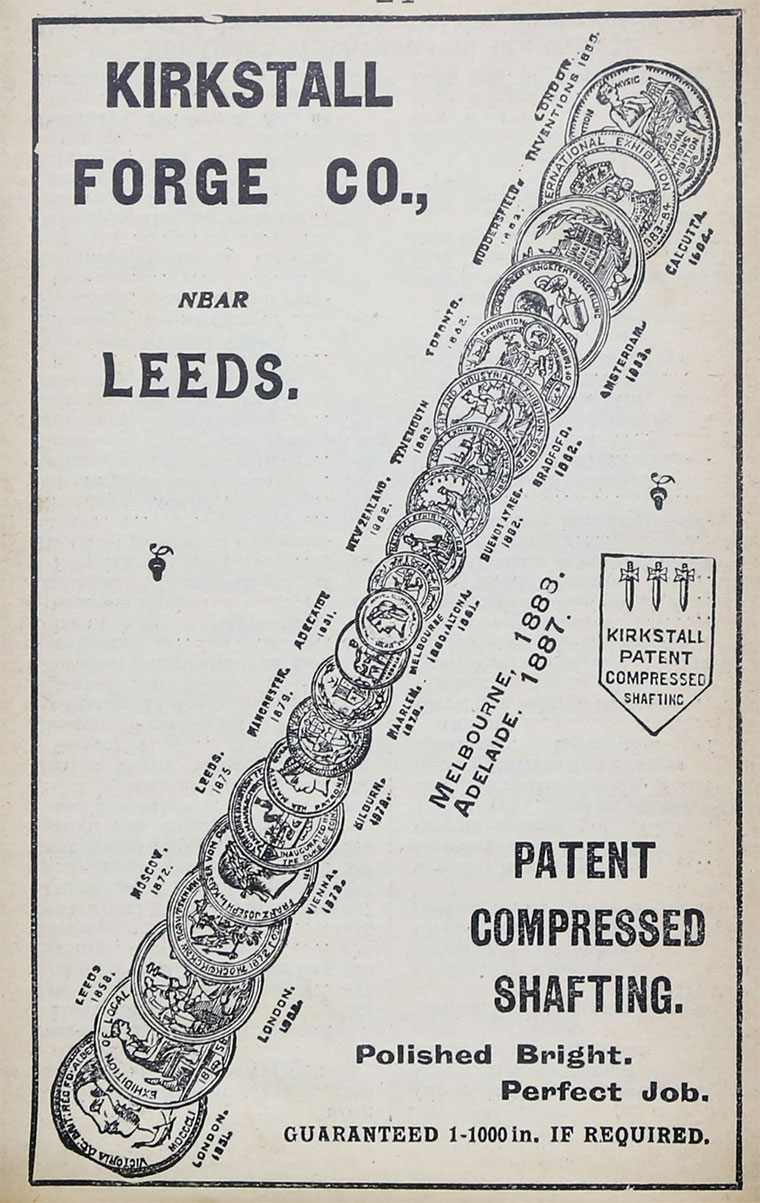 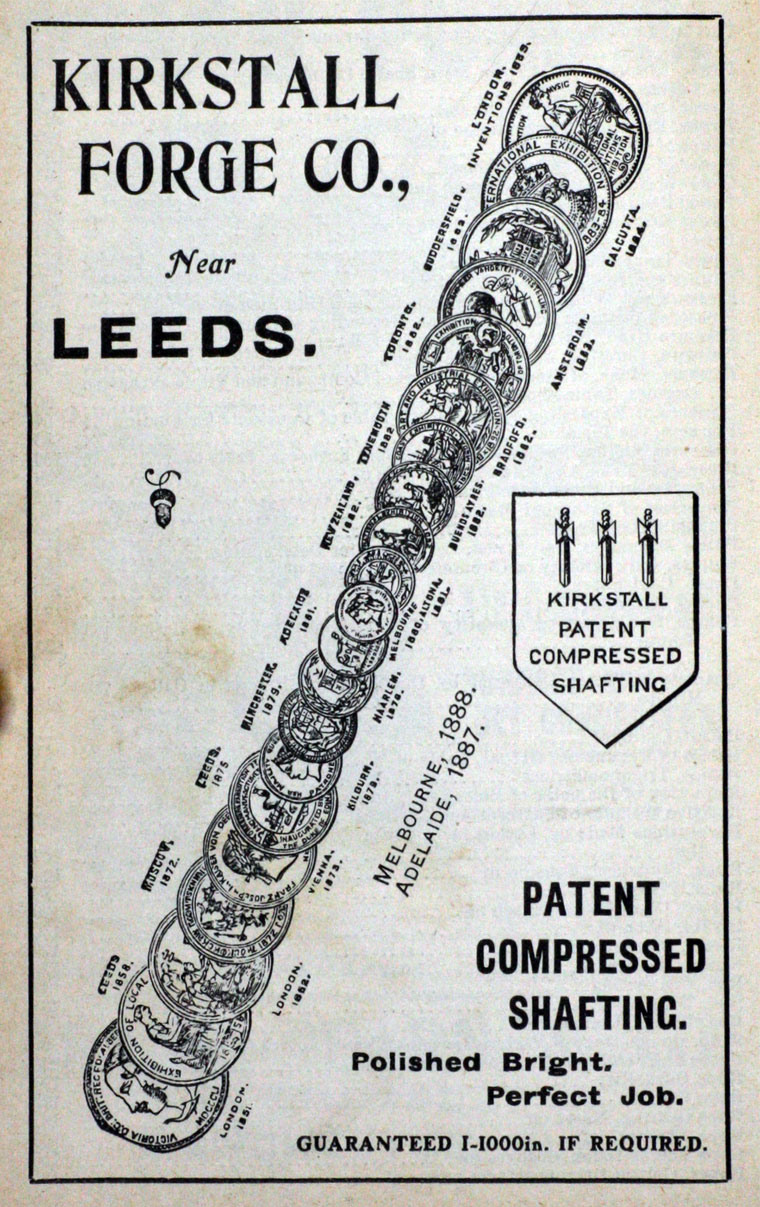 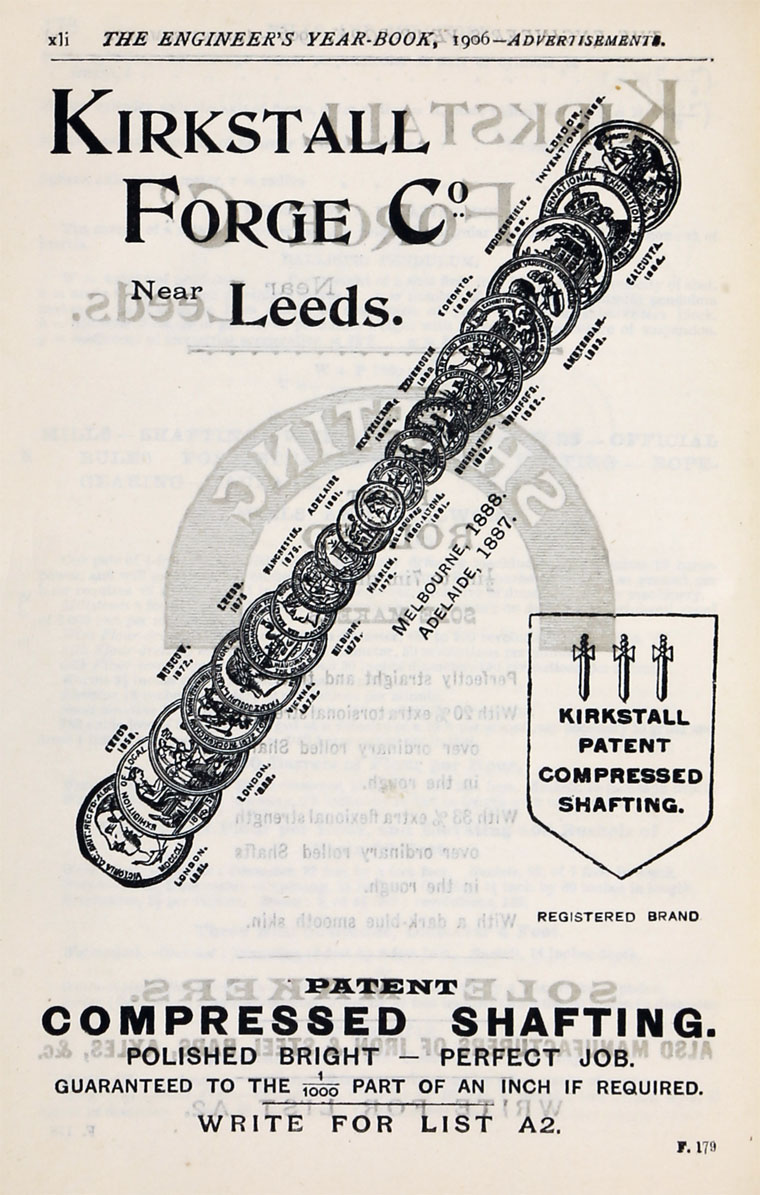 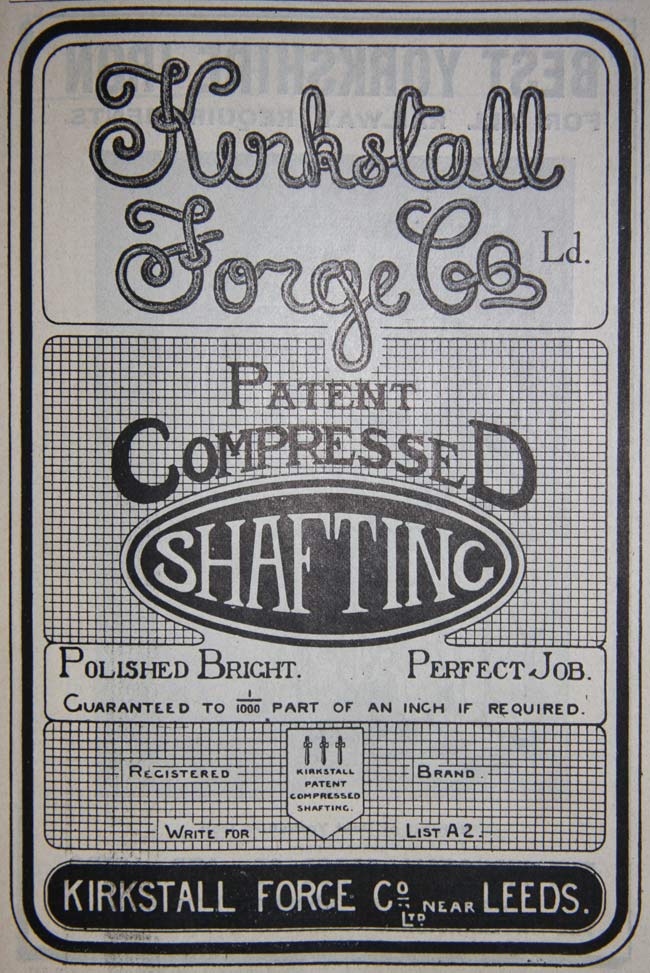 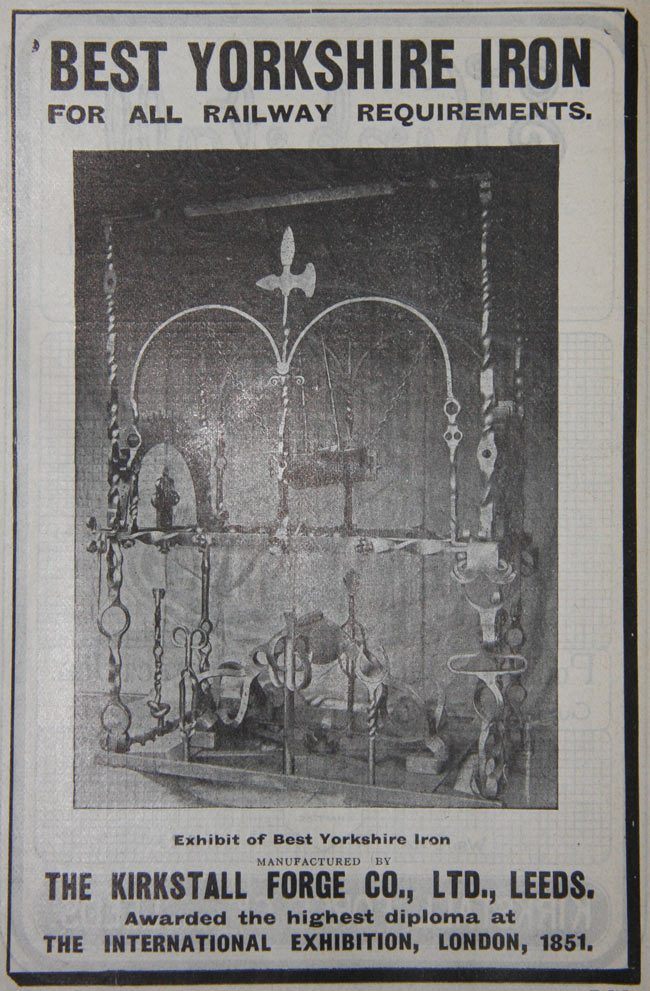 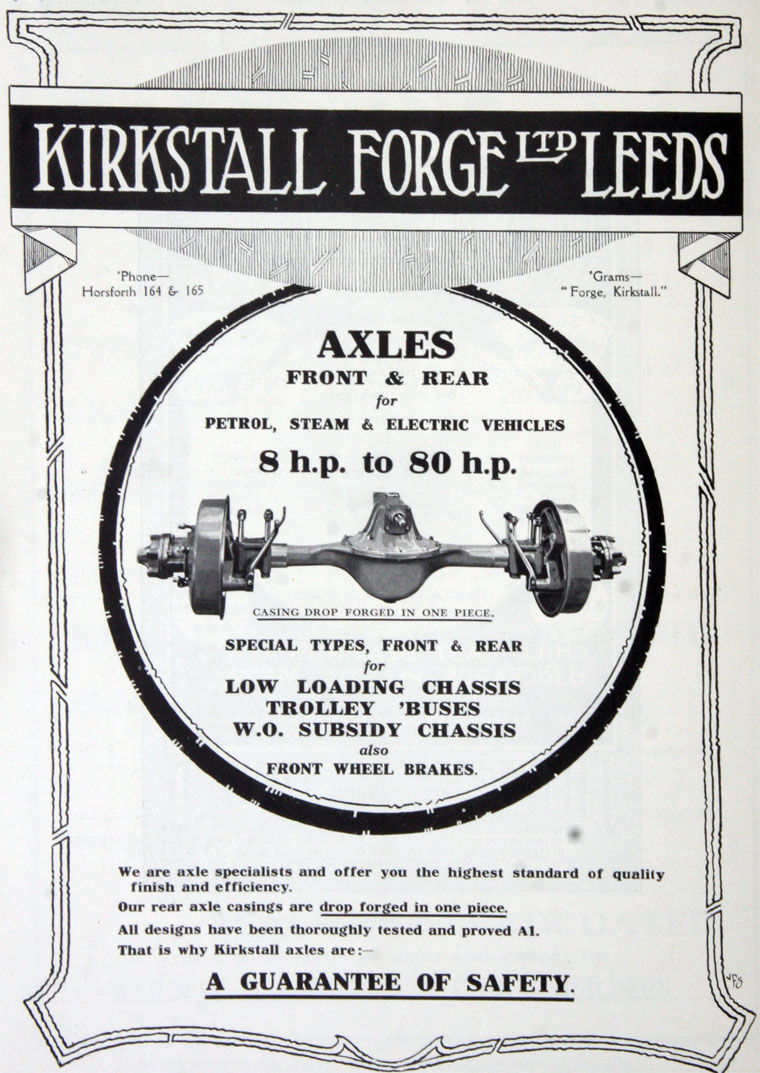 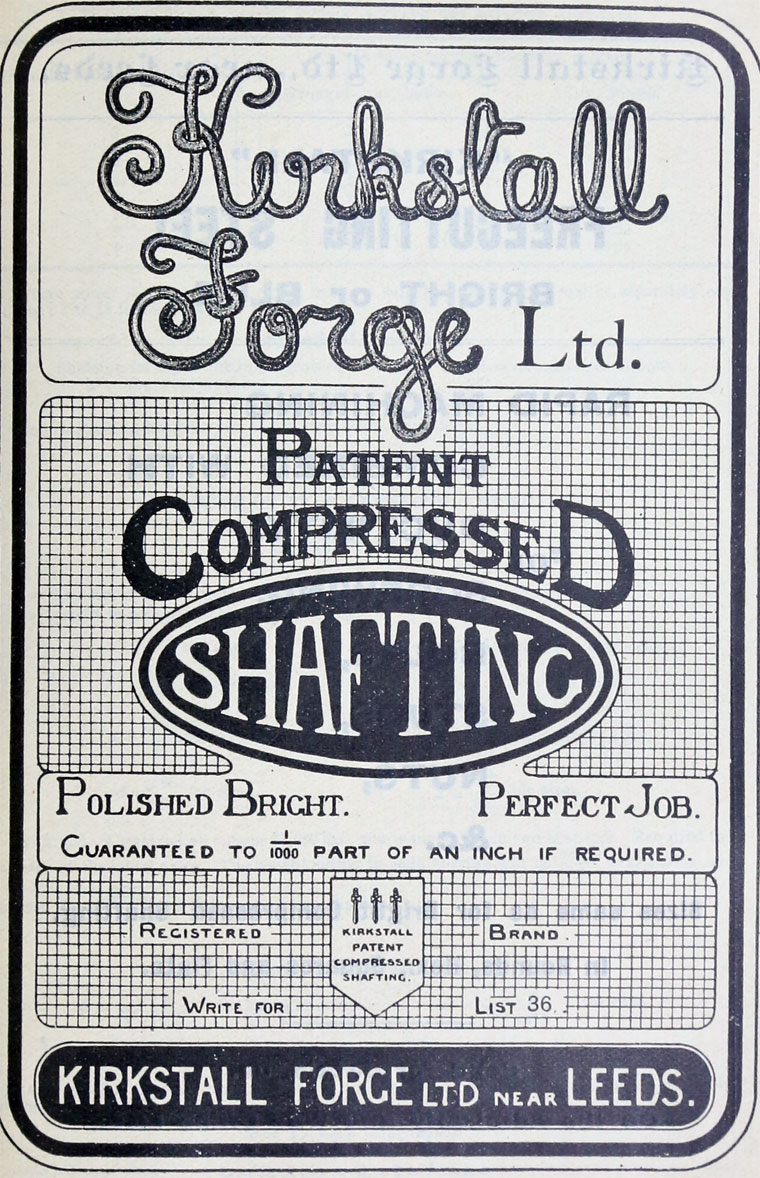 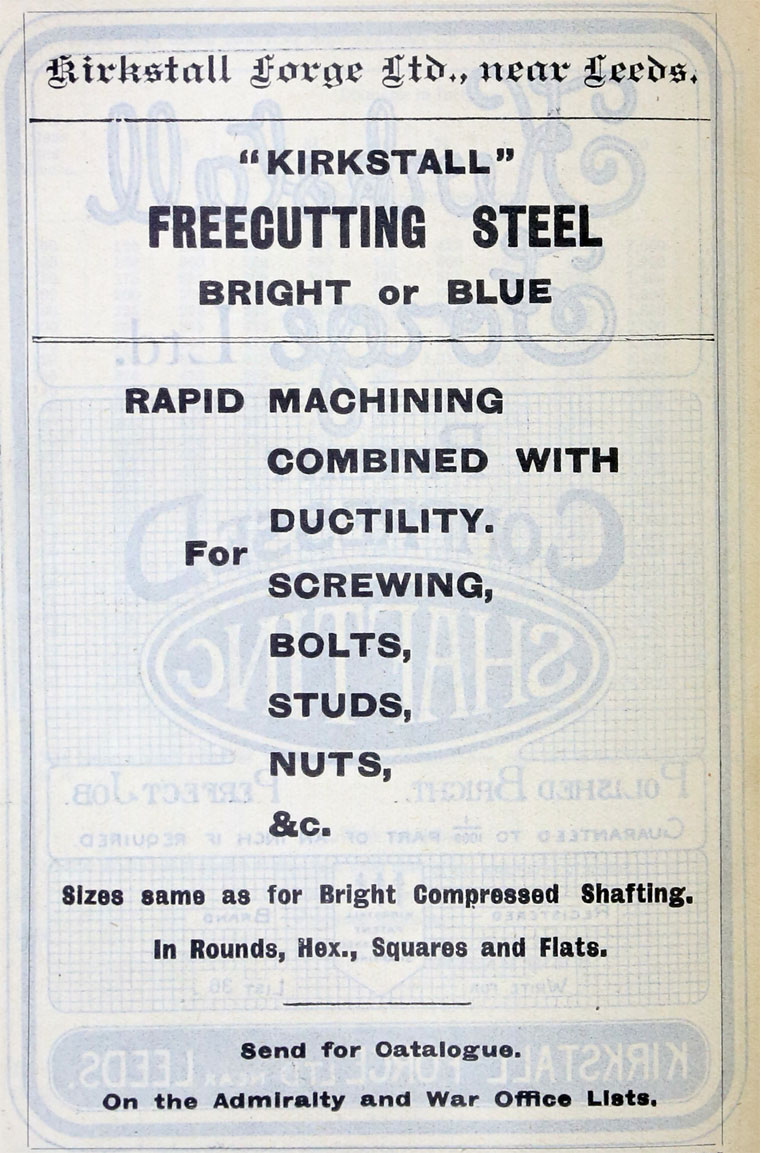 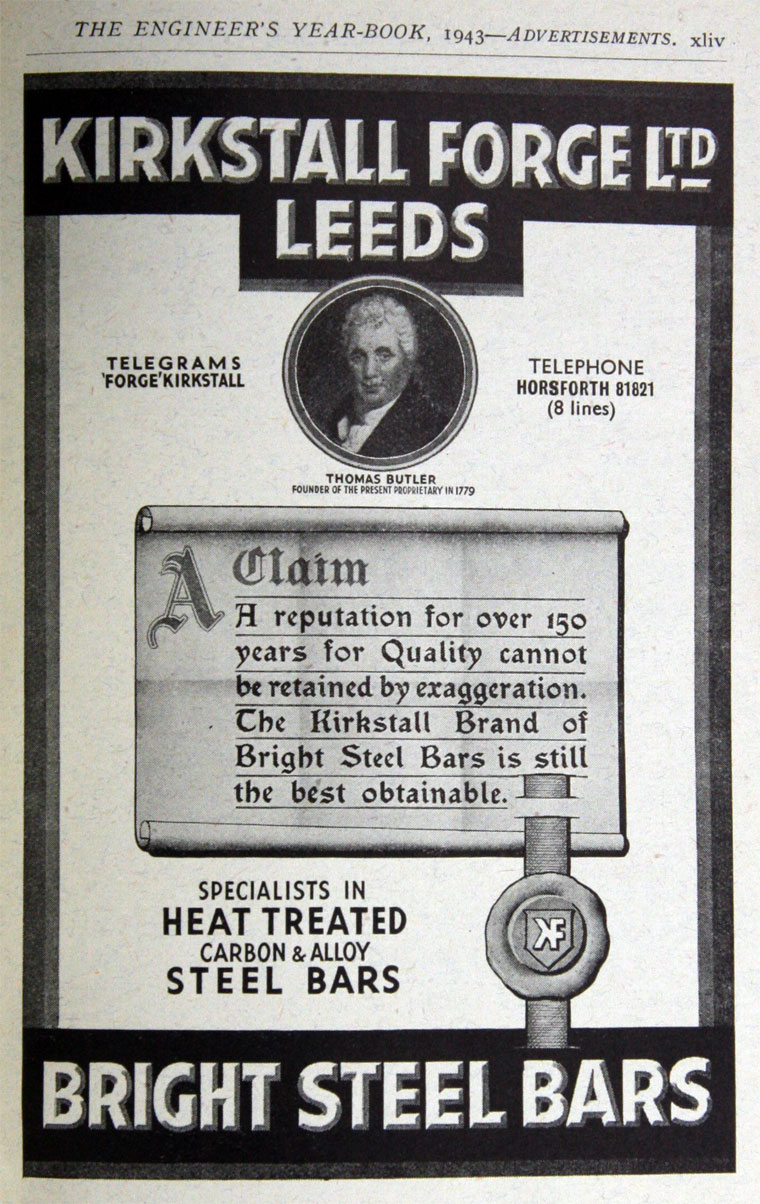 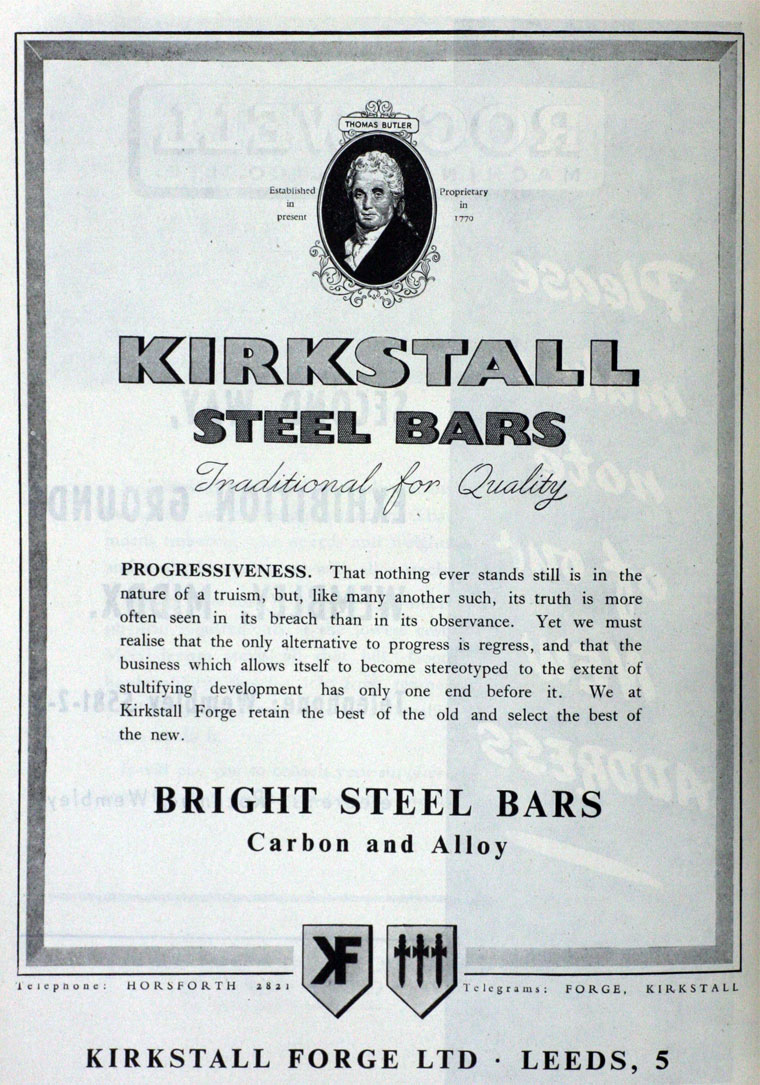 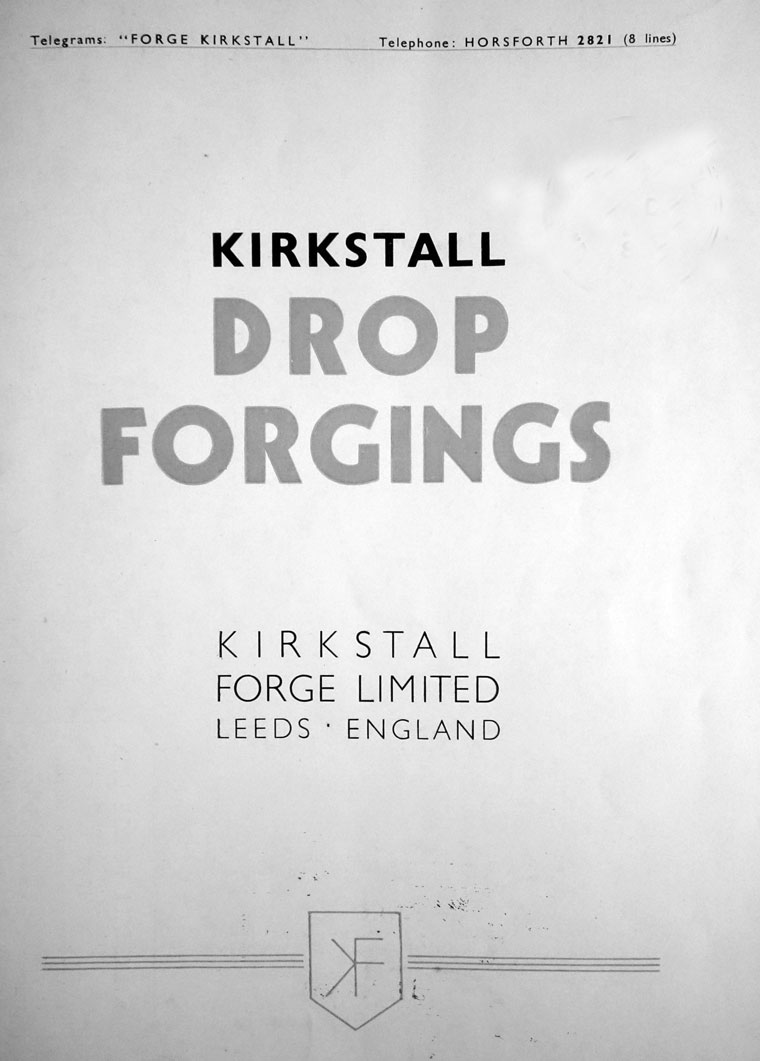 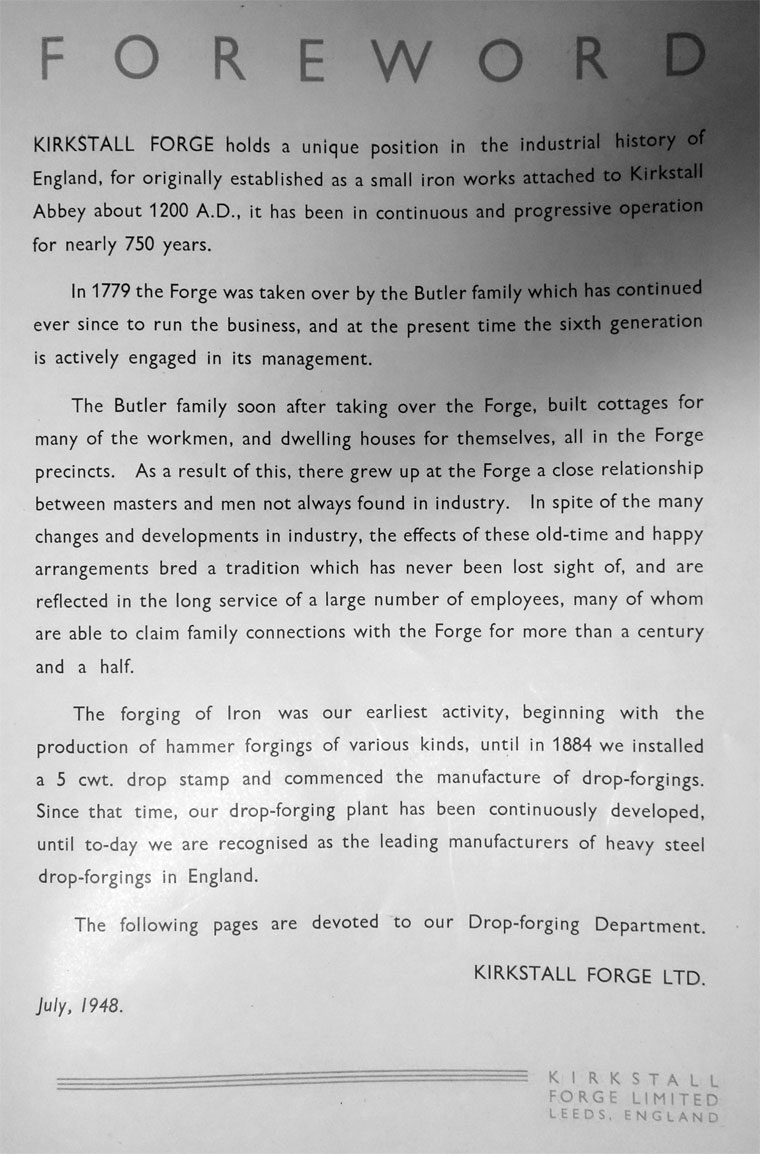 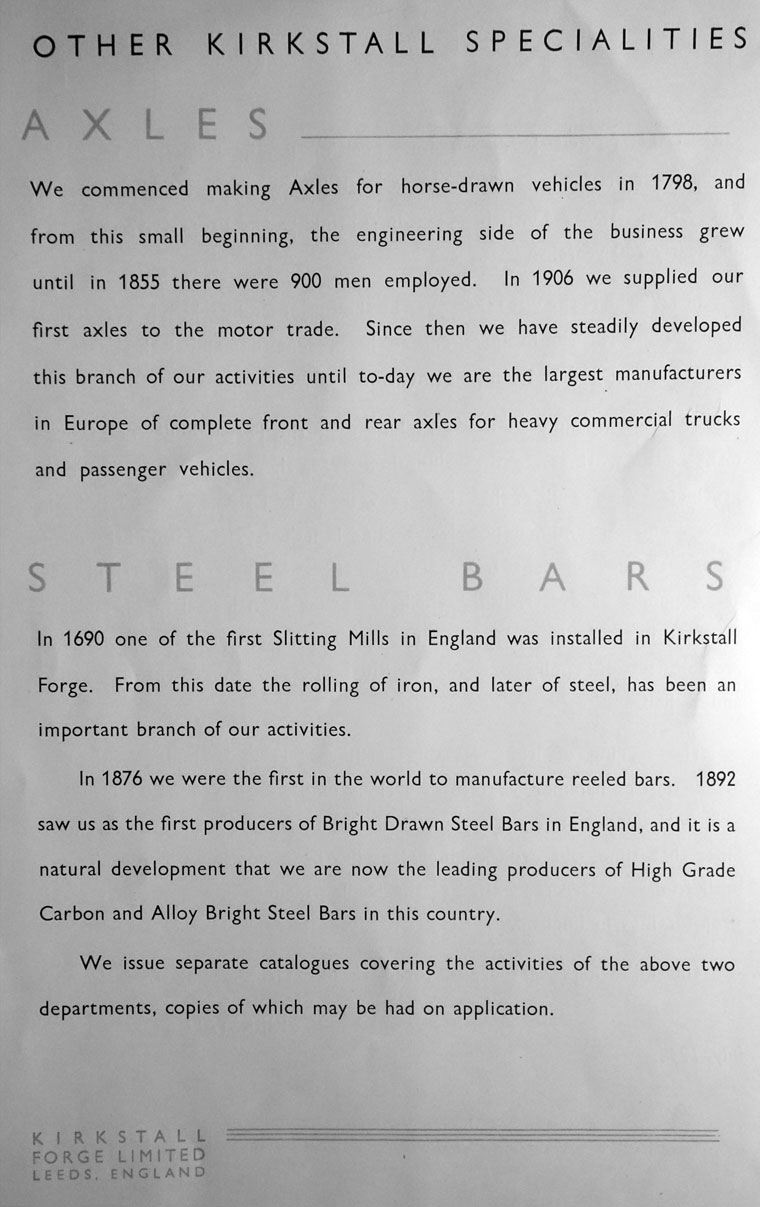 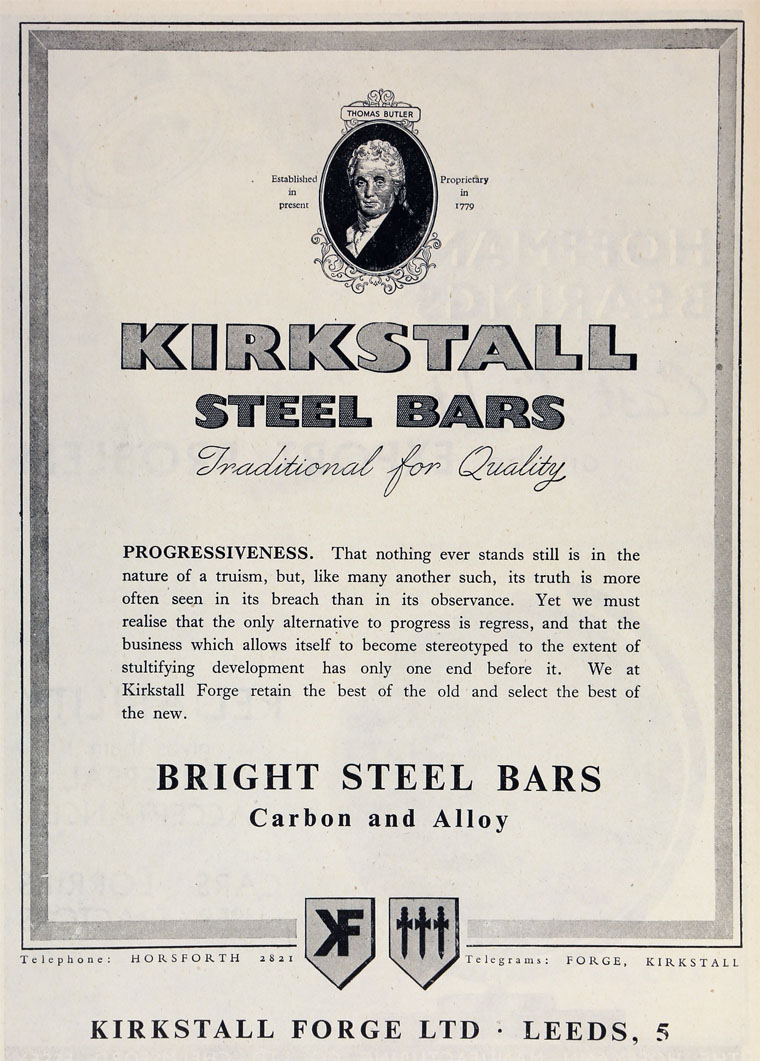 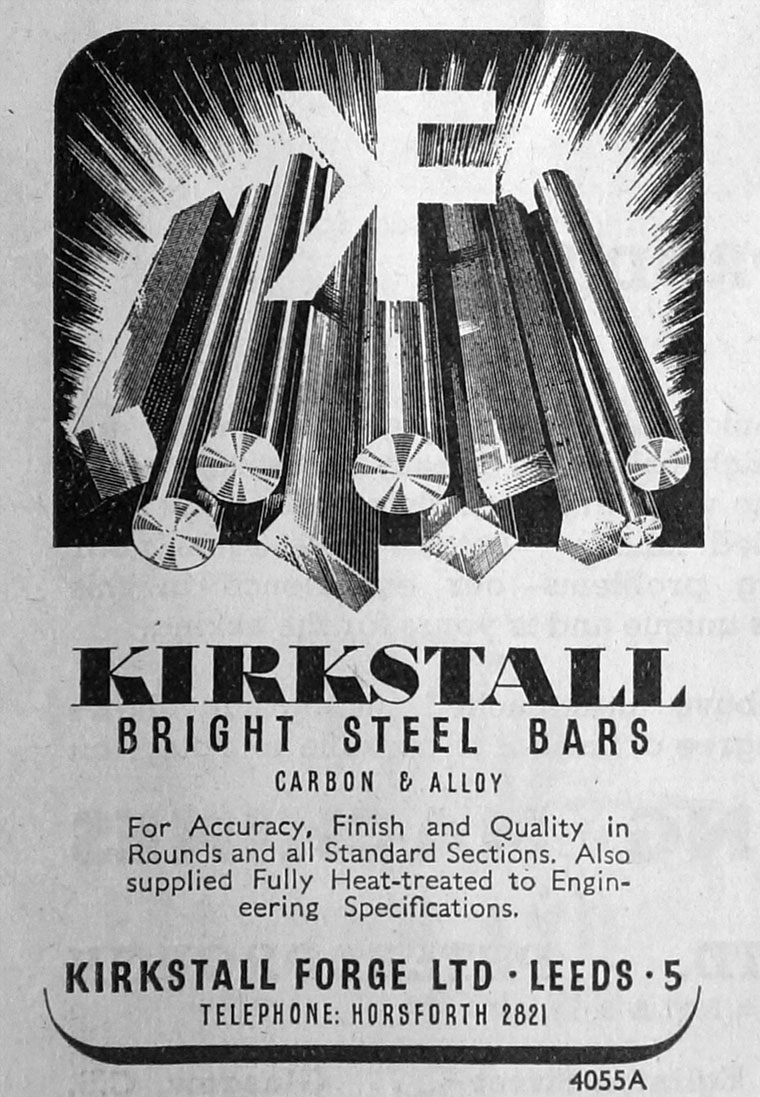 Original forge established by the monks of Kirstall Abbey in about the year 1200.

1779 The Butler and Beecroft families went into business together at the Kirkstall Forge.

1858 The name Beecroft, Butler and Co, was altered to the Kirkstall Forge Co

1863 Press 1,250 tons - the largest ever made at the time as detailed in the London Science Museum

1930s Most of the buildings were rebuilt and machine shops refitted, much of the machinery being specially designed for the company's purposes[9].

1949 Kirkstall Forge Engineering made public. Rodney Fawcett Butler is Chairman and MD. [11]. Directors intended to transfer the steel bar department to a separate subsidiary. About 1,800 employees.