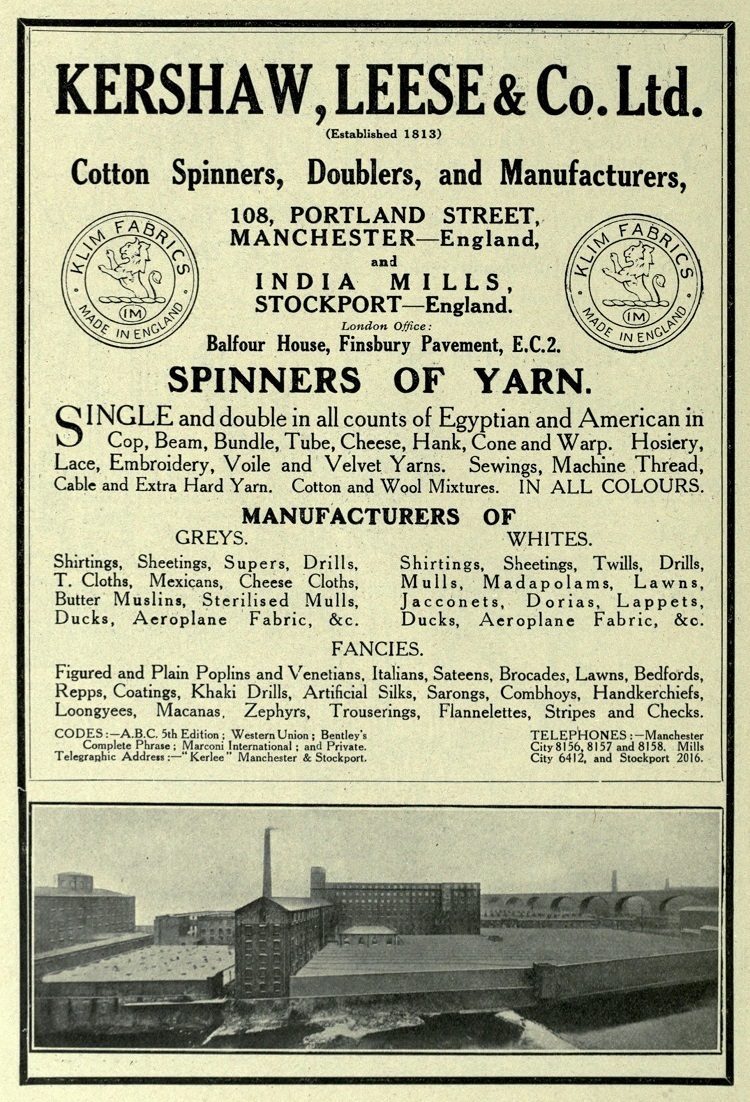 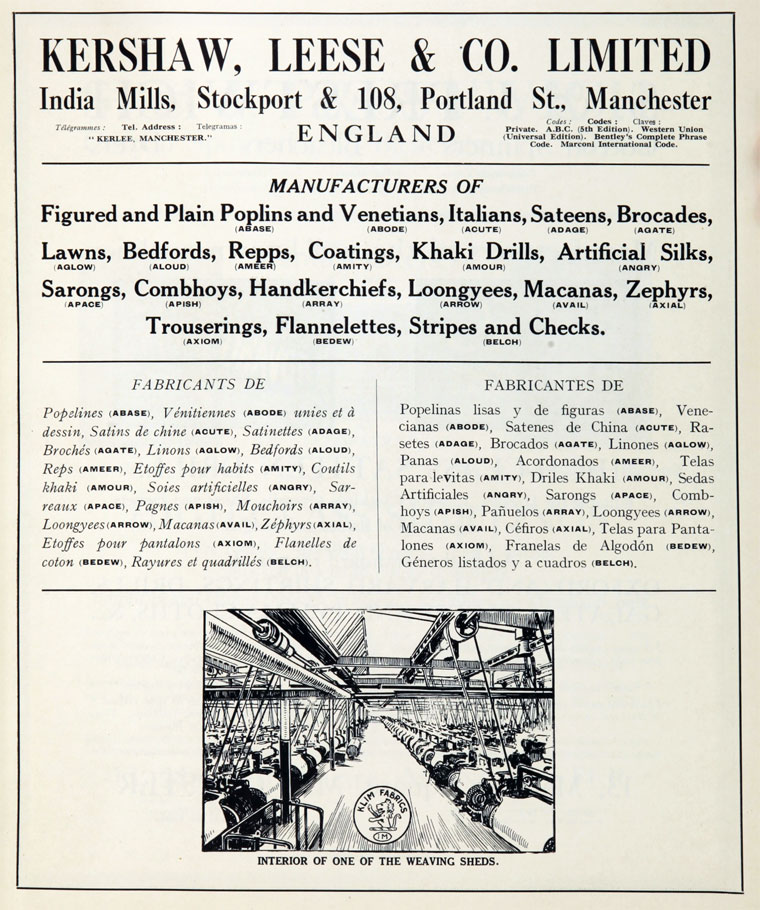 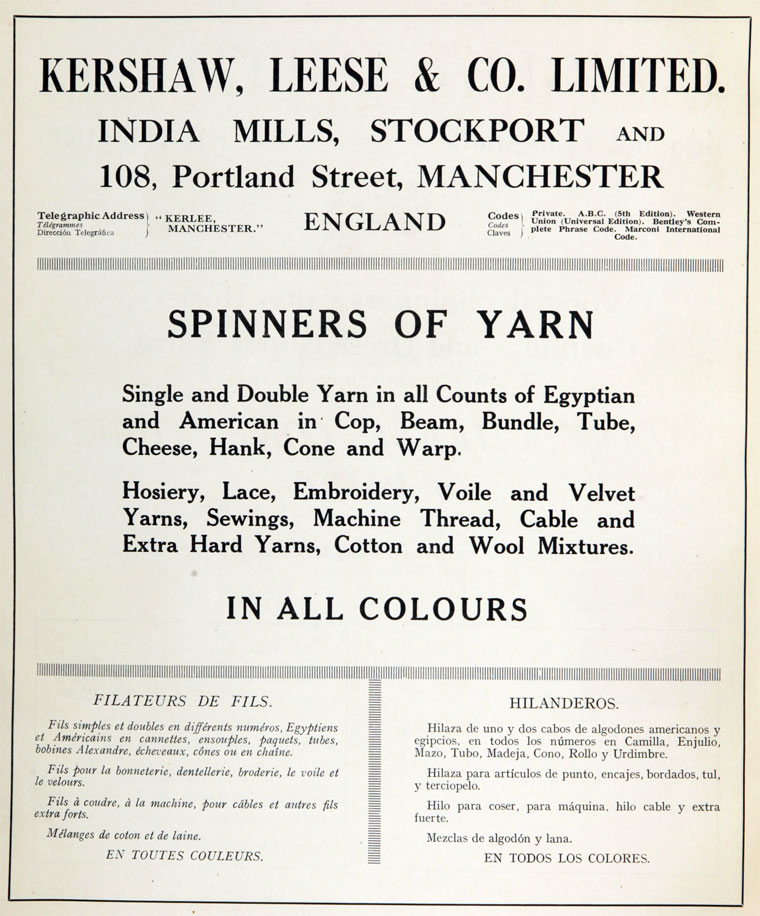 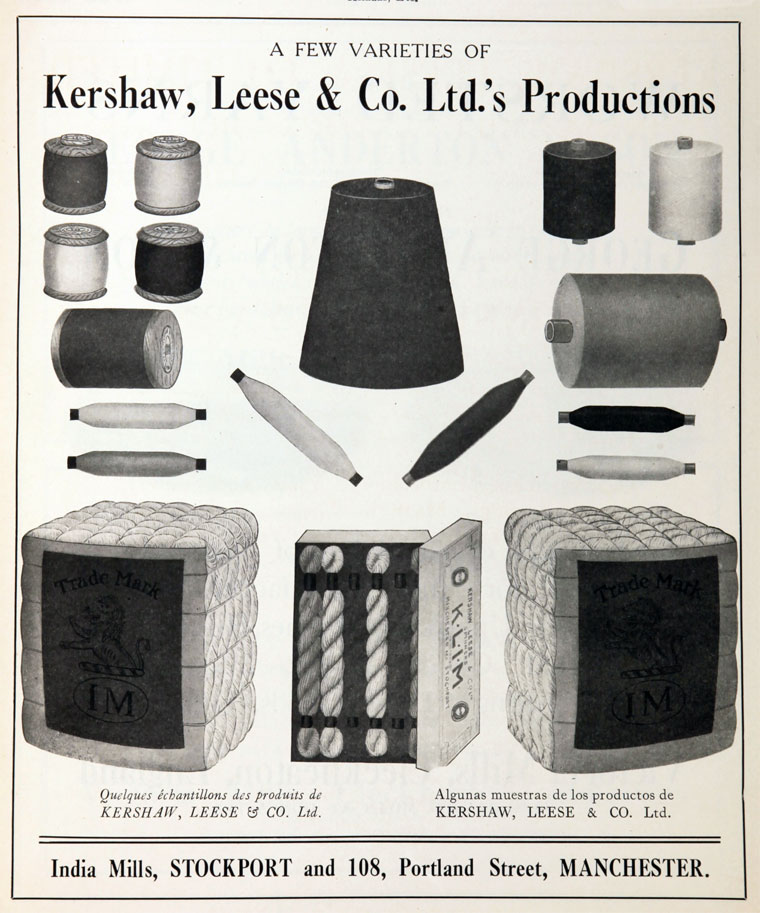 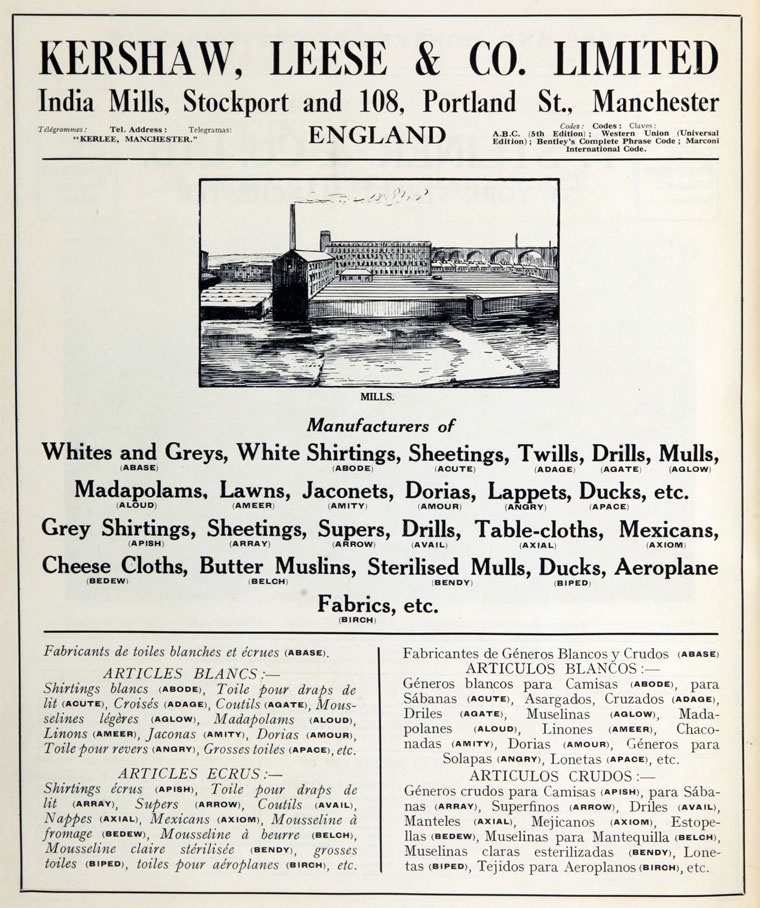 By 1825 William Callender senior (father of William Romaine Callender) was a partner in the expanding Manchester firm of Kershaw, Leese and Callender. He left this firm in 1836.

1851 'Fatal Accident from the Bursting of a Steam Pipe.—About half-past five o'clock on Monday morning, John Clayton, the engine driver, at Messrs. Kershaw and Co.'s India Mills, Heaton-lane, was engaged in getting up steam, previous to the arrival of the workpeople, an accident occurred which has terminated in the loss of his own life. It is usual, prior to forcing the steam into the pipes communicating with the engine, to relieve the latter of the condensed steam which lodges therein, particularly from Saturday to Monday morning, for which purpose a tap had been fixed to an extreme branch pipe. It was the engineer's duty to be satisfied about the removal of this water before letting on steam. This precaution was neglected, the consequence was that when steam, which was forced through a 13-inch pipe at a 60lbs. pressure, came in contact with the cold water, the pipe burst near the engine, and the steam of course, escaping with great power, instantly enveloped the engineer. Almost suffocated, he was unable to help himself, and fell amongst the piping and was found to be so dreadfully scalded internally, as well as wounded externally, that he died the same night. Wm. Clarke, an assistant to the deceased had a narrow escape.'[1]

1930 Acquired by the Lancashire Cotton Corporation.[3]