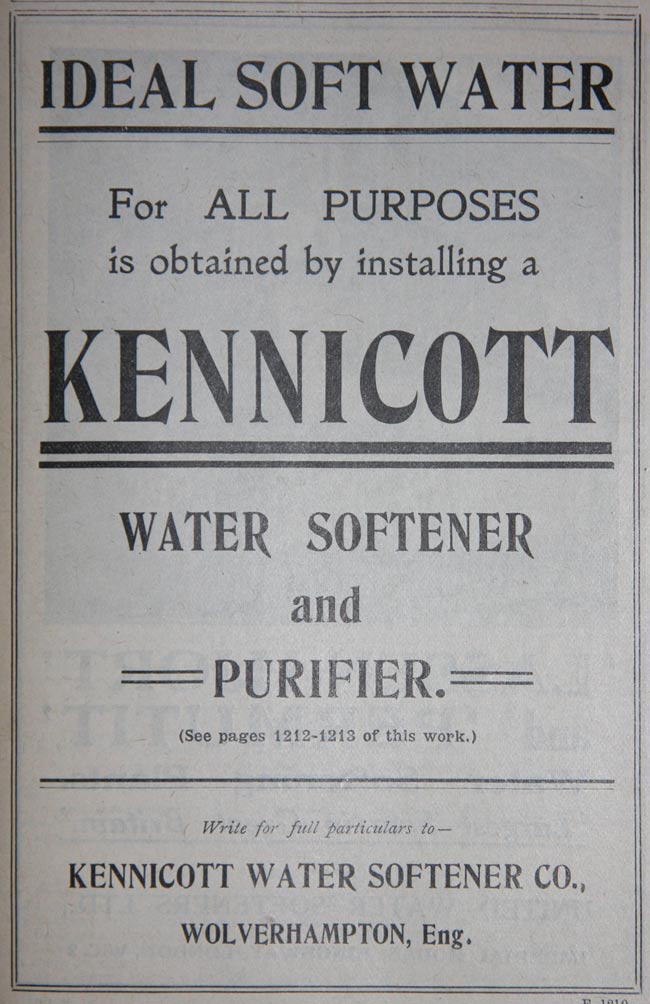 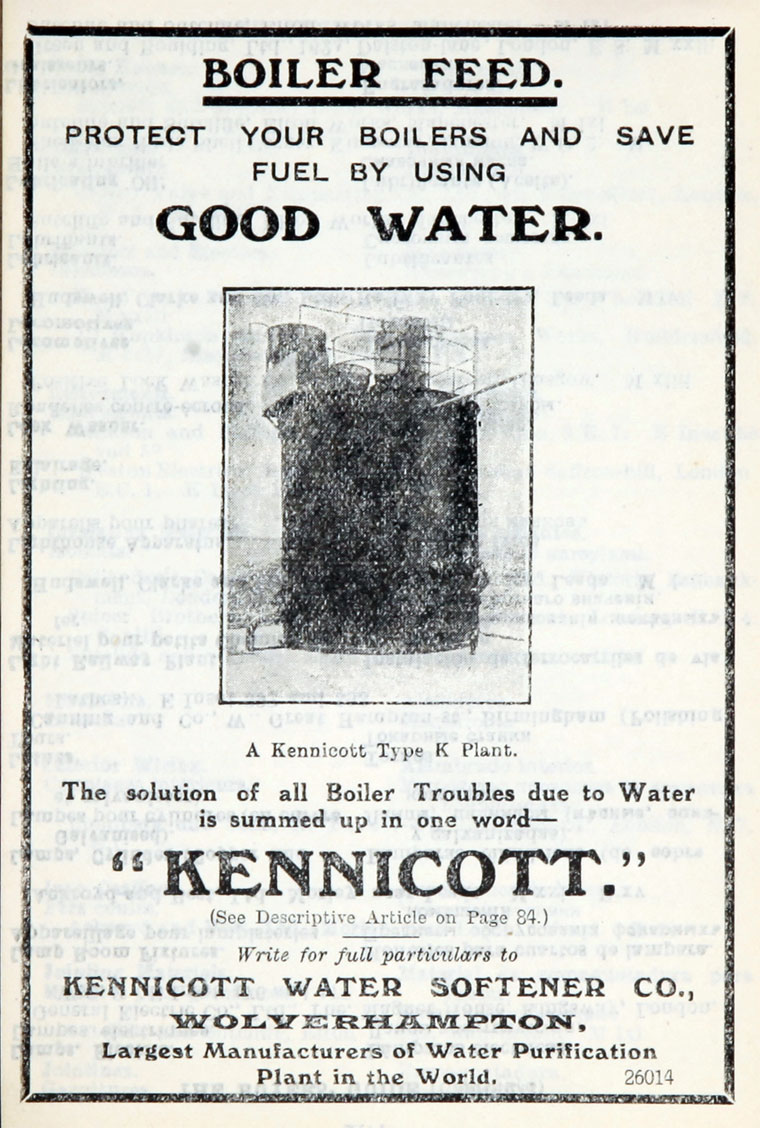 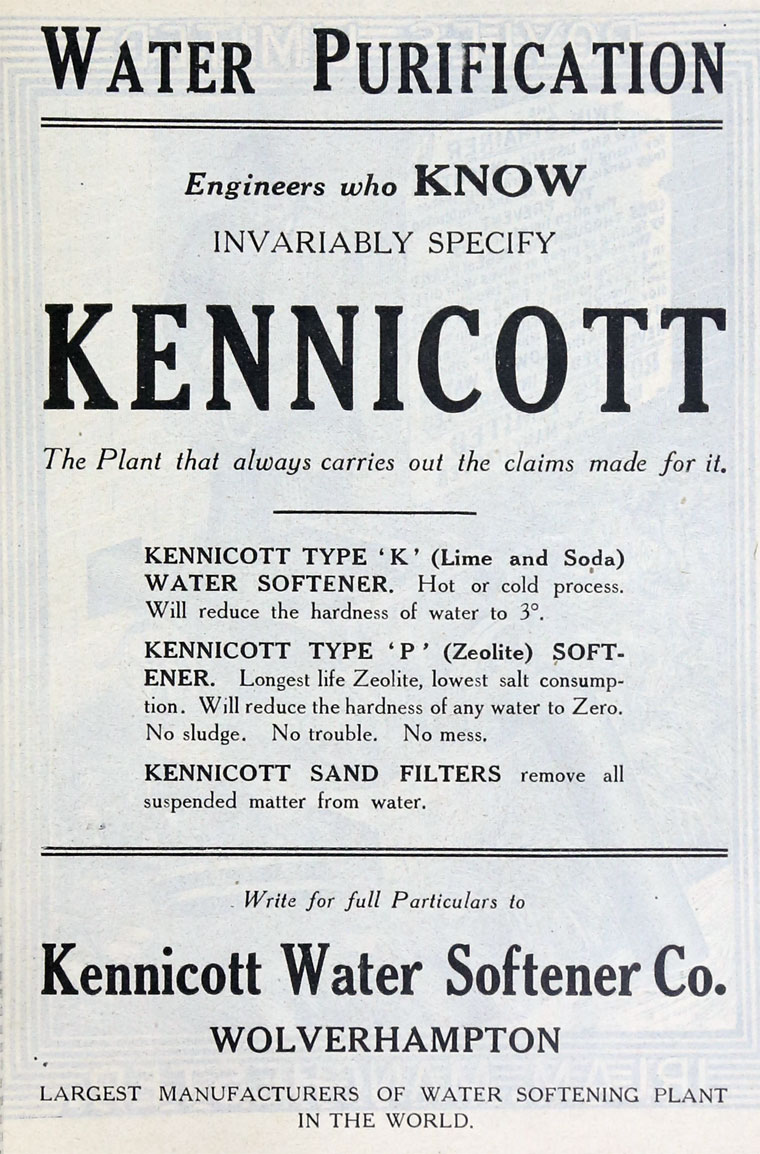 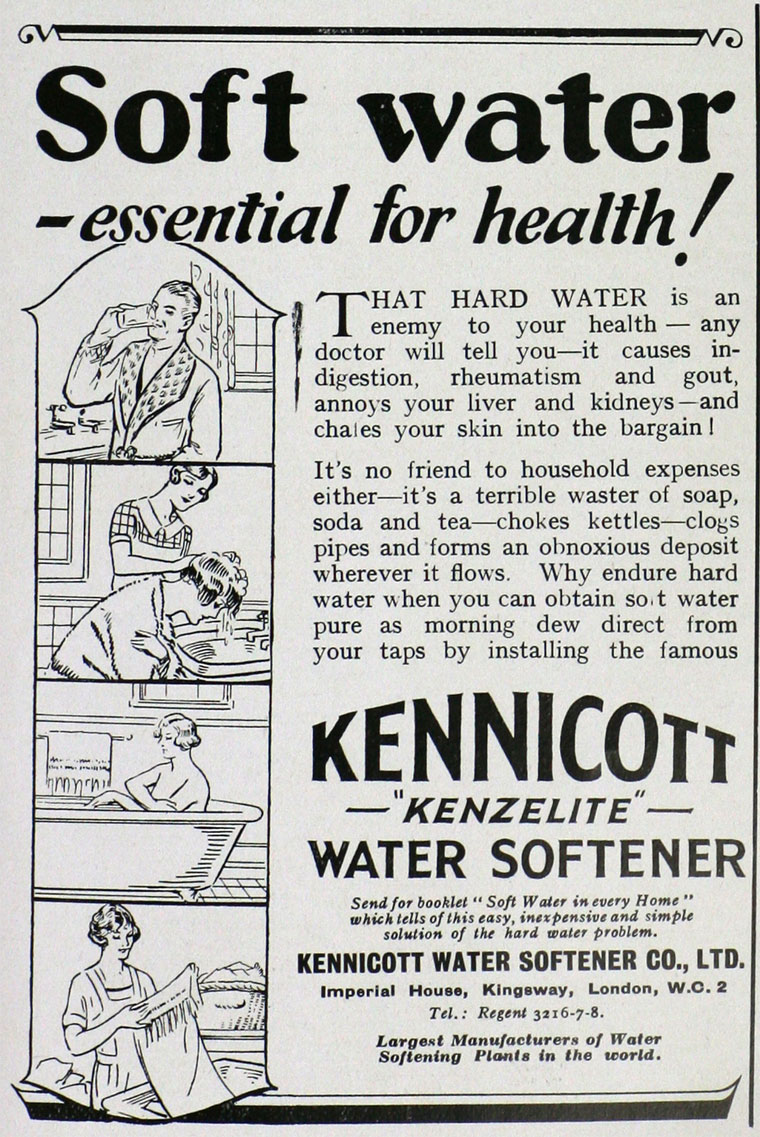 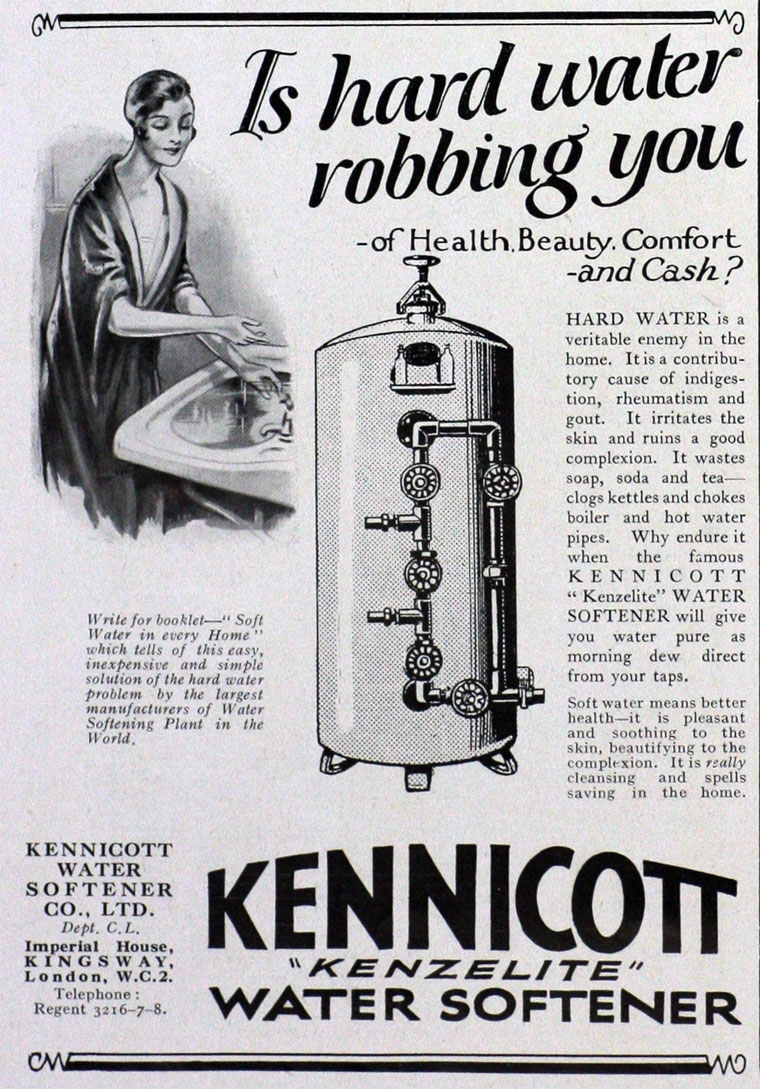 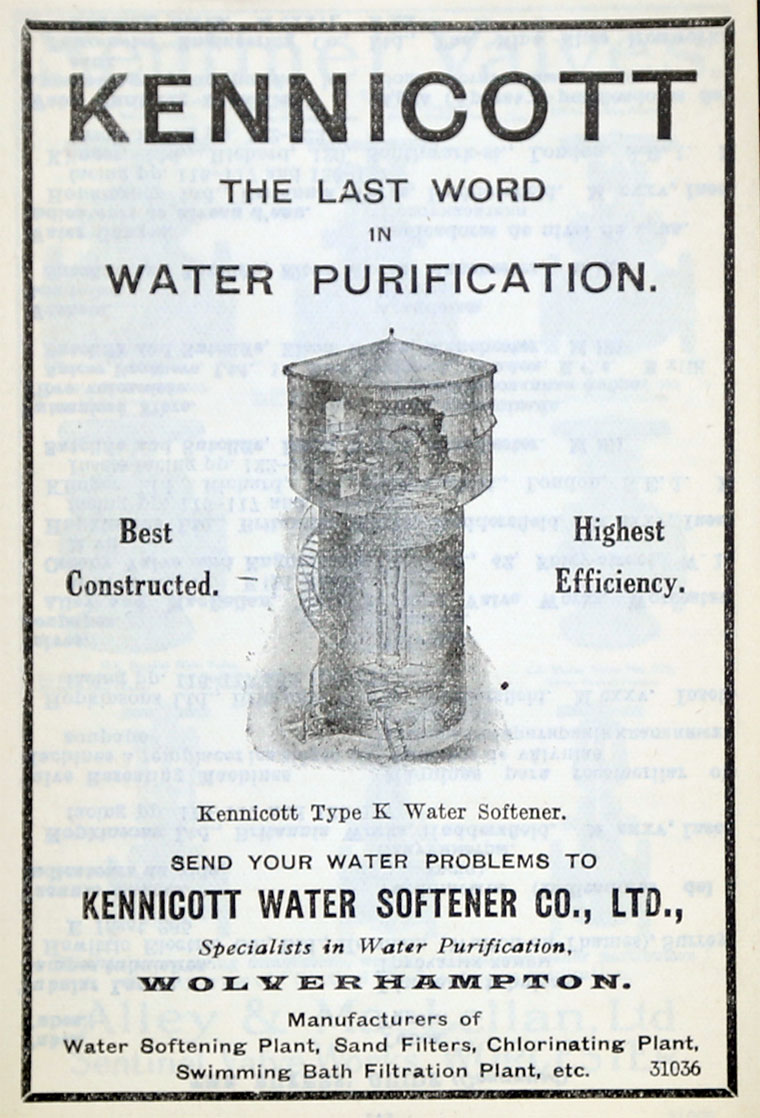 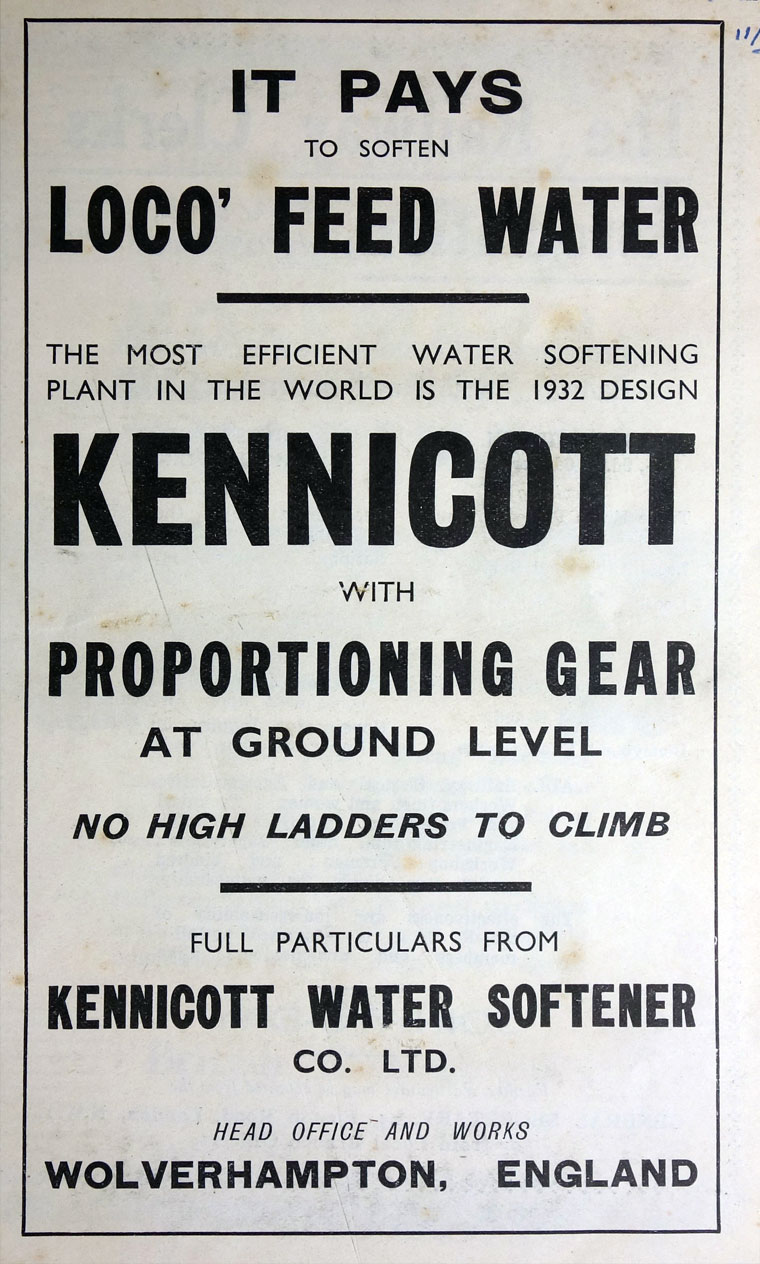 1912 John Thompson exhibited at the International Engineering and Machinery Exhibition at Olympia. Items shown included a water softening plant on the Kennicott system at work on the stand[1].

Sometime in the late 1920s Kennicott Water Softener Co was treated as a separate subsidiary, alongside the other 4 limited companies subsidiaries of John Thompson

1950s An advert referred to John Thompson's 16 subsidiary companies including: