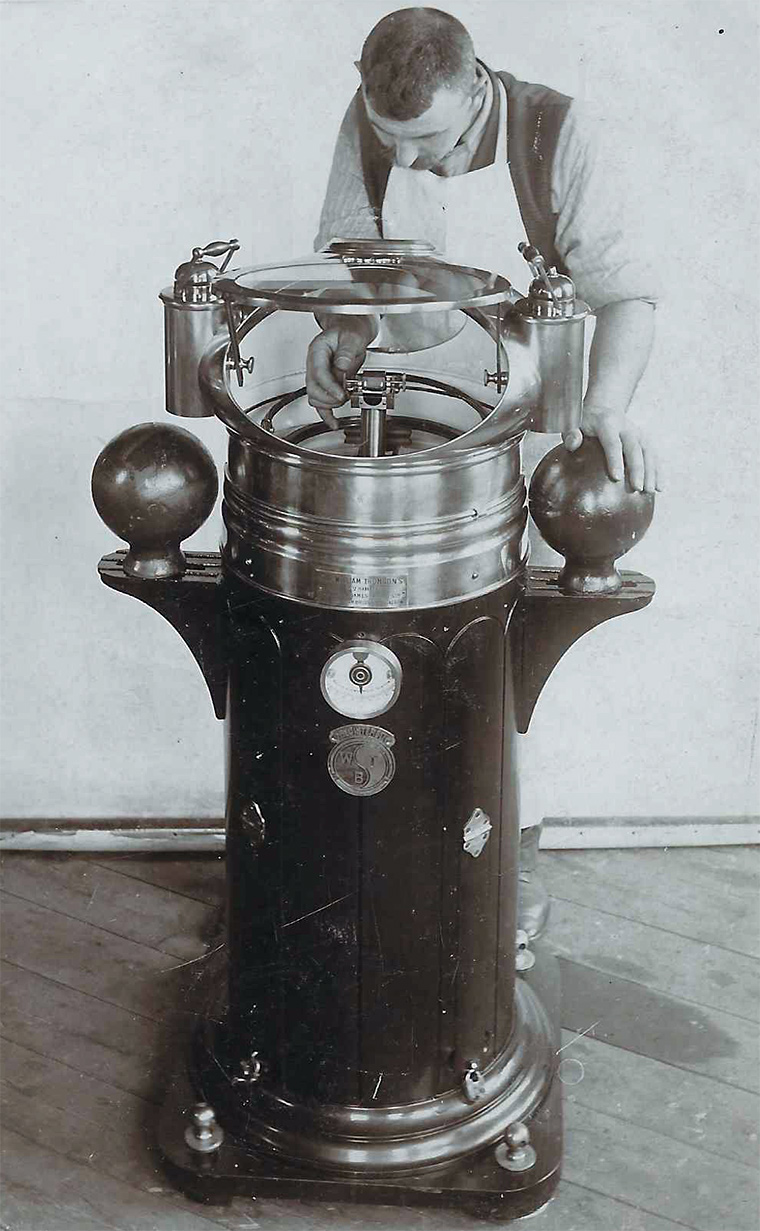 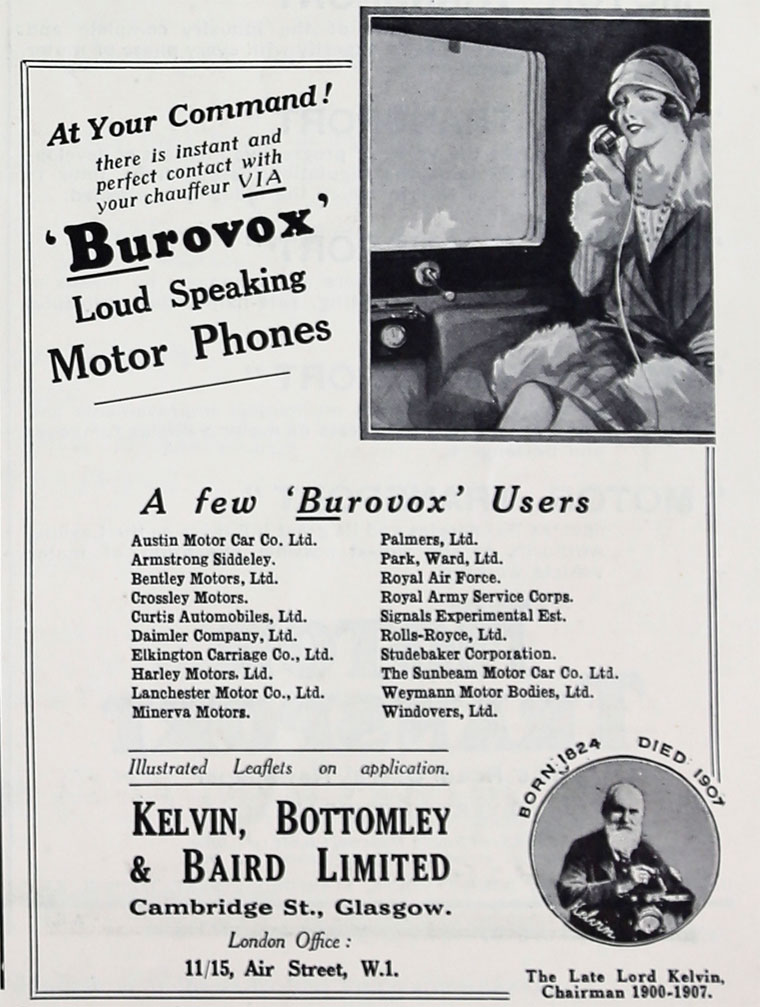 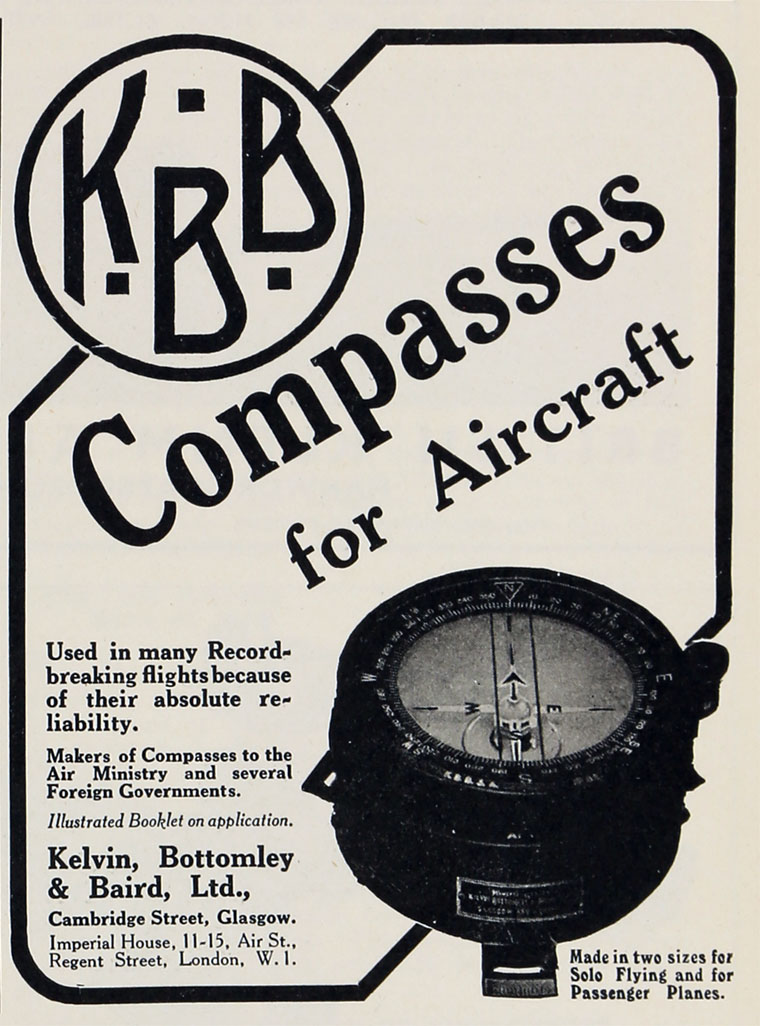 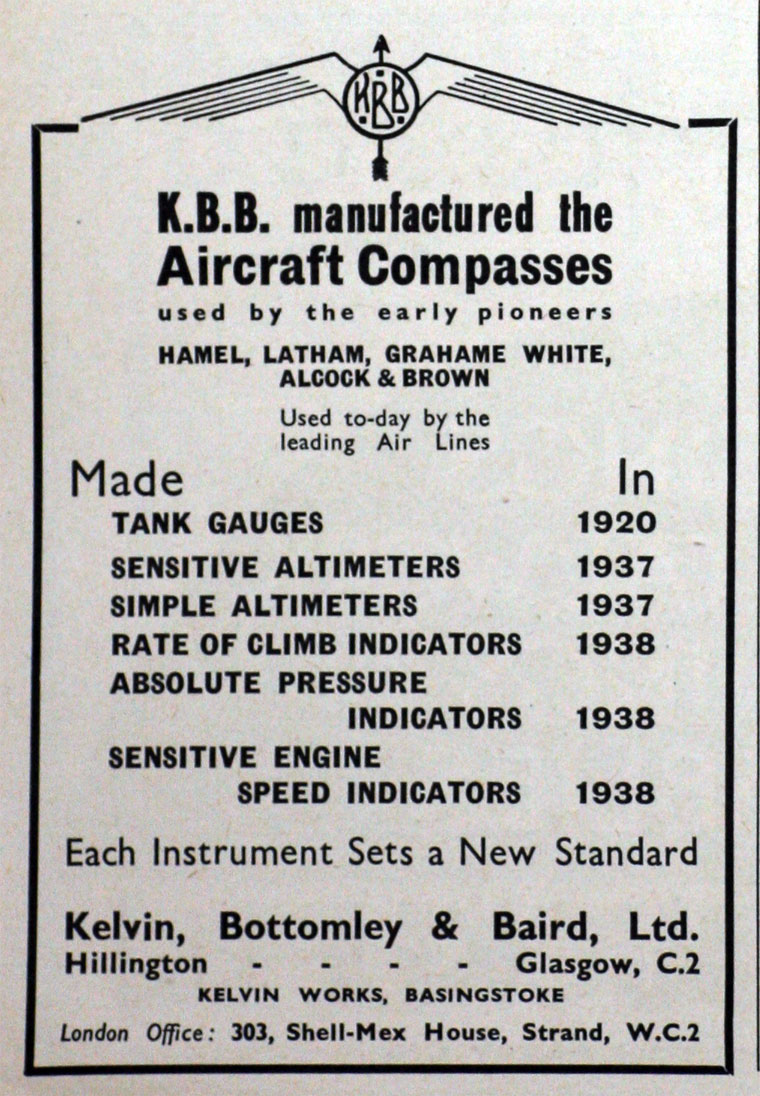 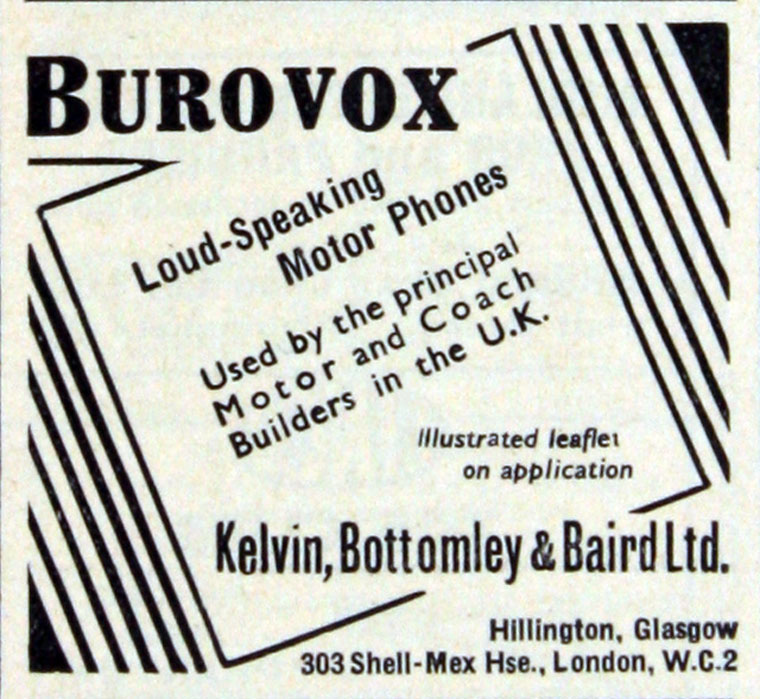 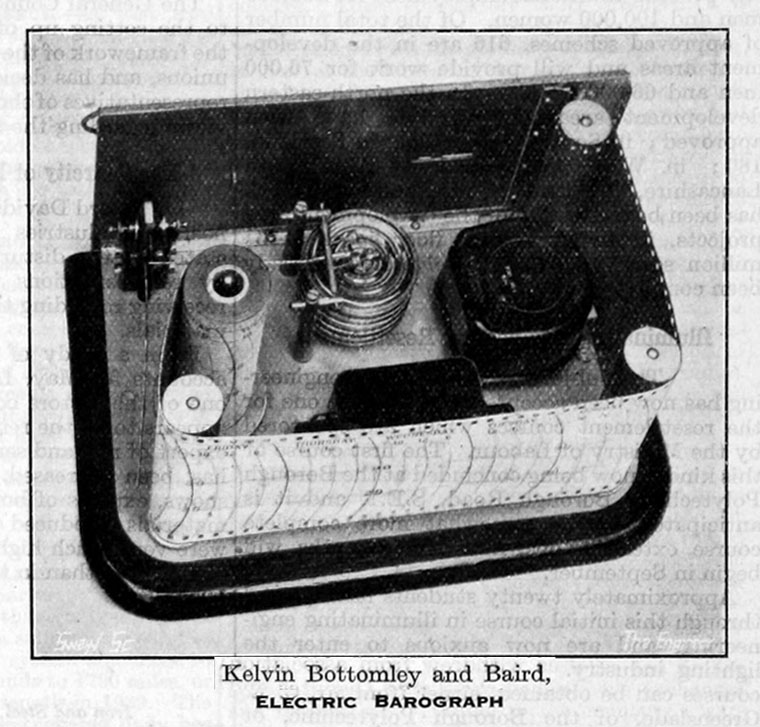 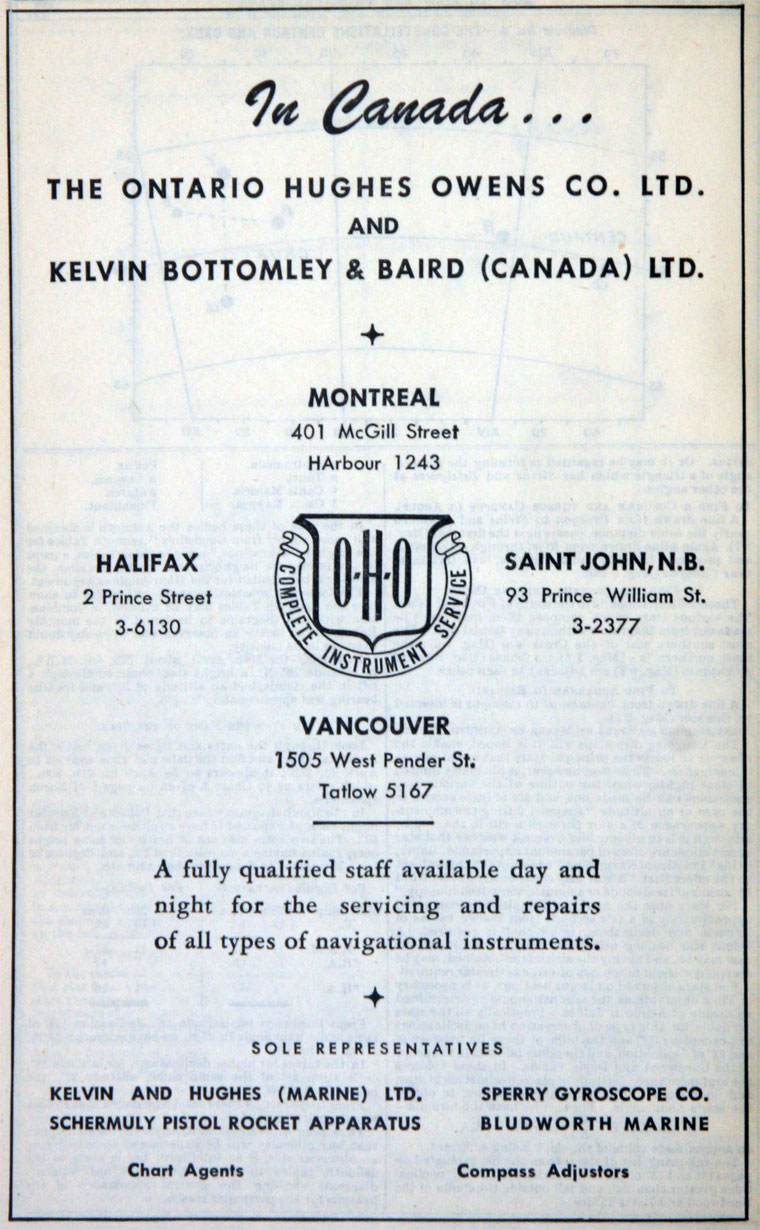 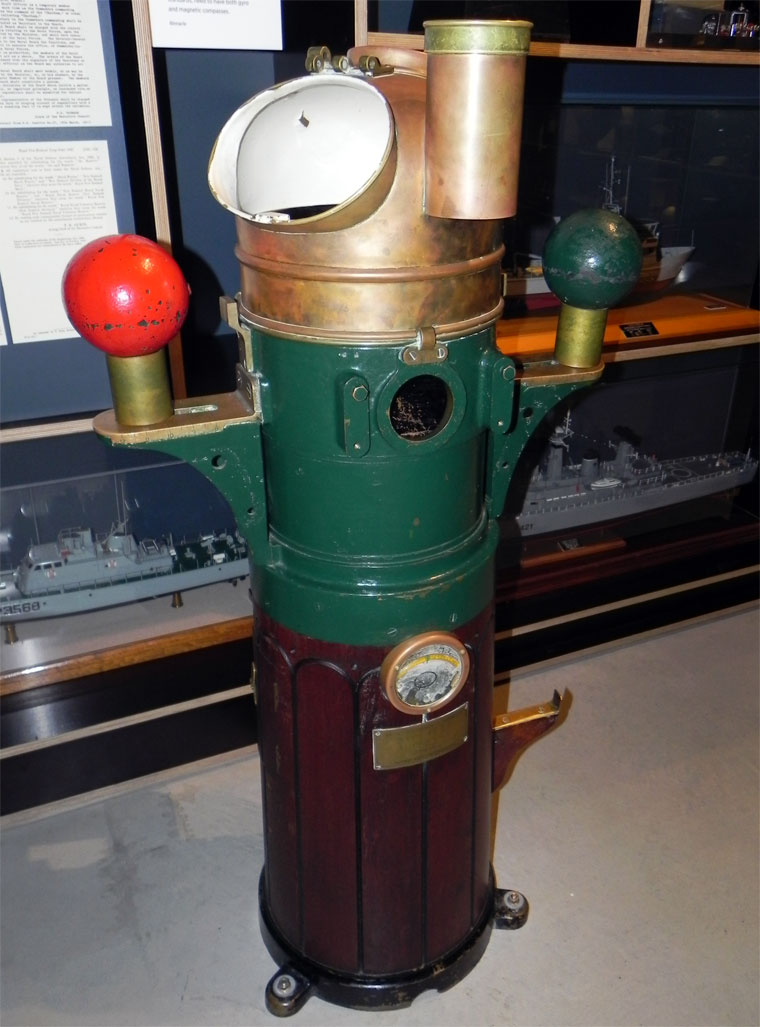 Kelvin, Bottomley and Baird of 16 and 20 Cambridge Street, Glasgow

Company developed to exploit the work of William Thomson (1824-1907), Professor of Natural Philosophy at Glasgow University from 1846-1899 and James White, a Glasgow optical maker.

1850 James White (1824-1884) founded the firm of James White, optical instrument maker in Glasgow and was involved in supplying and mending apparatus for Thomson's university laboratory and working with him on experimental constructions.

1857, White entered into a short-lived partnership, White and Barr, with John Barr which lasted until 1860 when it was dissolved and White reverted to his previous company name of James White.

1861 White was declared bankrupt in August 1861, and then discharged four months later.

1870 White was largely responsible for equipping Thomson's laboratory in the new University premises at Gilmorehill.

From 1876, White was producing accurate compasses for metal ships to Thomson's design, and this became an important part of his business in the last years of his life. He was also involved in the production of sophisticated sounding machinery that Thomson had designed to address problems encountered in laying cables at sea, helping to make possible the first transatlantic cable connection. At the same time, he continued to make a whole range of more conventional instruments such as telescopes, microscopes and surveying equipment. White's association with Thomson continued until he died.

After his death, his business continued under the same name, being administered by Matthew Edwards (until 1891 when he left to set up his own company) and David Reid.

1884 Raised most of the capital needed to construct and equip new workshops in Cambridge Street, Glasgow. At the Cambridge Street premises, the company continued to make the compass Thomson had designed during the 1870s and to supply it to the Admiralty. At the same time, the firm became increasingly involved in the design, production and sale of electrical apparatus.

1900 The company was incorporated as a private limited liability company, Kelvin and James White Ltd which acquired the business of James White. Lord Kelvin became a director and his nephew, James Thomson Bottomley, joined the firm.

c.1904 A London branch office was opened which by c1915 had become known as Kelvin, White and Hutton Ltd.

1941 A collaboration was entered into with Henry Hughes and Son, resulting in the establishing of Marine Instruments.

1947 As a result of the success of this collaboration, the two companies amalgamated as Kelvin and Hughes; existing shareholders were invited to contribute to new shares; the semi-private nature of the business was not changed and no shares were offered to the general public[4]