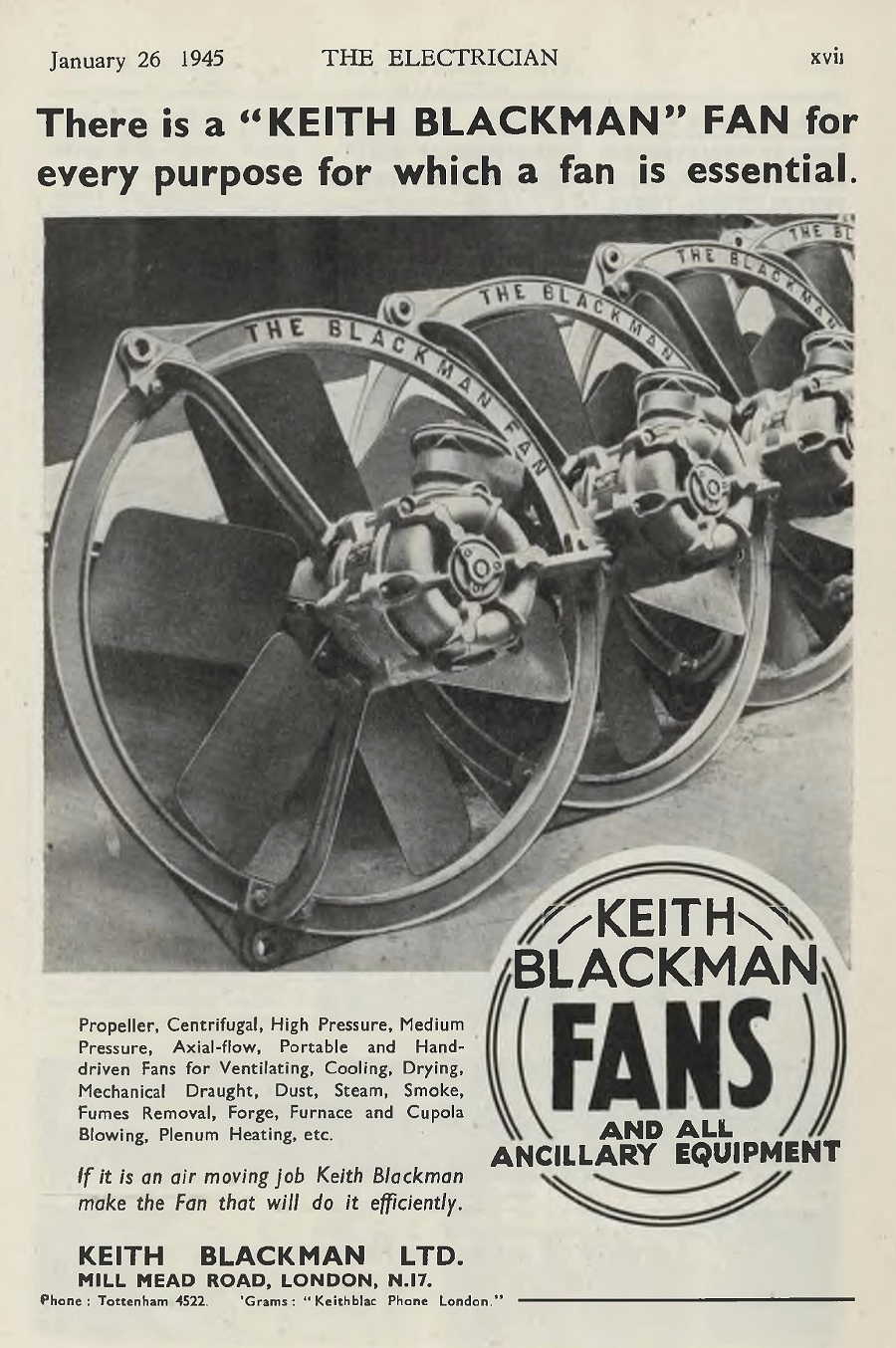 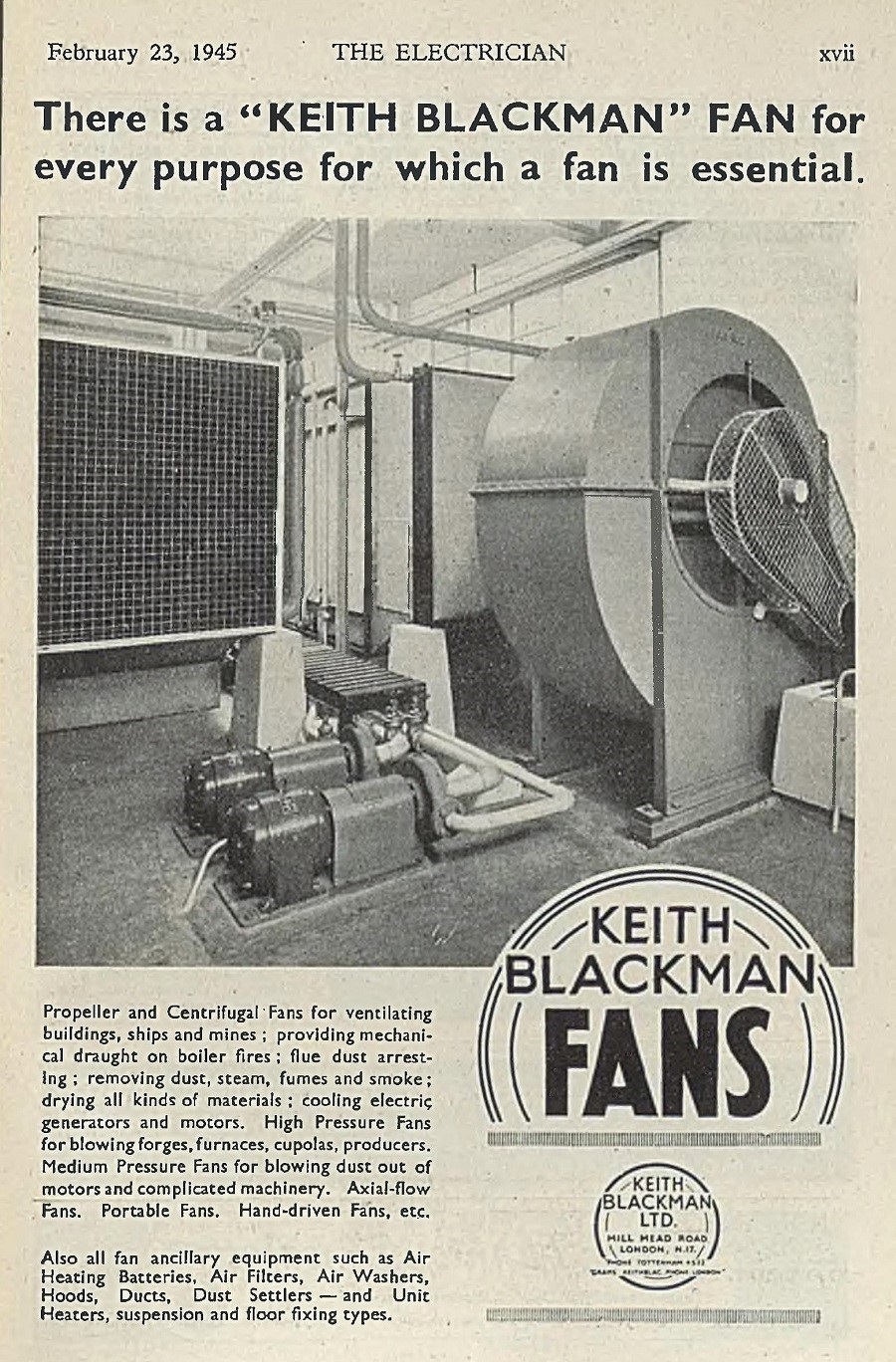 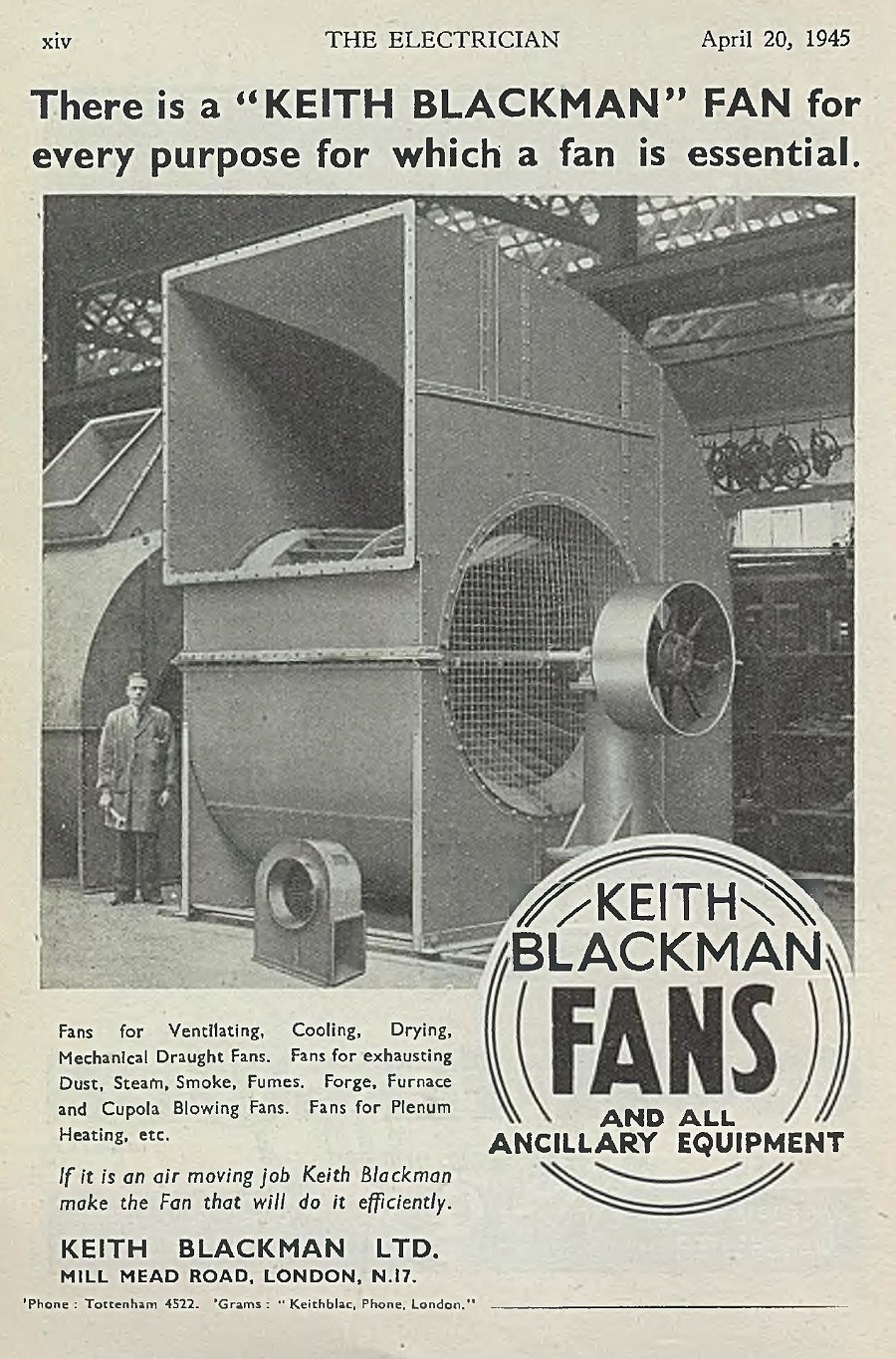 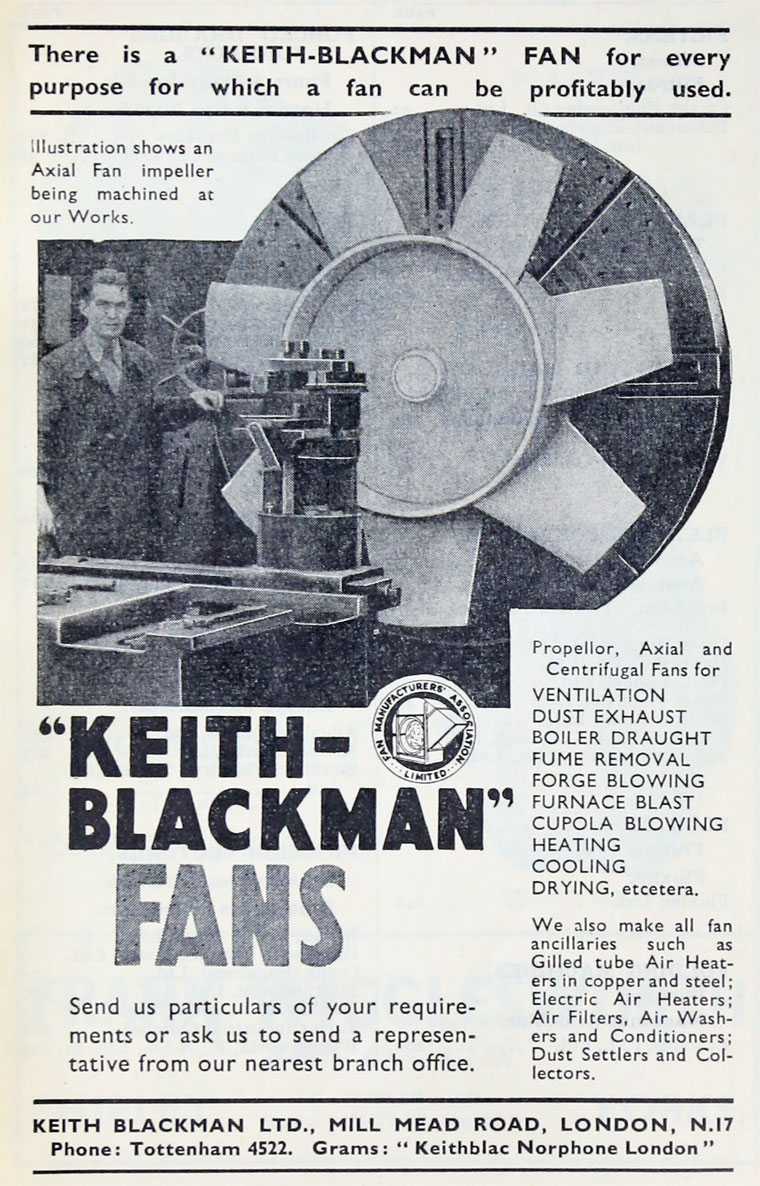 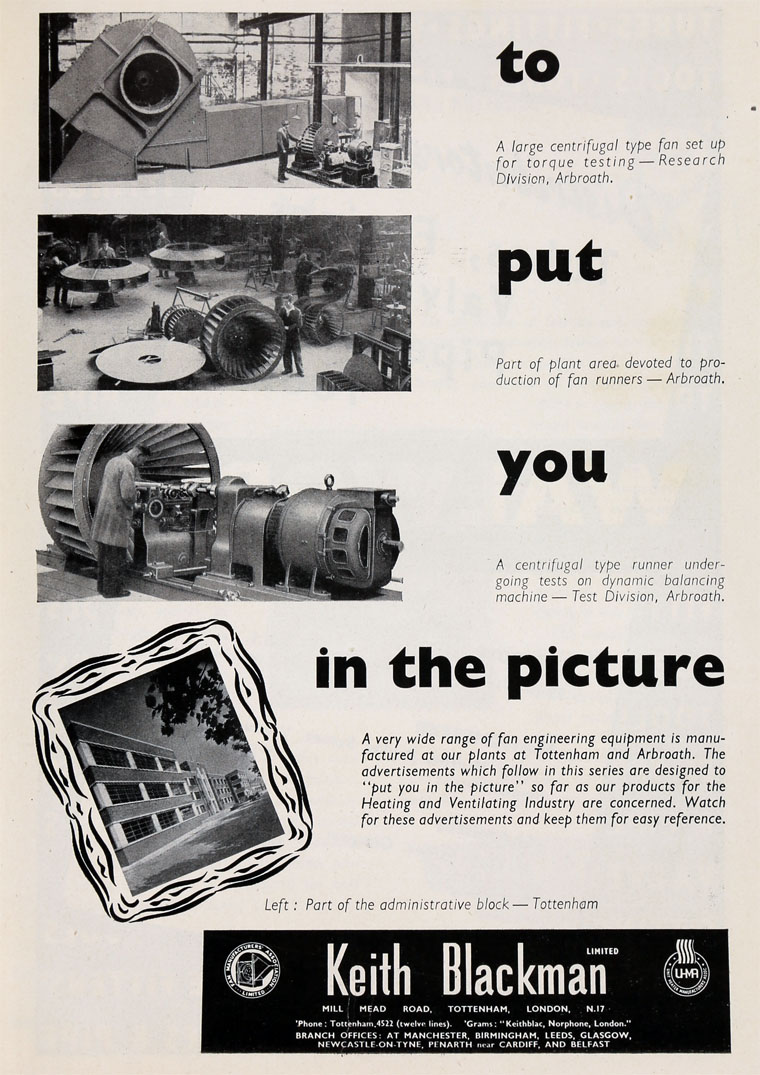 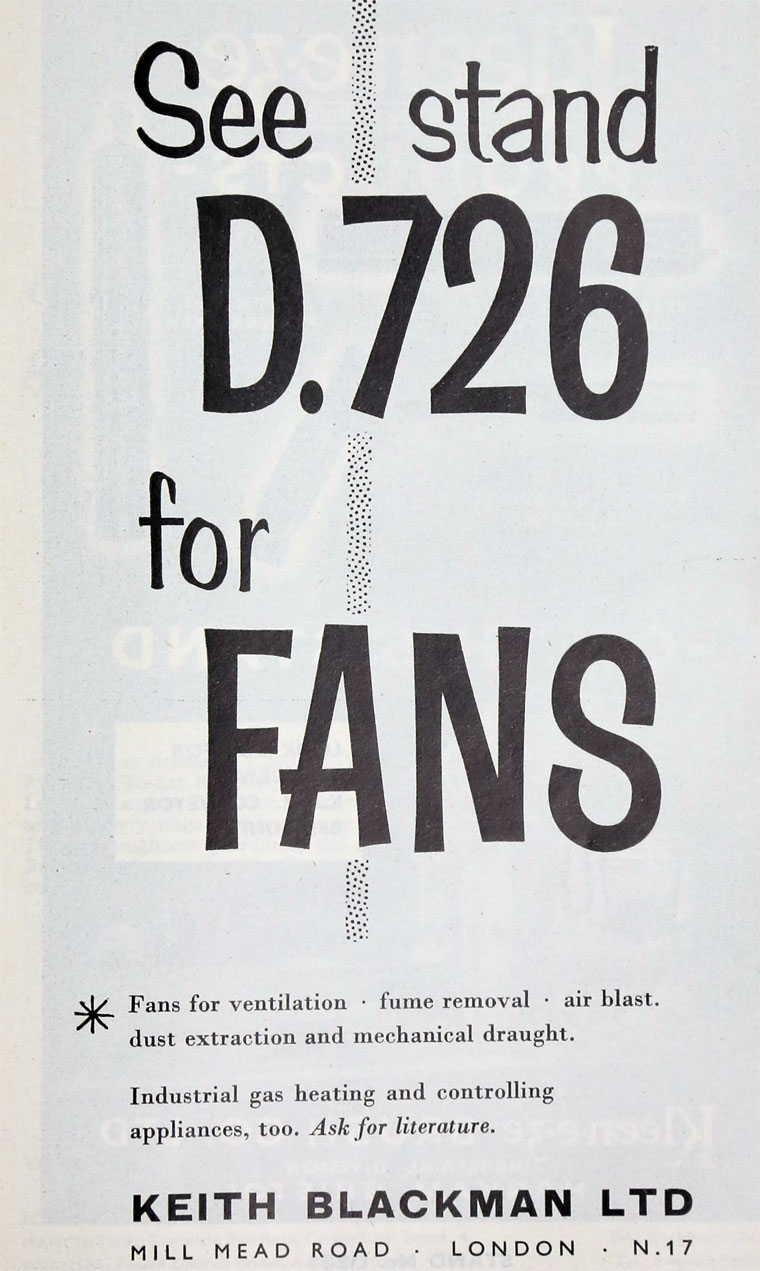 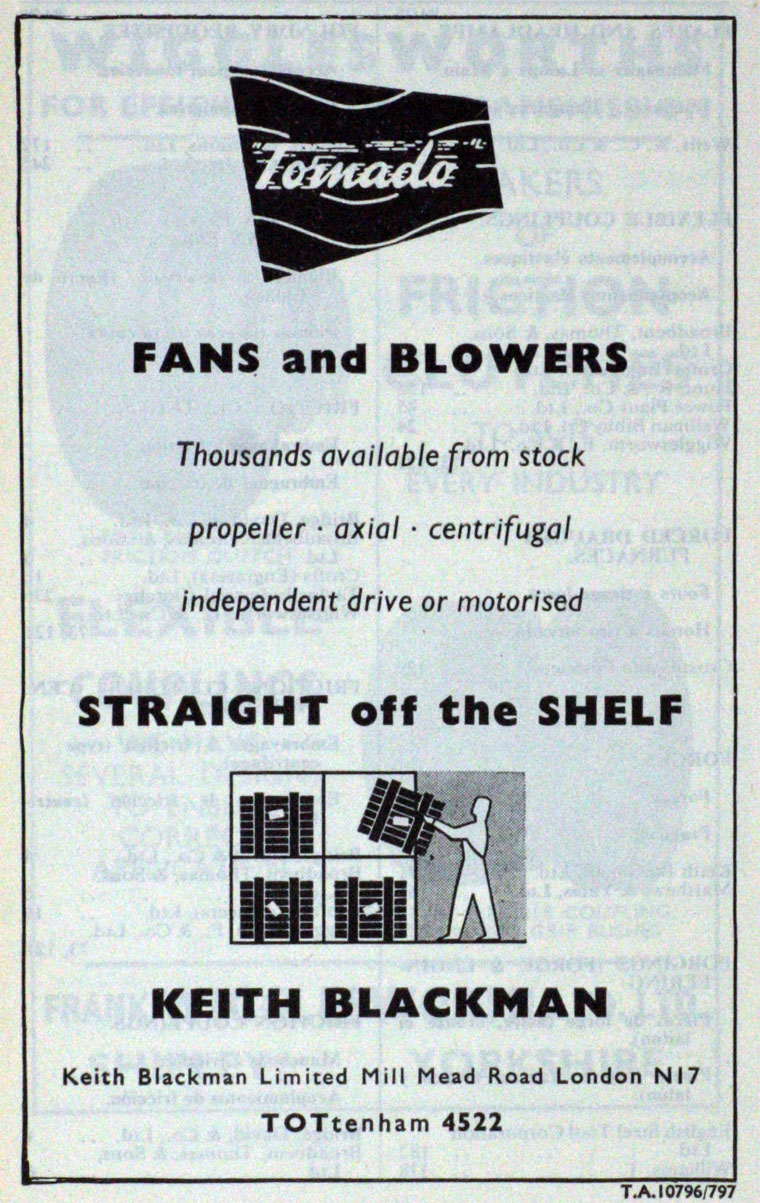 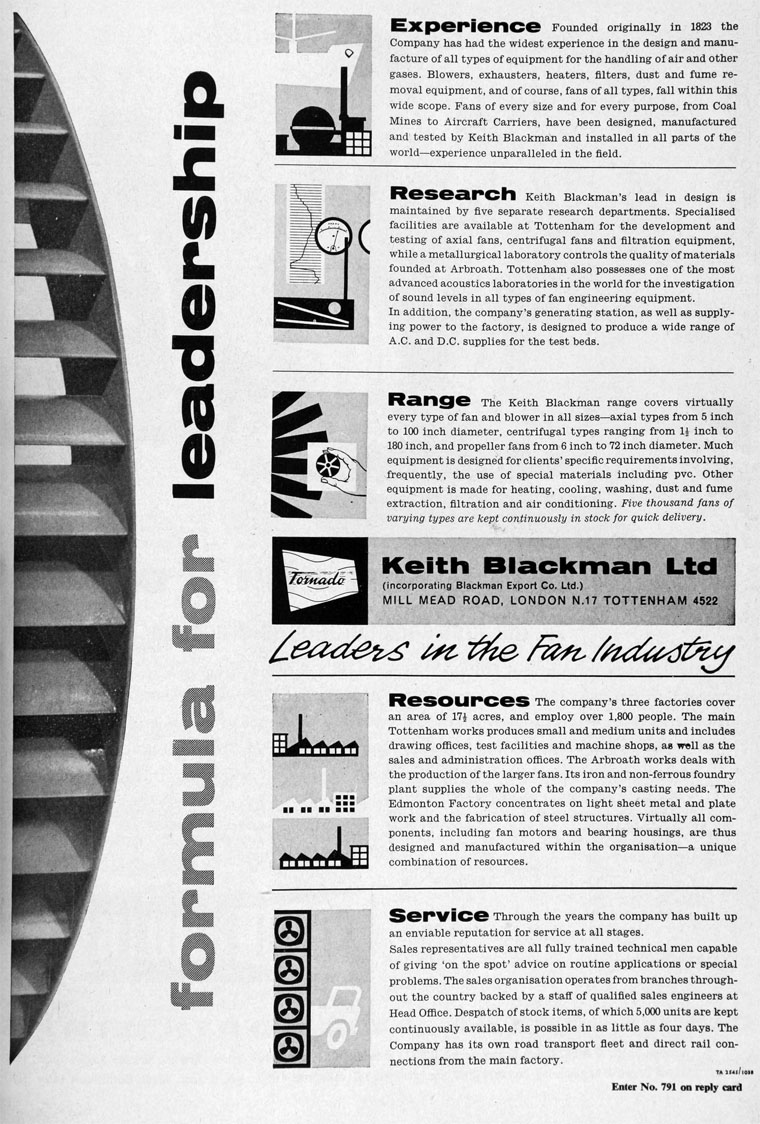 1900/1 These two concerns were amalgamated under the title James Keith and Blackman Co.

1945 Advert for fans for the ventilation of buildings, ships, mines etc.

1961 Mechanical and electrical engineers and manufacturers of farm engineering equipment and industrial gas systems, both of the heating and high pressure types.[3]

1968 June: Slater Walker sold Blackman to GEC at a loss[5]. The company would be joined with GEC's Woods of Colchester subsidiary[6] in GEC Light Industrial Products.

1978 Mont Engineering acquired the business of Keith Blackman Gas Engineers, pioneers in the development of gas combustion equipment, specializing in compressors, air/gas mixers, and burners for all industrial and commercial applications.