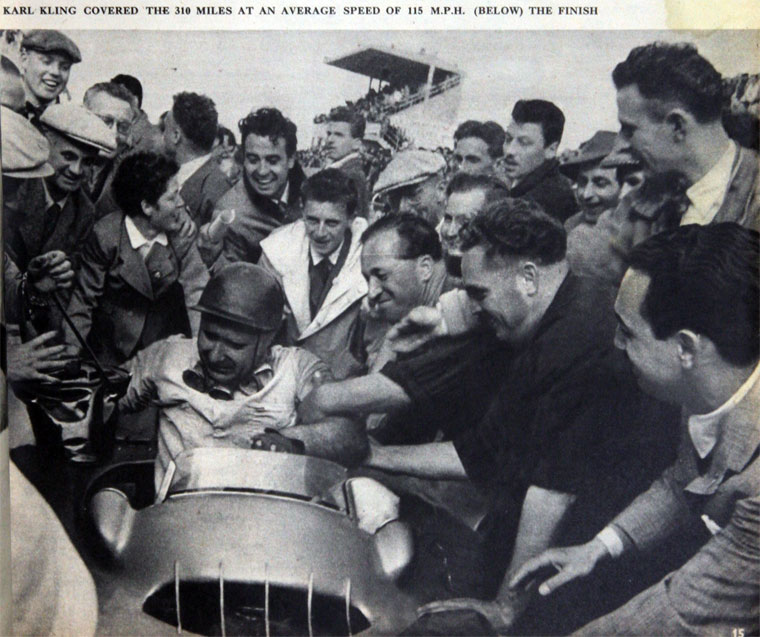 He was a German motor racing driver and manager. He participated in 11 Formula One Grands Prix, the first being on 4 July 1954. He achieved 2 podiums, and scored a total of 17 championship points.

His first job was at Daimler-Benz in the mid-1930s, competing in hillclimb and trials events in production machinery in his spare time.

During the Second World War he gained mechanical experience servicing Luftwaffe aircraft, and after the cessation of hostilities he resumed his motorsport involvement in a BMW 328.

Klings driving was instrumental in developing Mercedes' return to international competition in the early 1950s.

In 1952 he won the Carrera Panamericana road race, driving the then-experimental Mercedes-Benz 300SL.

In 1954 he finished less than one second behind Juan Manuel Fangio on his Formula One debut, taking second place in the 1954 French Grand Prix at the Reims-Gueux circuit.

In 1955 Stirling Moss started with Mercedes and Kling became the third driver.

Kling won in both the Berlin Grand Prix (at AVUS) and the Swedish Grand Prix. He left the Formula One team at the end of the season, to succeed Alfred Neubauer as head of Mercedes motorsport.

In 1961 he drove a Mercedes-Benz 220SE in the Algiers-Cape Town trans-African rally and won.[1]