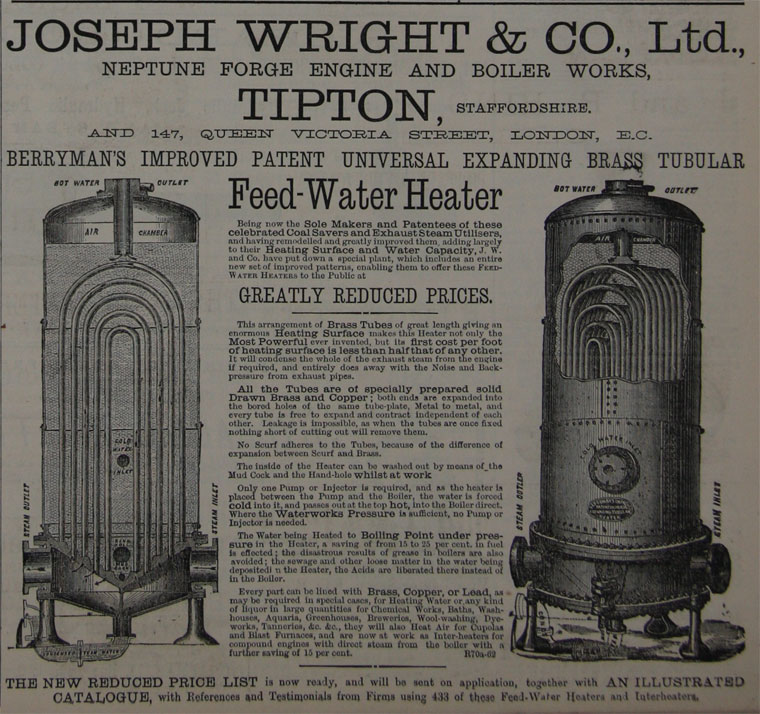 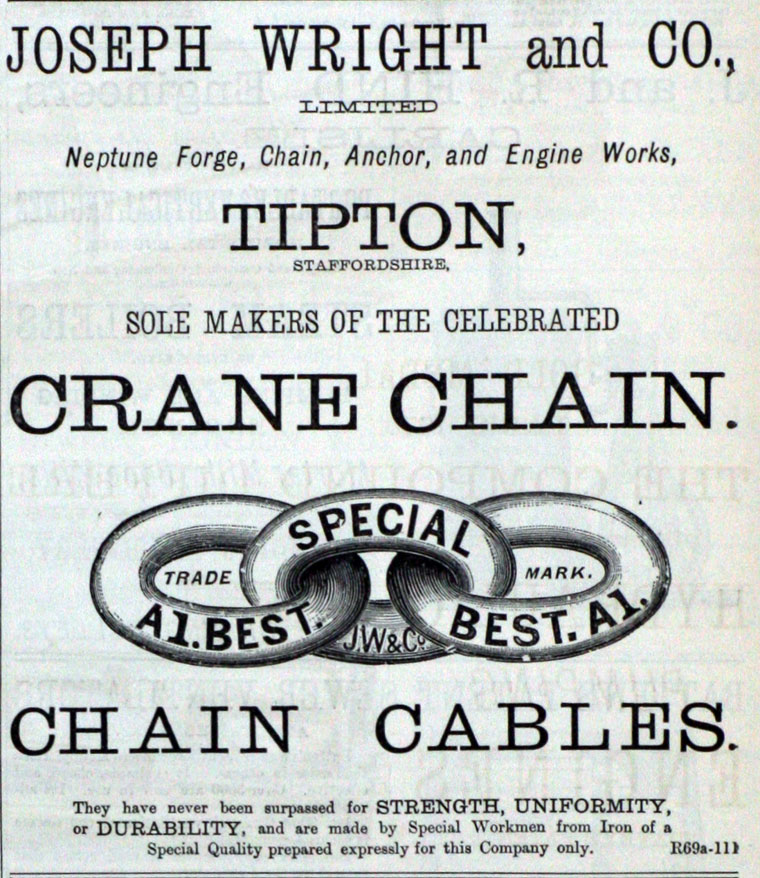 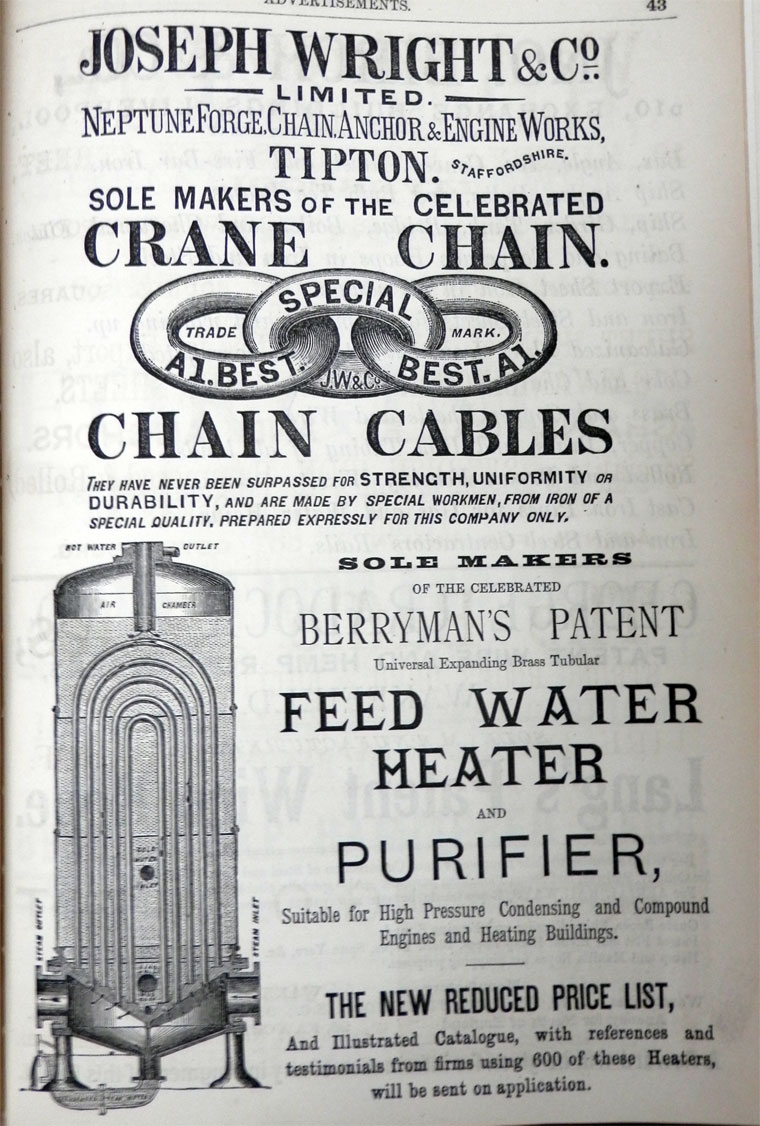 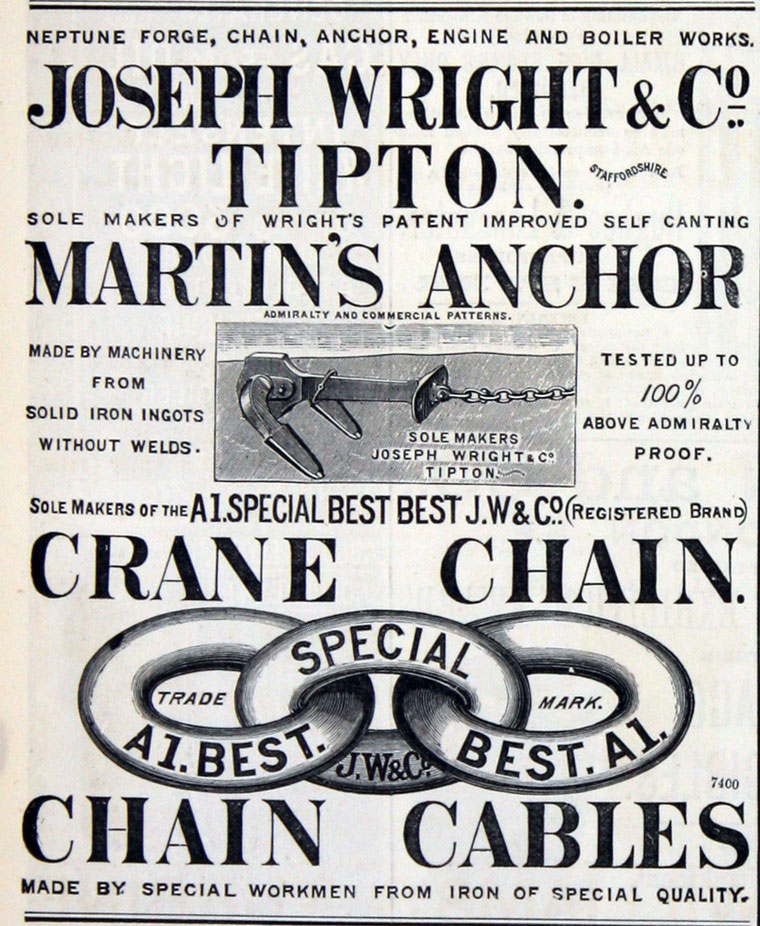 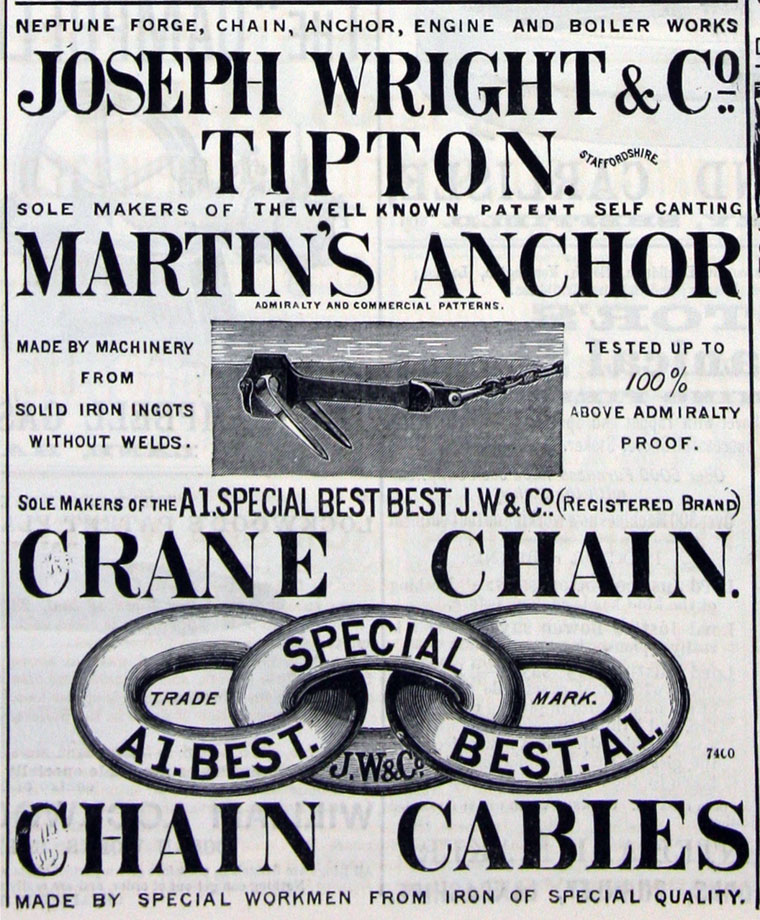 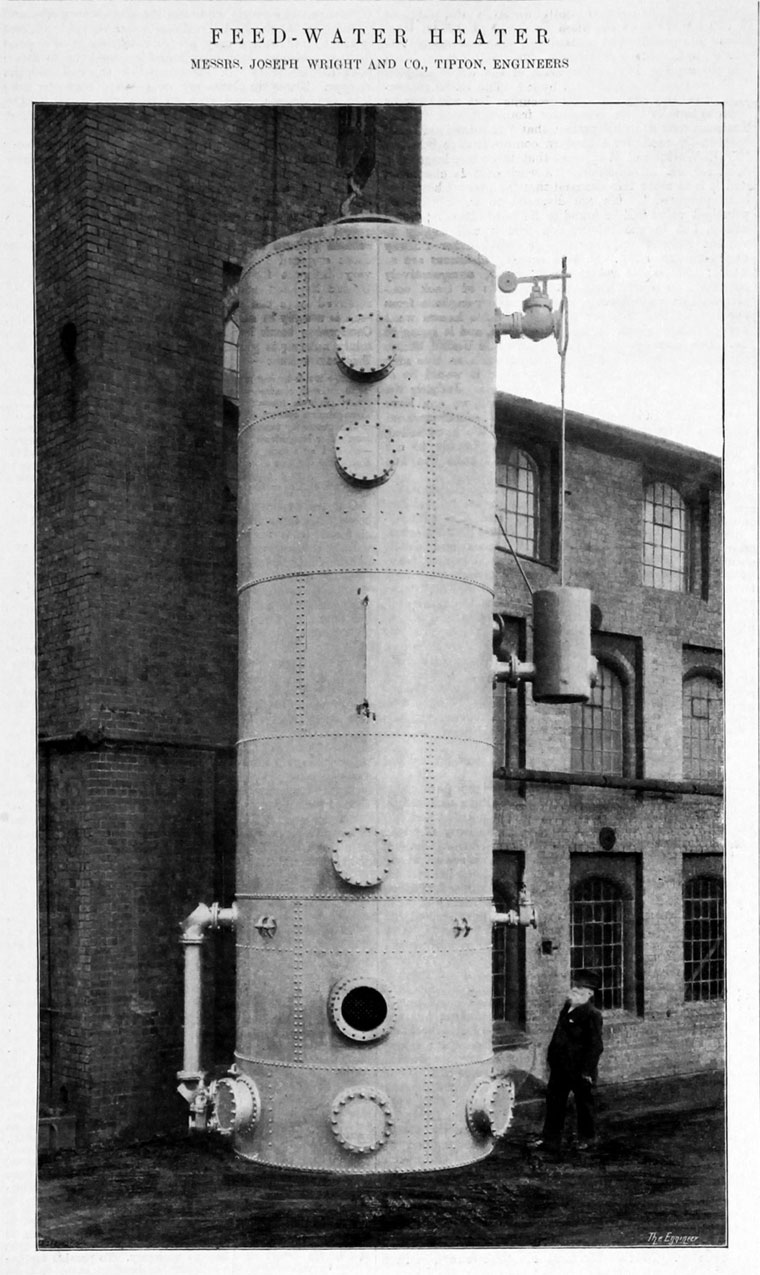 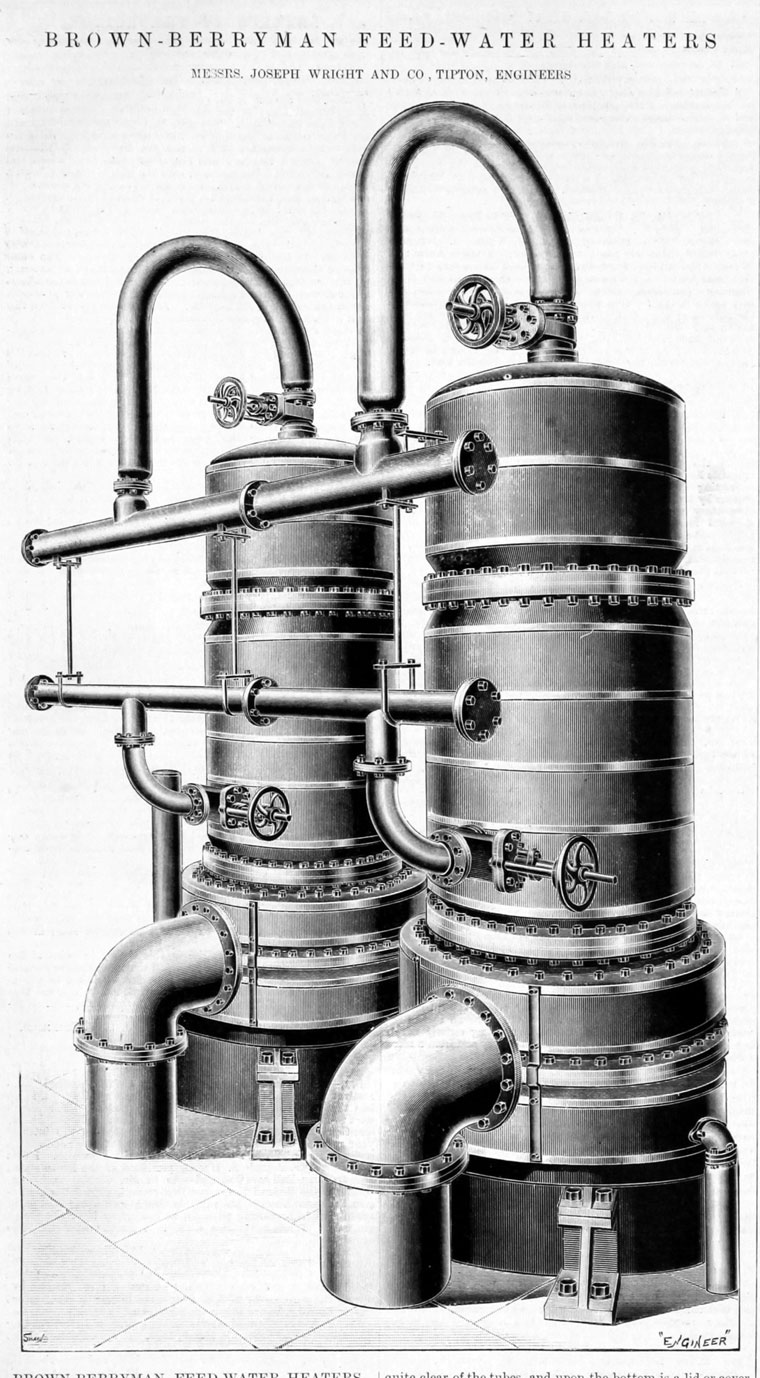 1860/2 Joseph Wright left the Teesdale Iron Works and returned to Dudley, where he founded a business with his father-in-law, Mr. Thomas Tinsley, as chain and anchor makers at Tipton.

It rapidly extended, until under the title of Joseph Wright and Co, it became one of the largest chain and anchor works in England.

1903 Company received an order from The Wath Main Colliery Co near Rotherham, for a multiplex heater detarteriser, to heat and soften about 18,000 gallons of water per hour. "This apparatus will be 35ft. high by 8ft. diameter, and will weigh about 40 tons. We believe that this will be the largest apparatus of the kind ever made." [3]