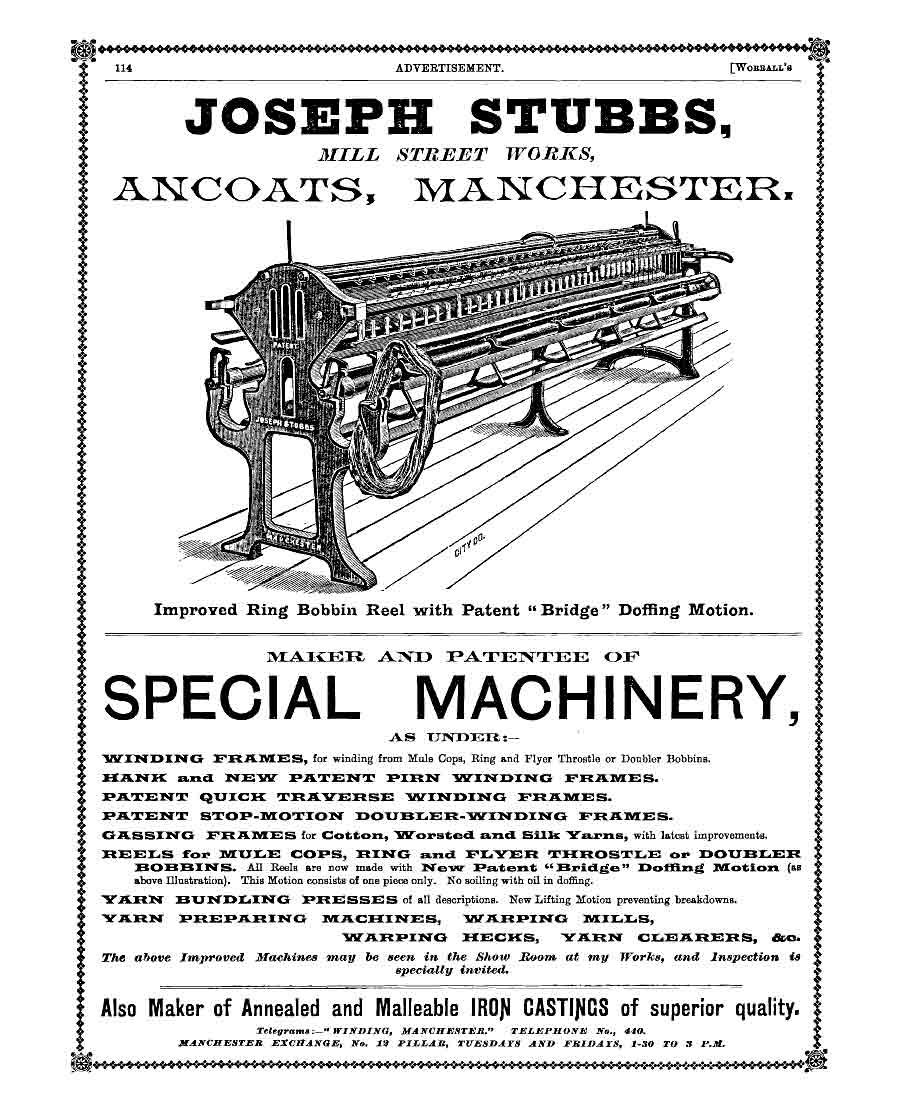 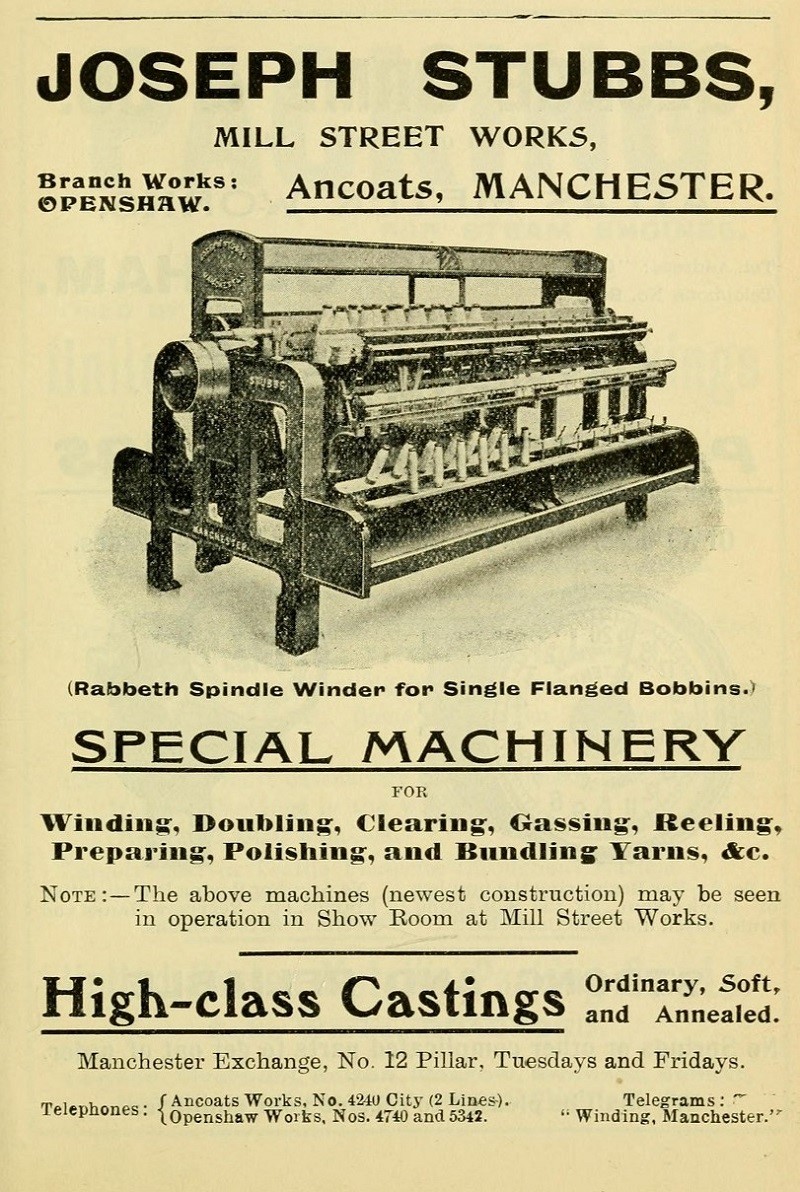 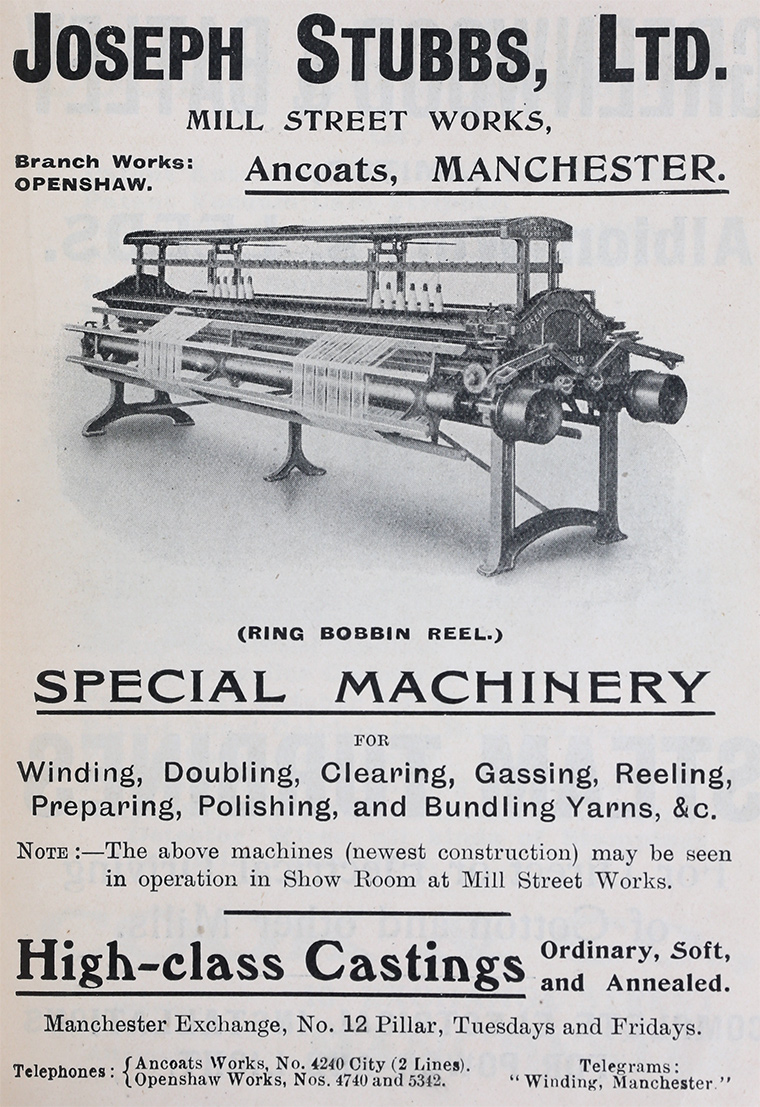 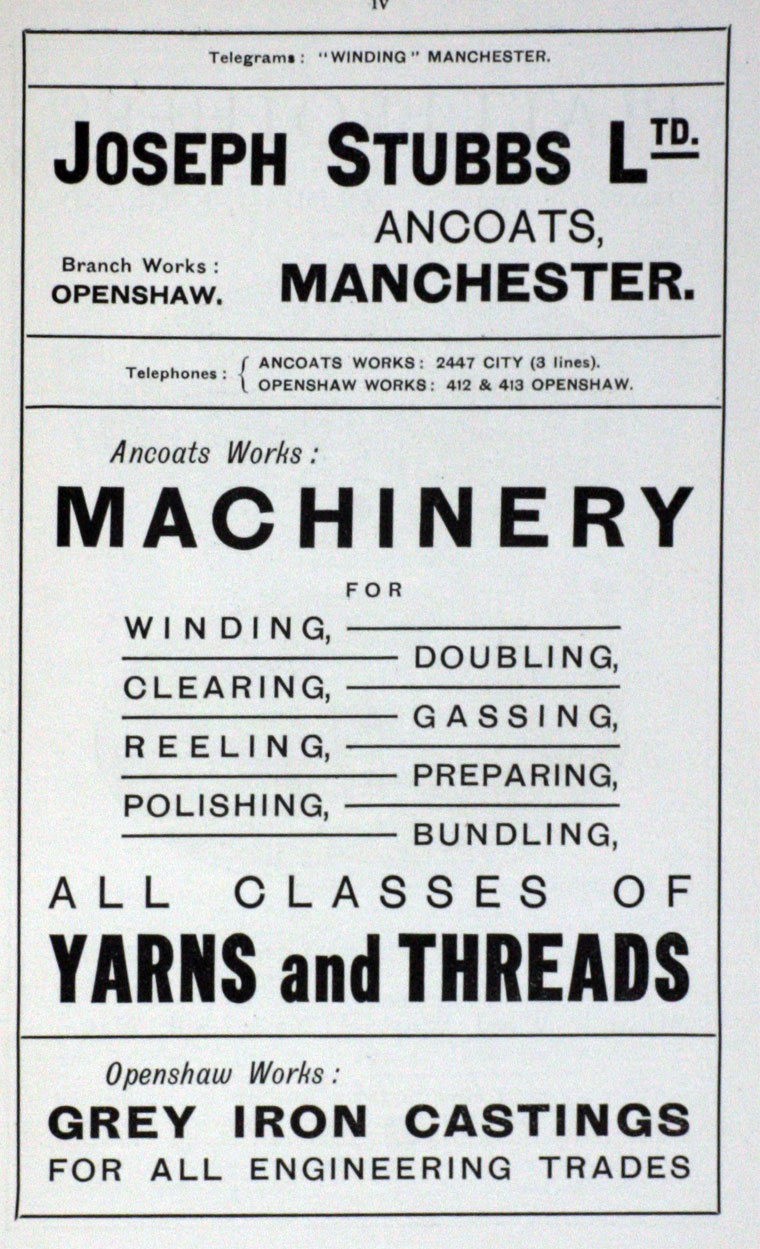 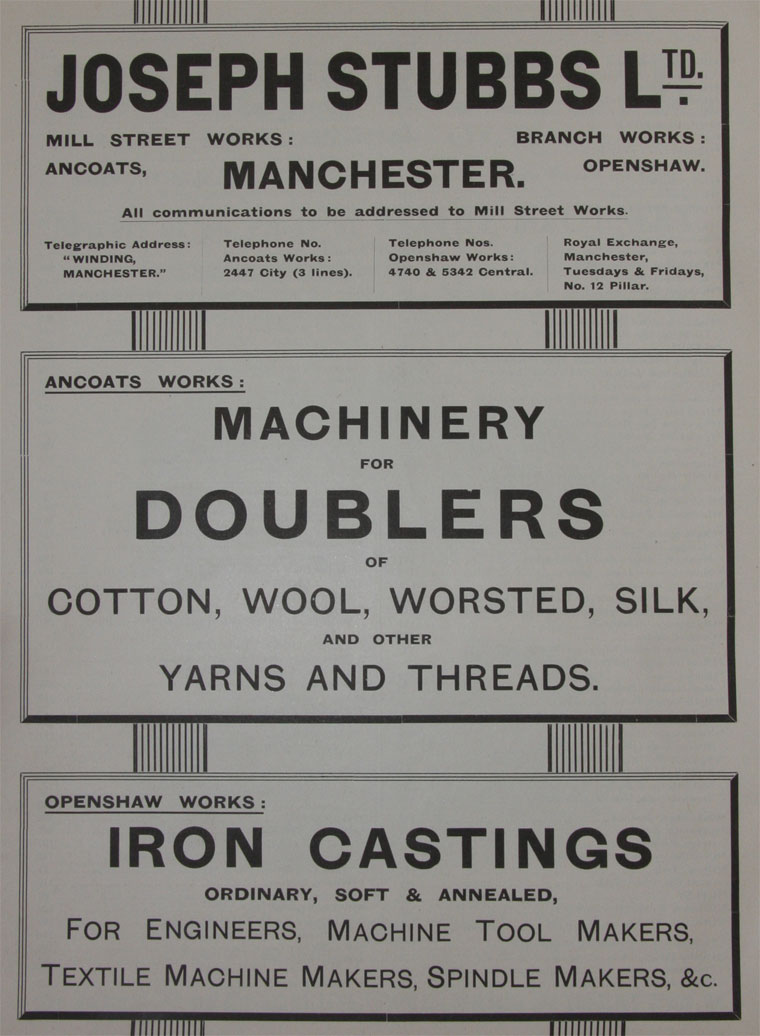 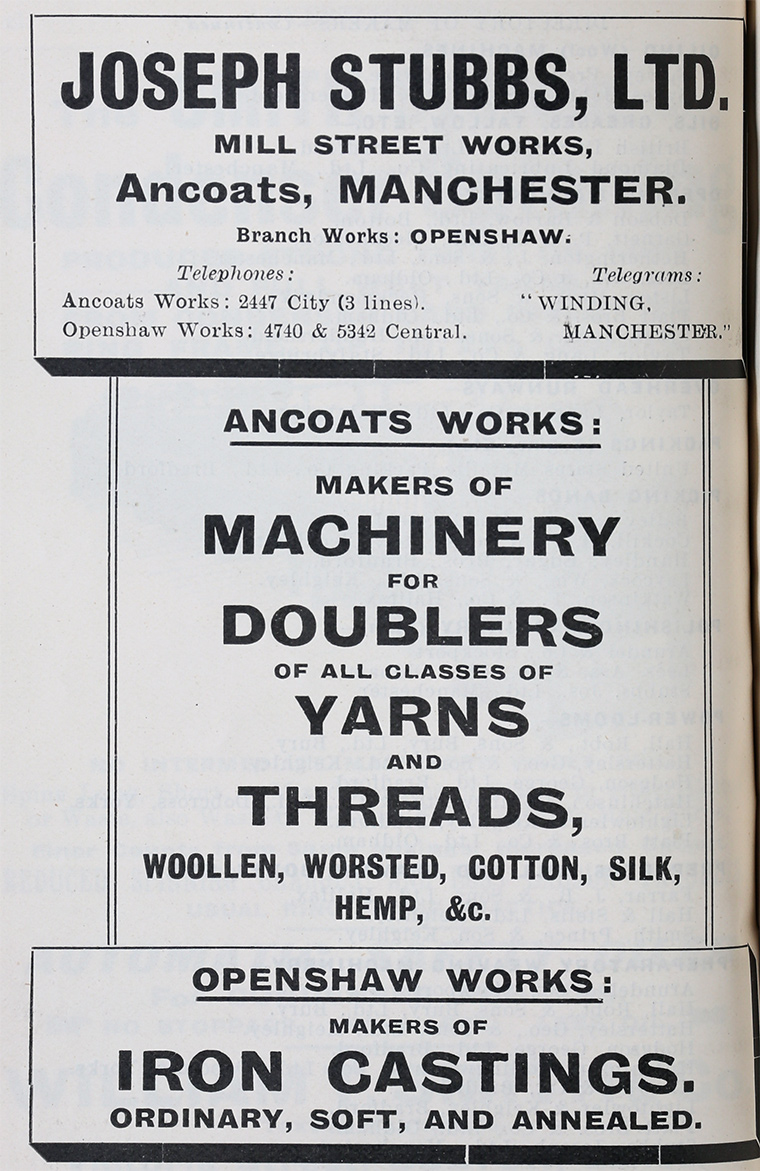 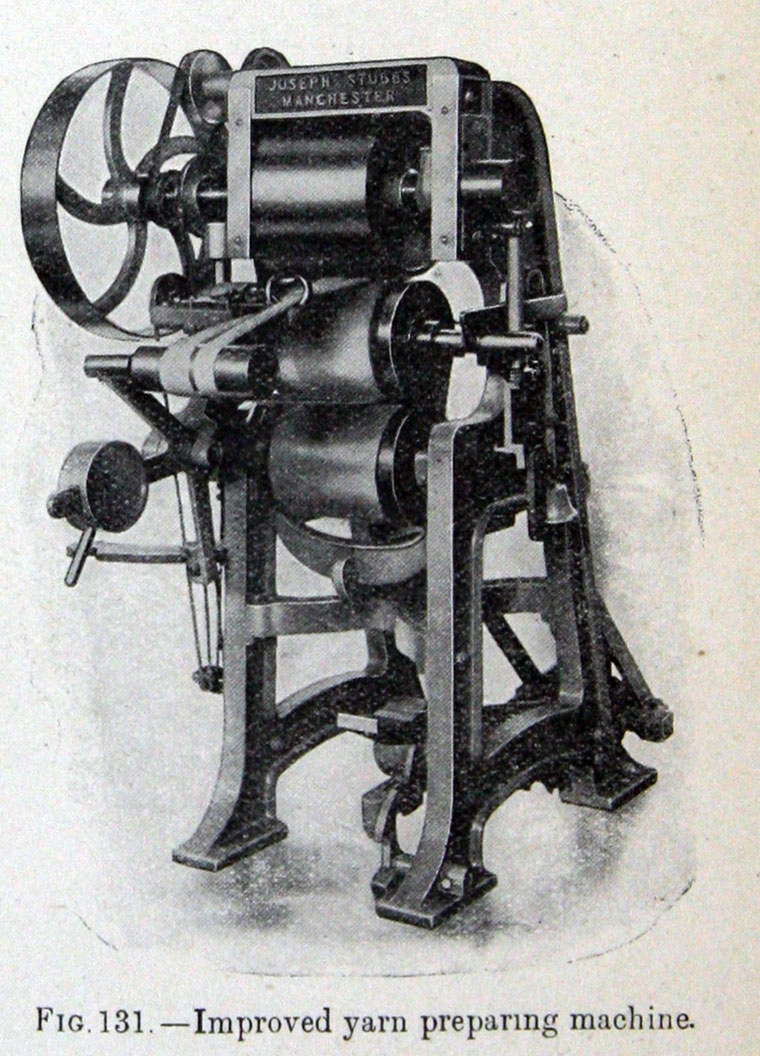 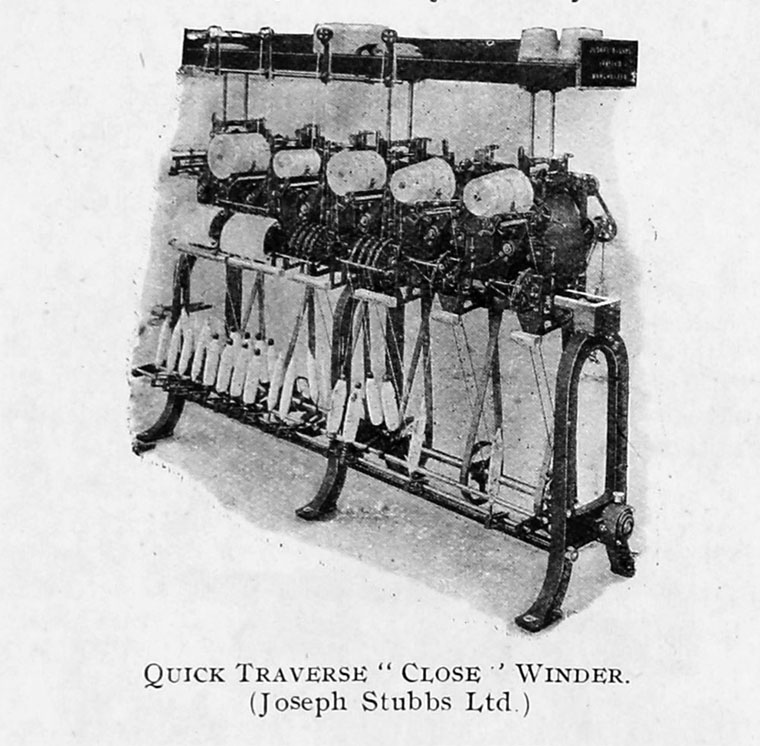 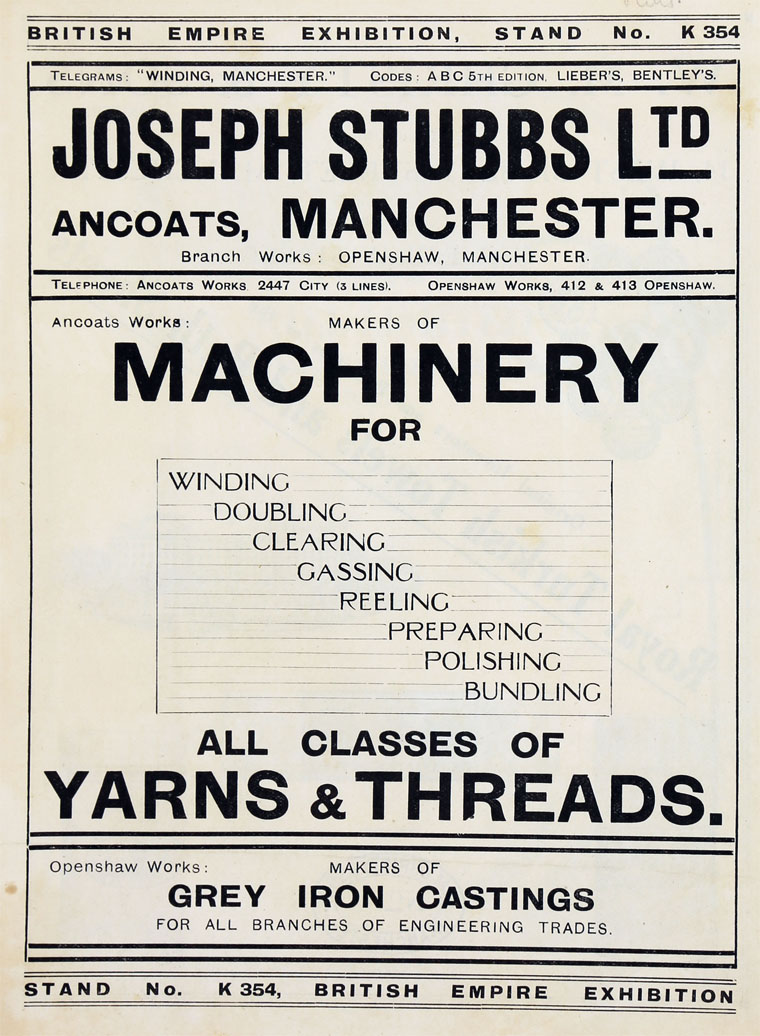 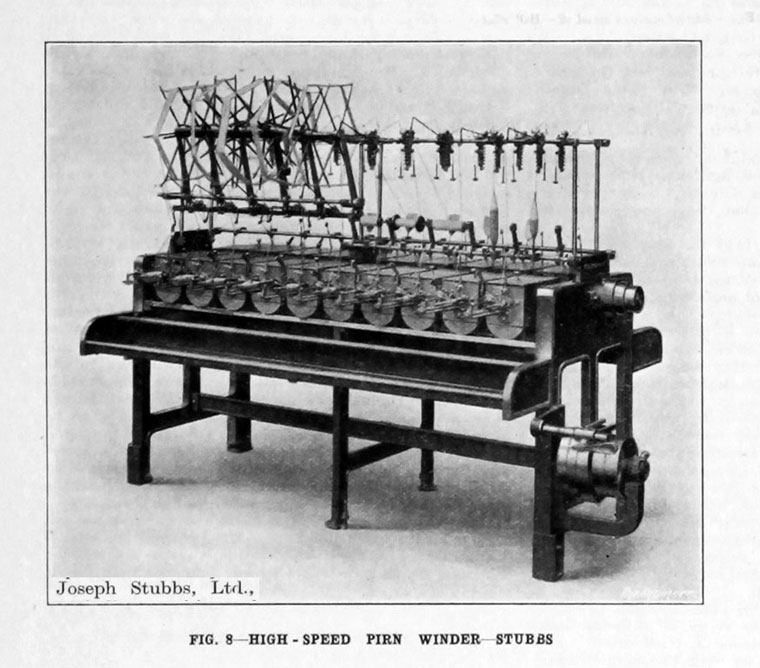 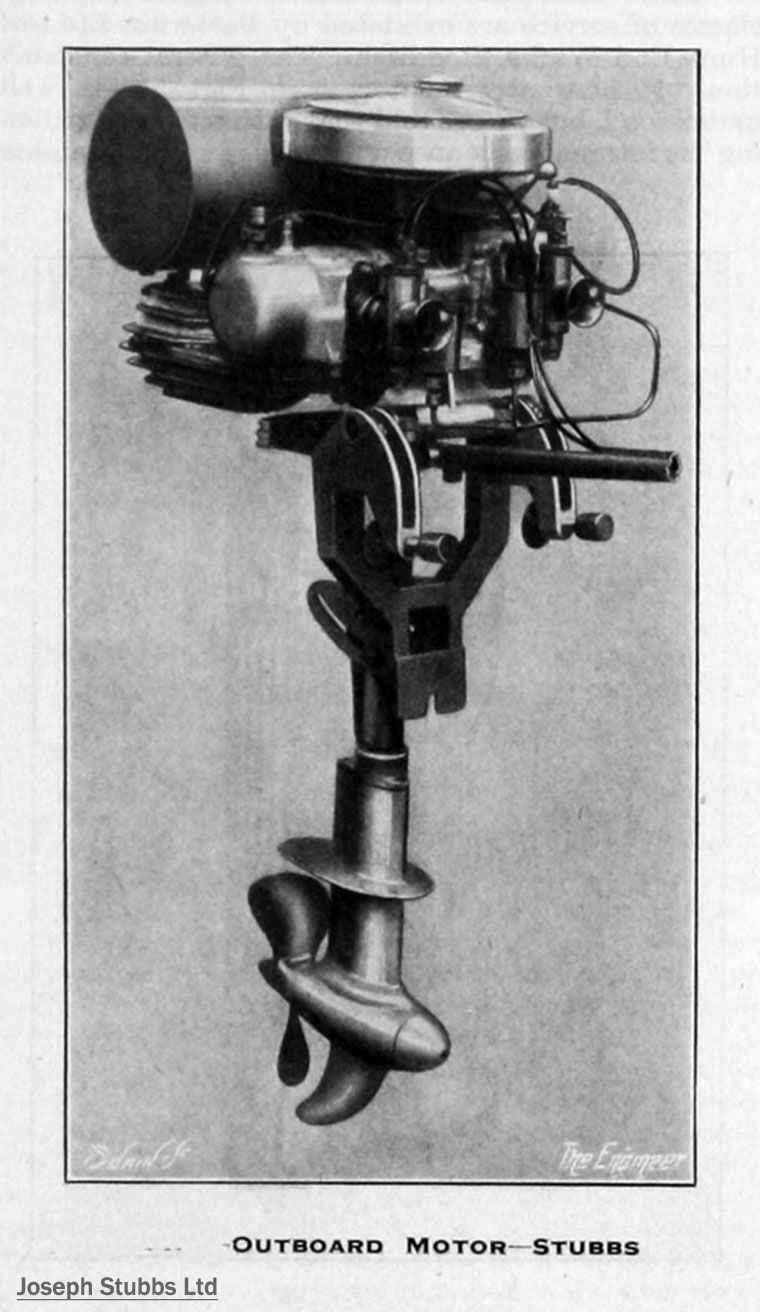 1879 Listed and advertising in Slater's Directory of Manchester & Salford, 1879 (Part 2) as makers of textile machinery (reels and presses and machines for winding and gassing). Address: Store Street. The 'Streets' listing in the directory shows that the works was on the northern side of Store Street, east of the MS&LR grain stores. It therefore seems probable that Stubbs occupied the former iron foundry of James Lillie. At some point the site was cleared and a GCR warehouse built in its place.

1891 Makers of Special Machinery for the cotton industry. [1]

1905 William Thomas Stubbs, Joseph Herington Stubbs, Robert Oliver Stubbs, Machine Makers and Iron Founders, trading together in copartnership, at Millstreet Works, Ancoats, in the city of Manchester, under the style or firm of "Joseph Stubbs," applied for the winding-up of Goodfellow Engineering Co[2]

1911 Slater's Manchester, Salford & Suburban Directory shows that they had established an iron foundry at Louisa Street, Openshaw, located between Orrell Street and Sexa Street. The 1908 Openshaw O.S. map shows that the main building of the foundry was approx 150 ft by 300 ft on a plot of land extending from Louisa Street to the Stockport Branch of the Ashton-under-Lyne Canal.

1929 Patent - Improvements in or relating to winding frames for textile threads.

1934 Patent - Improvements in or relating to clearers for textile yarns.

Mill Street Works and its Environs