Grace's Guide is the leading source of historical information on industry and manufacturing in Britain. This web publication contains 144,943 pages of information and 230,620 images on early companies, their products and the people who designed and built them. 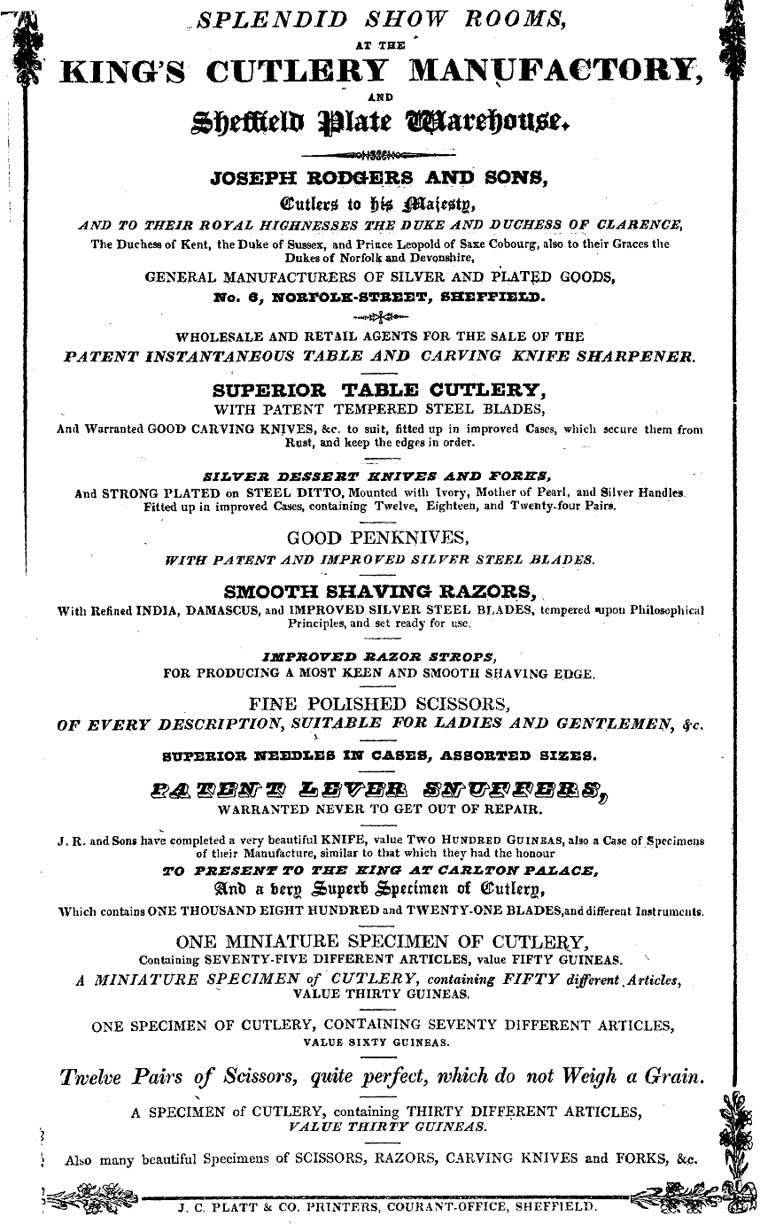 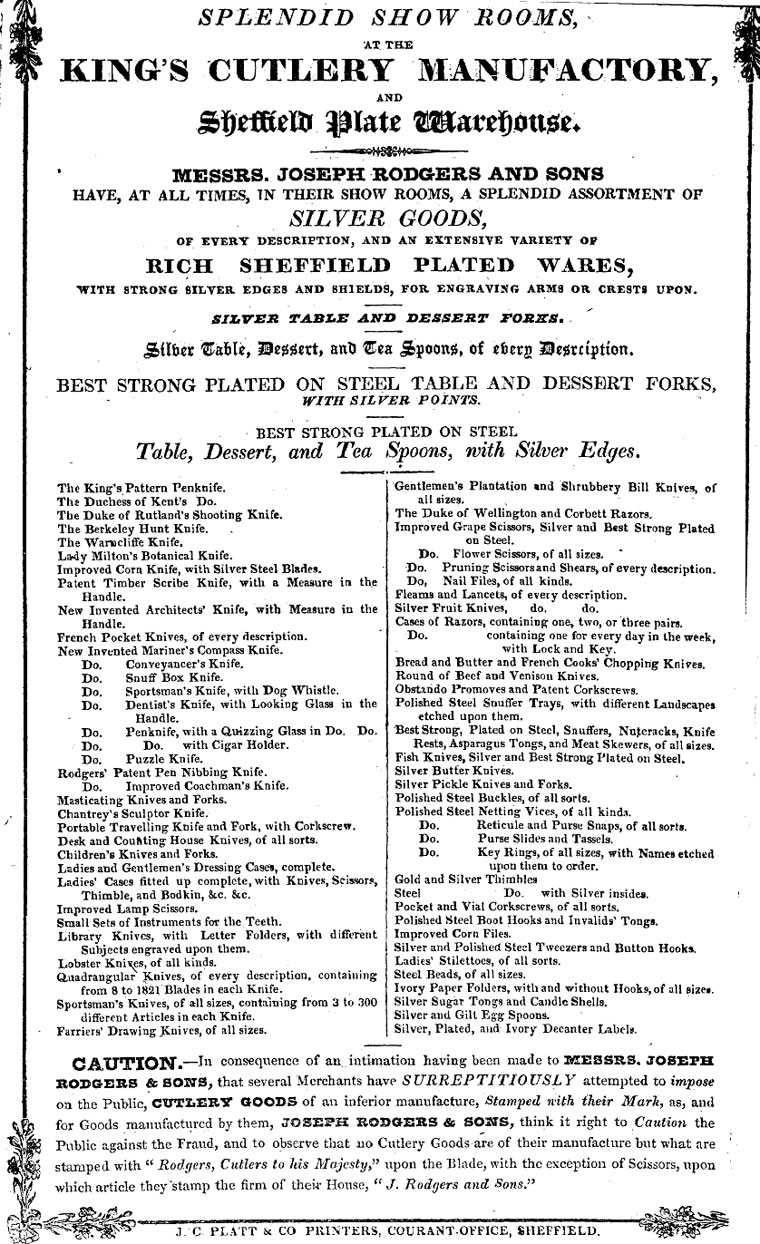 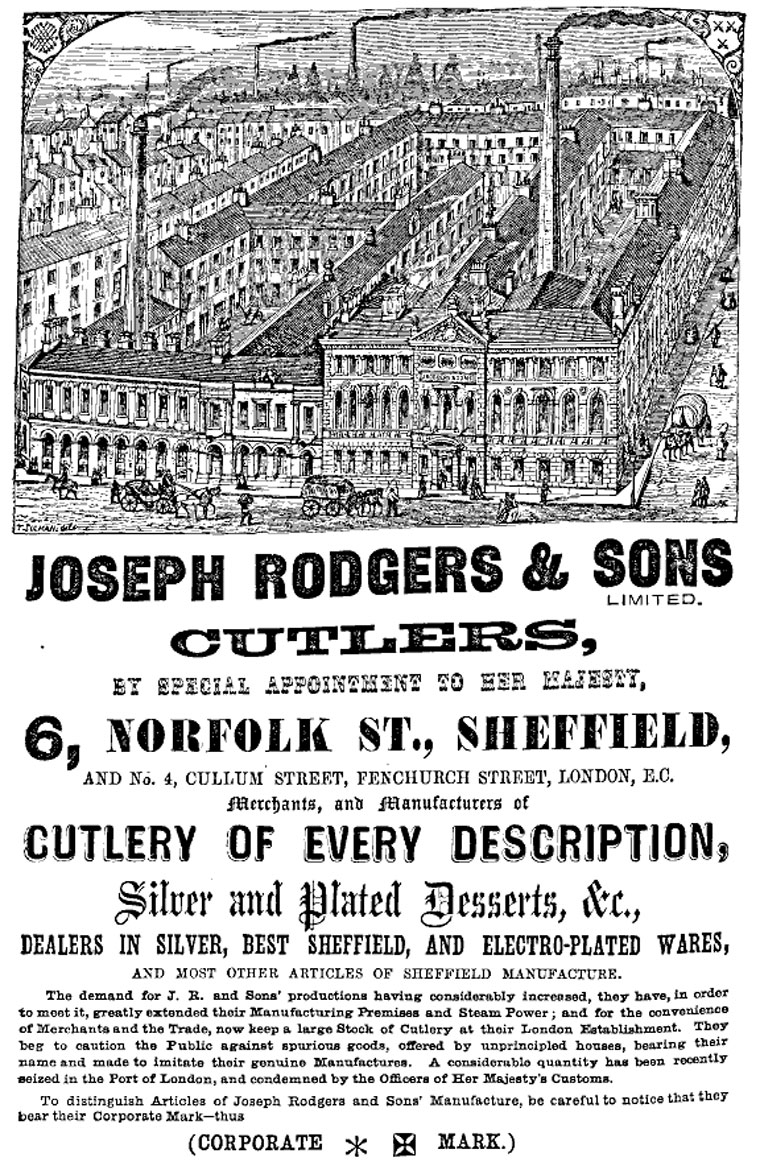 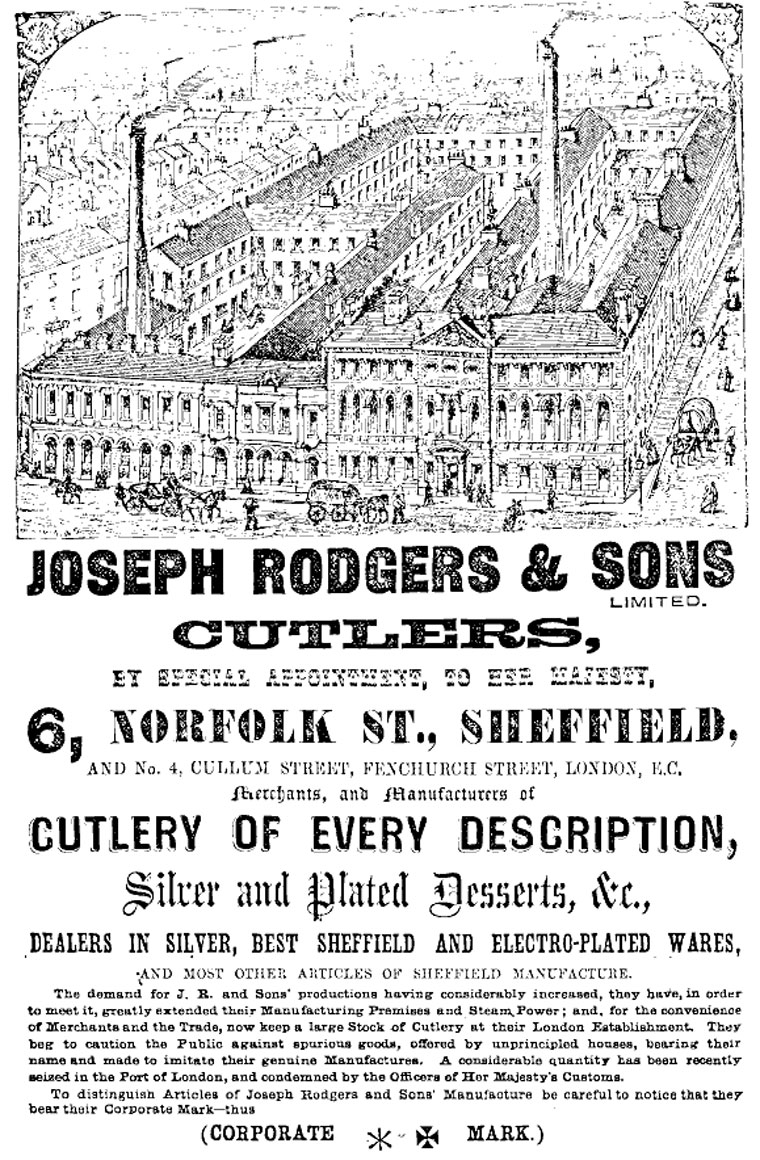 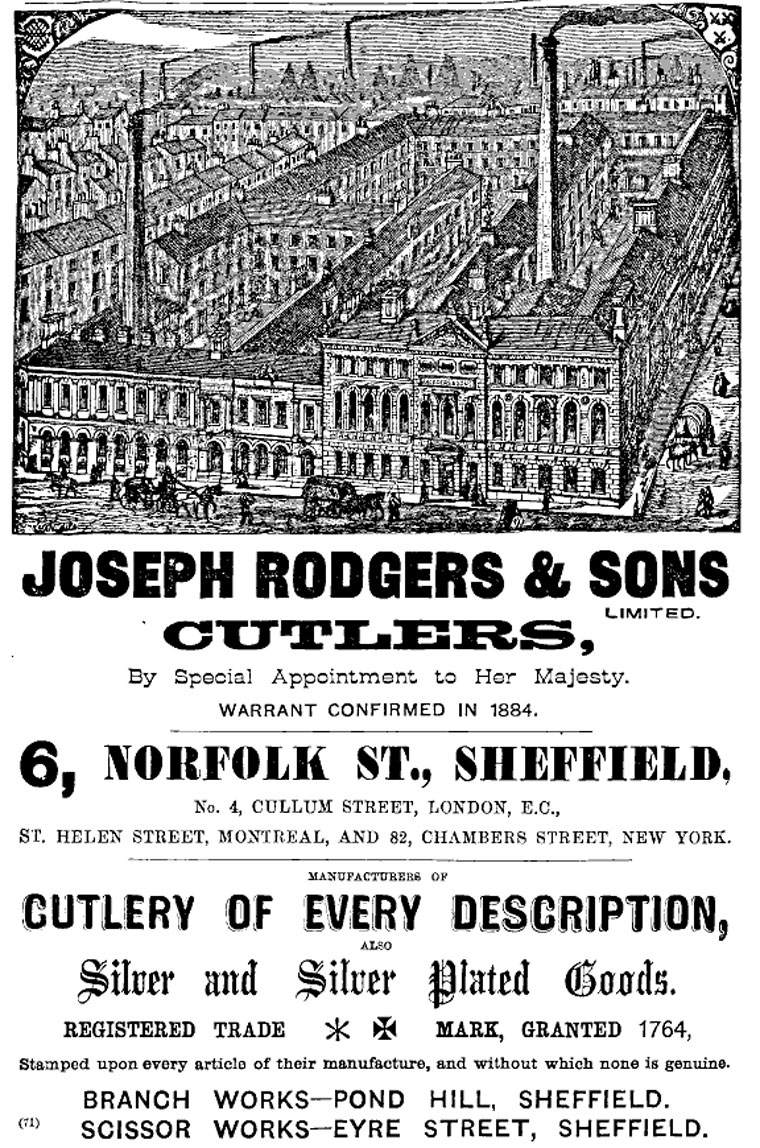 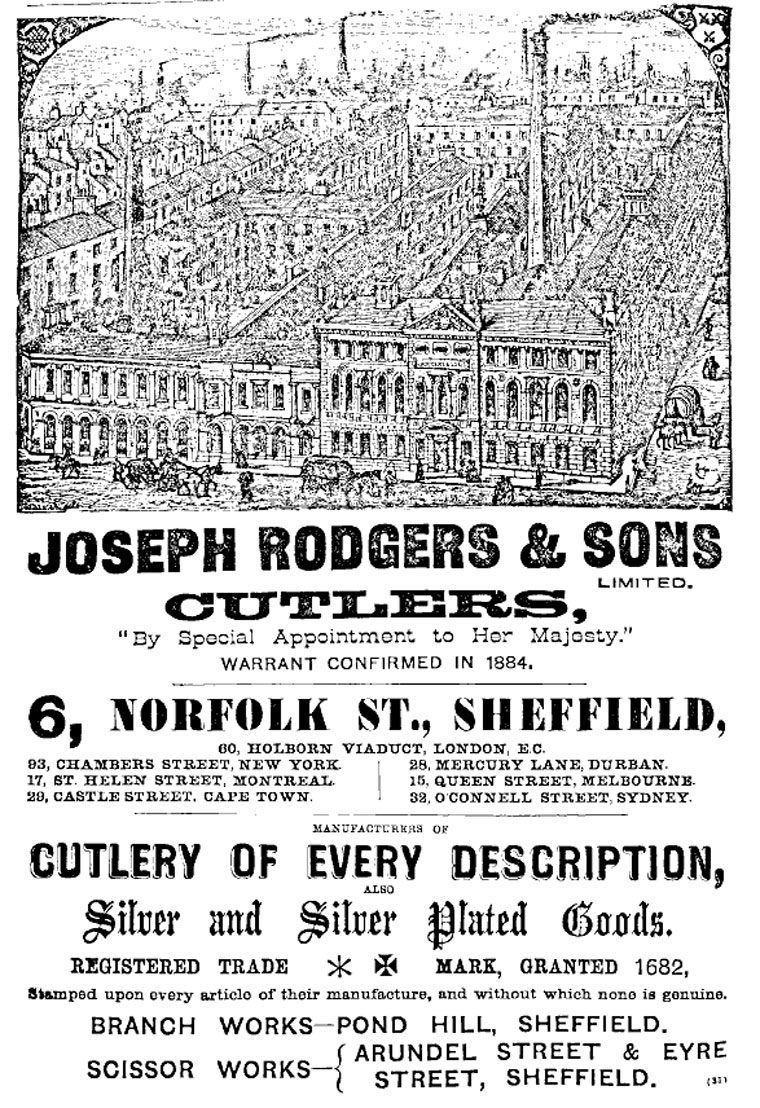 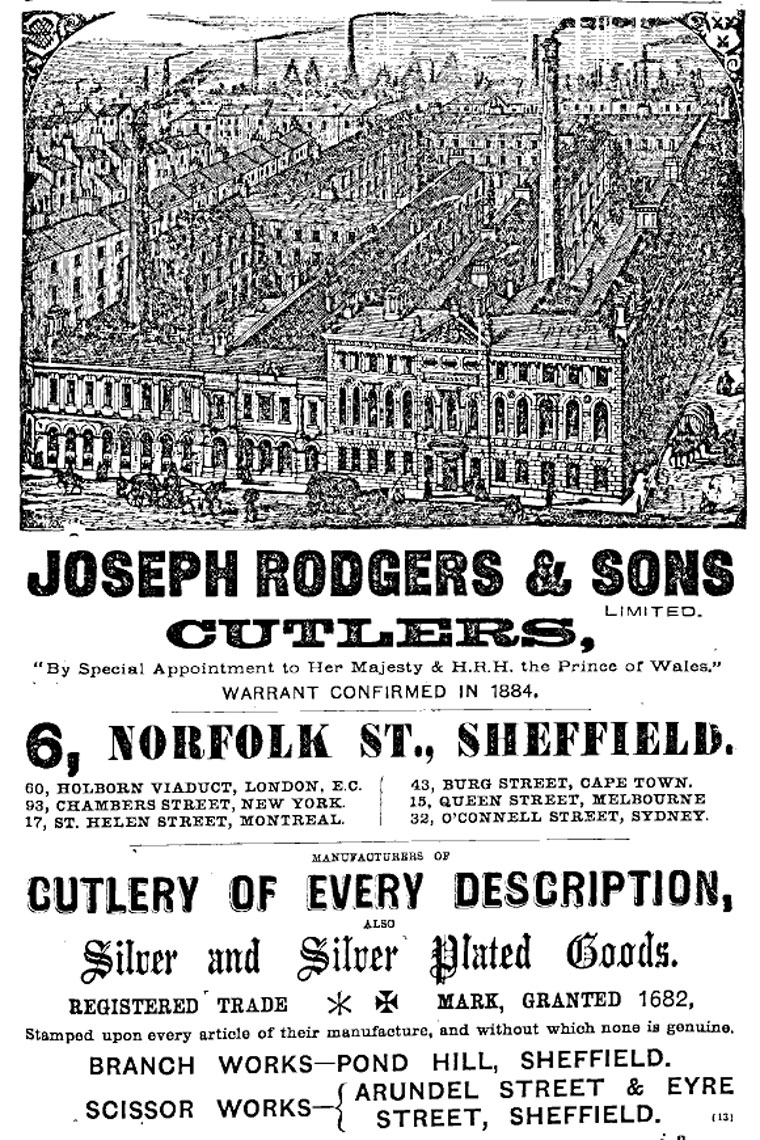 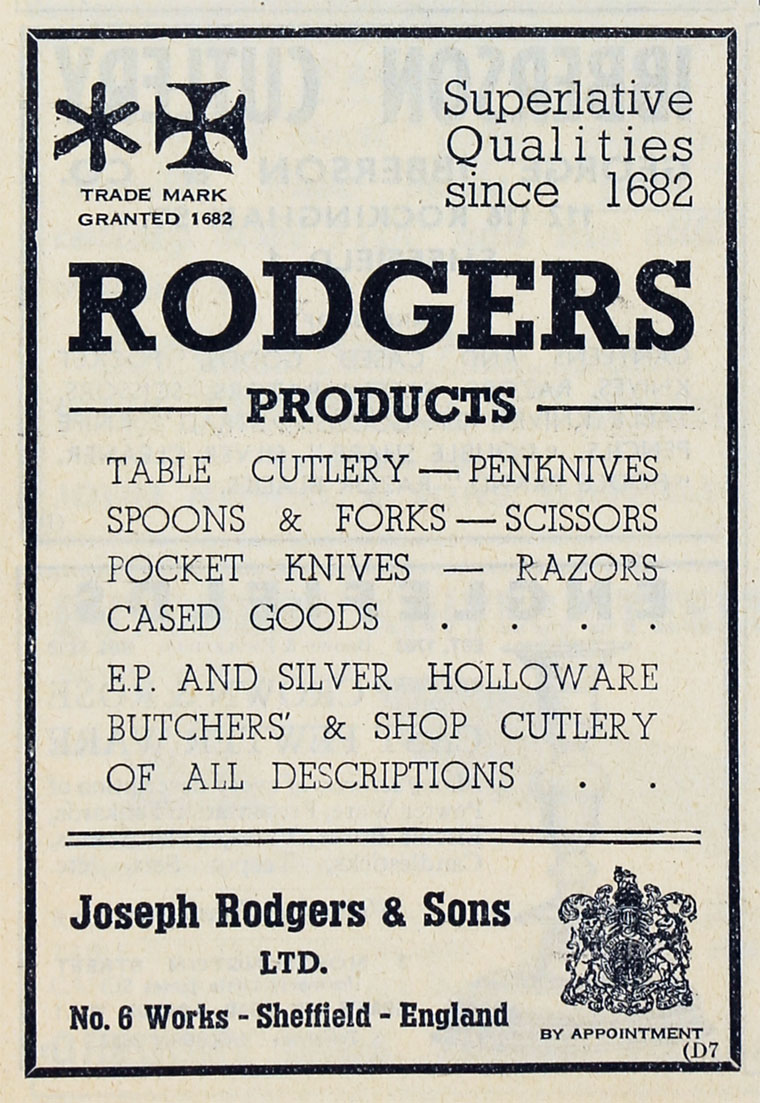 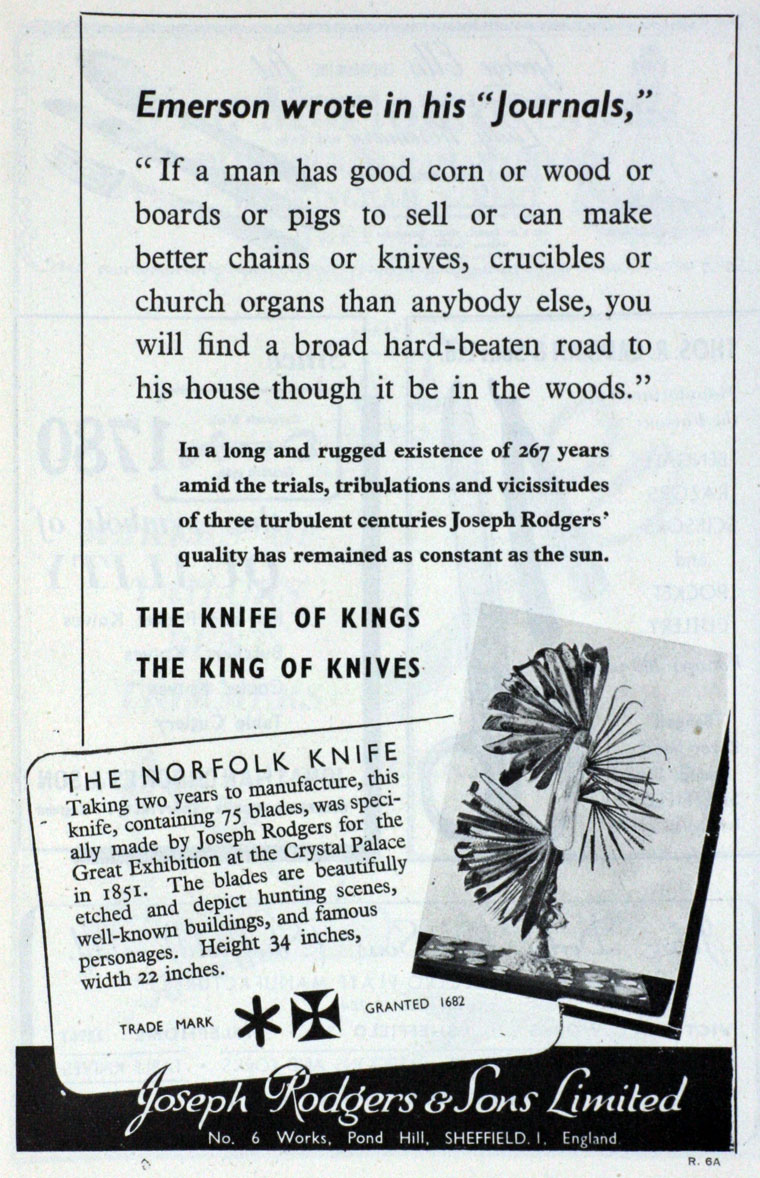 1764 They received their trade mark, a Maltese cross and star, from the Cutlers' Company.

1800 Joseph Rodgers and Sons had been established at Norfolk St, Sheffield.

c1821 By special appointment cutlers to the Royal family

1842 Dissolution of the Copartnership formerly subsisting between John Rodgers, Henry Atkin, and Joseph Nelstrop, together with George Rodgers, lately deceased, in the trades or businesses of Merchants, Factors, Silversmiths, and Manufacturers of Cutlery Wares, at Sheffield, under the firm of Joseph Rodgers and Sons[1]

1870 December: formation of limited liability company; half of the shares were held by the 2 surviving partners, the remainder amongst private subscribers[4]

1871 Public company. The company was registered on 1 January, to take over the business of the firm of the same name, as cutlers and silver and electro-plate manufacturers. [5]

By 1876 the business of Joseph Rodgers and Co was at 33 Charles St, Sheffield (see advert)