Grace's Guide is the leading source of historical information on industry and manufacturing in Britain. This web publication contains 146,690 pages of information and 232,152 images on early companies, their products and the people who designed and built them. 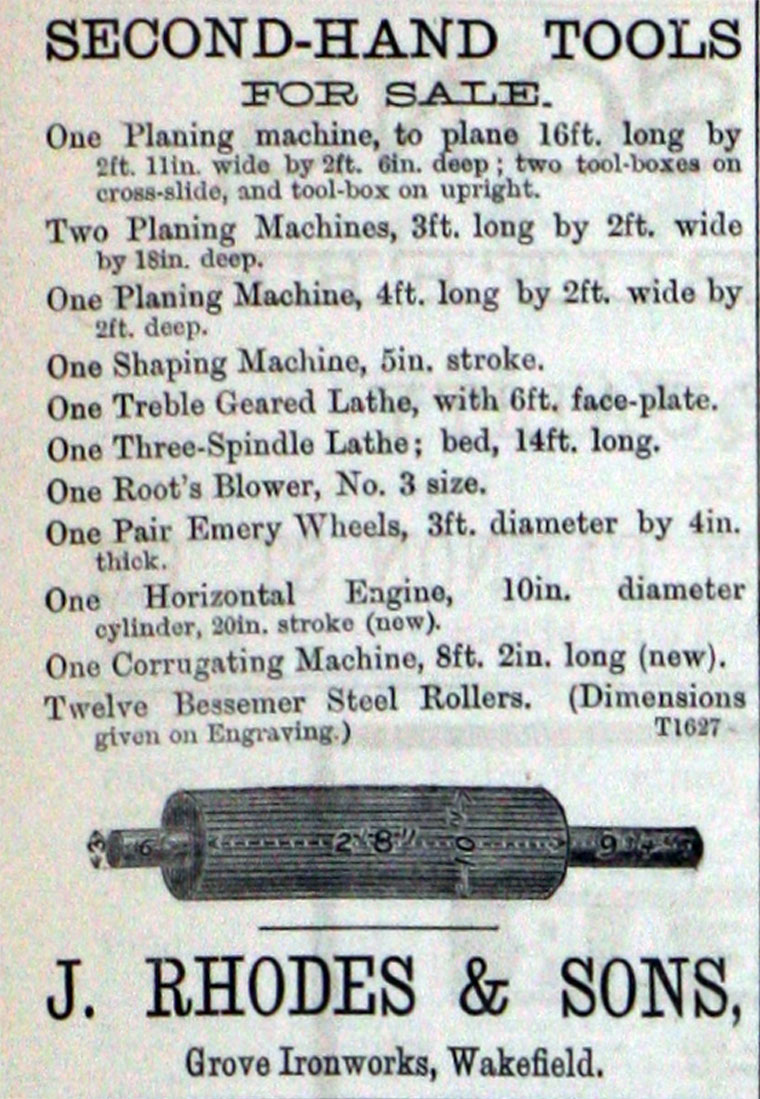 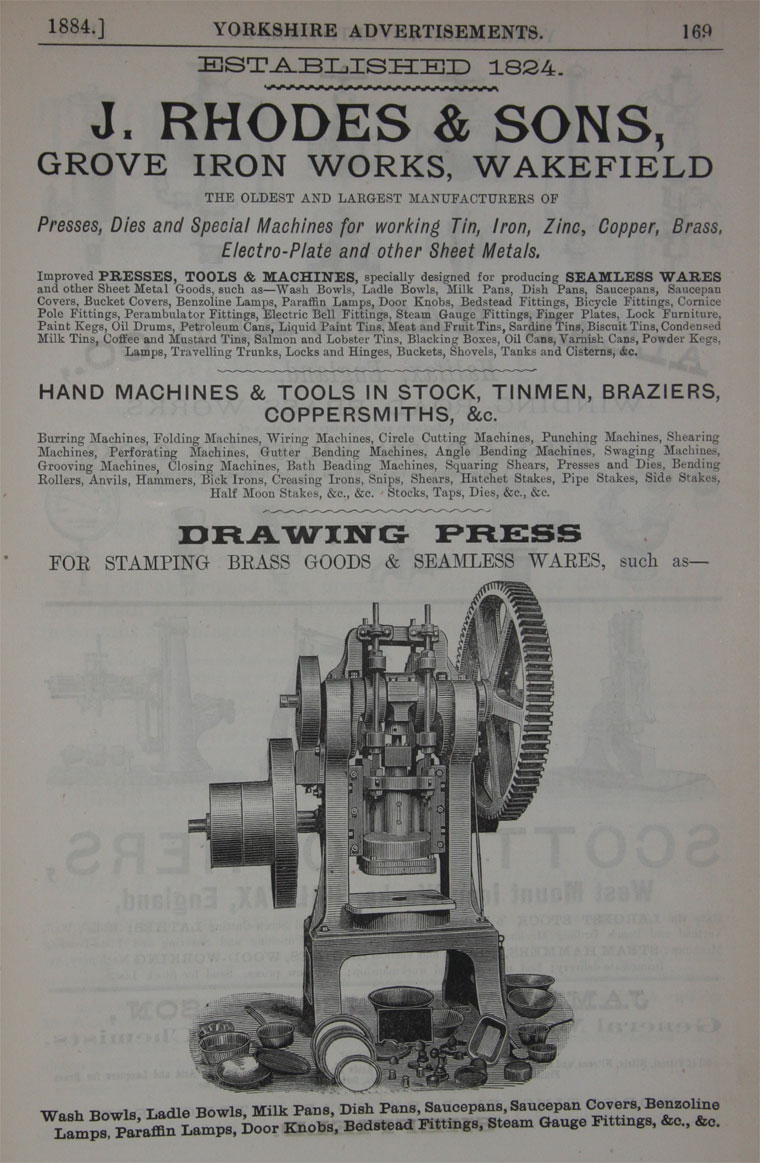 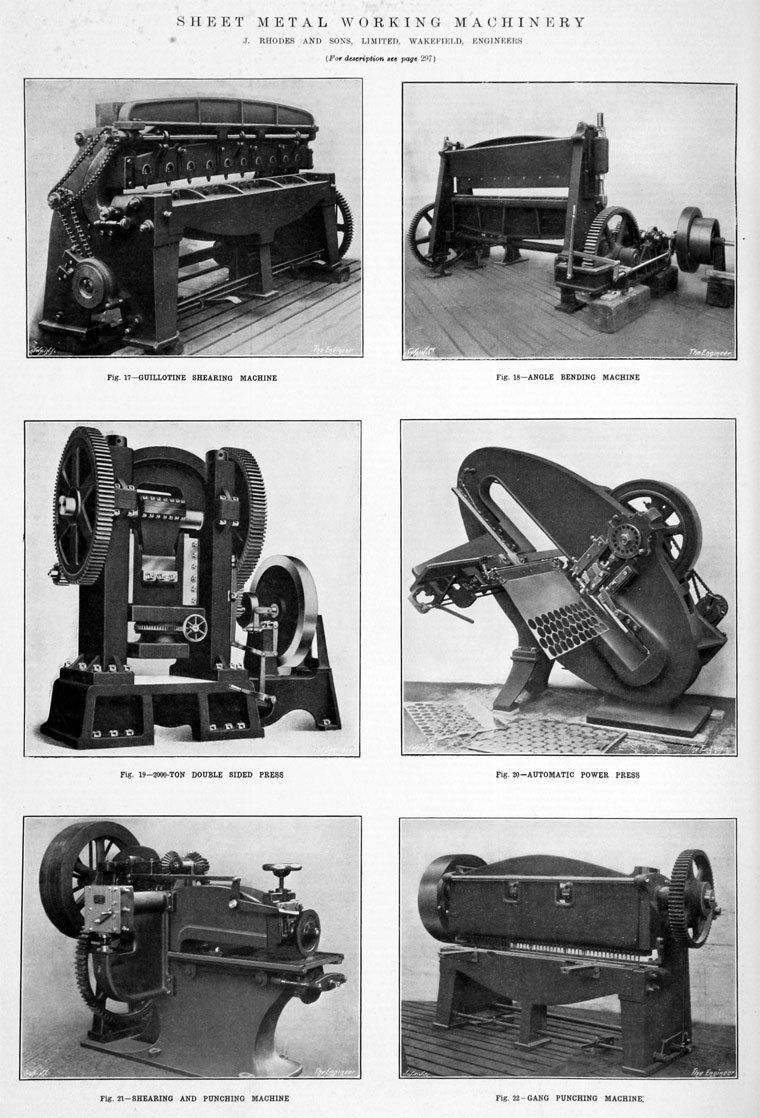 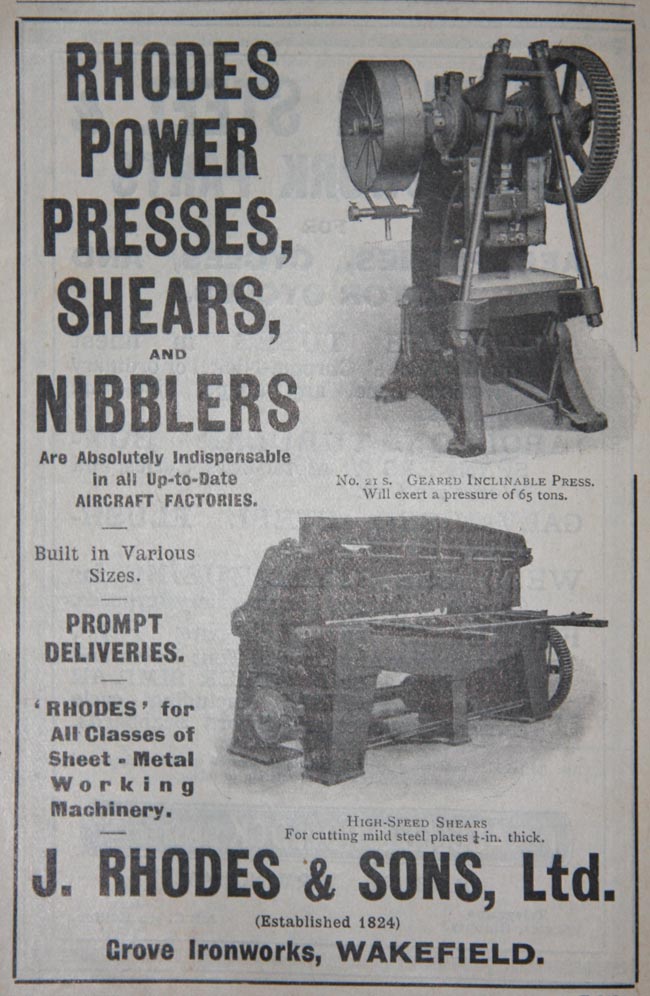 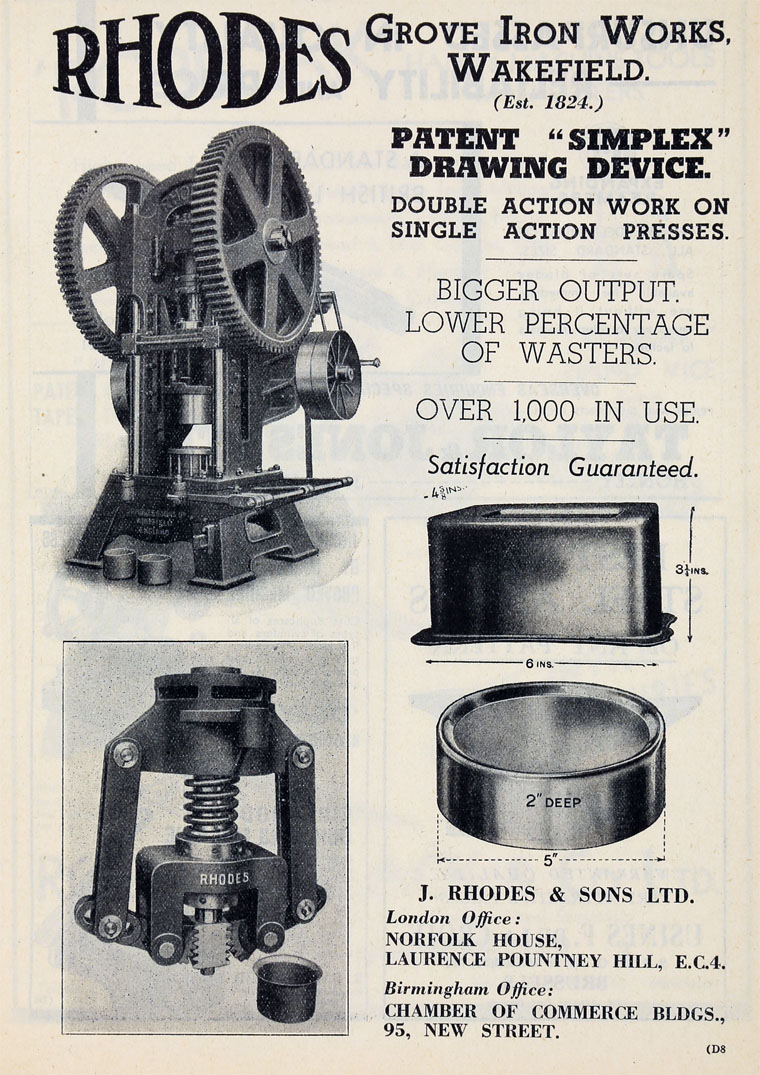 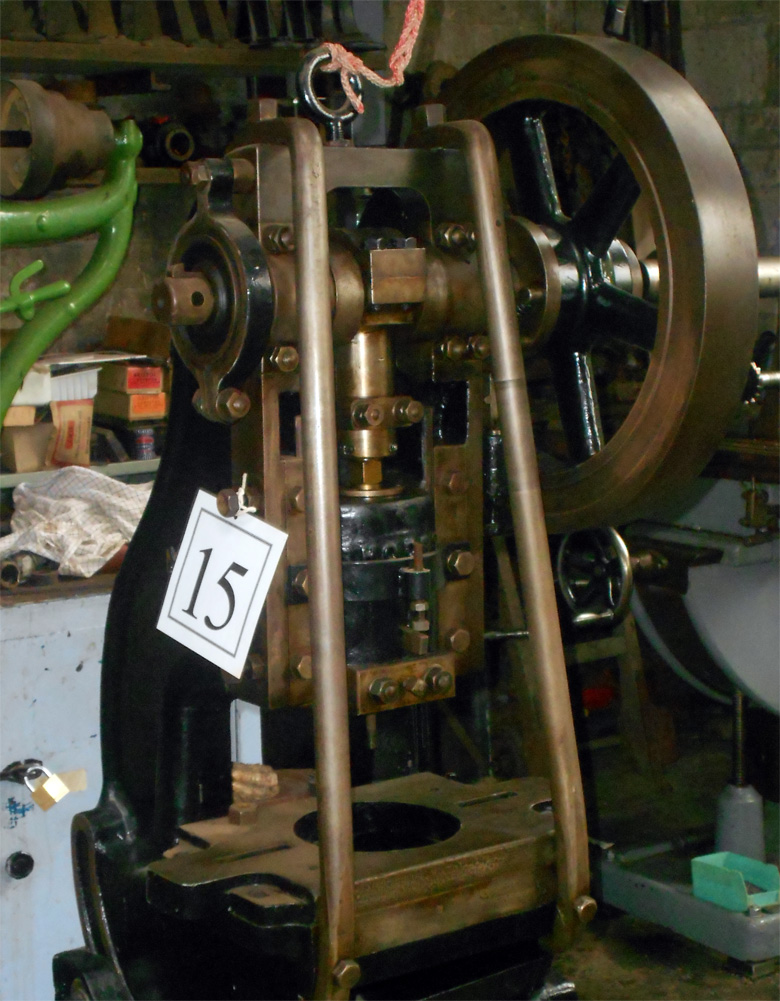 Tilting power press. Exhibit at the Museum of Power.

1824 Joseph Rhodes, aged 20, built his first machine in a small workshop in Wakefield.

Presumably at some later time Joseph brought his sons into partnership.

1899 Joseph Rhodes and Sons became a limited Company and registered the Colossus of Rhodes as its trade mark.

1899 The company was registered on 12 August, to take over the business of manufacturers of presses, dies and machinery for working tins and other sheet metals, of a private company of the same name. [2]

1910 Joseph Rhodes entered the export market early in its history, and opened an office in Paris.

1921 The Company expanded into its present 8-acre site at Belle Vue, Wakefield. The new factory provided an ideal platform for the Company’s continued growth.

Post-WWII. Exports increased sharply after the Second World War, particularly to Europe and the USA.

1950s The export drive was further assisted by Rhodes invention of the world’s first hydraulic shear and press brake, which received patent protection in 1943. A series of innovative products rapidly followed the introduction of the hydraulic shear, amongst which the stagger feed press, for the production of such tin plate as canister lids and shoe polish tins, and the impact extrusion press used in the forming of battery casings and toothpaste tubes, proved particularly successful.

By the mid 1950s, the Company had a product range of 1000 types of machines for the sheet metal working industry. The British Machine Tool Engineering Magazine for March 1954 claiming such a range to be “the largest variety made by any firm in the world”.

1961 Joseph Rhodes was acquired by Lindustries

1979 Lindustries were themselves the subject of a successful take-over bid by Hanson Trust.

1984 The Hanson Board agreed to a Management Buy-Out.

Since 1985, the new management team have successfully completed a number of acquisitions of synergistic manufacturing companies. Renowned throughout world, the subsidiaries include the international names of:

2001 The company was re-launched as Group Rhodes after merging with Craven Fawcett, to encompass the much wider offering to market. The four main divisions within the group cover specialities in metal-forming, material handing, technical fabrications, clay working machinery and special purpose machinery.

Acquired Beauford Engineers which was relaunched in 2005

Joseph Rhodes was way ahead of his time and, from making machines to turn out such items as cutlery and oil cans for households in the West Yorkshire town, the Company has progressed to designing high tech computer controlled machine tools for worldwide distribution.