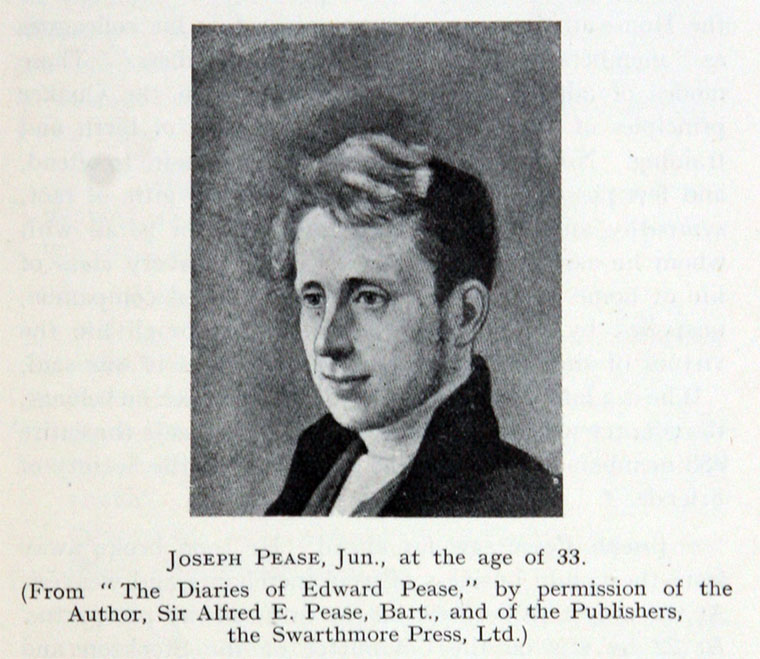 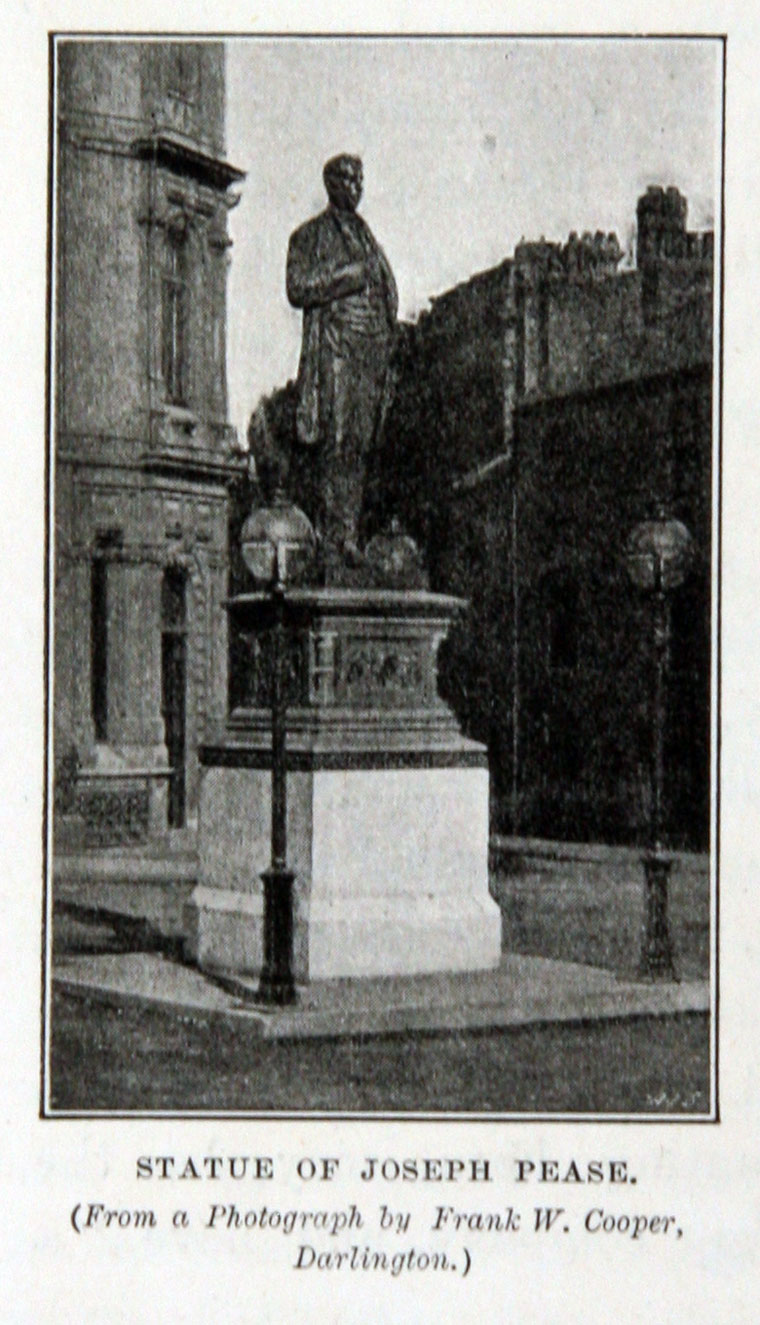 Statue at Darlington? Picture published in 1894.

1819 helped his father in the projection of the Stockton and Darlington Railway, in 1819 and 1820 by preparing the company's first prospectus.

1829 Joseph Pease and Partners purchased a small riverside farm at Middlesbrough. Pease developed the farm into a town and coal port. During the next 70 years Middlesbrough would see one of the most extraordinary population explosions ever known in British history[1].

1832 Entered Parliament as MP for South Durham and continued until 1841, the first Quaker MP.

Partner in Pease of Darlington

Involved in many railway schemes to open up the mineral wealth of the region.

1872 Died on 8 February at his Darlington home. At the time of his death Pease's industrial concerns employed nearly ten thousand men in collieries, quarries, and ironstone mines. In addition he owned and directed woollen manufactories and was a leading shareholder in Robert Stephenson & Co., numerous Teesside ironmaking concerns, and in the Middlesbrough estate.