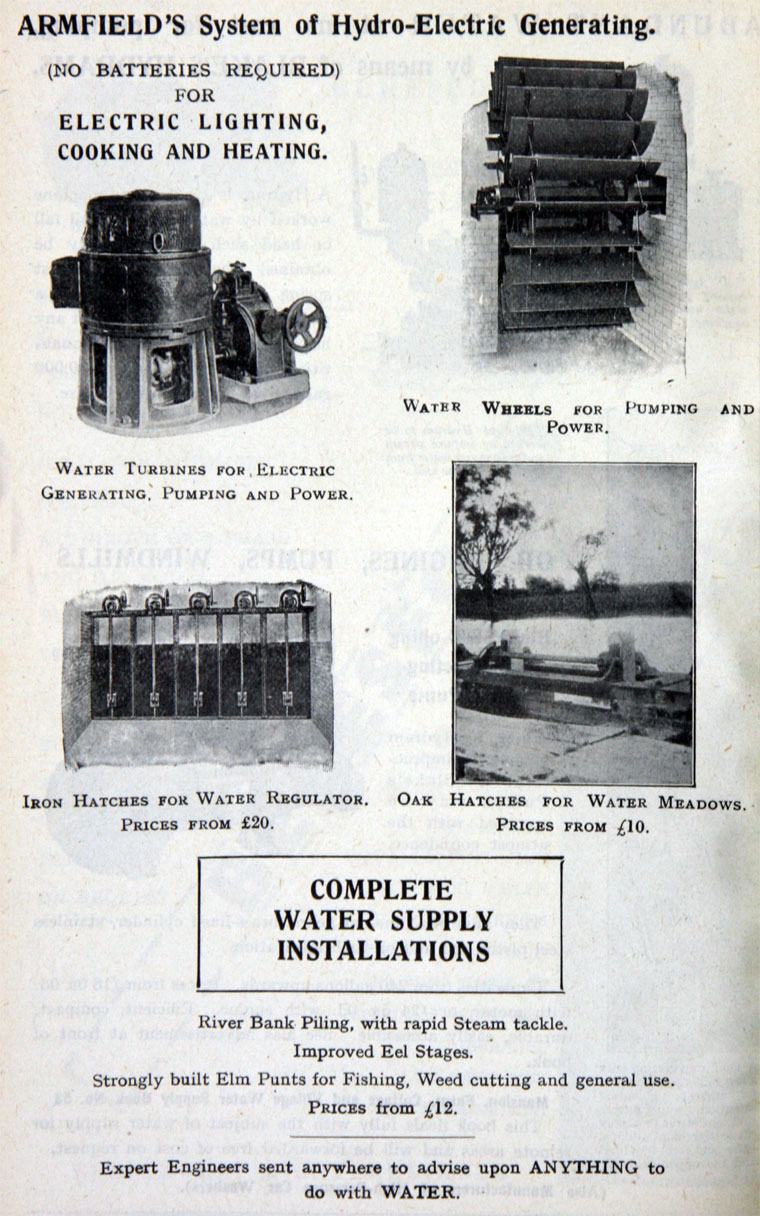 19th century: Ringwood works were established as a millwright's shop serving the flour-, paper-, and saw-mills situated on the local rivers

1886 The firm designed and constructed their first water-turbine

By 1920s the manufacture of water-turbines, Pelton wheels and other kinds of hydraulic machinery was the principal business of the firm.

The company were pioneers in the transformation of flour mills from millstone to roller milling, and on the latter system they have installed several hundred plants. Besides hydraulic apparatus and flour-milling and grain-handling machinery, the company manufactured coffee machinery, coal pulverizers, and agricultural apparatus generally.