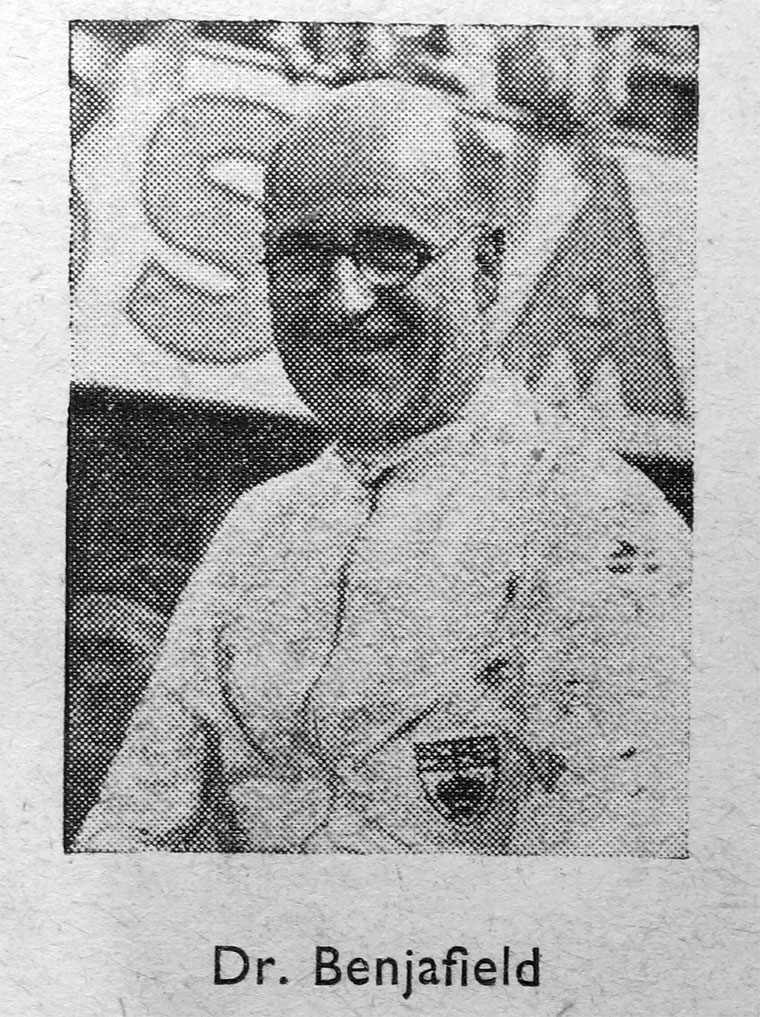 He attended the University of London and received his MD from University College Hospital in 1912.

Specializing in bacteriology, he served in Egypt during World War I and later used his expertise combating the great flu epidemic of 1918-1919.

Benjafield had a passion for motorsports which started with boating, but moved on to automobiles in the 1920s, following the accidental destruction of his beloved motor launch.

Upon purchasing a Bentley 3-litre, he started racing in 1924 and 1925. Benjafield's success led to him being offered to drive a company racer at the behest of Bentley founder W. O. Bentley. He competed in the 24 Hours of Le Mans seven times, and won the event in 1927 with co-driver and fellow "Bentley Boy" S. C. H. "Sammy" Davis; while their car was badly damaged, they frantically made on-the-spot repairs and wound up winning the race.

THE death occurred at his London home on Sunday, January 20, at the age of 69, of Dr. Joseph Dudley Benjafield, Harley Street bacteriologist and pathologist, founder of the British Racing Drivers Club.

It was in 1927 - the year he won the Le Mans 24 Hours Race with S. C. H. Davis for Bentleys, after the multiple-accident at White House Corner, that he gave the series of dinners to his racing friends which was the foundation of the B.R.D.C. inaugurated in 1928.

He began motor racing at Brooklands in the early 'twenties, gravitating to Bentleys in 1924, when he began winning races at the famous track as a private owner, with a 3-litre model. The following year he was invited to join the factory team at Le Mans where he drove with H. Kensington-Moir.

In 1926 driving with Davis, his car was third in the race only 20 minutes from the finish when it slid into a sandbank. The same pair won the race in 1927. He acted as honorary treasurer of the B.R.D.C. from its inception.

A man of urbane and genial personality, he was ever ready to give help wherever it was required and on many occasions he placed his professional skill at the service of friends who were unable to afford his normal fees. One of the most popular figures in the older generation of racing drivers, he will be sadly missed. —R.L.W.