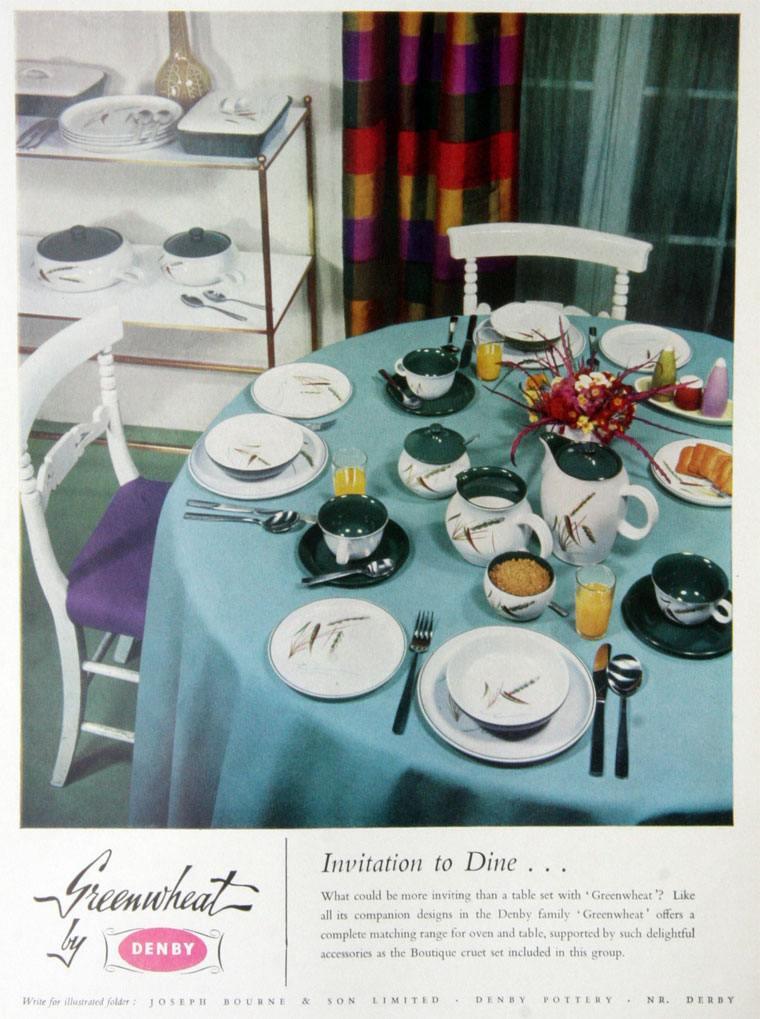 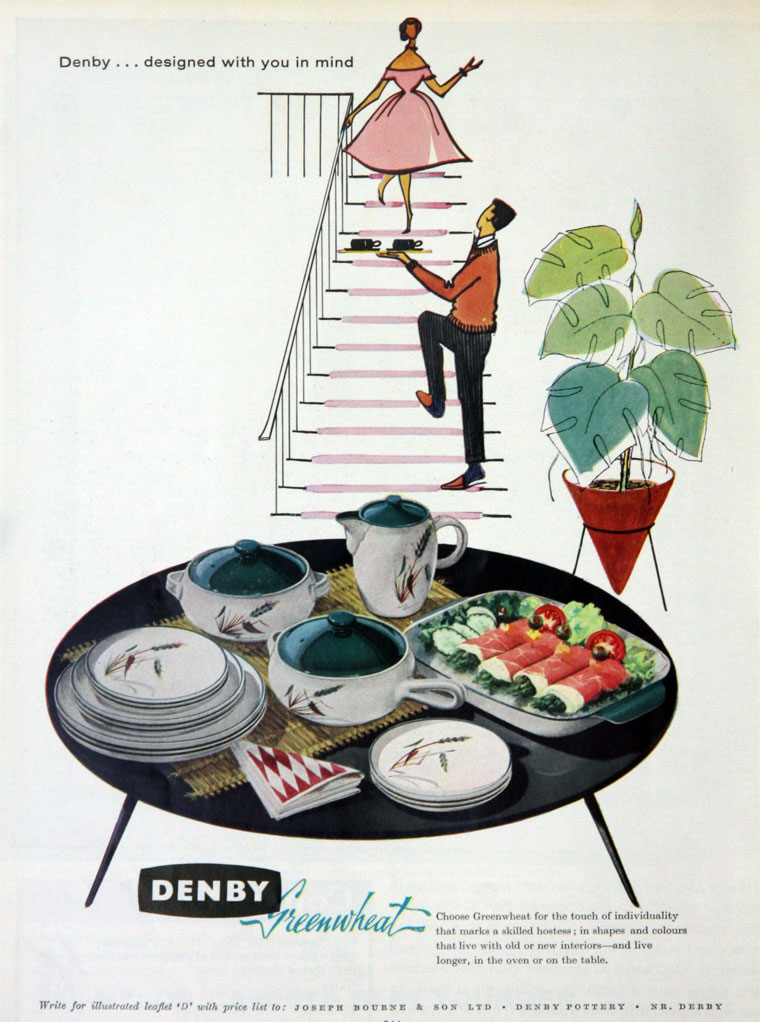 The works were commenced in 1809 by a Mr. Jager, on the estate of W. Drury Lowe, Esq., where, some time before, a valuable and extensive bed of clay had been found to exist. This clay, previous to the establishment of the Denby Works, was used at the Belper Pottery for the manufacture of stoneware ink, blacking, and other bottles. In 1812 Joseph Bourne, son of William Bourne, of the Belper Pottery, succeeded Mr. Jaeger and the Belper and Denby works were carried on simultaneously until 1834 when the Belper Works were discontinued, and the plant and workpeople moved to Denby.[1]

1806 While the road from Derby to Alfreton was being constructed, an important discovery was made of a deposit of the finest stone-ware clay. William Bourne obtained a lease of this clay bed. Other sources[2] indicate that the clay works were started in 1809 by a Mr. Jaeger. This clay was used at the Belper Pottery for the manufacture of stoneware ink, blacking, and other bottles.

1809 Business founded by William Bourne, a potter in Belper, and his son Joseph Bourne

1812 Joseph Bourne succeeded Mr. Jaeger / Jager (other sources suggest that the 2 sons of William, Joseph Bourne and John Bourne ( -1819), ran the business until John died). The Belper and Denby works were operated together

1833 The Codnor Park Works were acquired

1834 the Belper Works closed; the plant and work people moved to Denby

c.1850 The business became Joseph Bourne and Son when Joseph Harvey Bourne, his son, was taken into partnership

1869 Joseph Harvey Bourne died and the business was then continued by his widow, Sarah Elizabeth Bourne, until her death in 1898.

1898 Joseph Bourne Wheeler, a nephew of J. H. Bourne, continued the business in association with other relatives of Elizabeth Bourne until 1907 and then, as the sole proprietor

1916 The business was incorporated as Joseph Bourne and Son Ltd. Joseph Bourne Wheeler continued as the governing director of the company until his death in 1942.

1930s Although it was a thriving business in the thirties of this century, it was because of this that the premises were found to be inadequate to the demands of the home and export markets. The new works were more efficient and provided better conditions of work.

1959 In an attempt to increase production capacity, Bournes acquired Lovatts Potteries Ltd at nearby Langley Mill for a sum of £25,000. Lovatts Pottery continued in operation and in 1967 was renamed the Langley Pottery Ltd.

1990 Coloroll went into receivership; Denby Tableware Ltd was purchased from the receiver by its management, renaming it Denby Pottery Co. Ltd

1995 Denby purchased Wren Giftware Ltd, a Stoke-on-Trent manufacturer of bone china cups and mugs for £1.3 million. Wren was sold to the Churchill Group in 1998

1999 there was another management buyout and the business returned to private ownership with the operating company, Denby Pottery Co. Ltd and Denby USA Ltd, a North American distribution arm, becoming the subsidiary of a new holding company Denby Group plc.