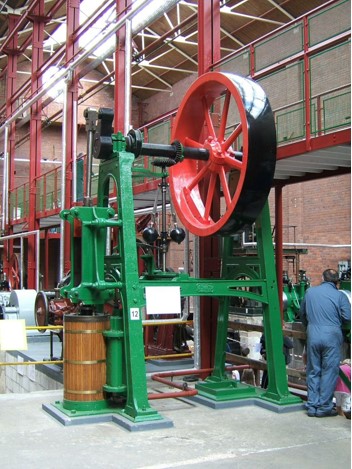 Only known remaining engine operating at the Bolton Steam Museum.

1852 Announcement. '...During the past week four large castings have been made at the Union Foundry, belonging to Mr Joseph Barraclough, at Barnsley. The castings consist of beams weighing over two tons each, and measuring 27 feet in length, and are intended for the new Public Baths York street. They are capable of bearing 30 tons each, and they are only placed about 6 feet apart, it would take a great weight to strain them. They were severely tested before leaving llie works for the baths.'[1]