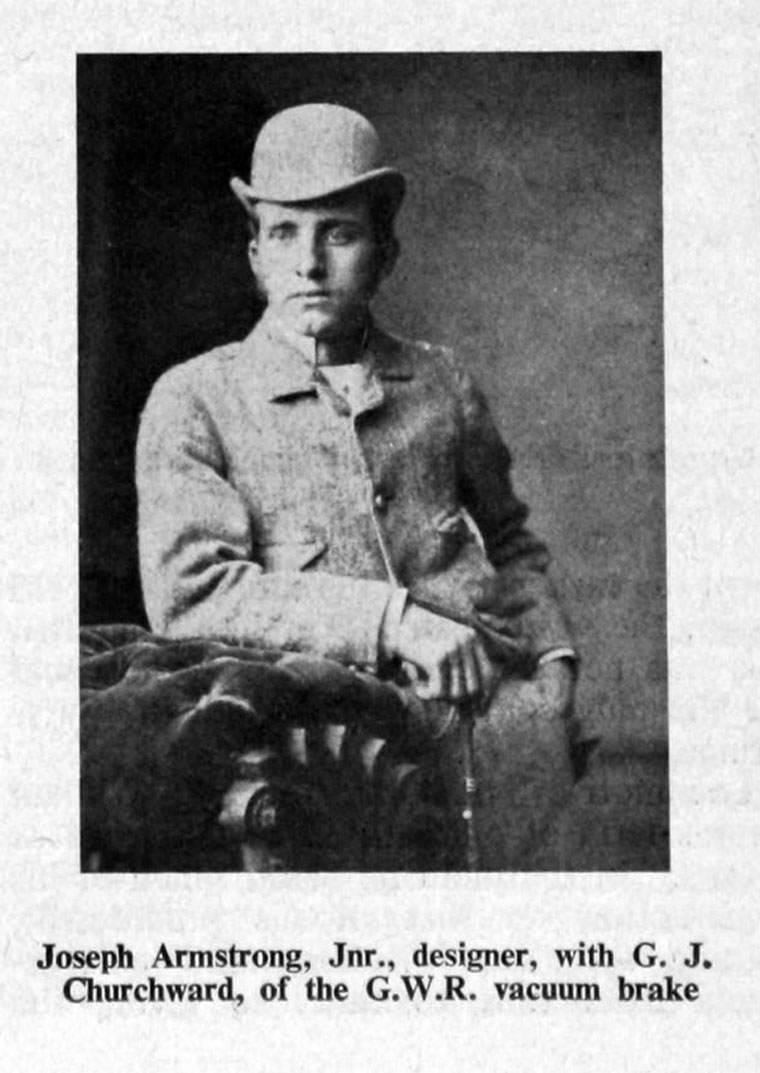 JOSEPH ARMSTRONG was born at Wolverhampton on 14th August 1856, being the third son of the late Mr. Joseph Armstrong, chief superintendent of the locomotive and carriage department of the Great Western Railway.

After being educated at the Royal High School, Edinburgh, he entered the Swindon works of the Great Western Railway as an engineering pupil. He early showed great mechanical ingenuity, and was employed on various important works.

For some years his time was devoted almost entirely to the improvement of the automatic vacuum brake now applied to the whole of the passenger stock on the Great Western Railway. In the details of the brake apparatus he introduced improvements in the automatic guard's-valve or brake-setter, and in the application of the automatic brake to slip carriages.

He also devised a marine log, and various improvements in locomotive construction, including blast-pipes and a plan of continuous exhaust.

Having been in indifferent health for some time, he died at Wolverhampton on 1st January 1888, at the age of thirty-one.

He became a Graduate of this Institution in 1878.