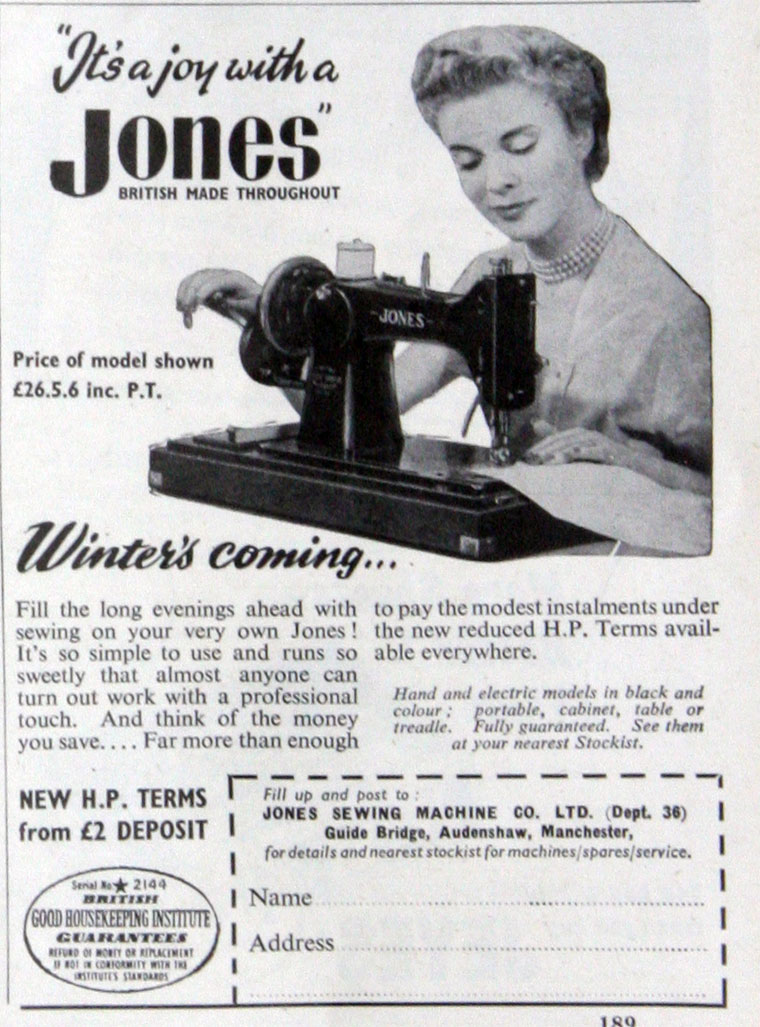 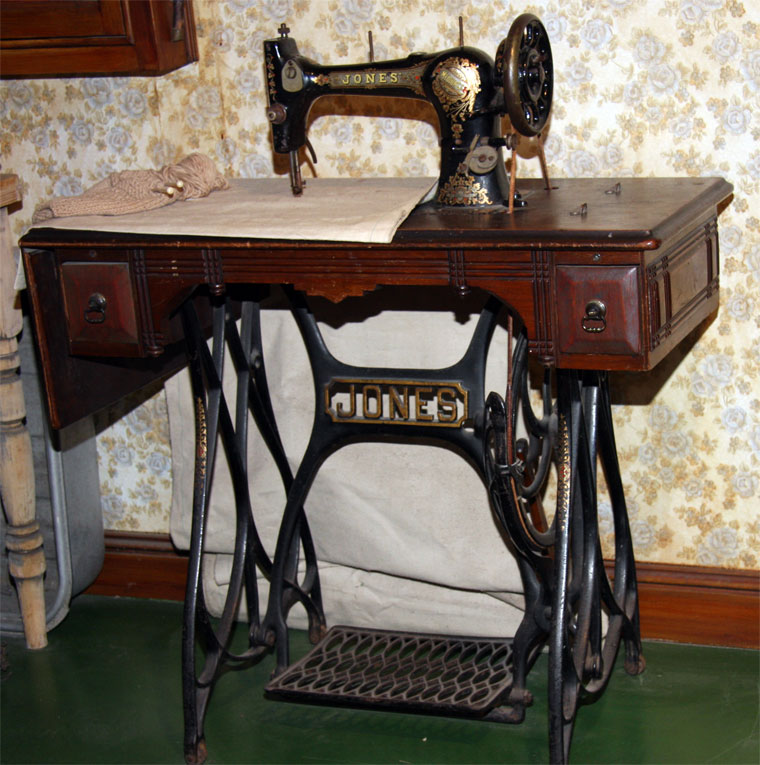 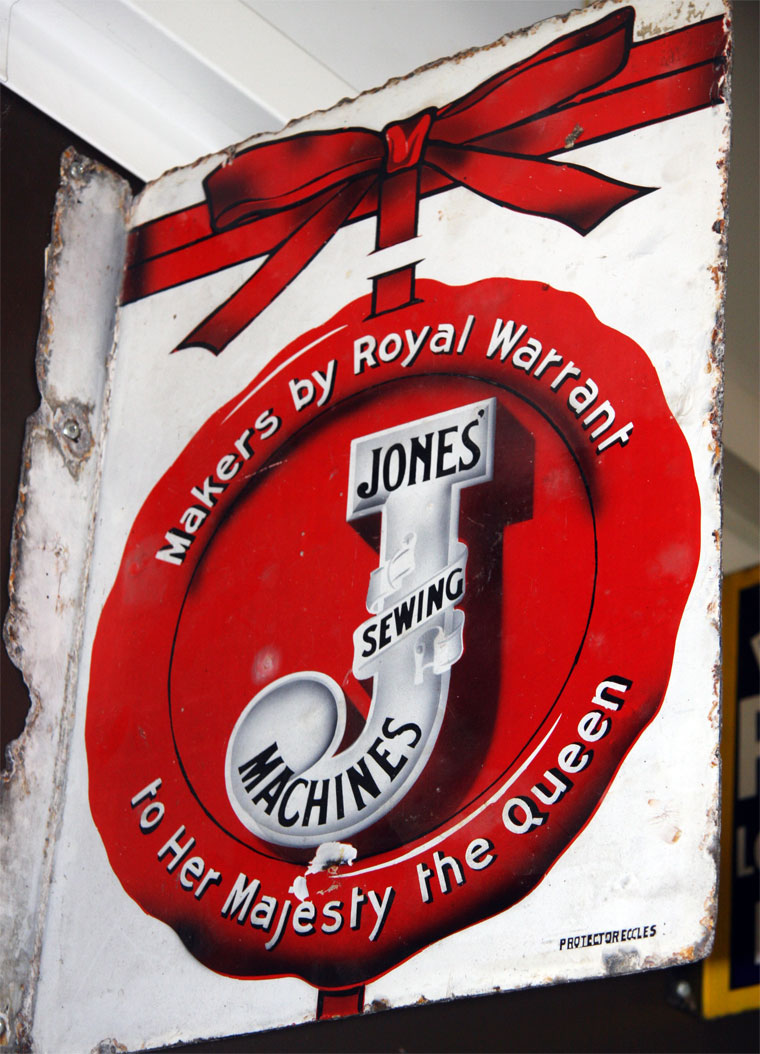 of Guide Bridge, Audenshaw near Manchester, Manufacturers of Sewing Machines

1889 The company was registered on 5 July, to take over the business of Jones and Co, sewing machine manufacturers. [1]; John Jones was managing director, William Jones was also a director[2]

During WWII the Jones factory carried on producing sewing machines for the war effort but also produced uniforms and parachutes.

Jones still survives and is now part of the Japanese Brother Industries who were originally famous for their superb hand built pianos and now make a huge range of domestic and industrial machinery, everything from computers to keyboards.