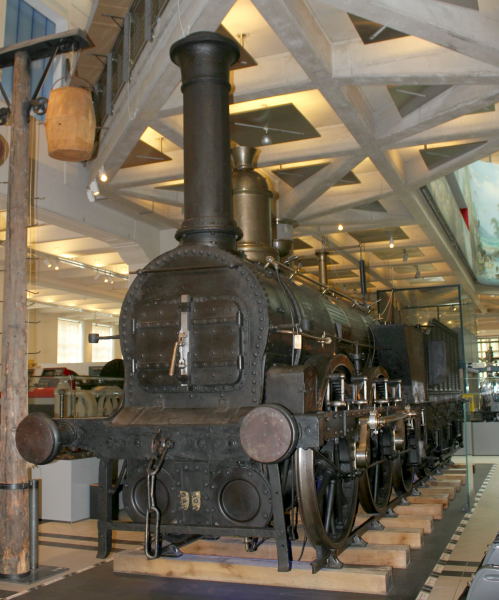 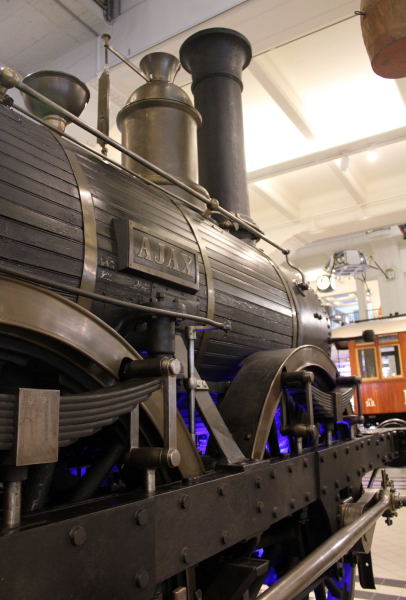 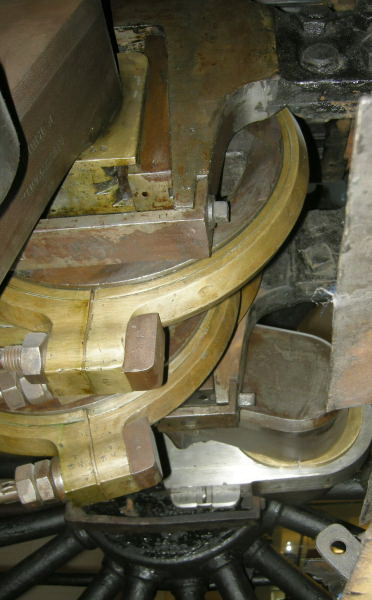 Built by Jones, Turner and Evans as a 0-4-2 steam locomotive, Ajax was acquired in 1841 to work the line between Vienna and Stockerau. It had a distinctively English design with inside cylinders. Ajax was used for both passenger and freight operations, especially transporting raw materials from Moravia and Silesia.

Ajax was given a new tender in 1847 and fitted with a replacement boiler in 1857. It was used until 1874 when it was withdrawn and stored in a locomotive shed but not scrapped. It was rediscovered and restored in 1909 for the railway line’s 70th anniversary celebration. It was then kept at the ‘Heizhaus’ at Strasshof an der Nordbahn until it was transferred to its present location at the Technisches Museum Wien in 1992. It is described by the museum as ‘the oldest preserved steam locomotive on the European continent.

The above information is from Wikipedia

The following information is from 'Loco Motion'[1], with additional observations and photographs from an examination of the locomotive in the Vienna Technical Museum in 2017.

Between 1992 and 2008 Ajax was exhibited at two stations and a railway museum, returning to the Vienna Technical Museum in 2008.

Extensive alterations were made to Ajax between its introduction in 1841 and its withdrawal from service in 1874. The full extent of original components is not known, but the boiler was renewed in 1857. The crank axle was replaced in 1864, the new one being made by Fried. Krupp. The valve gear was converted to Stephenson's, possibly in 1857. The original reversing gear was probably of the gab type, and may well have used the same four eccentrics. The wheels are likely to be original, although new tyres were fitted (one is marked Borsig 26/10/71).