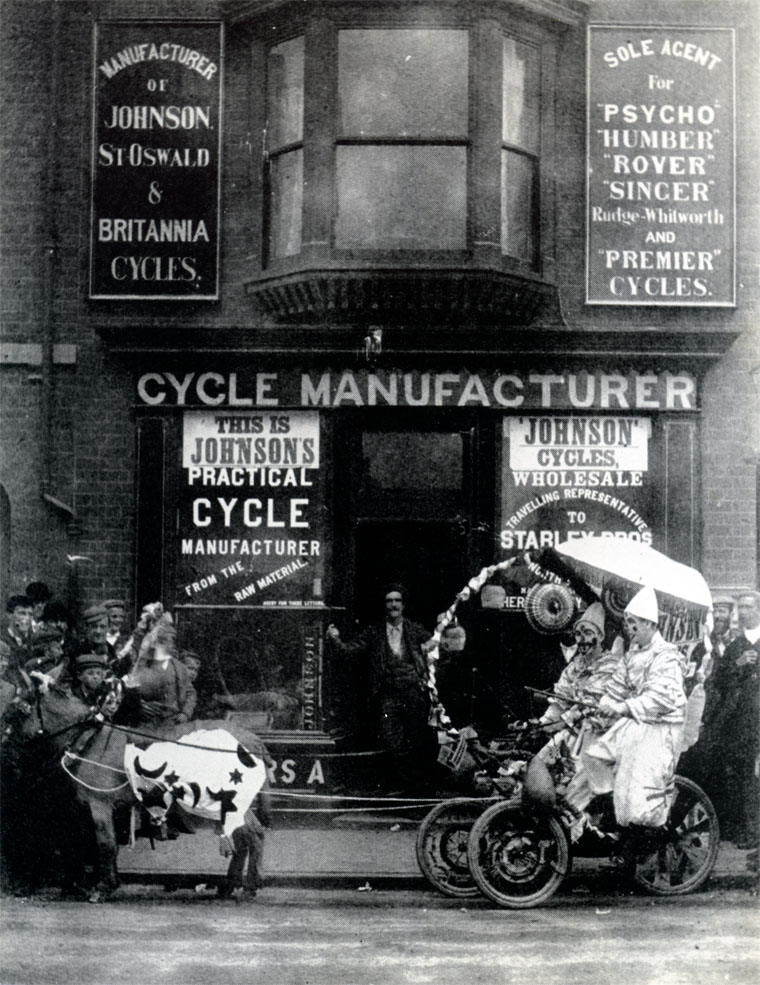 1890s Arthur Edward Johnson was apprenticed at these works

1902 Johnson was a motorcycle produced in Scunthorpe, Lincolnshire.

This machine was a typical primitive, with a Minerva engine hung from the downtube of a heavy-duty bicycle frame. It also had the usual cycle forks and brakes, belt drive and pedals.