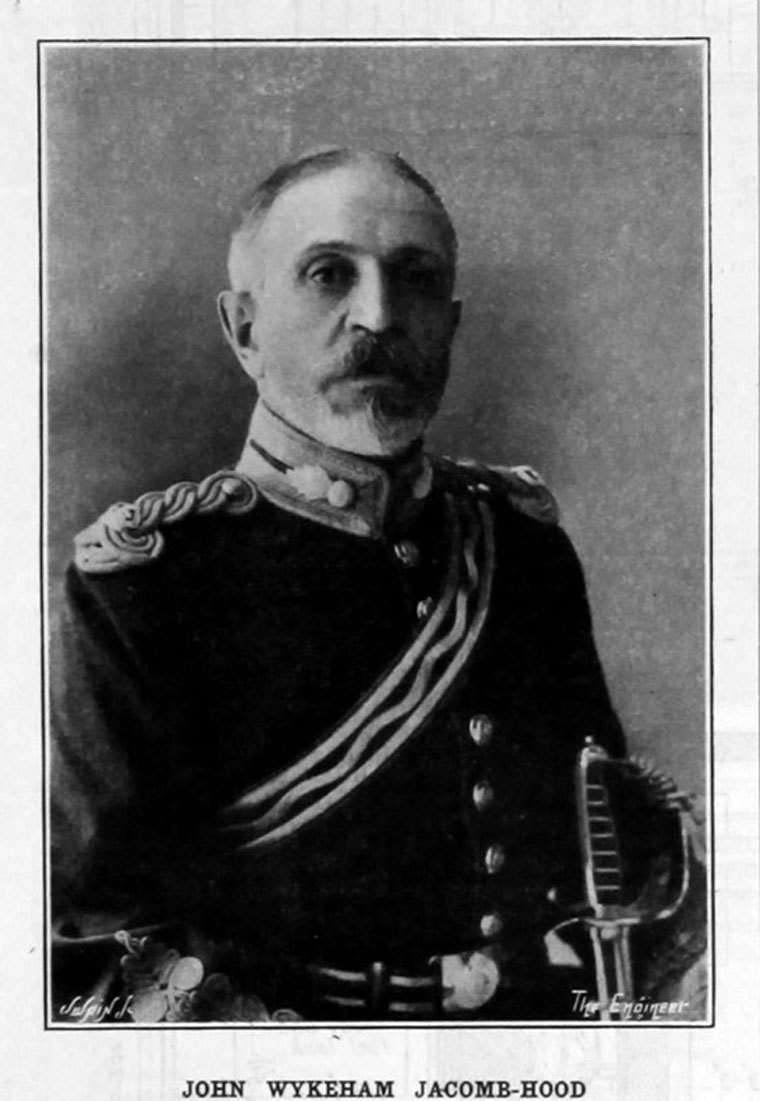 JOHN WYKEHAM JACOMB-HOOD was born in 1859 and was educated at Tonbridge School and at the Crystal Palace School of Engineering.

He became a pupil to the then chief engineer to the London & South-Western Railway Company in 1875.

From 1878 to 1887 he served in the capacity of assistant engineer to the Company, carrying out the construction of various new works.

For the next eight years he was District Engineer in charge of the way and works in the London district, afterwards being transferred in 1895 to the Western district.

In 1901 he became Chief Resident Engineer, a position that he held until his death, which took place suddenly at a meet of the Dulverton Hounds on the 6th March, 1914. He was responsible for the carrying out and maintenance of much of the electrical work of the Company, and took great interest in the question of electrification. In recent years his most important work was in connection with the enlargement and reconstruction of Waterloo Station.

He was elected a Member of the Institution in 1904.k