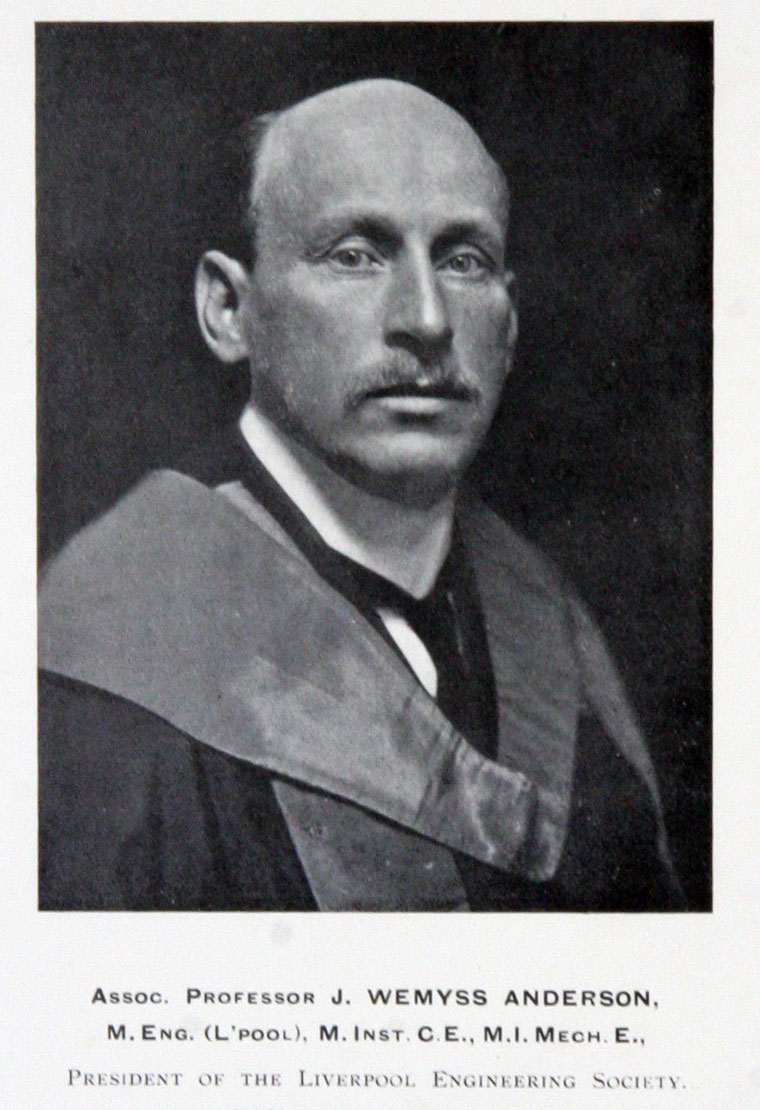 Mr. John Wemyss Anderson, whose death occurred on May 4 at the age of 62, was a leading authority on the subject of refrigeration, and had been connected with this branch of engineering, which has lately assumed increasing importance, during the whole of his professional career. It may he said, too, that he was directly responsible for developments, which have recently taken place. For in 1909 he was asked by the Institution of Mechanical Engineers to report on refrigeration, and in so doing laid down the lines along which further research should proceed. The result was the formation of a Research Committee, of which Sir Alfred Ewing was chairman and Anderson himself a member.

Mr. Anderson was born at Stoke, Devon, on January 1, 1868, and received his early education at the Park Grammar School, Plymouth. After attending classes at the Devonport School of Art for a year, he was apprenticed, first to Messrs. James Jack and Company, engineers, of Liverpool, and then to the Kilbourn Refrigerating Co in the same city. Simultaneously he was a pupil at the Liverpool School of Science and University College, where he obtained a first-class certificate and prize in engineering, as well as the Earl of Derby’s science prize. In 1891 he obtained a Whitworth Exhibition.

On the completion of his apprenticeship he remained with Messrs. Kilbourn as draughtsman and was engaged with them until 1893 in the design of refrigerating machines and cold storage buildings. He was also responsible for the supervision of the plant during erection and for its testing on completion. In 1893 he was appointed assistant lecturer in engineering at University College, Liverpool, but after holding this position for two years set up in practice on his own account as a consulting engineer. Not unnaturally, he devoted himself to cold storage work, and among the plants carried out to his design may be mentioned those erected by Messrs. Ashton Brothers, of Wigan, and the Central Stores of the Liverpool Cold Storage Company. He acted as consulting engineer to the latter concern for many years. In the meantime, however, he had not altogether severed his connection with the University and when, in 1903, he was appointed Lecturer on Design and Drawing and Dean of the Faculty of Engineering he ceased to practise as a consulting engineer, though, as we have already indicated, he retained his interest in the development of refrigeration. This is shown by the fact that he was appointed to the John William Hughes Chair of Engineering Refrigeration in the Liverpool University in 1920, a position which he held until his retirement from active life in 1924.

During the war, when the Department of Scientific and Industrial Research established a Cold Storage Research Board, Professor Anderson was appointed a representative of the Ministry of Food. He was also a member of the Ice and Cold Storage Association and had served as president of the Liverpool Engineering Society. He was elected a member of the Institution of Civil Engineering in 1905 and of the Institution of Mechanical Engineers in 1892. He was the author of a well-known text-book on refrigeration and of a number of papers on the same subject, and on vapour-compression."