Grace's Guide is the leading source of historical information on industry and manufacturing in Britain. This web publication contains 147,144 pages of information and 233,396 images on early companies, their products and the people who designed and built them. 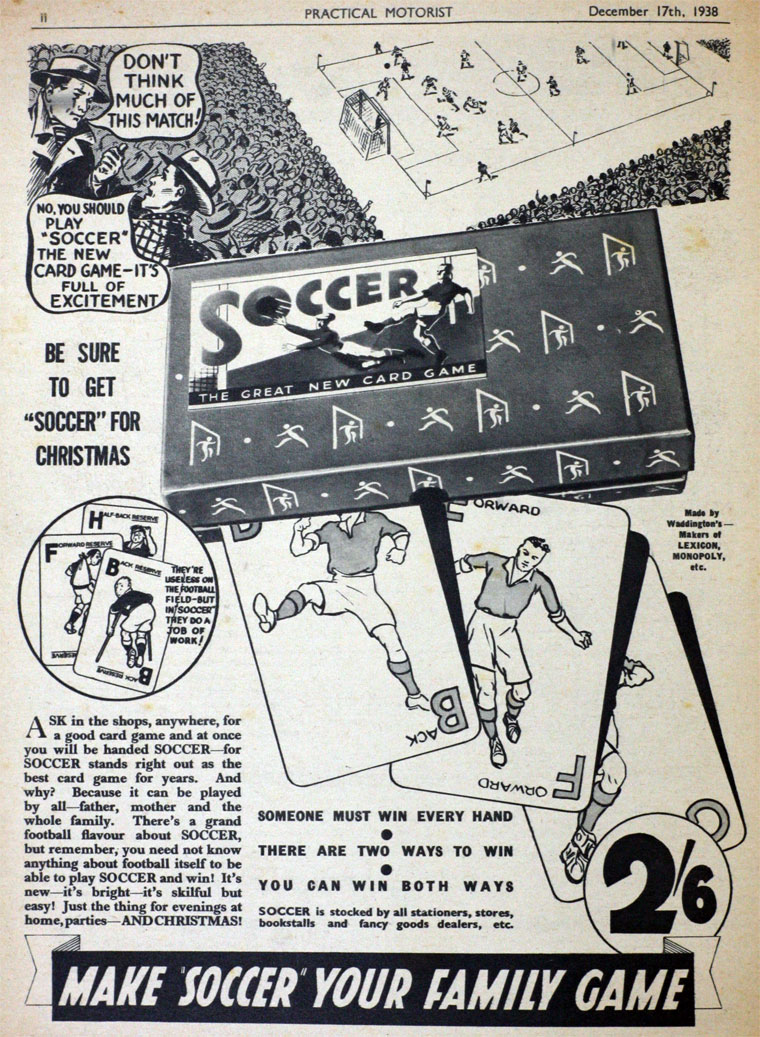 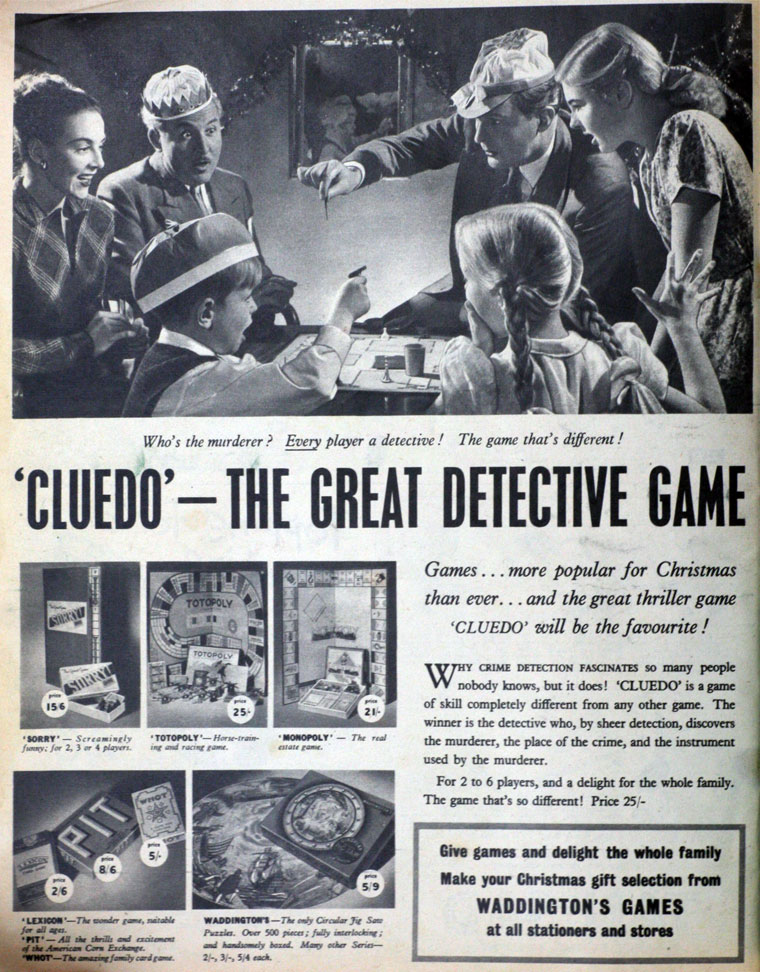 of Waddington's Printing Works, Wakefield Road, Leeds, 10. Telephone: Leeds 76011. Cables: "Wadding, Leeds." London Offices: 22 Charing Cross Road. John Waddington was the largest printer in the North of England (1937) and a lithographer, and became well known to the public as a publisher of card and board games.

1905 Company founded and initially established as a printing business. The company was founded by John Waddington and Wilson Barratt, under the name Waddingtons.

The name was changed to Waddington's House of Games, then John Waddington Limited, then Waddington Games, and finally just Waddingtons.

1922 The company started producing games, due to a boom in demand for playing cards during World War I. Waddingtons subsequently sold both original games (especially tie-ins for UK television programmes) and games licensed from other publishers.

1941 the British Secret Service had the company create a special edition of Monopoly for World War II prisoners of war held by the Nazis. Hidden inside these games were maps, compasses, real money and other objects useful for escaping. They were distributed to prisoners by the International Red Cross.

1957 John Waddington (Sales) Ltd was registered as a subsidiary to carry on business as makers and dealers in playing cards, greetings cards, etc[2]

1957 Formed Plastic Packaging,a JV with Mono Containers to exploit the research done on the impact of plastic materials on food packaging[3]

1960 "Merger of interest" with Valentine and Sons made Valentines a subsidiary of Waddingtons in all but name; this unusual approach was necessary because of the agreement with Norcros that any change of control in Valentines would allow that agreement to be terminated[4]

1961 John Waddington acquired one quarter of the share capital of Eagle Transfers; Eagle purchased from Waddingtons its Jenson transfer division[7]

1963 Acquired the remaining shares in Valentine and Sons[8]

1995 The John Waddington part of the company, handling games, was bought by Hasbro after the government overturned an Office of Fair Trading recommendation[12]. The packaging part seems to have continued as Waddingtons