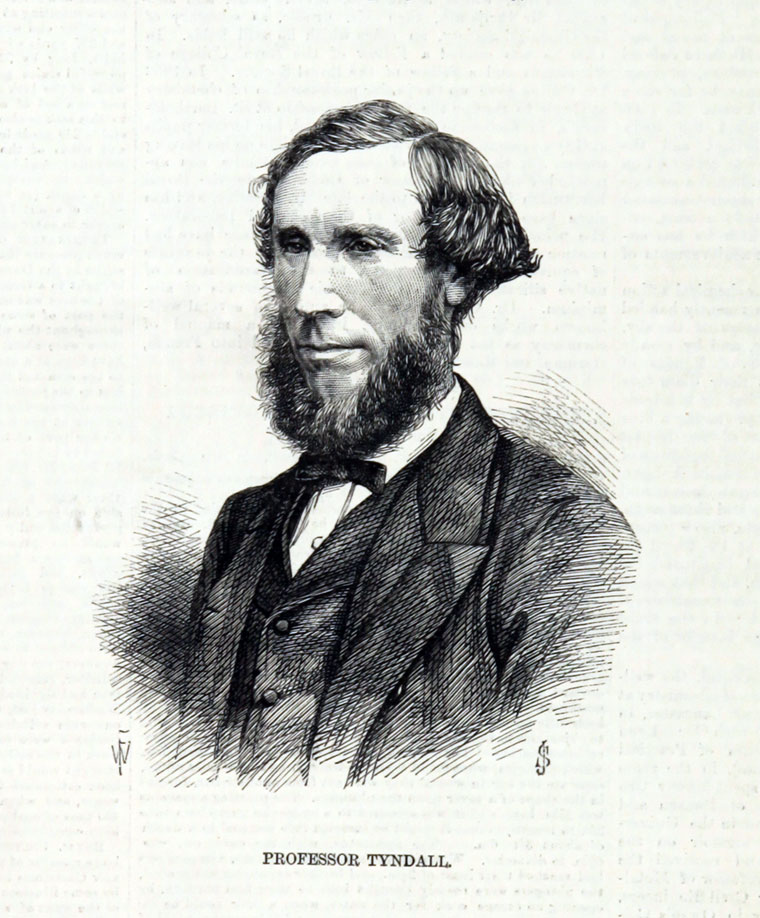 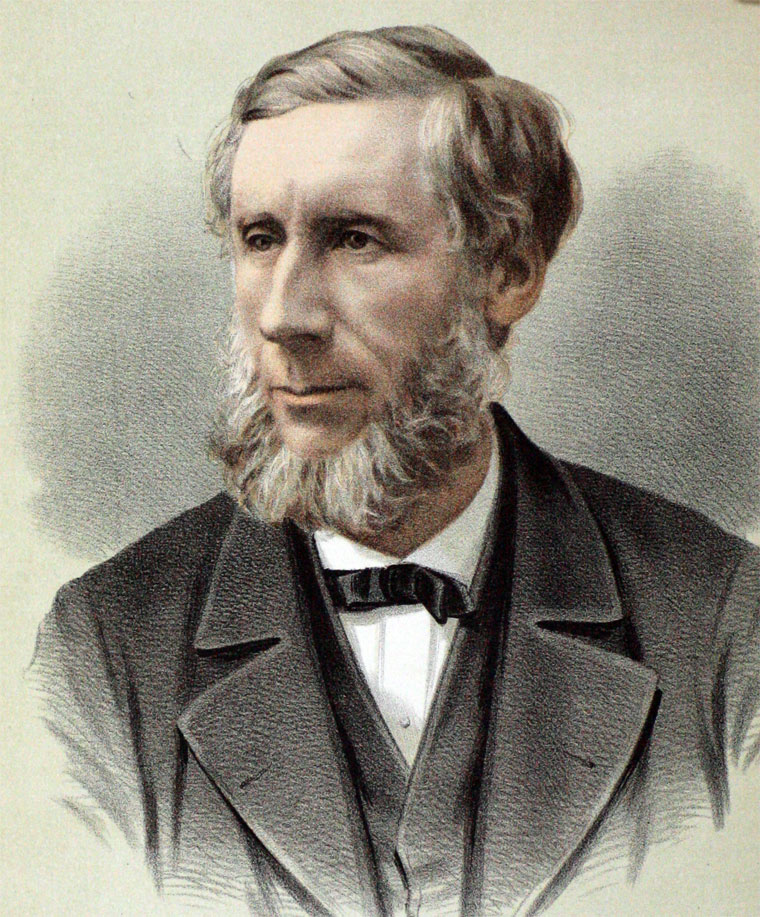 John Tyndall FRS (2 August 1820 – 4 December 1893) was a prominent 19th century physicist. His initial scientific fame arose in the 1850s from his study of diamagnetism. Later he studied thermal radiation, and produced a number of discoveries about processes in the atmosphere. Tyndall published seventeen books, which brought state-of-the-art 19th century experimental physics to a wider audience. From 1853 to 1887 he was professor of physics at the Royal Institution of Great Britain in London.

1850 to 1856 His experimented on magnetism and diamagnetic polarity.

1852 Elected a fellow of the Royal Society.

1853, He attained the prestigious appointment of Professor of Natural Philosophy (Physics) at the Royal Institution in London.

c1880's He worked with Trinity House with regard to signalling. [1]

See the Wikipedia entry for a good list of scientific achievements.