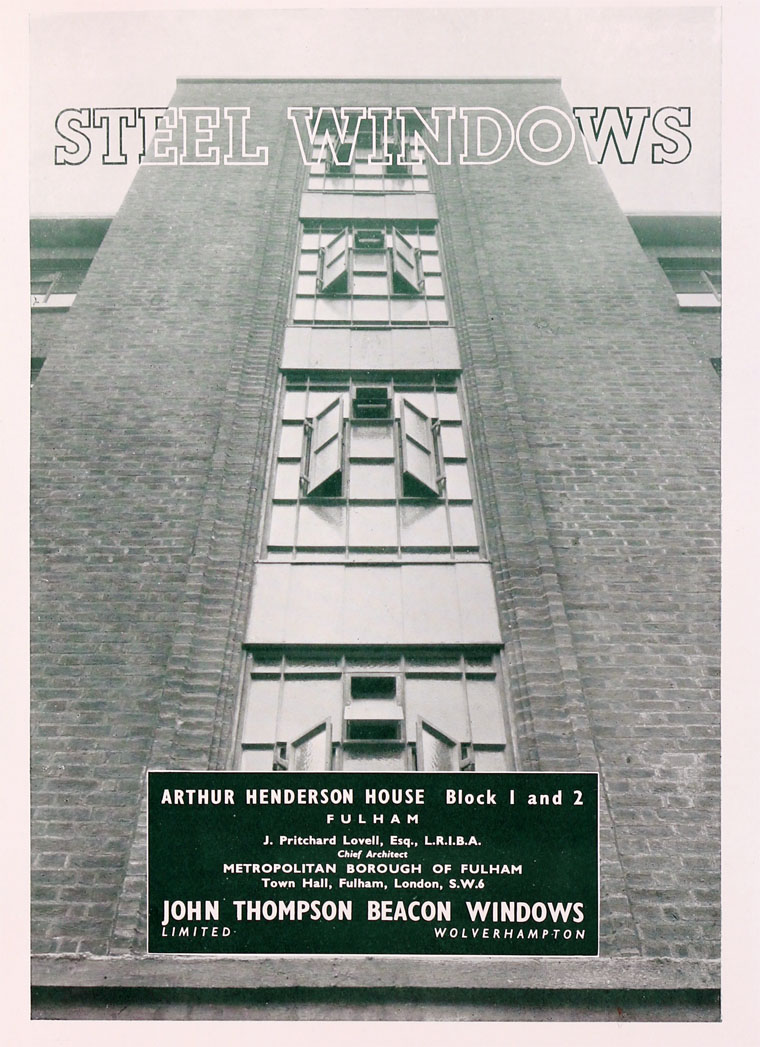 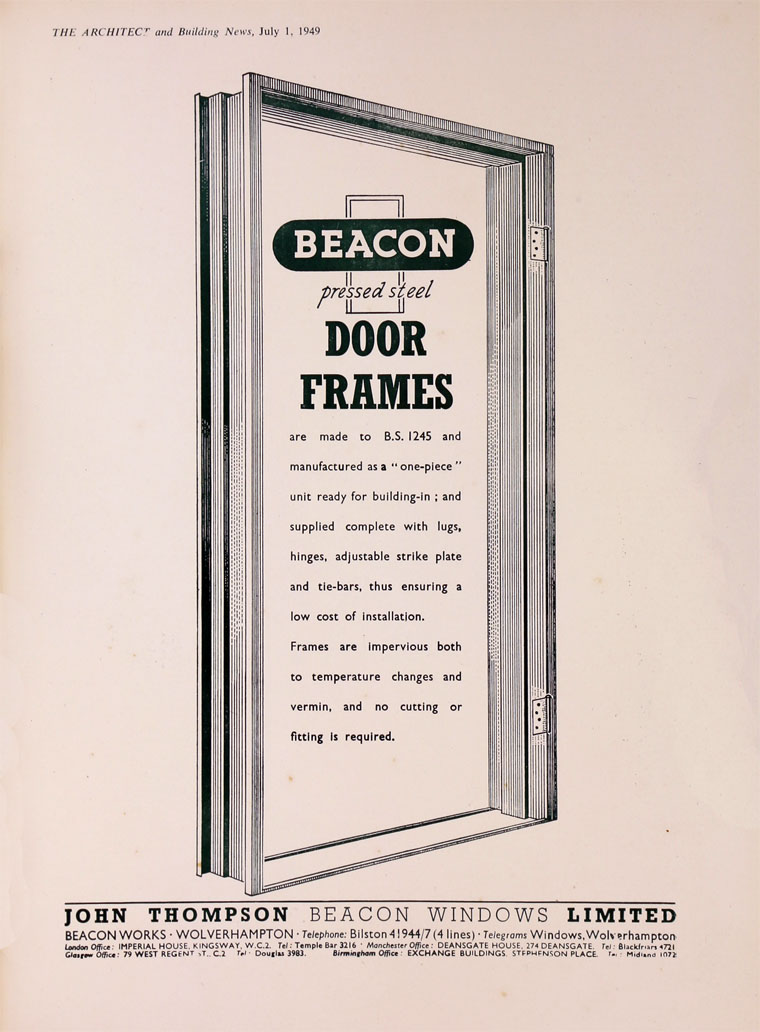 1919 John Thompson company took over Taylor Windows of Shepherd Street, Wolverhampton and formed the Beacon Windows Co to carry on the business, building new works to do so. This company was run as a separate company until it was amalgamated with Motor Pressings in 1966.