Grace's Guide is the leading source of historical information on industry and manufacturing in Britain. This web publication contains 137,389 pages of information and 221,010 images on early companies, their products and the people who designed and built them. 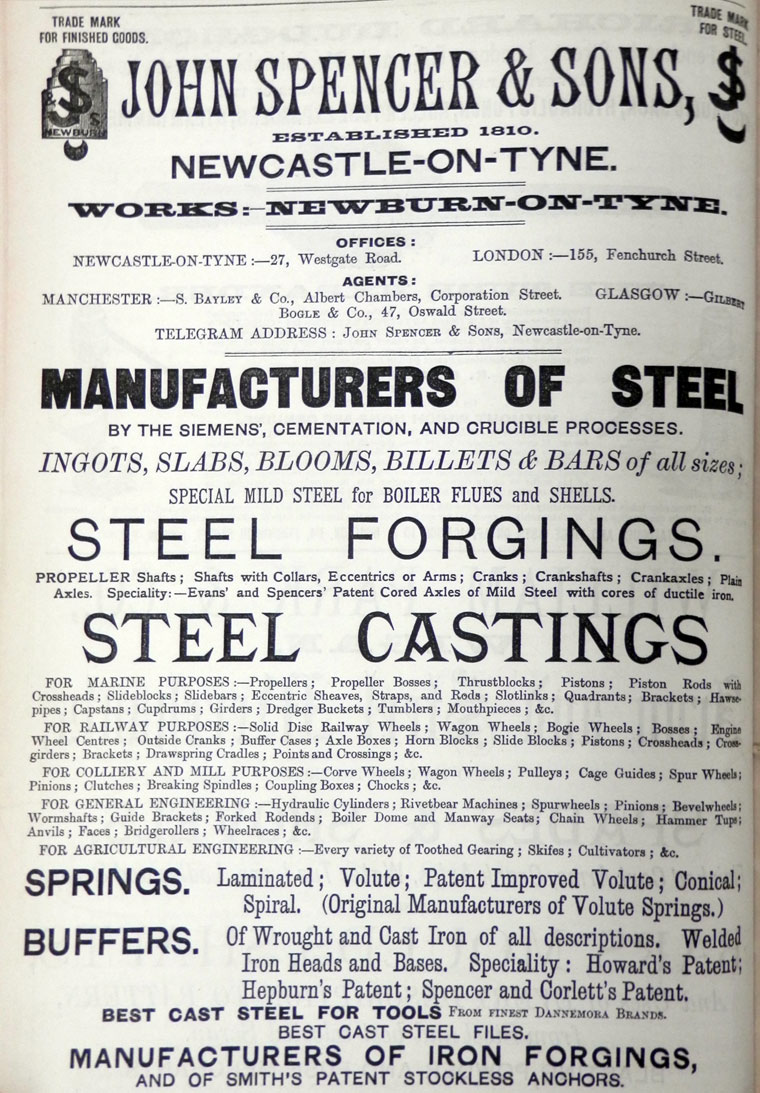 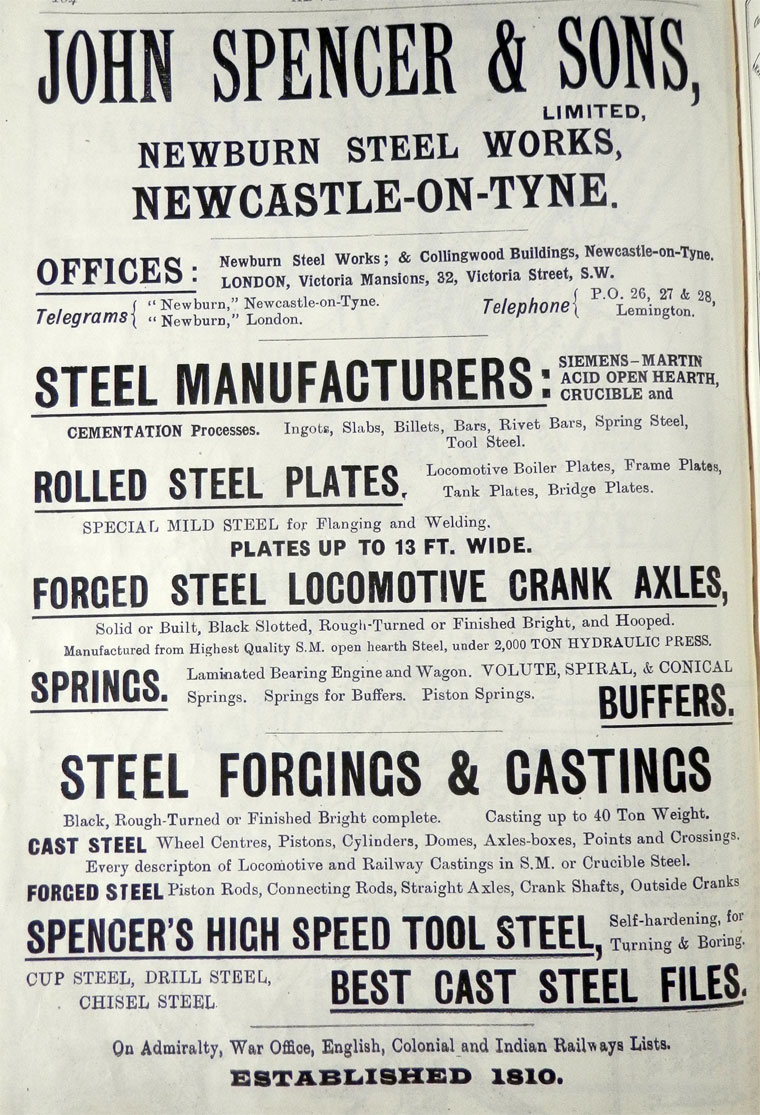 1810 The business was founded by John Spencer, who made files using water power in a mill previously used for corn. Spencer & Sons, otherwise known as Spencer's steel­works, operated for 119 years and supplied all the original requirements of Robert Stephenson and Hawthorns for the construction of the early rail locomotives and later supplied many of the shipyards. The steel used was made from cemented Swedish bars.

1847 The original manufacturer of volute springs for railway use under Baillie's patent.

1888 The company was registered on 30 April, to acquire the business of iron and steel manufacturers and engineers of the firm of the same name. [3]

c.1904 Made steel plates for the RMS Mauretania

In the decline of the 1900s, Spencer's steelworks faced a battle for survival and were eventually forced into volun­tary liquidation in 1924 with the loss of 2,000 jobs. The rolling mills were dismantled and sold to a Sheffield firm but the manufacture of forgings, castings, railway wagon springs, etc continued at Newburn.

1927 Mr R. S. Dalgleish, one time Sheriff of Newcastle, shipowner and head of Cowpen Dry Docks and Shipbuilding Co and others, acquired the forging department

1929 Started again to make railway axle springs and other materials