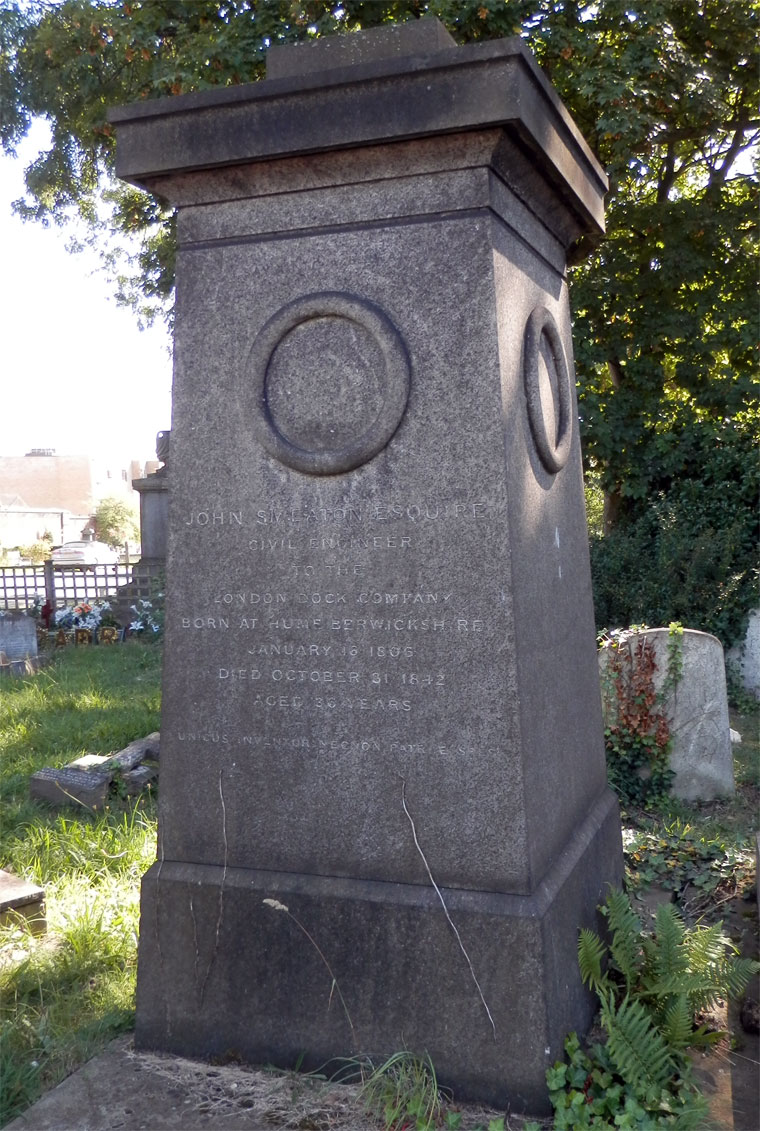 1842 John Smeaton of the London Docks, became a member of the Institution of Civil Engineers.[1]

1844 '...in a cause Marshall versus Smeaton,the creditors of John Smeaton, late of the Eyre Arms Hotel, St. John's-wood, in the county of Middlesex, and of the London-docks, Civil Engineer, deceased (who died in the month of October 1841),...[2]

Mr. John Smeaton and Captain R. Foster, Bombay Engineers, had only been elected during the past Session, and owing to the sudden decease of the former, and the shattered health of the latter, consequent on a lengthened residence in the East Indies, they had scarcely ever been able to attend the meetings of the Institution.