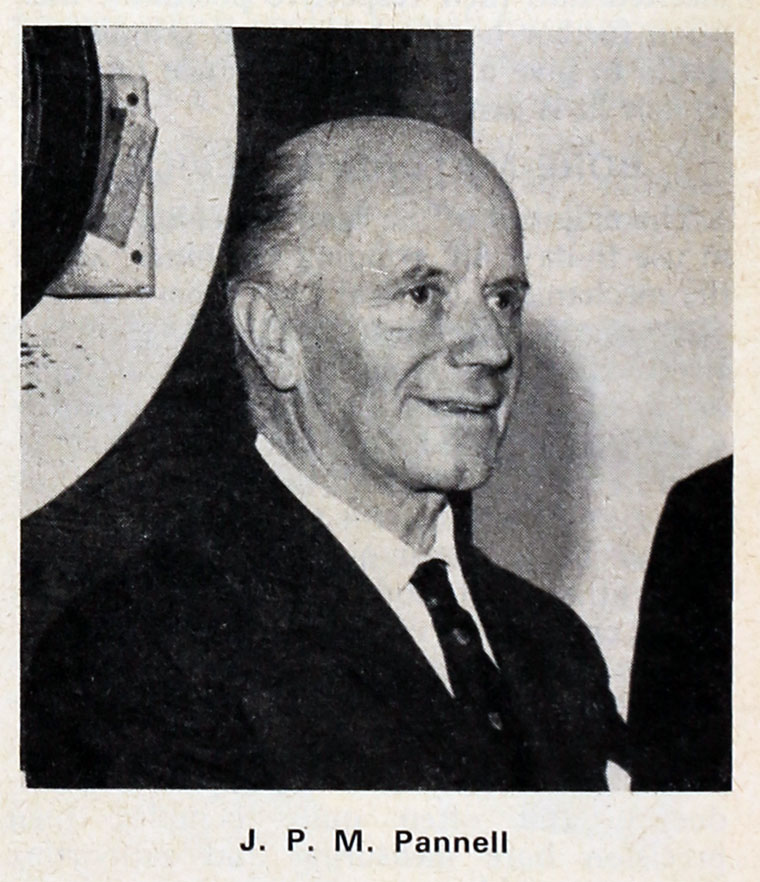 "THE death occurred recently of Mr. John P. M. Pannell, who was for many years chief engineer of Southampton Harbour Board and was well known as an author of civil engineering books. He was sixty seven. Much of Mr. Pannell's early experience in civil engineering was gained with the Great Western Railway with whom he worked for thirteen years from 1922. In 1935 he became chief engineer of Southampton Harbour Board, a position he held for twenty-nine years, during which time various schemes of modernisation and improvement were undertaken at Southampton. After his retirement in July, 1964 he undertook consulting work in association with C. H. Dobbie and Partners.

Mr. Pannell was active in the affair of the Institution of Civil Engineers, both locally and at Westminster, and he was at one time chairman of the Institute's Southern Association.