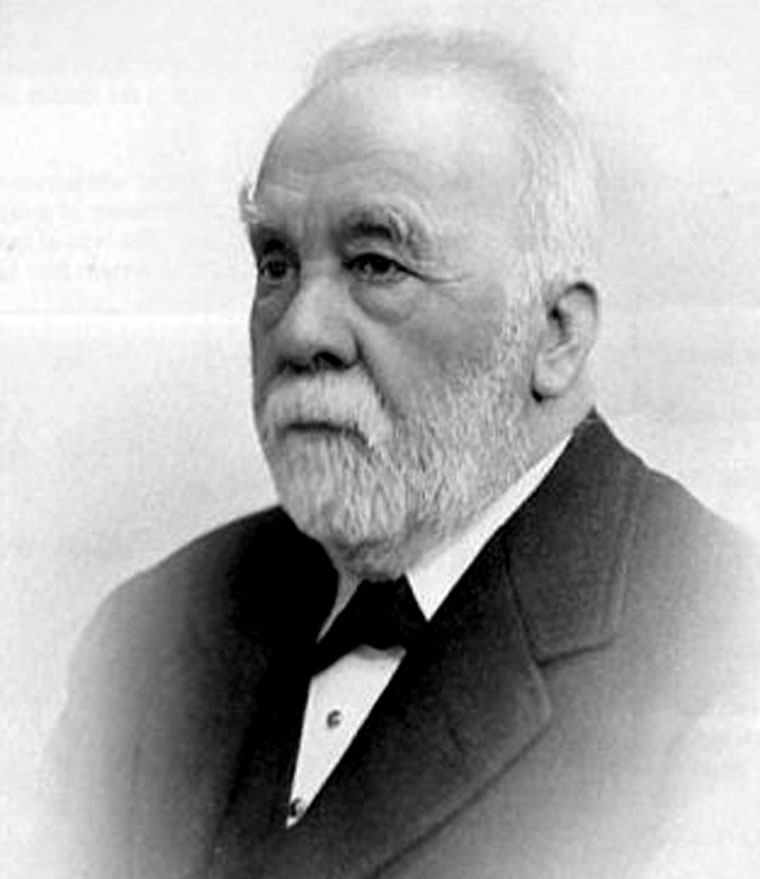 John Marston (1836-1918) was the founder of John Marston Ltd, Villiers and the Sunbeam Motor Car Co company of Wolverhampton.

1836 May 6th. Born in Ludlow the son of Richard Marston, Chemist, of a minor landowning family, and his wife Mary White

1851 At age 15, went to Wolverhampton to be apprenticed to Edward Perry at the Jeddo Works of Wolverhampton as a japanner (metal lacquerer).

1859 At age 23, he bought two existing tinplate manufacturers and set up on his own as John Marston Ltd, making any and every sort of domestic article. Another source says: When his apprenticeship ended he purchased the Daniel Smith Lester (died 1858) japanning business at Bilston.[1]

c1866 Married Ellen the daughter of Charles Edge, an Architect of Birmingham [2]

His business did so well that when Edward Perry died in 1869, Marston took over his Paul Street Works, an iron and tin smithing and japanning business, and incorporated it using his own name - John Marston and Co Ltd.

At some point Marston is thought to have acquired the business but not the premises of Frederick Walton and Co, japanners

Marston disapproved of motorcycles, which he thought were dangerous. This did not stop him making thousands of them. But he never rode one, and nor did he ever drive a car. Nearly all his life he was a dedicated cyclist, most often using a tricycle. He was a successful businessman, and an apparent harsh employer. Workers who made a mistake at his factory were bluntly told "Get your jacket" and with that Marston threw workers out.

1902 He decided to concentrate on bicycles, etc and sold off the japanning and metalware side of the business to Orme Evans, who were large producers of domestic enamel wares.

1909 Given the Freedom of the City of Wolverhampton. Has been a town councillor for 24 years, an Alderman for 18 and the mayor twice. [9]

He attended St. Jude's church with metronomic regularity. He lived most of his adult life in The Oaks, Merridale Road, Wolverhampton.