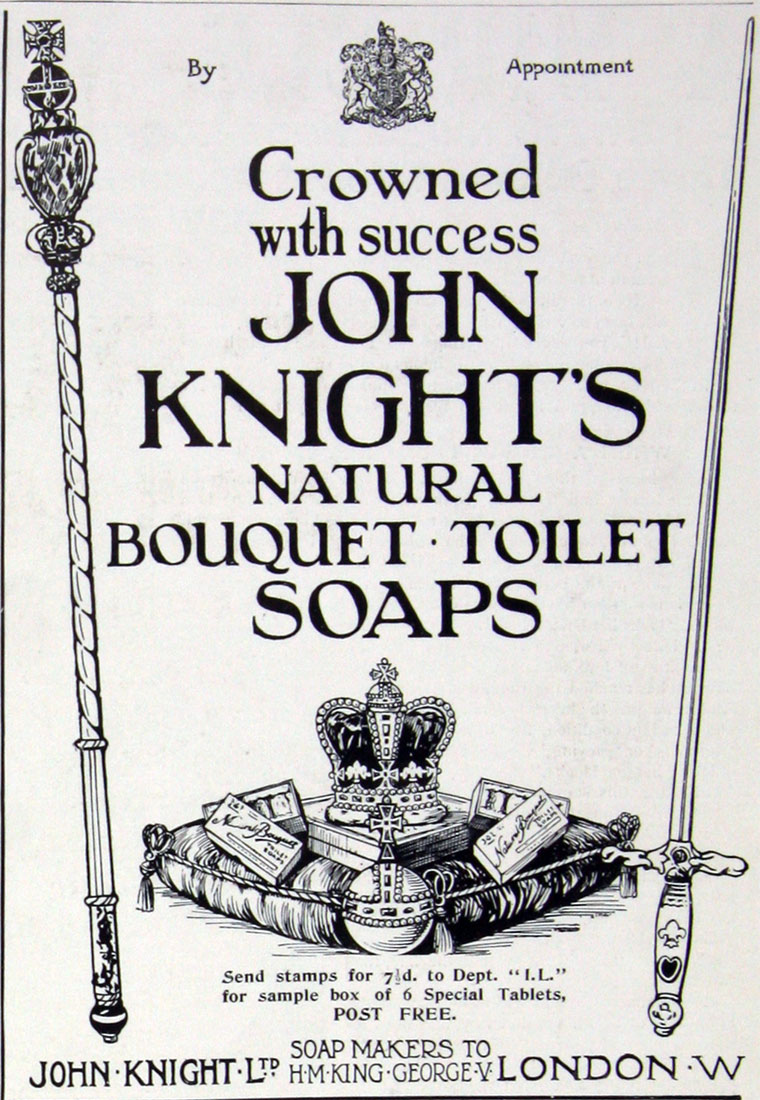 1850s Employed 150 persons and produced between two and three thousand tons of soap per annum.

1906 The company of John Knight Ltd was registered on 13 November, to acquire the undertaking of John Knight and Sons, soap makers and perfumers. [1]. Public company incorporated.

By 1922 was an associate company of Lever Brothers[2]

1946 Entered into an arrangement with R. S. Hudson Ltd to form a new marketing company called Hudson and Knight to act as selling agents for the products of both companies to grocers and chemists[4]. Food rationing affected the supplies of raw materials to the fat melting and bone processing department; the vegetable adhesive department continued to make progress despite constraints on supplies of paper and cardboard, the main users of these products; seed crushing and oil refinery department was supplying makers of cattle cake and edible oils.

1949 Hudson and Knight were unable to satisfy demand for the 2 major products, Knights Castile and Family Health Soap, due to rationing; demand for Shavallo Shaving Cream increased by 50 percent (not restricted by rationing)[5]