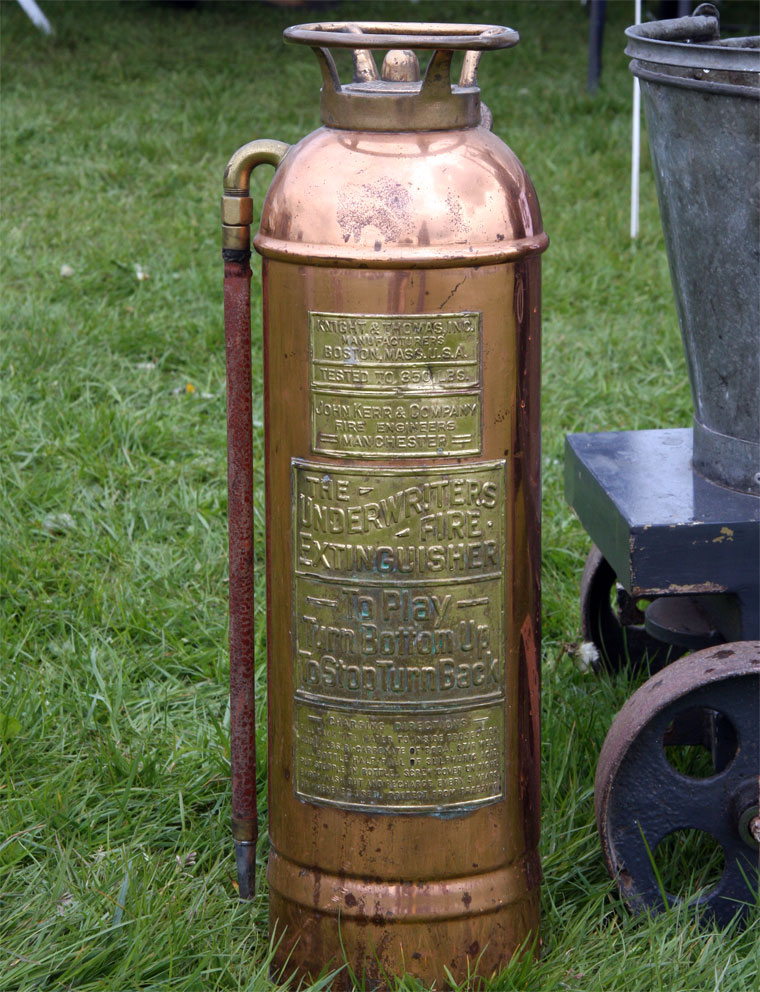 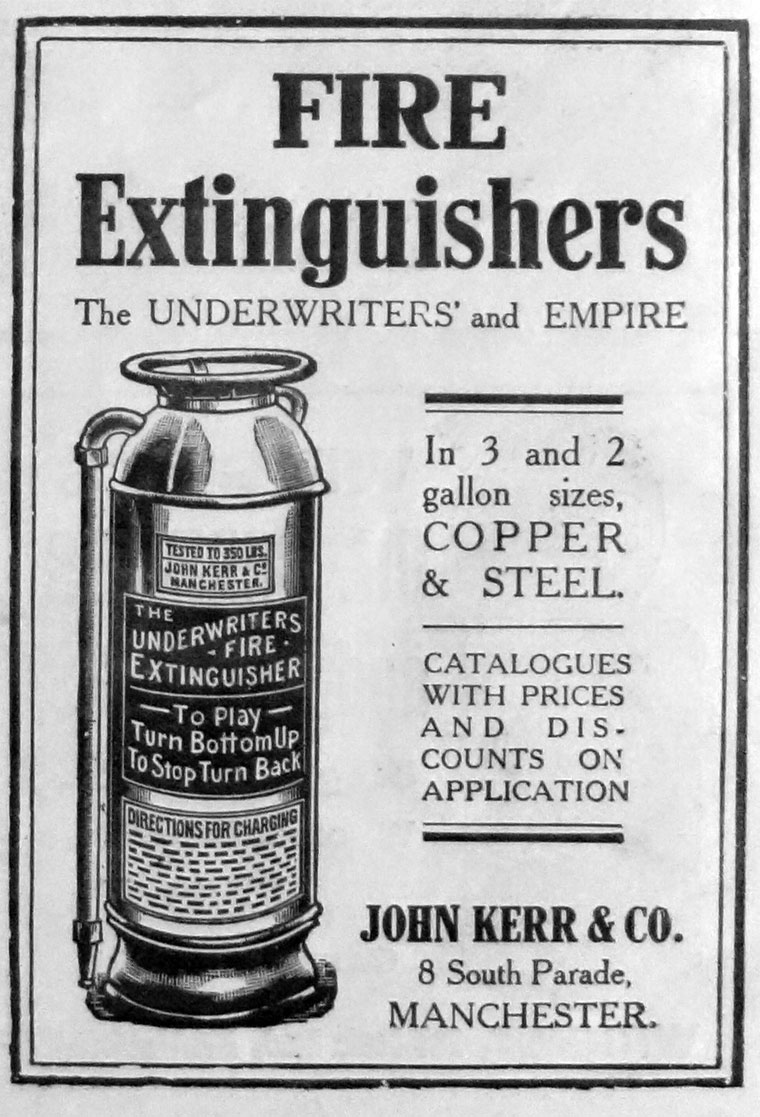 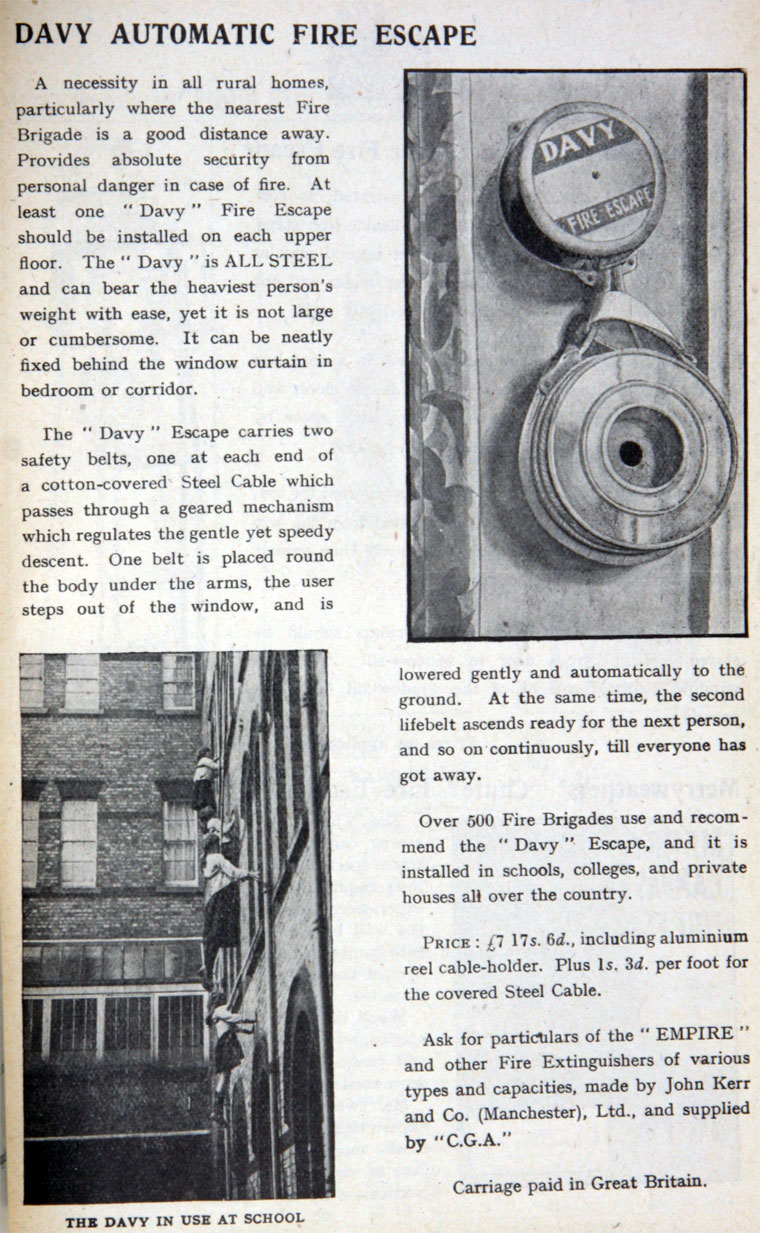 of 8 South Parade, Manchester and of Little Peter Street, Manchester.[1]

Established in 1903 by John Kerr McMyn.

1932 Delivered a new type of fire tender to Redcar Corporation; this supplied Carbon Dioxide carried in liquid form in the tender. It had been designed by J. C. Enright of the company and was the first of its type in Britain. The Lux equipment was supplied by the Walter Kidde Co mounted on a Commer Centaur chassis. The vehicle was constructed by Fleming Brothers of Redcar[2]

1951 moved into new premises in Liverpool.

1980's John Kerr and Co merged with a company from Copenhagen called Ginge, so they became Ginge-Kerr.

It is currently part of Kidde Products.