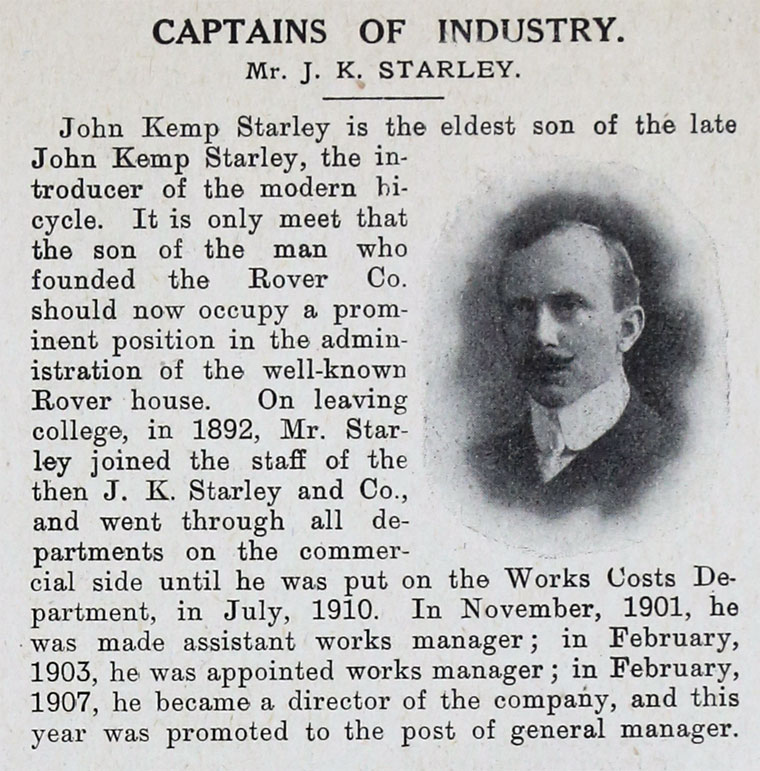 c. 1877 First child of John Kemp Starley and his wife Abigail. The first of 6 sons and 4 daughters. See Starley Genealogy

John Kemp Starley (junior) followed his father into the business he had founded.

He joined the Rover Company at the commencement of his career and remained with them for fourteen years as Assistant Works Manager and later Works Manager. He became a Director of the Company in 1907.