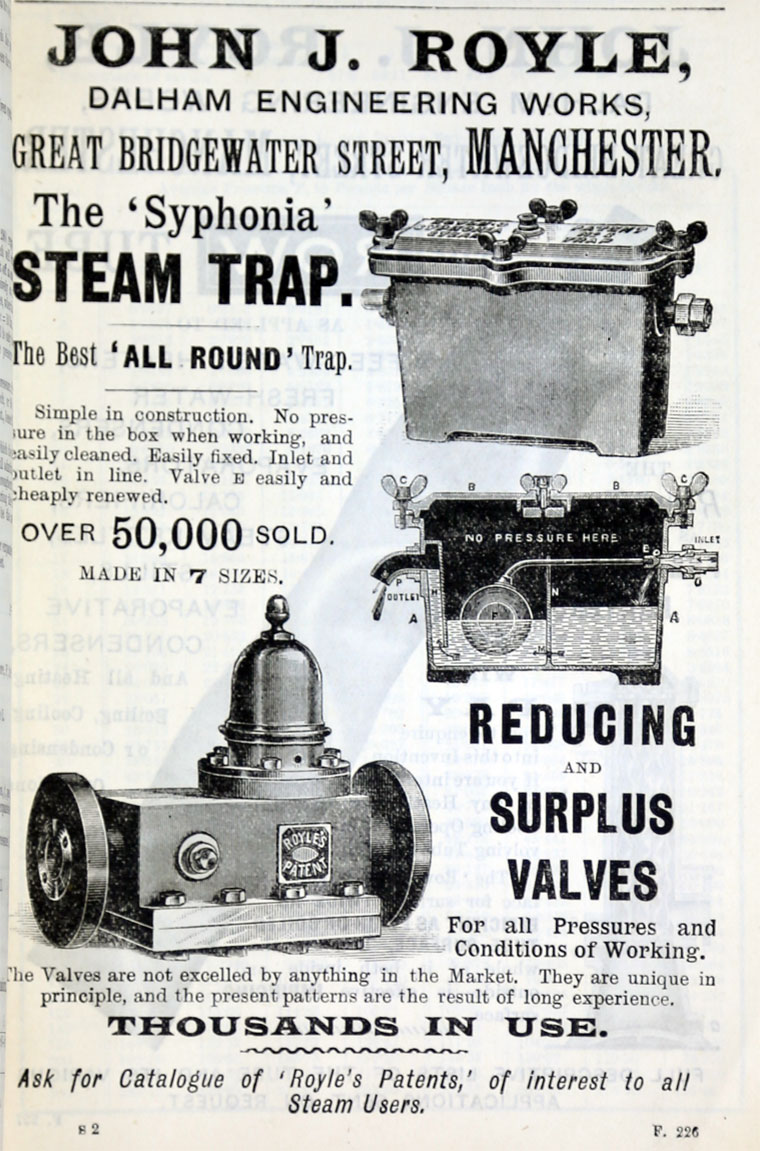 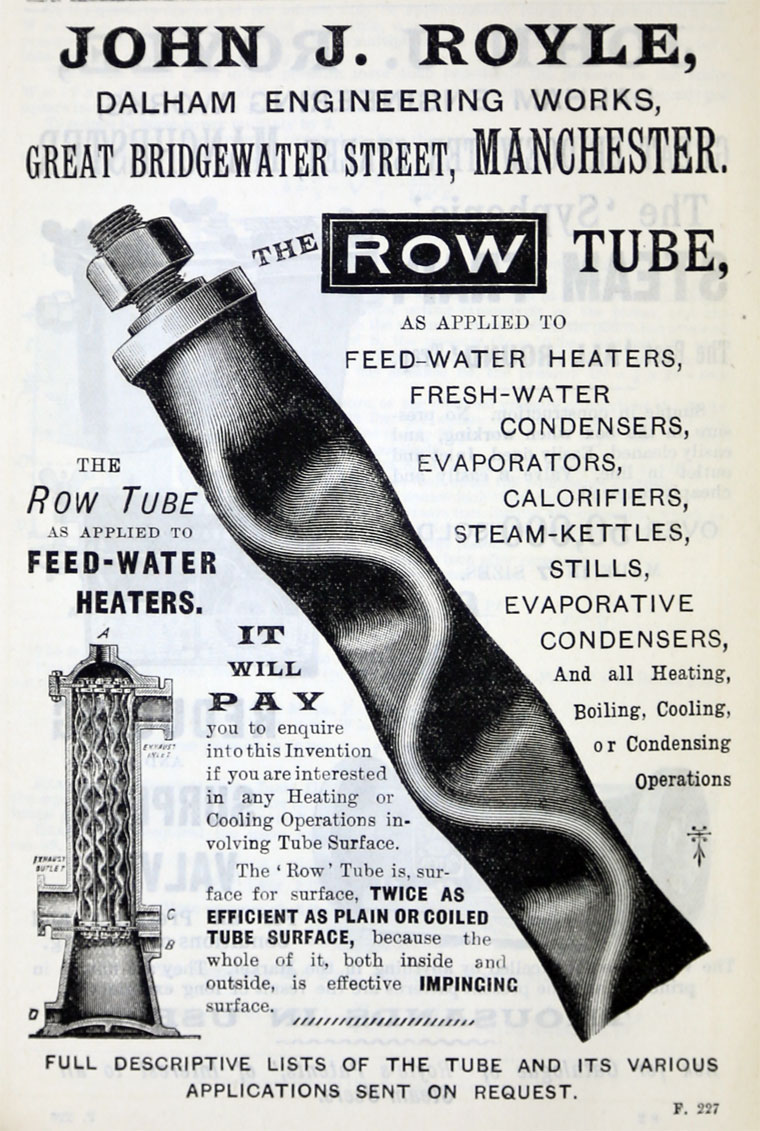 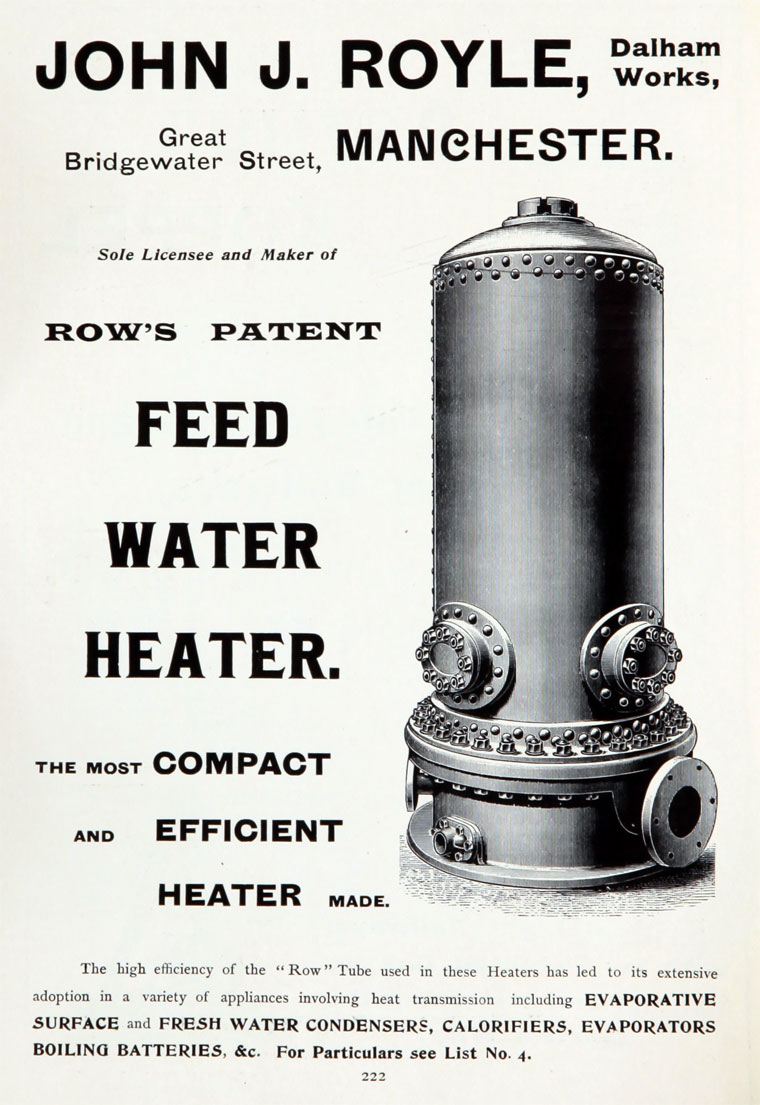 c.1901 John J Royle (Royle's Patents) had moved to larger premises in the fork of Great Bridgewater Street and Chepstow Street, immediately north of the pub Peveril of the Peak. Goad's Insurance Plans for Manchester, Sheet 22 dated 1886, updated c.1901, shows that Royle’s occupied a four storey building which incorporated a mechanics’ shop, pattern store, showroom, warehouse, packing room, and contained a test boiler and a gas engine. This building survived until at least 1964 [3]

Royle also opened a showroom in Cock Lane, London EC1. The words 'John J. Royle of Manchester' are still displayed in terracotta on the surviving premises.[4]

The business developed and became Royles.

When John G. Wilson died in the early 1890s, John James Royle took over the business, which had an office at No. 109 Market Street, Manchester. Royle was elected a Fellow of the Chartered Institute of Patent Agents in 1899 but resigned in 1902 in order to devote his full time to his expanding engineering business, Royles Ltd. Royle was a very prolific inventor and took out numerous patents, especially in connection with steam traps and similar devices.[5]