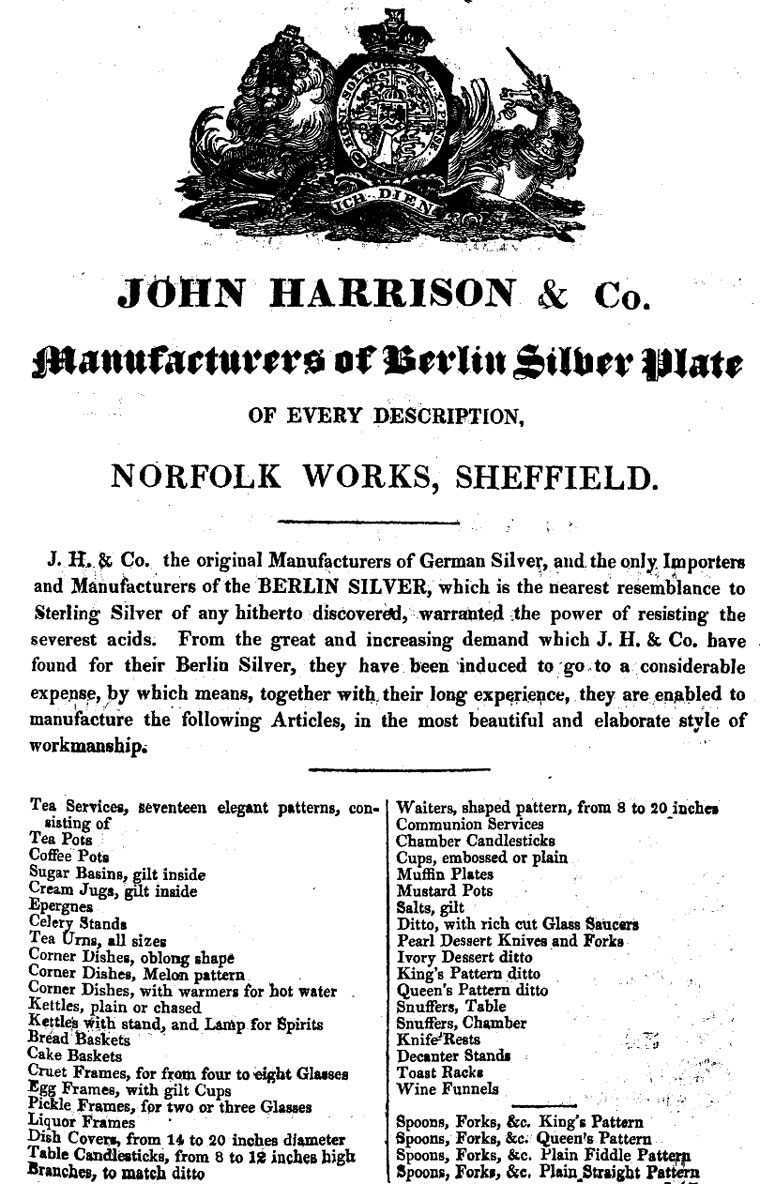 Harrison took out a licence from Elkington in Birmingham for using the Wright's electro-plating process in his own establishment. He sent Mr. George Walker to Birmingham to be instructed by the patentees in the art, the expenses attending such instruction being defrayed by his partner, Mr. Harrison. Having completed his knowledge of the process, Mr. Walker returned to Sheffield, and an agreement was drawn up stipulating that he should have 25s. per week for the first year's service, 30s. for the second, and 35s. for the third and last year. Mr. George Walker was, therefore, the first operative electro-plater in this town, and Mr. John Harrison was the first manufacturer of electro-plate goods, and the introducer of the process for his own private business.

Mr. George Walker had been with Mr. Harrison some eighteen months, when, being called into the office, his employer said to him, "You must instruct my son in the plating business," which Mr. Walker declined to do, thinking the son, at the expiration of the three years, would take his place. In vain did Mr. Harrison endeavour to show him how much he was indebted to him for a knowledge of the business, and quite despairing of gaining his request, he fetched out of an inner office the agreement, and handing it to his employee, said, "Take that, and you and I part for ever." Mr. Walker took it, tore it up, and left the office.[1]