(Redirected from John Hare and Sons)
Jump to: navigation, search 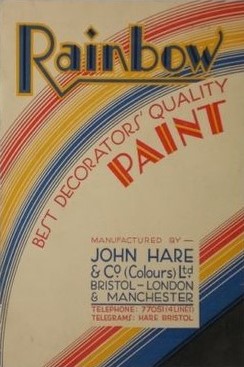 1835 'Hare v. Gwyer (Special Jury):- This was an action brought by the plaintiff, Mr. John Hare, the father of the proprietors of the very extensive floor-cloth manufactory in this city, against the defendant, Mr. Gwyer, for the purpose of abating a nuisance, occasioned by the defendant in setting up a steam-engine on his premises adjoining those of Mr. Hare.
The case was stated to the jury by Mr. Erle. His client alleged three specific grounds of complaint; 1st. the annoyance arising from the working of the steam-engine, and the damage which its motion occasioned to his house; the injury he had sustained by the drawing off of his accustomed supply of water from the well, and the deterioration of its quality; and, 3rd, the erection of a certain building or wall: he would advert to each in the order in which had placed them: The premises in question came into the possession of Mr. Hare in the year 1799, and had subsequently been occupied either by himself or others to whom he had let them. The premises of the defendant were immediately adjoining, both being situate on what was called the Bath Parade, and fronting the road leading from this city to Bath.' The court found for the plaintiff. [6]. Witnesses included: F. Jones, oil merchant; John Bees, well-sinker; James Rugg and John Cort, plumbers; Charles Manby, engineer; W. Evans, mason; W. Thomas, millwright; Thomas Foster, surveyor; W. Armstrong, civil engineer.

1869 Partnership between John Hare, Sholto Vere Hare, Charles Bowles Hare and Henry Grace Hare, in the business of floorcloth, white lead and colour manufacturers, oil merchants and flax spinners, trading under the names John Hare and Co, Charles Hare and Co and Hare Brothers has been dissolved by mutual consent, due to John and Sholto Hare's retirement. The family's businesses continued trading under their existing names. The remaining two partners, Charles and Henry Hare, were joined by John Hare's son, John Strachey Hare.[7]

1878 Partnership between Charles Bowles Hare, Henry Grace Hare, John Strachey Hare and Charles Felce Hare, in the business of floorcloth, white lead and colour manufacturers, oil merchants and flax spinners, trading under the names John Hare and Co, Charles Hare and Co and Hare Brothers has been dissolved by mutual consent, due to John Hare's retirement. The family's businesses continued trading under their existing names.[8]