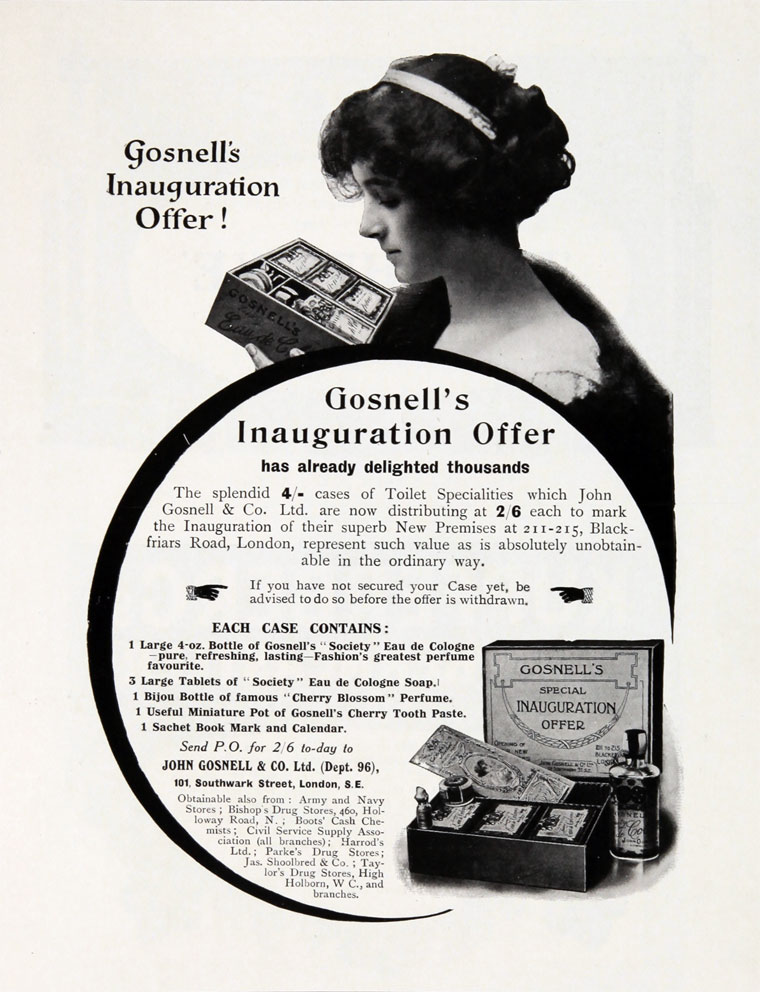 The company traces its roots back to 1677. Over the first one hundred and fifty years the company changed its name a number of times from John Price through to Price and Gosnell to John Gosnell.

1832 John Gosnell died and the business was divided amongst family.

1841 Listed at 12 Three King Court, 32 Lombard Street as 'Gosnell, John and Co, perfumers and soap makers to the Queen' and as 'Price and Gosnell, Perfumers etc.' Also stated to be successors of Price and Gosling and at 160 Regent Street. [2]

During the reign of Queen Victoria the company expanded globally with its Cherry Blossom, Famora and Society ranges becoming major household names. The Company was particularly innovative in advertising; for example flying perfume bottle shaped hot air balloons over Paris and London and lotteries in China.

1920s Success continued until sometime in the 1920s, at which point a decline in the demand for British products and the conduct of the owners resulted in a significant slow down in the company’s development.

1930s Acquired building in Union Street with a warehouse in Doyce Street.

Today, the company remains as an independent cosmetic house.