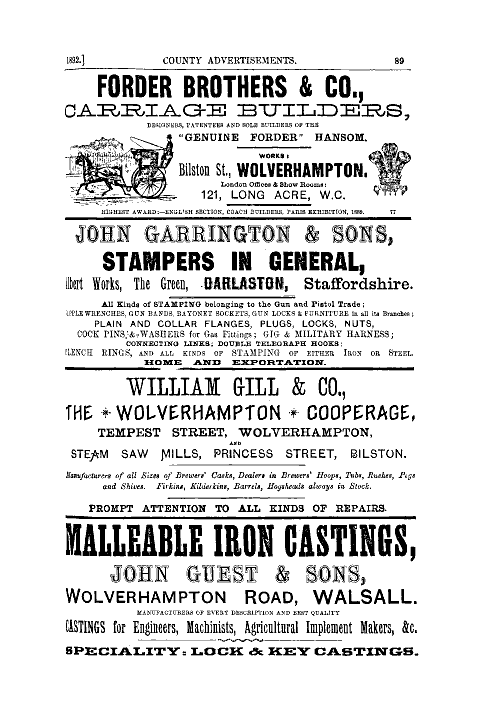 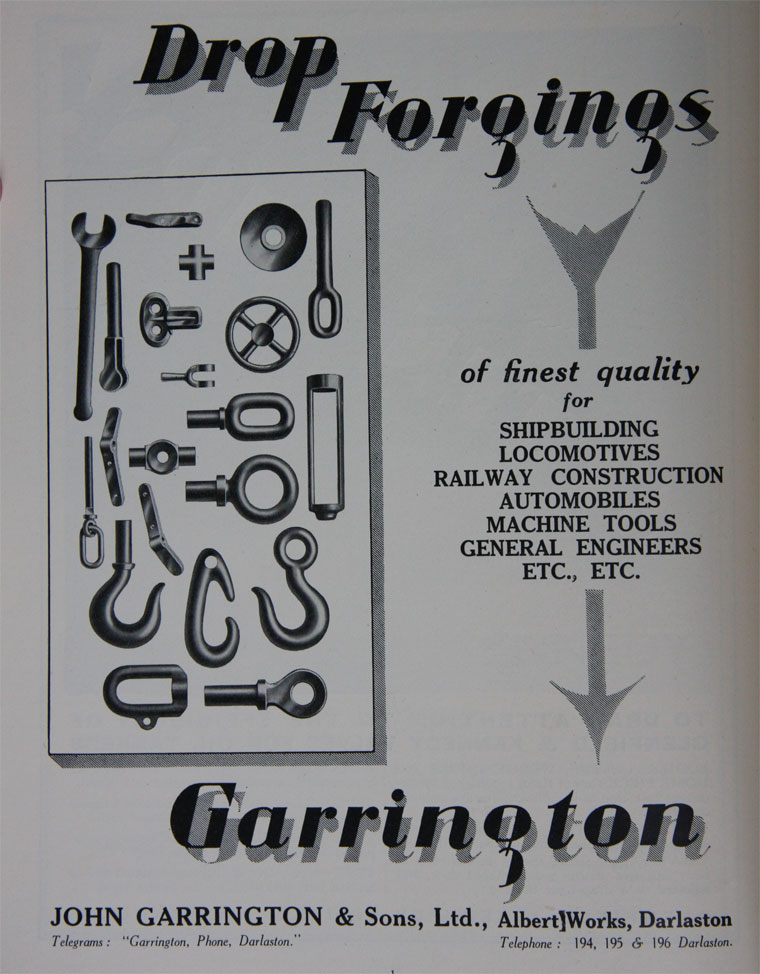 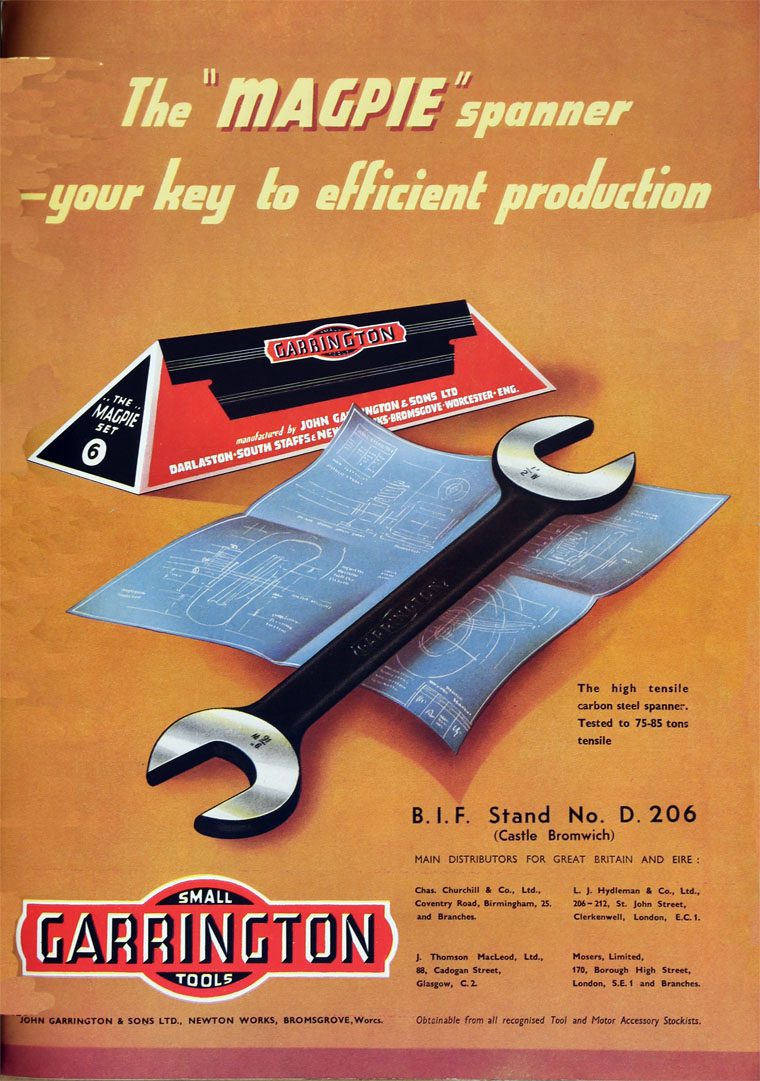 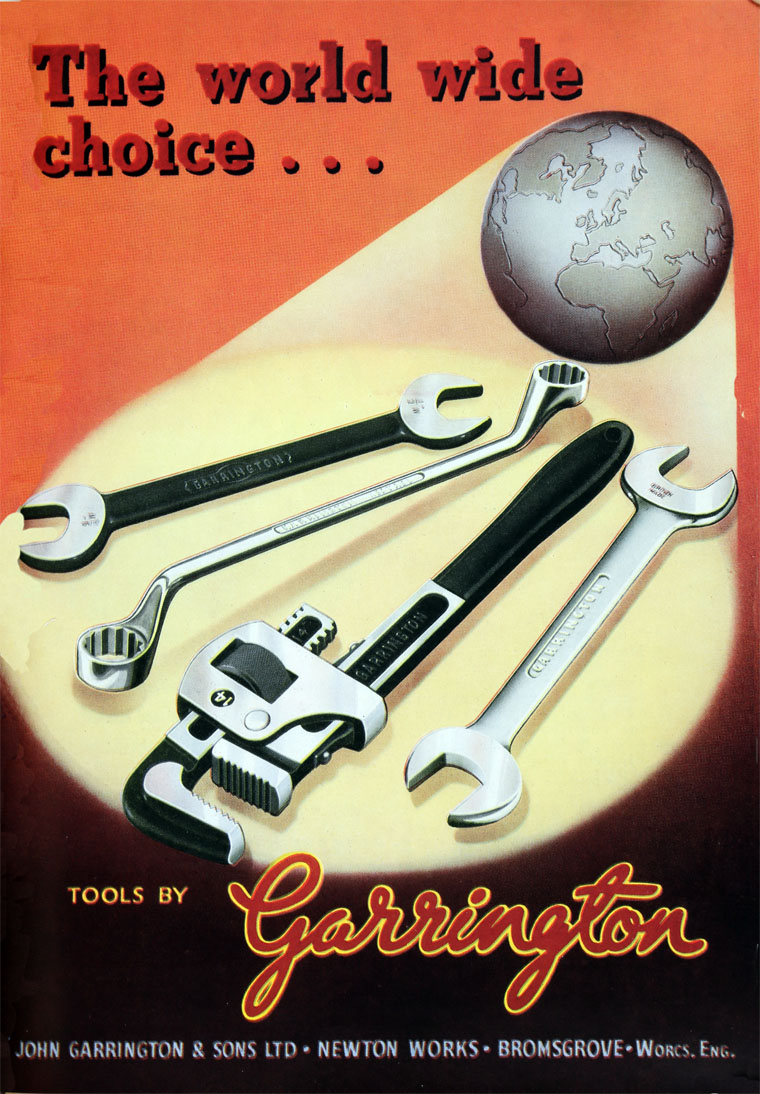 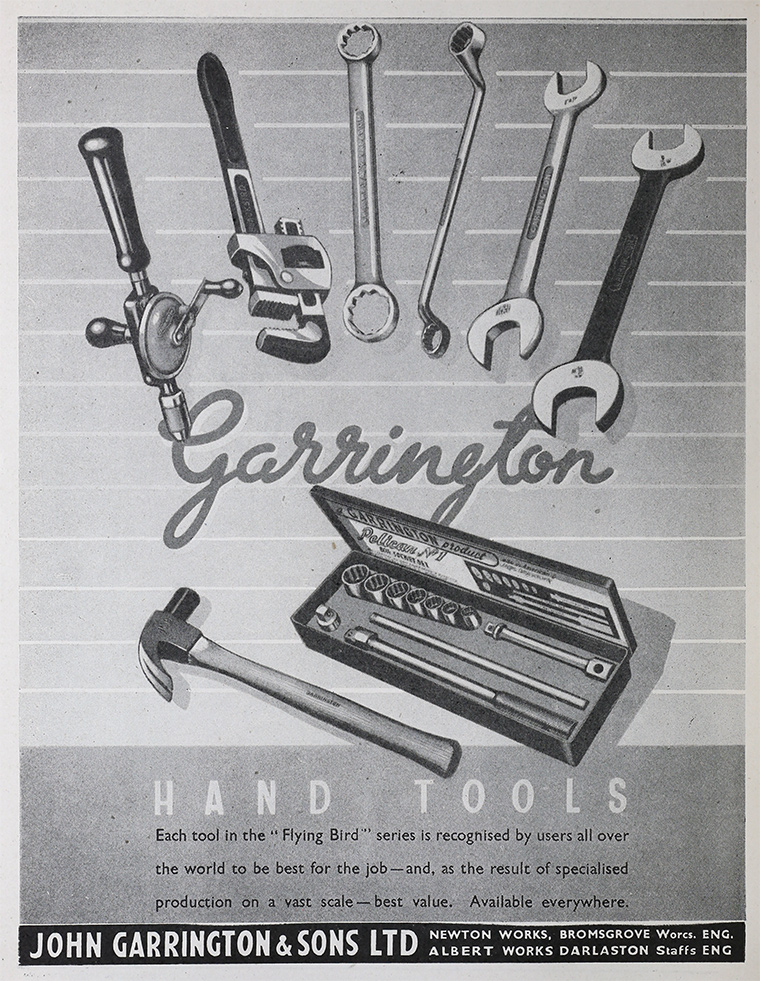 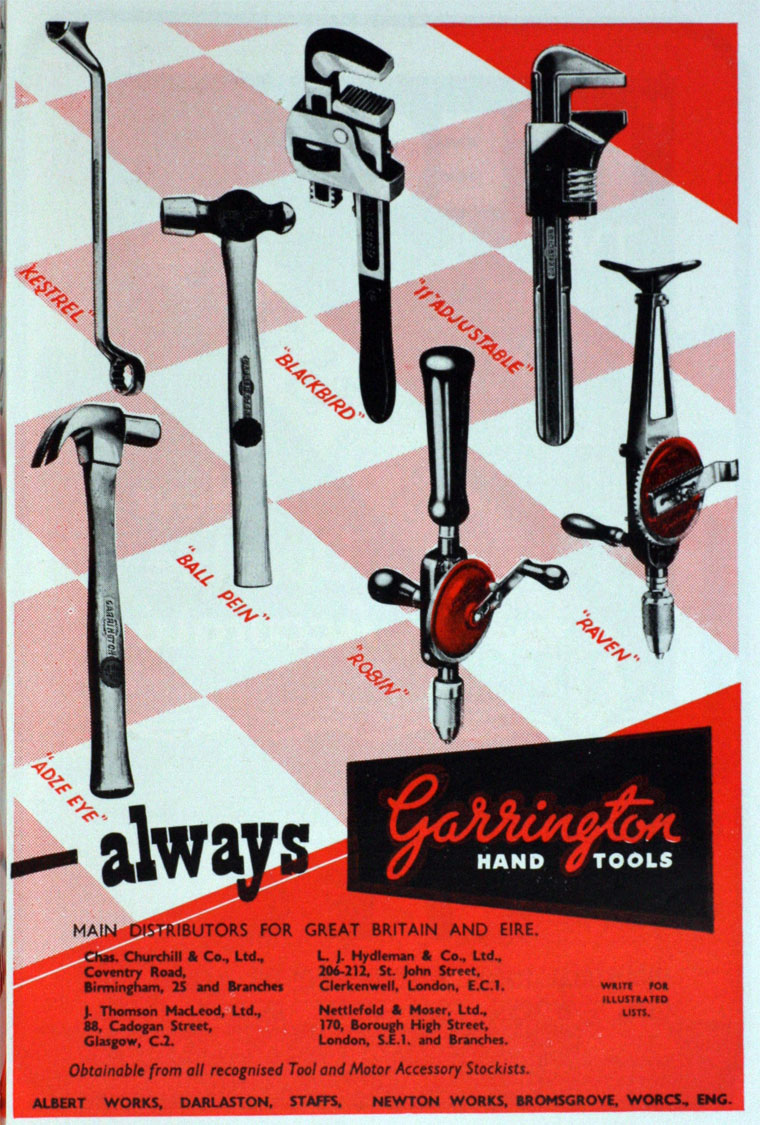 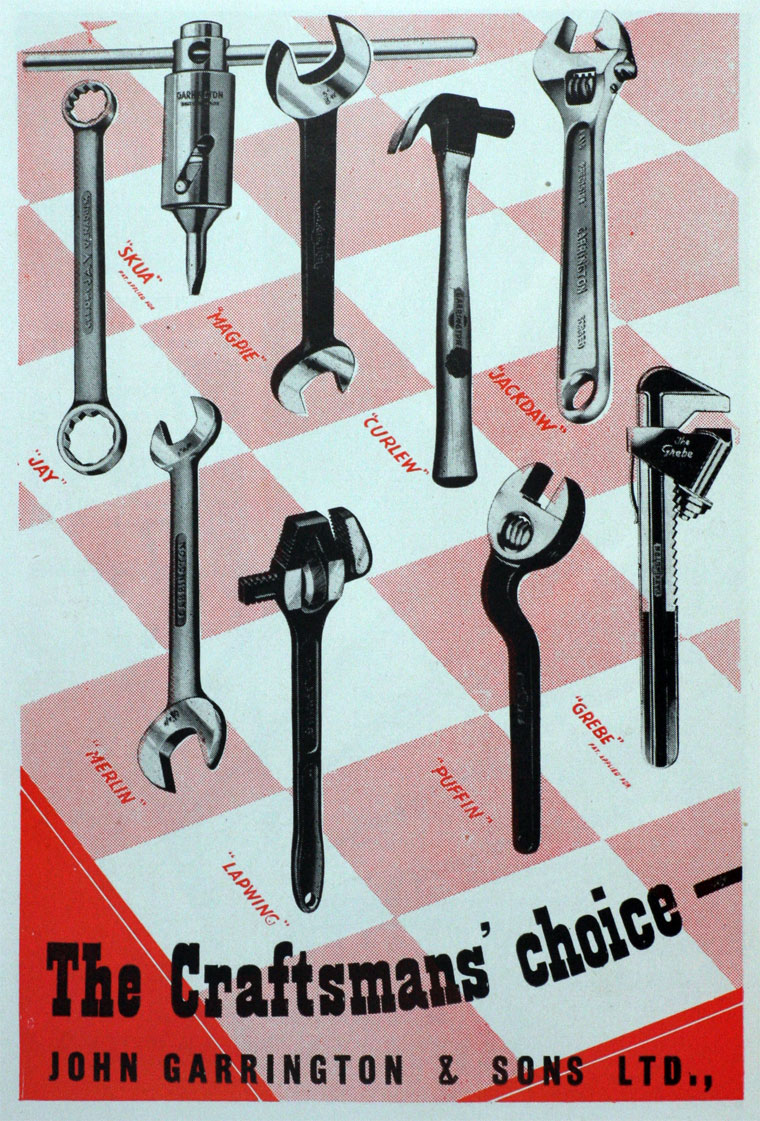 1877 When John died at the age of 78. His sons, Richard Garrington and Benjamin Garrington, took over the running of the company.

1919 Cotterills, including Garringtons, became part of Guest, Keen and Nettlefolds[1] which had acquired these companies for their extensive nut and bolt and other interests, forming the largest nut and bolt company in the country. As part of GKN, Cotterills were focussed on nuts and bolts, Garringtons on drop forgings and tools.

1937 Listed Exhibitor - British Industries Fair. Drop forgings for all classes of Aircraft, Shipbuilding, Locomotives, Railway Construction, Automobiles, Machine Tools and General Engineering, etc., in Carbon and Alloy Steels and other metals. Special attention given to heat-treatment. (Stand No. B.606) [3]