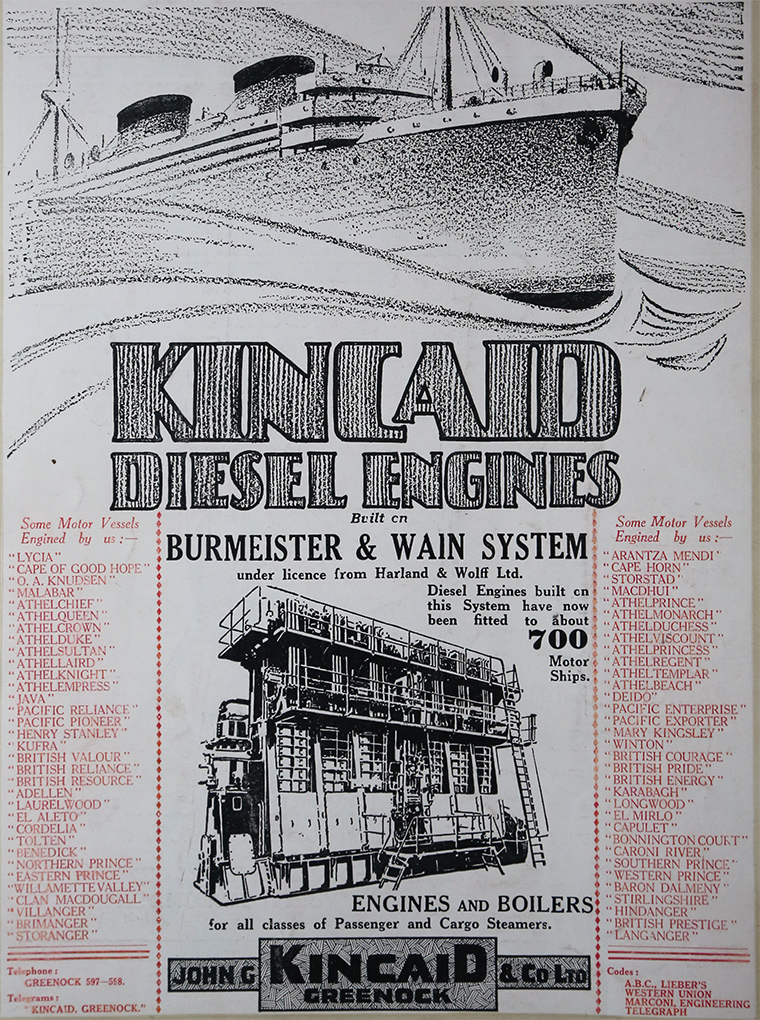 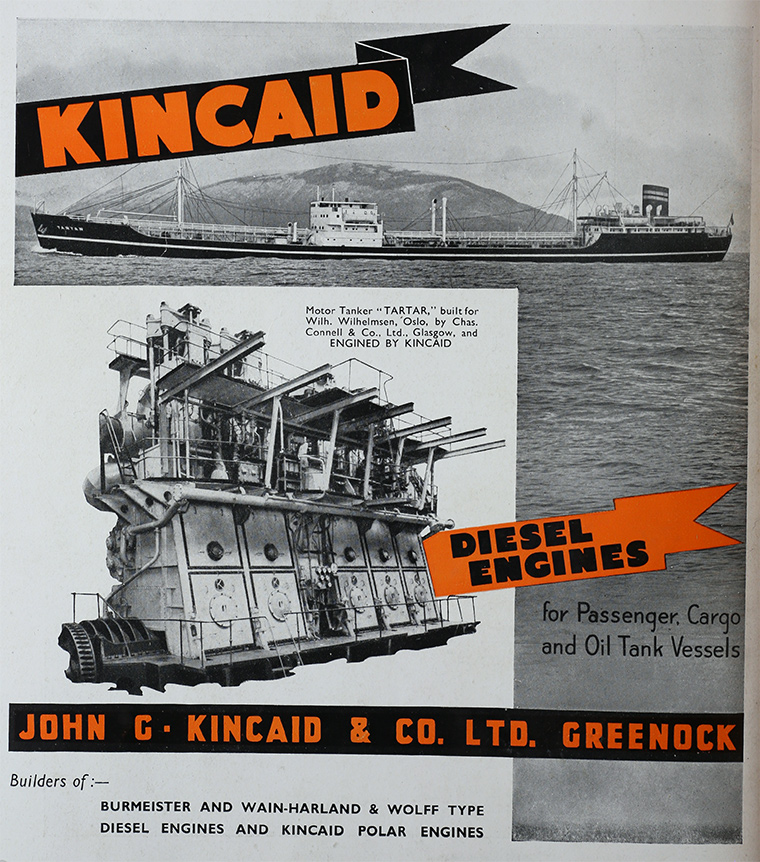 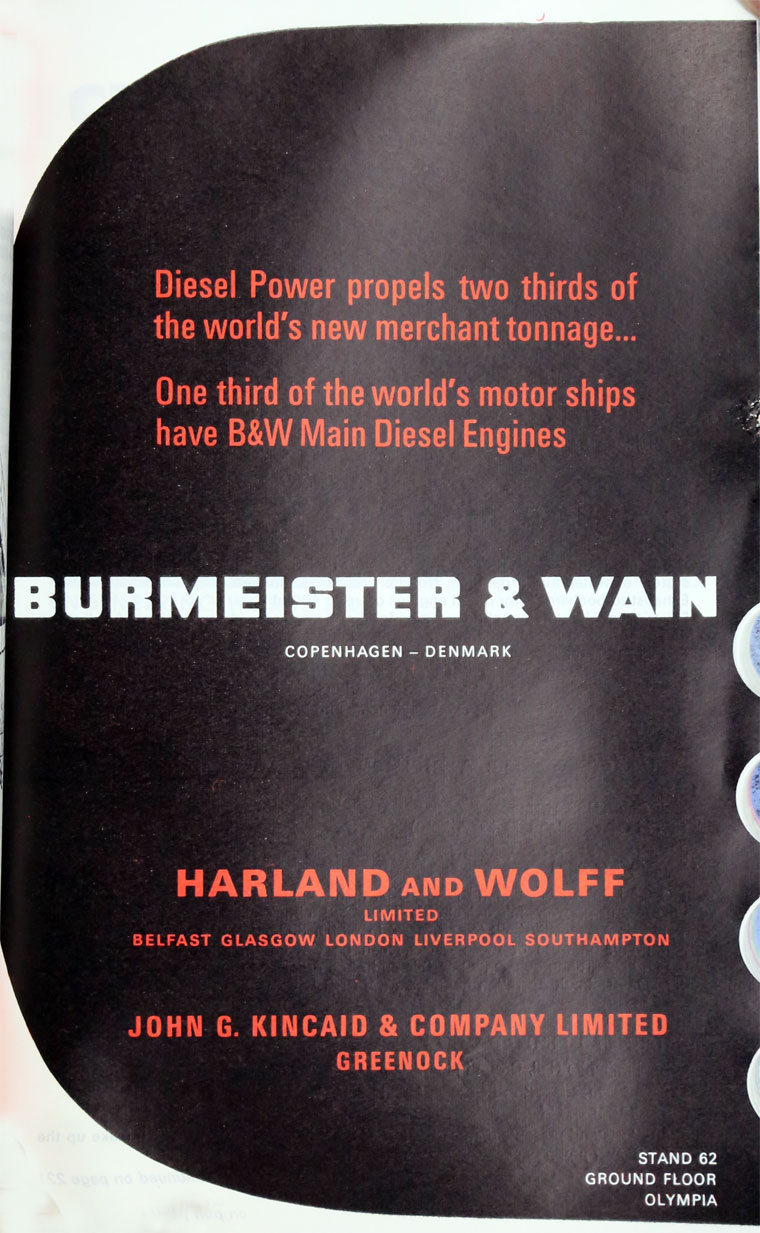 1965. Harland and Wolff, Burmeister and Wain and John G. Kincaid and Co. 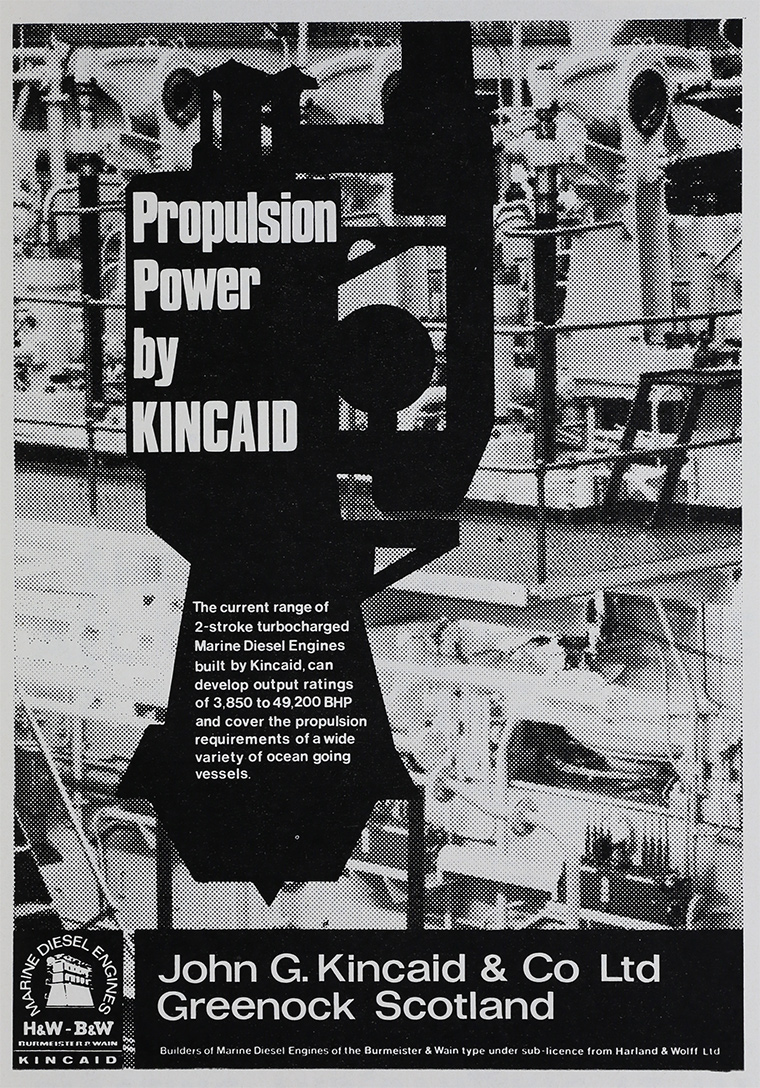 1889 See 1889 Shipbuilding Statistics for detail of the marine engines produced.

1922 Harland and Wolff, who held the sole licence for Britain and the Colonies for the construction of Diesel engines on the Burmeister and Wain system, granted John G. Kincaid and Co a sub-licence for the construction of this type of internal combustion engine. Soon after, John G. Kincaid and Co entered into a further arrangement for an extension of the licence to enable them also to construct this type of machinery for export to Spain, France and the French colonies.[2]

1924 James Scott Kincaid succeeded his father as chairman of the company.

1977 The company was acquired as a subsidiary of British Shipbuilders, under the Aircraft and Shipbuilding Industries Act 1977.[4]

In 1978 the company merged with Clark-Hawthorn of Tyneside to form Clark Kincaid, and sold for a nominal amount, 3 pounds, by British Shipbuilders in a management buyout to HLD Holdings who subsequently sold it to Kvaerner Industrier of Norway in 1990, becoming Kvaerner Kincaid.[5]