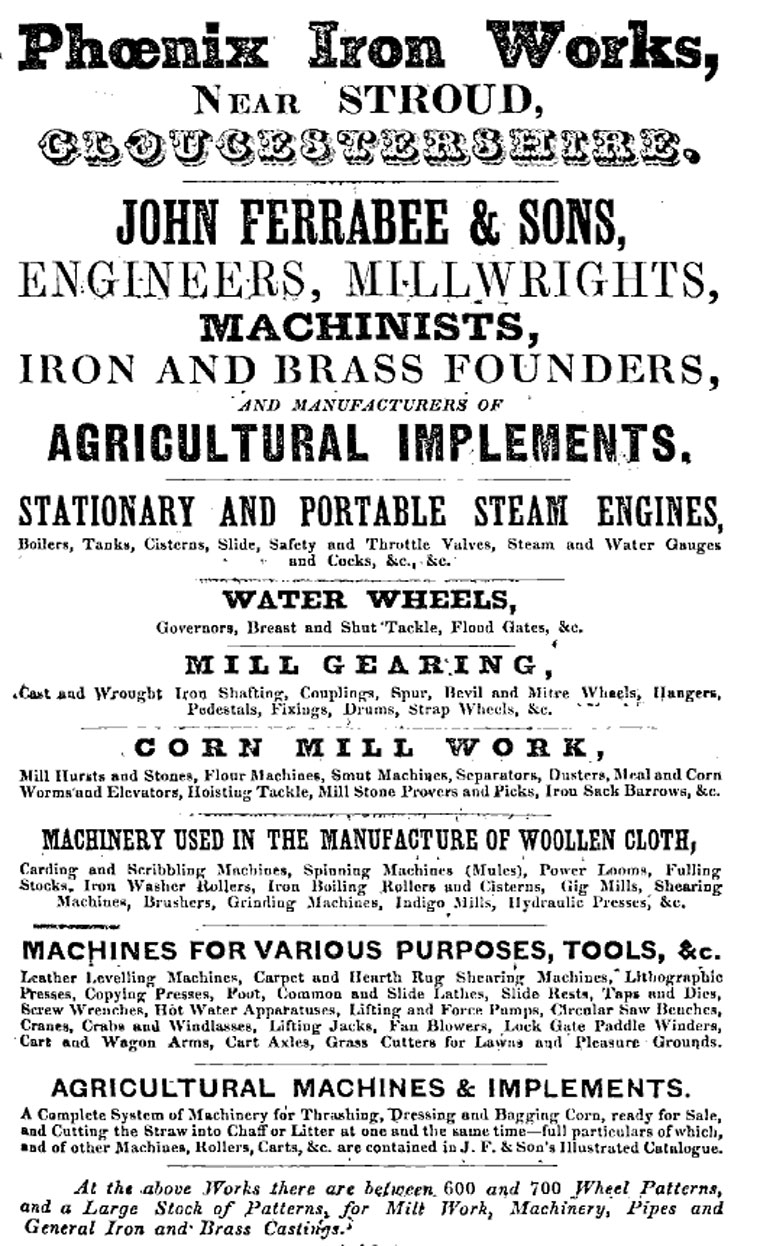 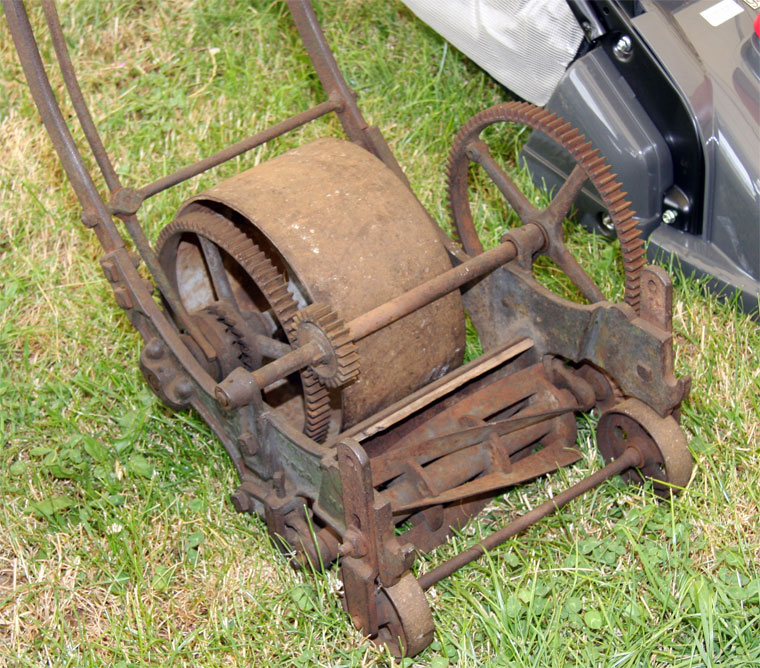 1818 John Ferrabee established the business at Thrupp. He modified the mill and established an iron foundry known as the Phoenix Iron Works.

In 1830, the first lawnmower was produced — the invention of a local mechanic, Edwin Budding with John Ferrabee financing the development and the patenting. An adjustable spanner invented by Budding was also produced.

From 1851 to 1855, the firm was run by John’s sons James Ferrabee and Henry Ferrabee as J. and H. Ferrabee then solely by James.