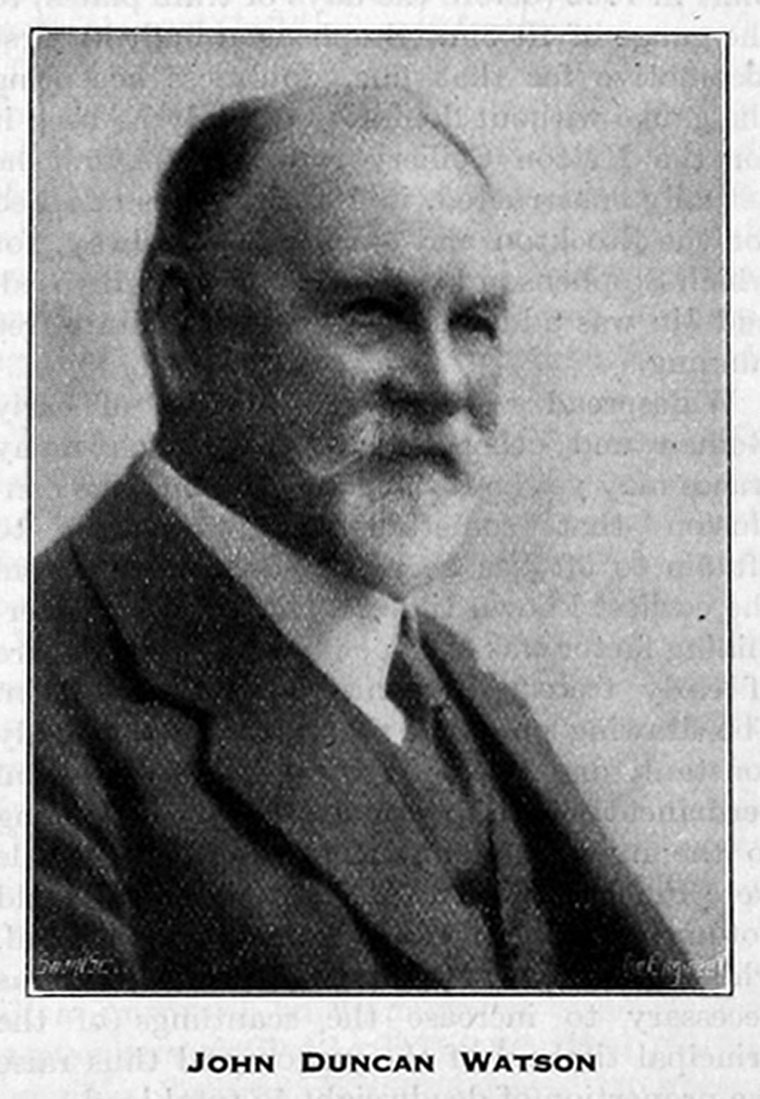 "...In 1890 Mr. Watson was appointed county engineer to the county of Aberdeen, a post which he filled for nine years. He designed and constructed water and drainage schemes for several towns in Aberdeenshire, and built two county bridges and two isolation hospitals.

From 1894 to 1898 he acted as a temporary inspecting engineer for the Local Government Board of Scotland......"

He received his general and scientific education at Dundee High School and from 1878 to 1882 served his pupilage under Mr. James Watson, M.I.C.E., Waterworks Engineer to the city of Bradford, with whom he continued as assistant.

In 1884 he was appointed Borough Surveyor to the town council of Arbroath, and was responsible for important additions to the waterworks there.

In 1890 he became County Engineer of Aberdeen, and designed water and drainage schemes for several towns.

From 1894 to 1898 he acted as an inspecting engineer for the Local Government Board of Scotland.

In 1899 he was appointed Engineer to the Birmingham, Tame and Rea District Drainage Board-a co-ordination of eight local authorities and held that position until his retirement in 1923.

He was a pioneer in the development of sewage purification and constructed the first large percolating filter plant, thereby completely departing from the age-old methods of land treatment current in Birmingham and other places. Other radical changes founded on Birmingham experimental work and introduced by him were separate sludge-digestion and the recovery and utilization of methane for power production in gas engines, and two-stage purification of tank effluents by primary flocculation prior to percolating filter treatment.