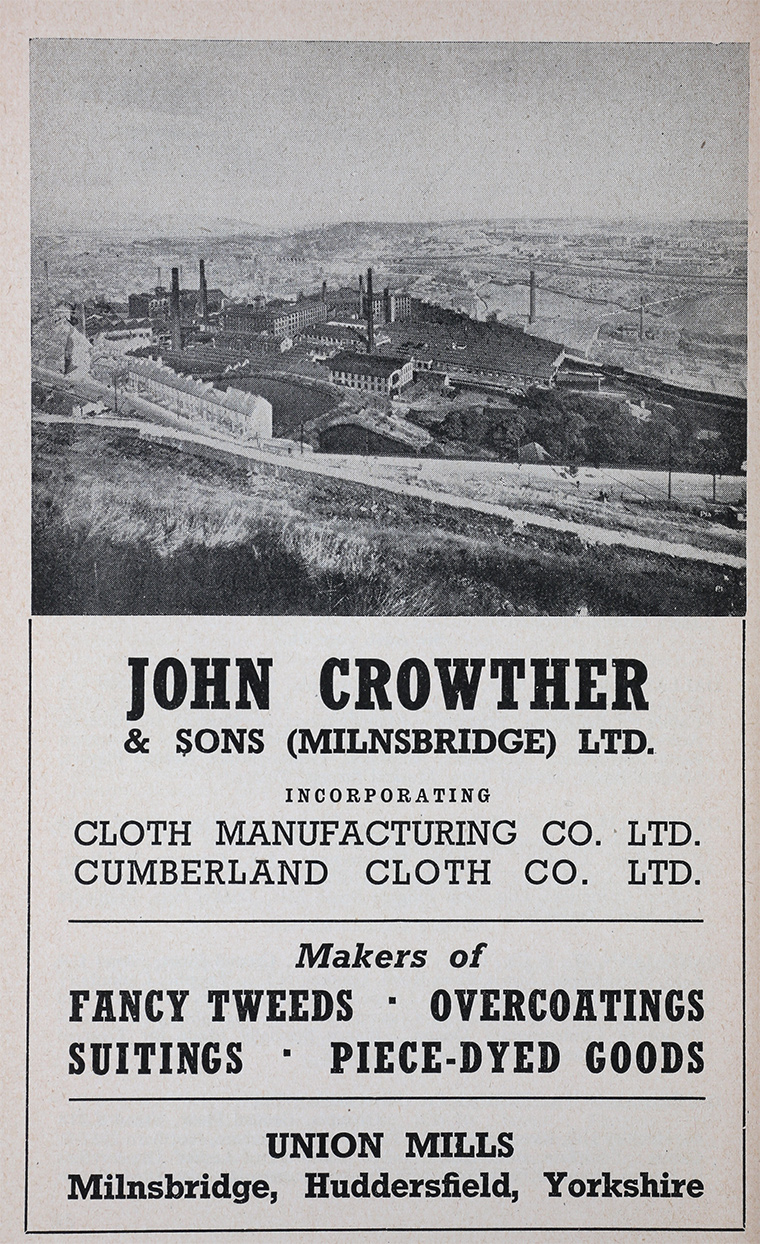 1936 Public company John Crowther and Sons (Milnsbridge) Ltd; the chairman was the grandson of the founder. Acquired half the shares of Cloth Manufacturing Co Ltd, formed in 1932[1]

1940s Cumberland Cloth Co at Workington was a subsidiary

1971 Company acquired by Mr Joe Hyman (who had been chief executive at Viyella)[2] who centralised operations at Huddersfield.