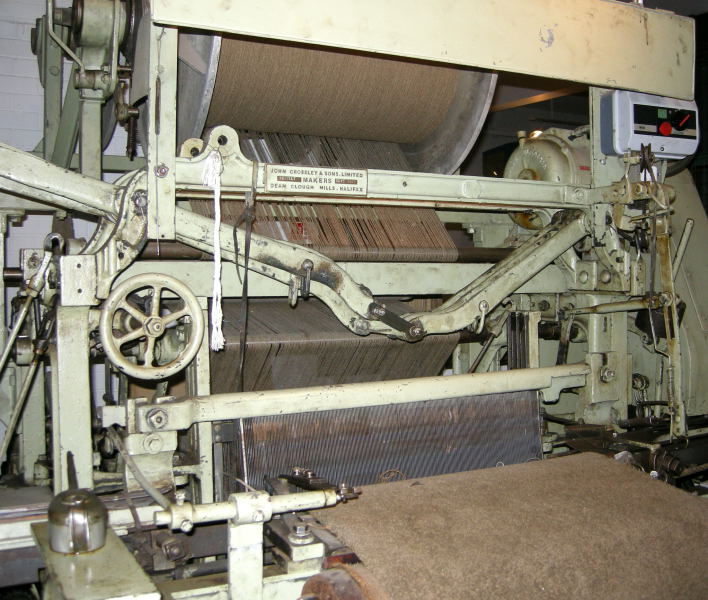 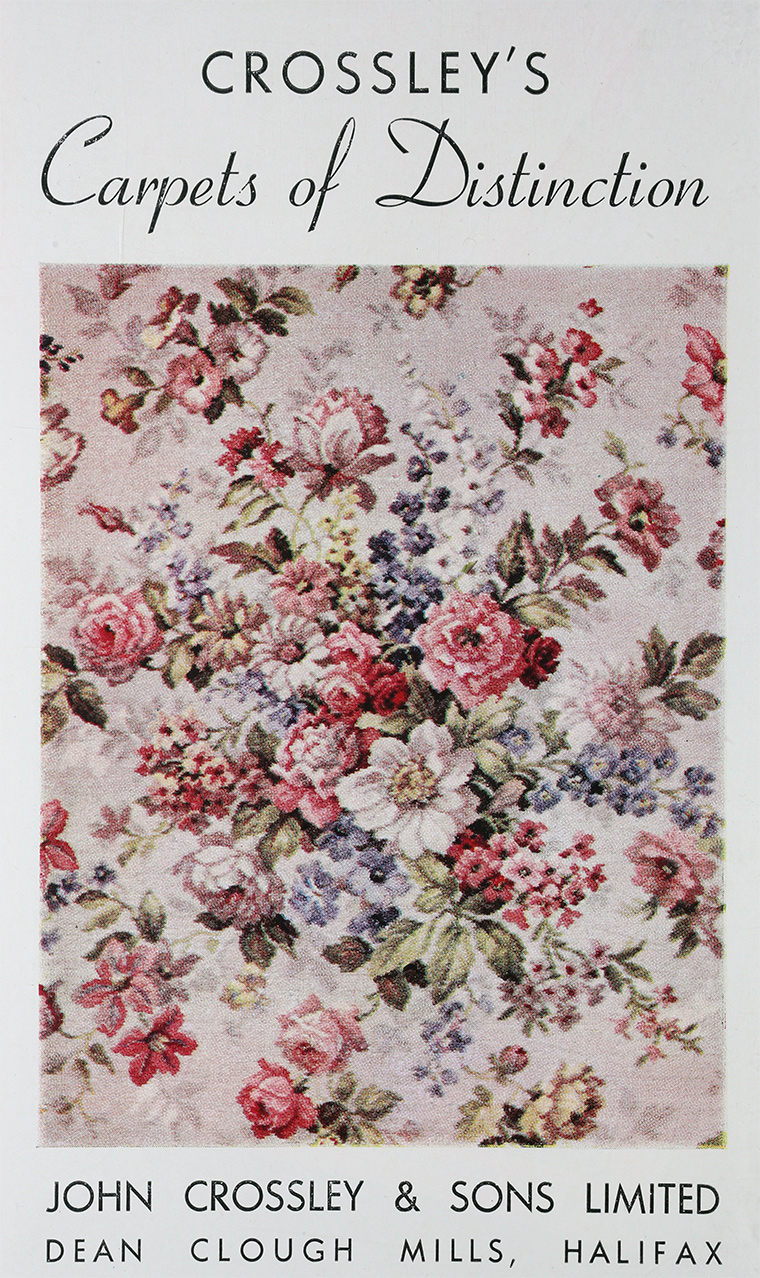 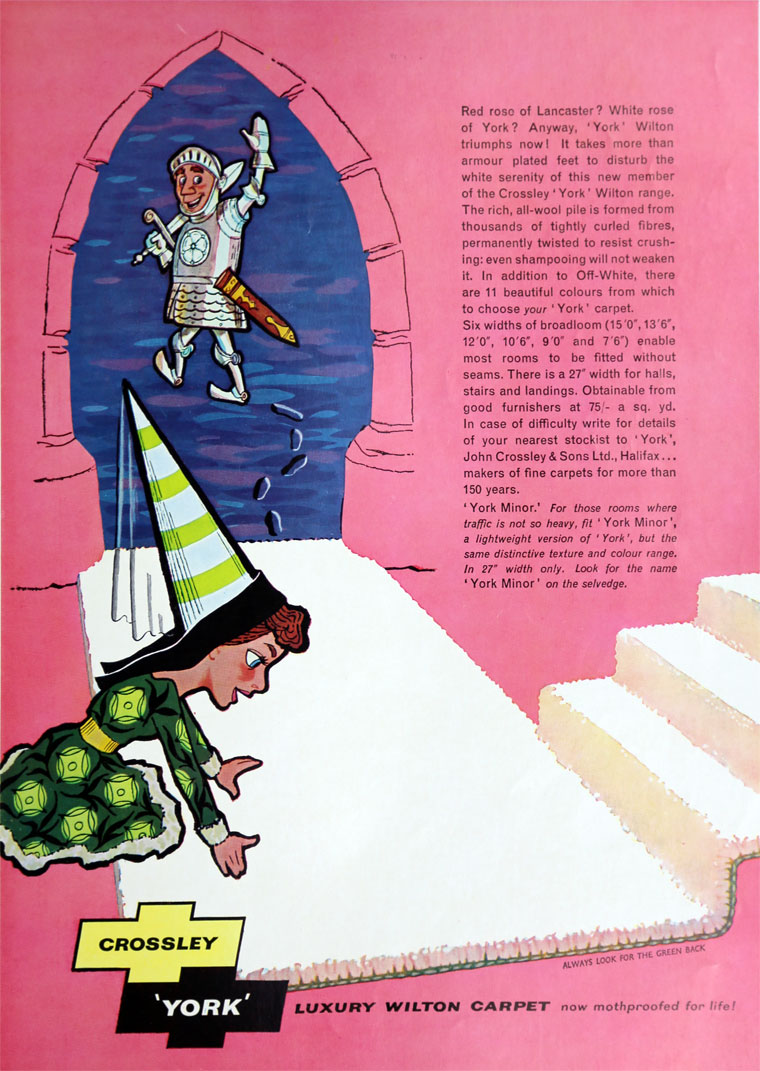 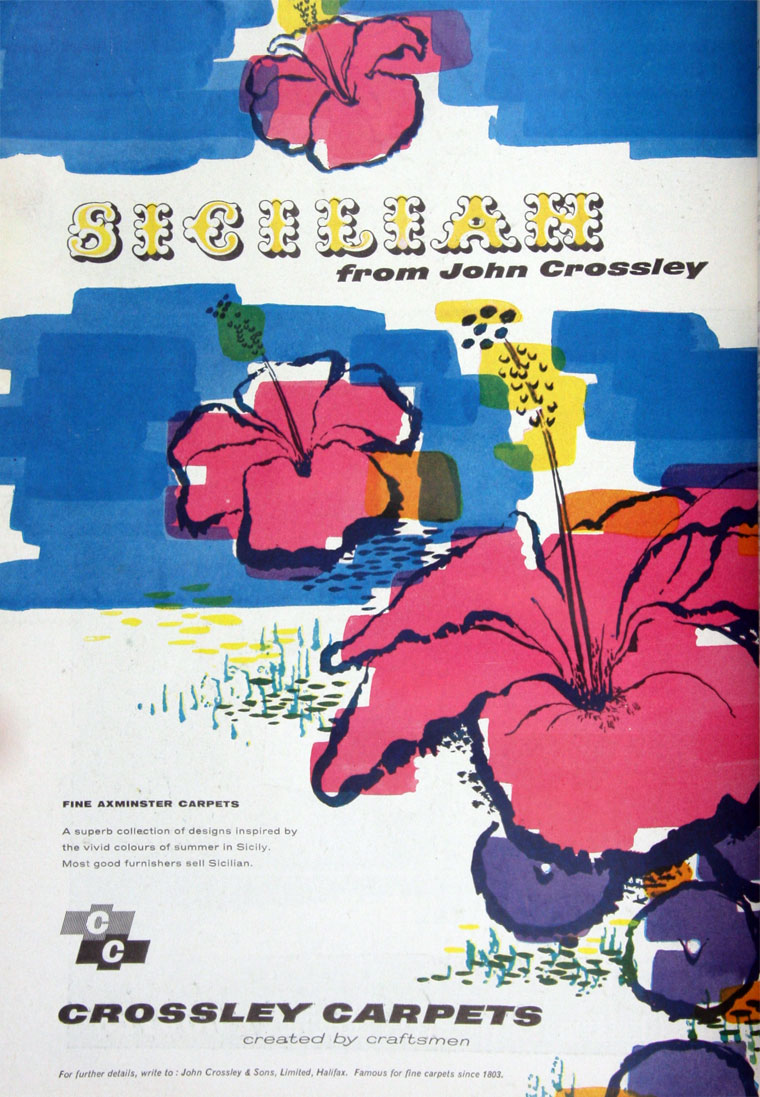 1788 Crossley was apprenticed as a carpet weaver at the age of sixteen to his uncle, John Webster of Clay Pits.

Subsequently he worked for William Currer, the largest carpet manufacturer in Yorkshire in the late eighteenth century, at Luddenden Foot, near Halifax

Following an industrial injury he transferred to loom tuning, which led to his appointment as manager of Job Lees's carpet factory, in the Lower George Yard, Halifax.

Became a partner with Lees

1801 After Lees's death, Crossley formed new partnerships in rapid succession, first with Robert Abbot and Francis Ellerton, and then with his brother Thomas Crossley and James Travis.

1802 The partners took out a twenty-year lease of premises at Dean Clough, Halifax.

1822 When the lease expired, the partnership was dissolved; John Crossley renewed the lease and set up his own business.

1830 He purchased the carpet manufacturing business of Messrs Abbot and Ellerton, his former partners

1837 John died at Old Lane, Northowram, following a short illness. By this time the firm, with 150 looms and some 300 employees, was ranked as the fourth largest of its type in the country. His 3 youngest sons, John, Joseph, and Francis Crossley continued the business after his death as John Crossley and Sons

The buildings at Dean Clough Mills covered an area of 20 acres, and the firm gave employment to between five and six thousand persons. Its rapid growth in the middle of the 19th century followed the installation of steam power and machinery. Steam power had already been used extensively in the manufacture of other textile fabrics, and the Crossleys correctly identified its value to their own business. They acquired patents, and then devised and patented improvements which placed them far in advance of the rest of the trade, and gave them the monopoly of a brand of carpet which was subsequently for many years manufactured in greater quantity than any other. One type of loom, for which they owned the patent, had six times the output of the old hand loom. The possession of this loom and the acquisition of other patents compelled the manufacturers of tapestry and Brussels carpets to abandon their hand looms, and to apply to Crossley for licences to work the firm's patents. Very large sums thus accrued to them from royalties.[1]

1864 A limited company was registered on 19 November, to take over the business of carpet manufacturers of Messrs. Crossley[2] at Halifax and Kidderminster as a limited joint stock company[3]

c.1870 Louis J. Crossley became responsible for engineering and machinery in the firm

1879 Death of John Crossley (1812-1879) MP, by which time the business had become the largest carpet manufacturing firm in the world.

1932 Agreement made with W. and R. K. Lee for supply of yarn for the company's new mercerising process, which rapidly became an important area of business. Trade-mark Croslee; started making new fabrics Duravel and Kar-Vel [6]

1933 Acquired rights to an American design of carpet making machine of a novel type, the first of which was made for the company by Mather and Platt[7]

1955 Acquired E. Illingworth and Co (Bradford), maker of felts and needle loom carpeting. Was one of 5 companies who founded Tufted Carpets Ltd[11]

1958 The Spur Doubling Mills at Stockport were fully up to expectations; purchased the rest of W. and R. K. Lee in order to be able to effect reorganisation. The felt manufacturing business previously carried on by Carpet Trades at Kidderminster was transferred to a wholly-owned subsidiary Long Meadow Felt Co[12]