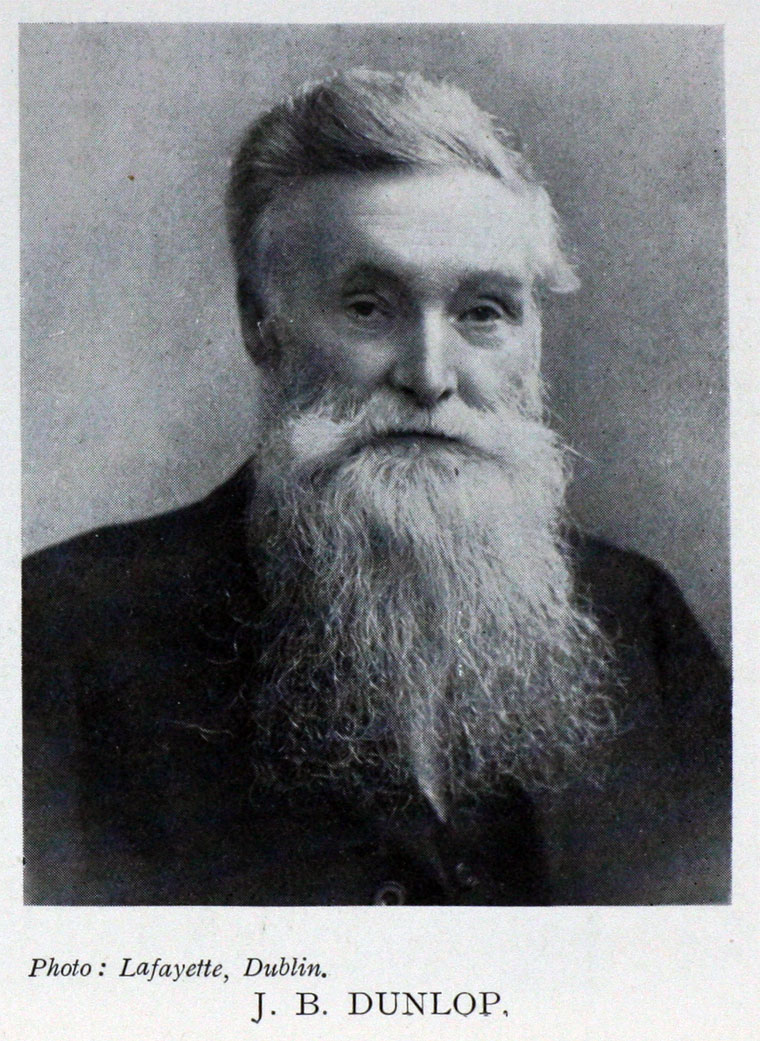 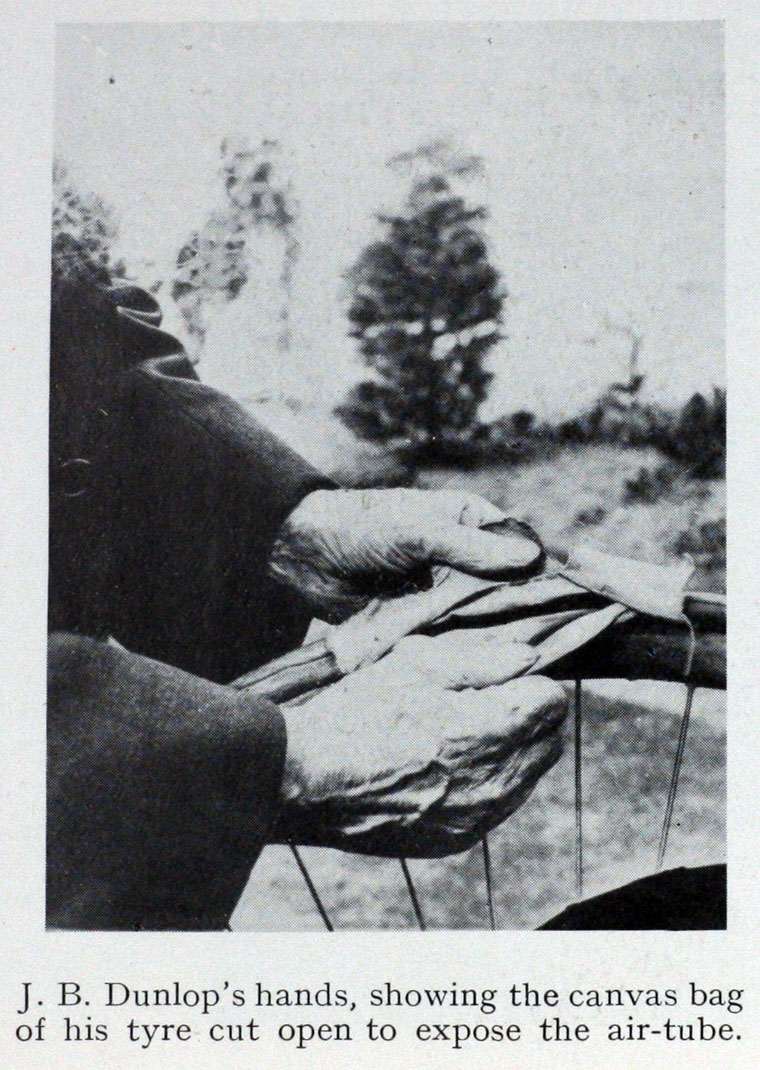 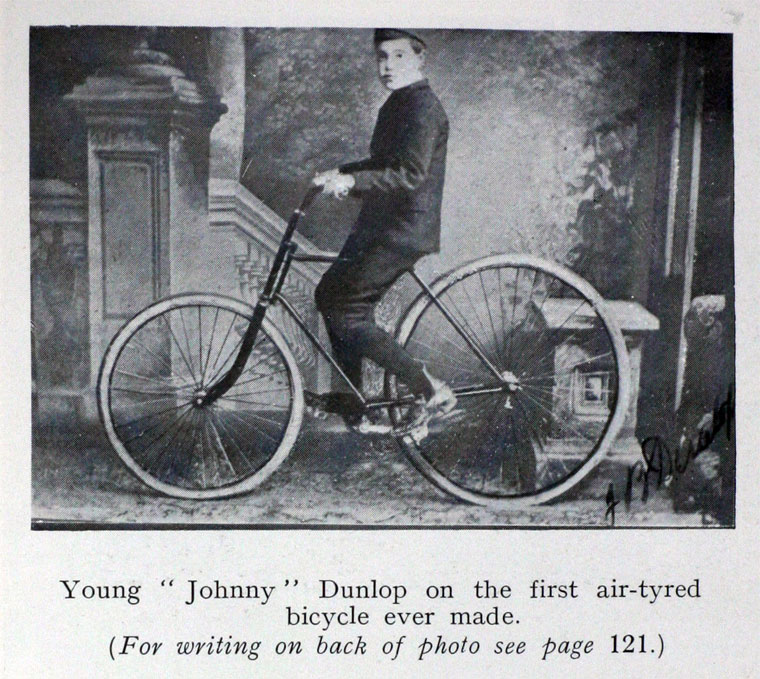 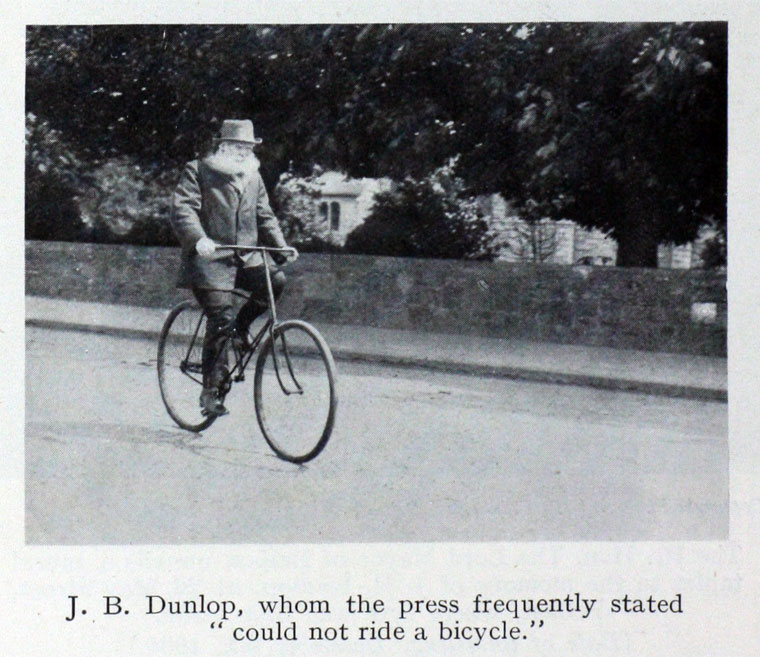 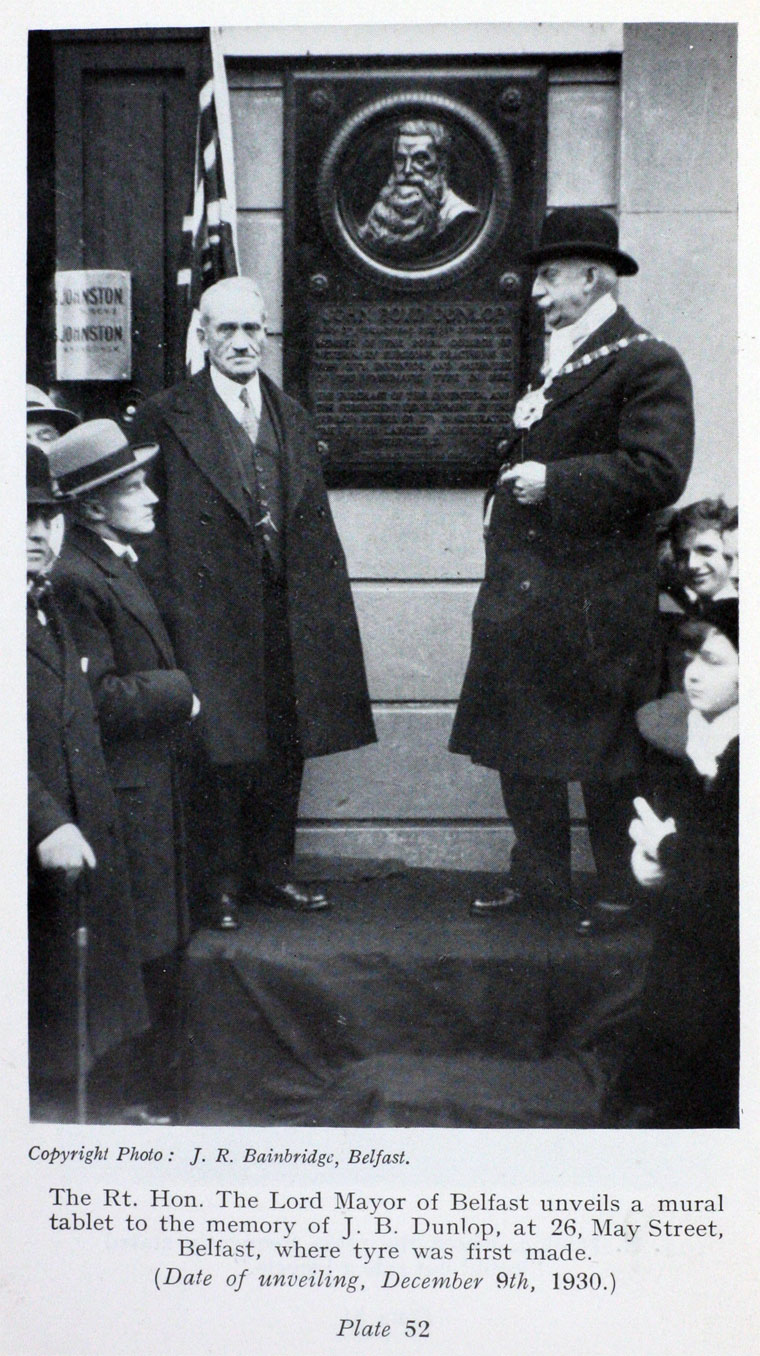 John Boyd Dunlop (1840-1921) was a Scottish inventor who founded the rubber company that bears his name, the Dunlop Rubber Co and the Dunlop Pneumatic Tyre Co.

1840 February 5th. Born on a farm at Dreghorn, North Ayrshire, and studied to be a veterinary surgeon at the Dick Vet, University of Edinburgh, a profession he pursued for nearly ten years at home.

In 1887, he developed the first practical pneumatic tyre for his son's tricycle, tested it, and patented it on December 7, 1888. However, two years after he was granted the patent Dunlop was officially informed that it was invalid as Scottish inventor Robert William Thomson, had patented the idea in France in 1846 and in the US in 1847. Dunlop’s development of the pneumatic tyre arrived at a crucial time in the development of road transport. Commercial production began in late 1890 in Belfast.

Dunlop assigned his patent to William Harvey Du Cros, in return for 1,500 shares in the resultant company, and in the end did not make any great fortune by his invention.

He married Daisy Greville, Countess of Warwick, who is said to be the inspiration for the popular song Daisy Bell ("Daisy, Daisy, Give me your answer do...I'm half crazy, all for the love of you..." as well as the line "...a bicycle built for two").

In 1910 a committee was set up to raise money for a statue to be erected in Edinburgh. The group included T. C. Pullinger and J. Inglis Ker [2]

1921 The Times Obituary. [3] Died aged 81 years at Leighton, Ailesbury Road, Dublin. Born at Dreghorn on 5th February 1840. Attended Irvine College and qualified as a vet in 1859. In 1867 he moved to Belfast. He invented the tyre in 1888 and the following year set up a company with the help of Harvey Du Cros and R. J. Mecredy. They started manufacture in Lincoln Place, Dublin but because of complaints about fumes they moved it to Coventry. In 1895 he was chairman of a large drapery business in Dublin (Todd, Burns and Co) and was involved with the motor businesses of Andrew Percy and Co, Dublin and D. H. McDowell and Co, Armagh. He patented several other inventions including a carburettor. He had two sons (one deceased) and a daughter.