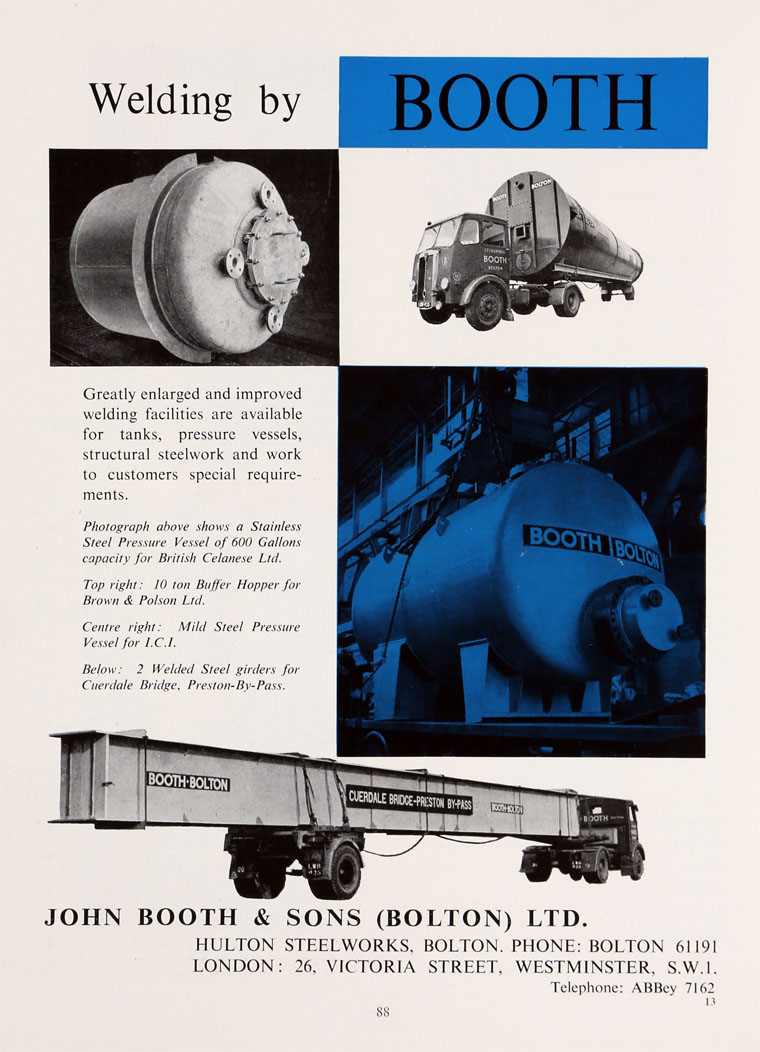 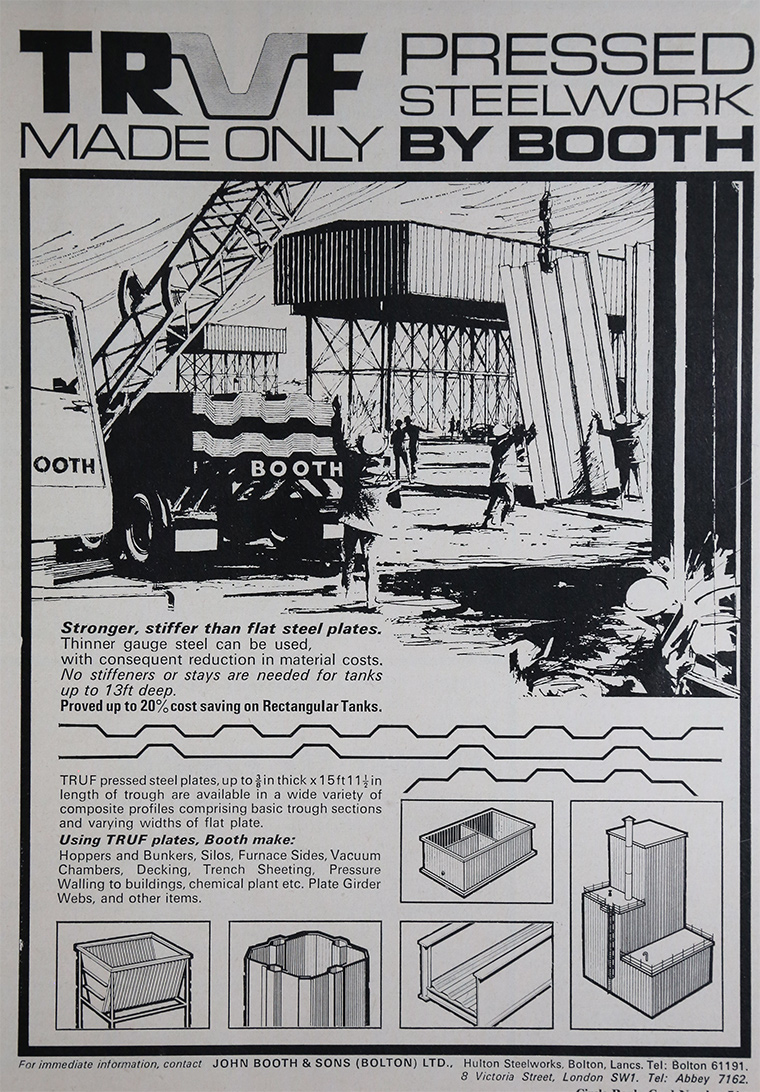 1909 'ENGINEERING IN BOLTON .... MESSRS. JOHN BOOTH AND SONS, CONSTRUCTIONAL ENGINEERS. Established nearly forty years ago, it is only ten years since this firm commenced, as a side issue, the manufacture of structural steelwork. Their rapid development and extension in this class of work has been almost romantic, and four years ago the firm secured ten acres of land at Hulton-lane, on which a large works and fine suite of offices have been built. A distinct effort has been made to preserve the rural beauty the country district, and one can indeed envy the workmen who are employed amidst such ideal surroundings. After a short period of trade depression, the works are at present in full swing night and day — and a brief list of the contracts actually in progress shows the diversity obtaining in the present-day application of structural steelwork. Among foreign orders may noted the whole of the skeleton framework, coal bunkers, conveyors, etc.. for a generating station near Dawson City, Alaska, and some bridge work for New Zealand. The home contracts include theatres in London, Preston, Fleetwood, and Whitehaven; half a dozen skating rinks, including the new Manchester Olympia and one at St. Leonards-on-Sea; four colliery screening plants, two mission halls, a church, a bank, two cotton mills, a generating station, various roofs for mills, bleachworks, paper works, etc. This industry is a new one to Bolton, and Messrs. Booths are to be commended their enterprise and energy having accomplished so much in so short a time. Their Marsden-road Ironworks still continued as a town branch, and is fully occupied miscellaneous work.'[1]