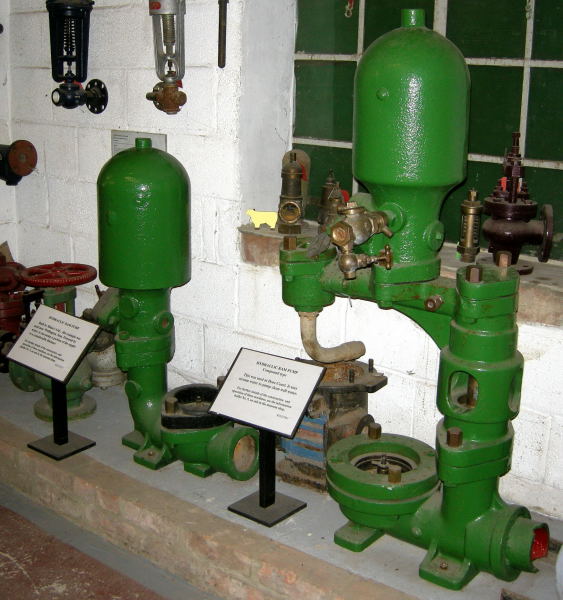 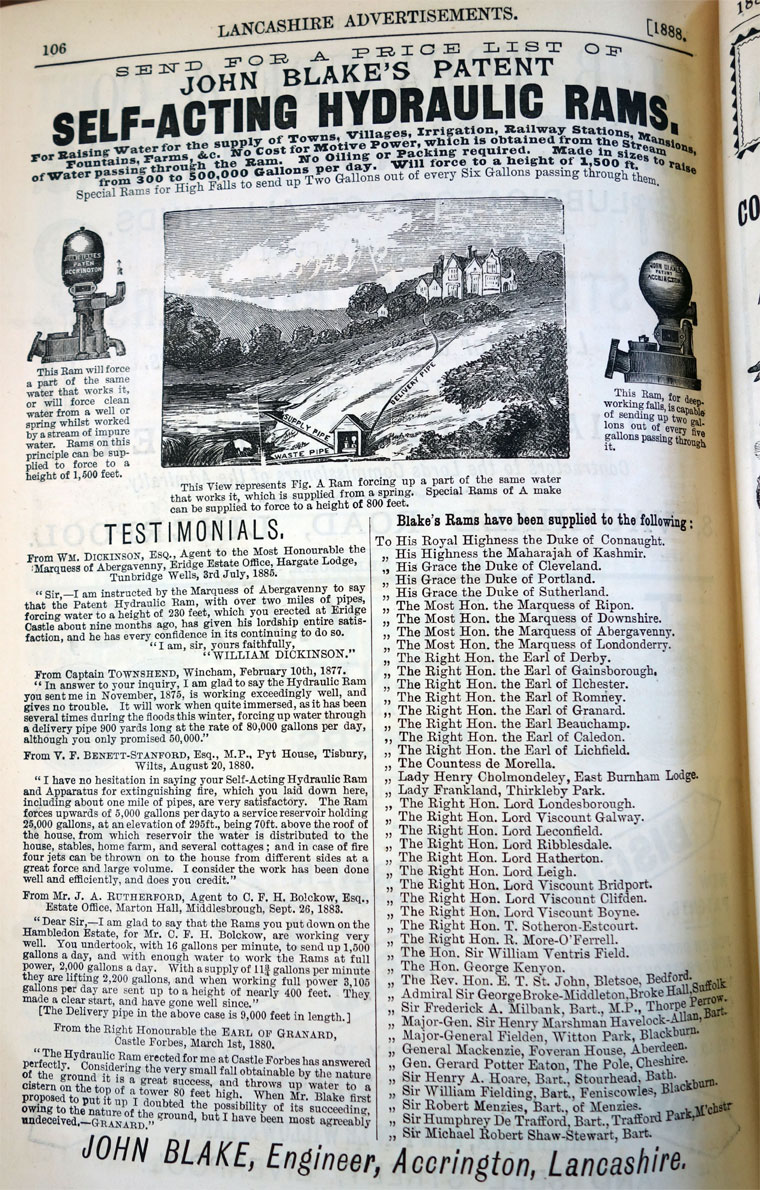 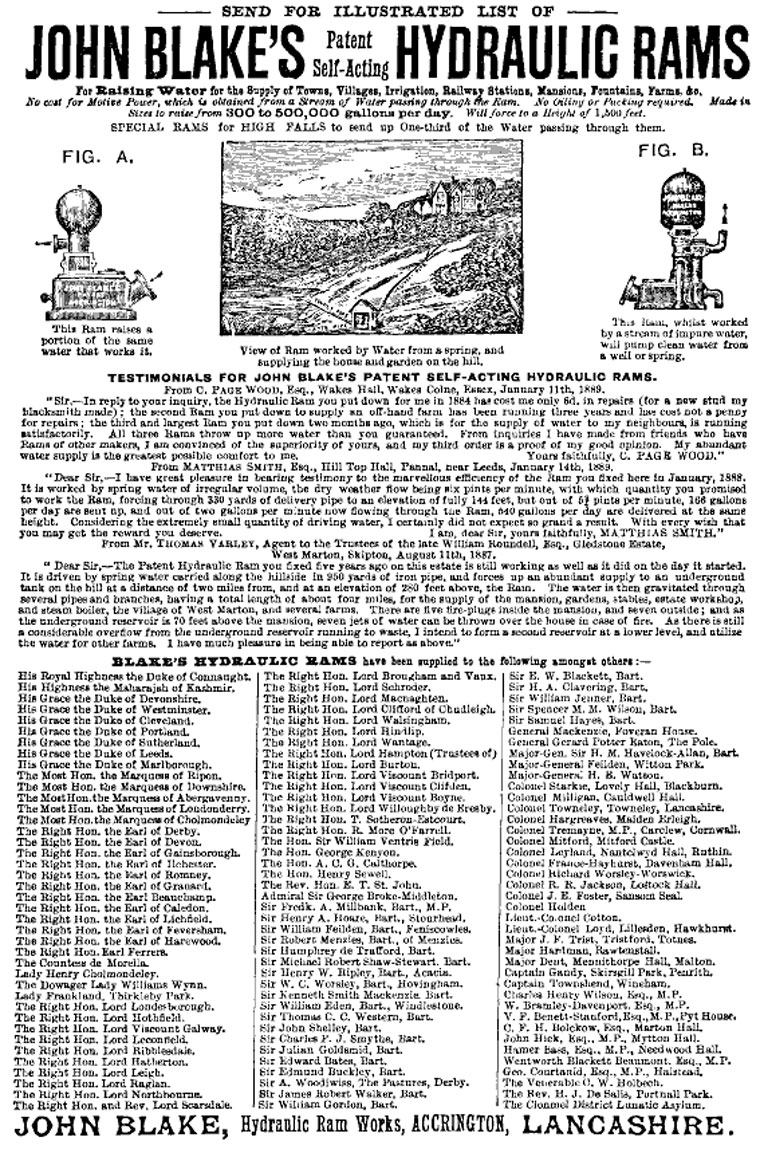 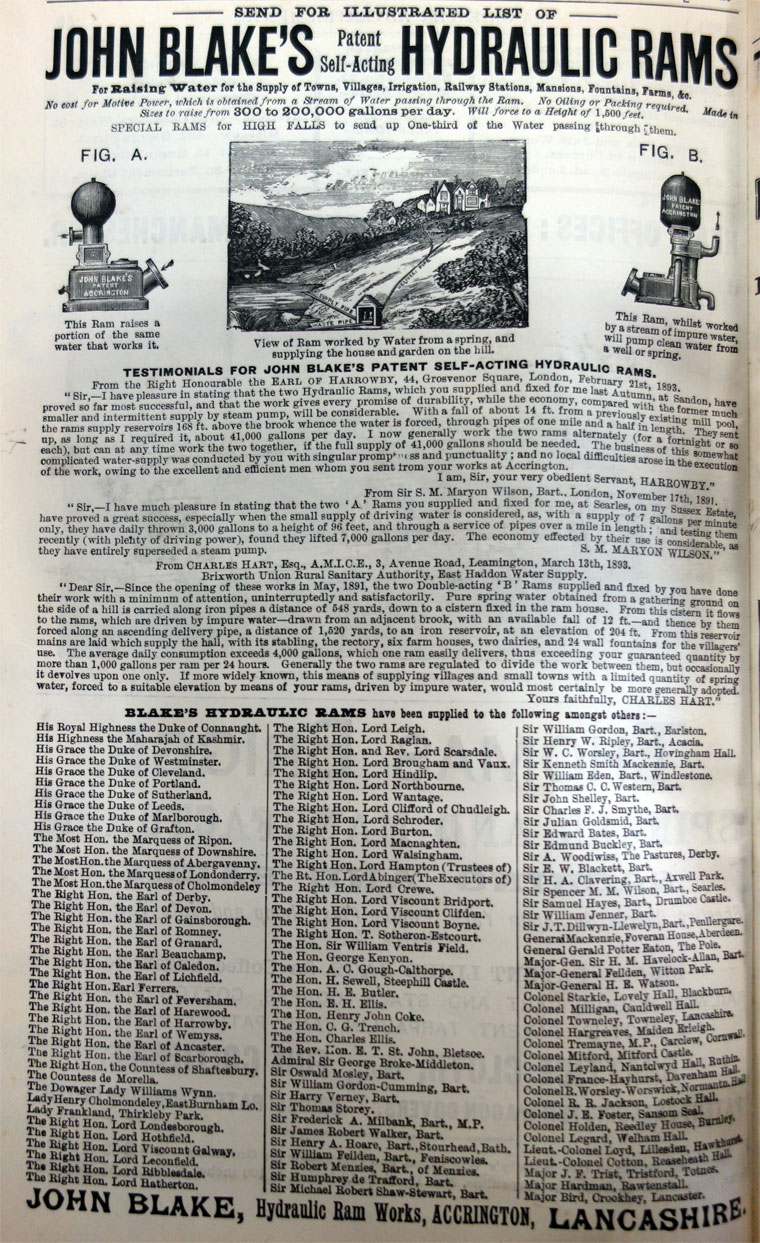 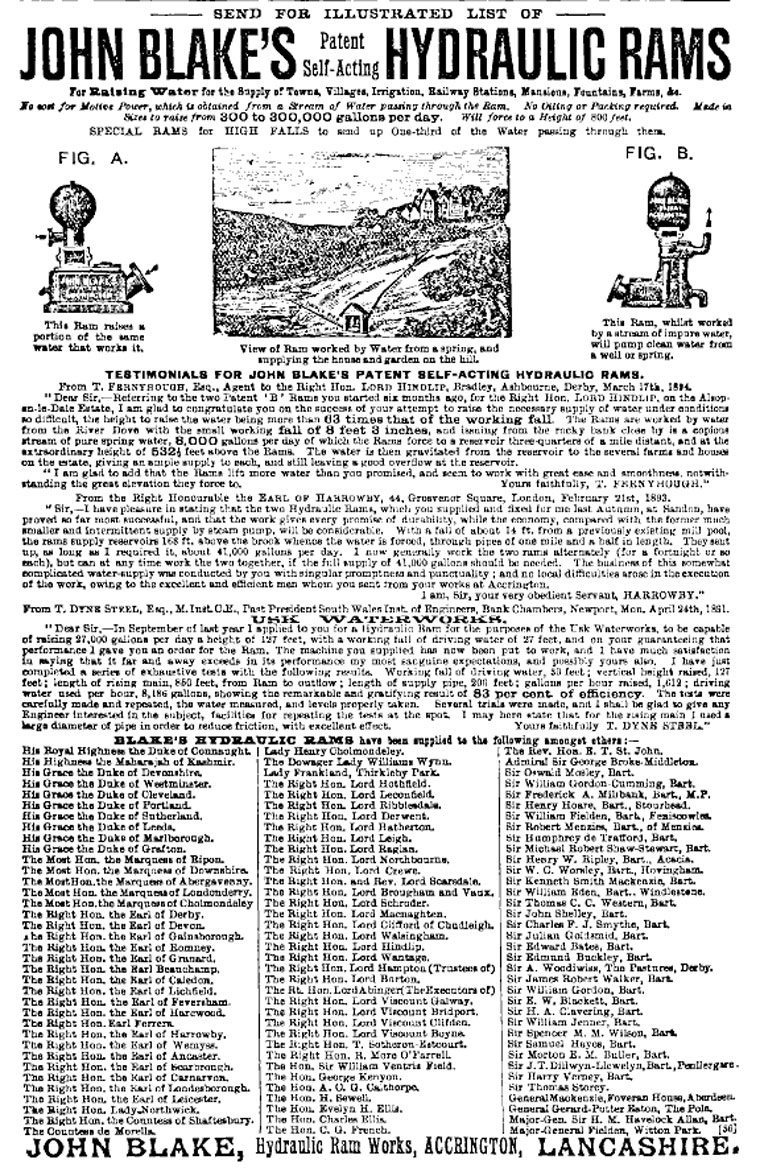 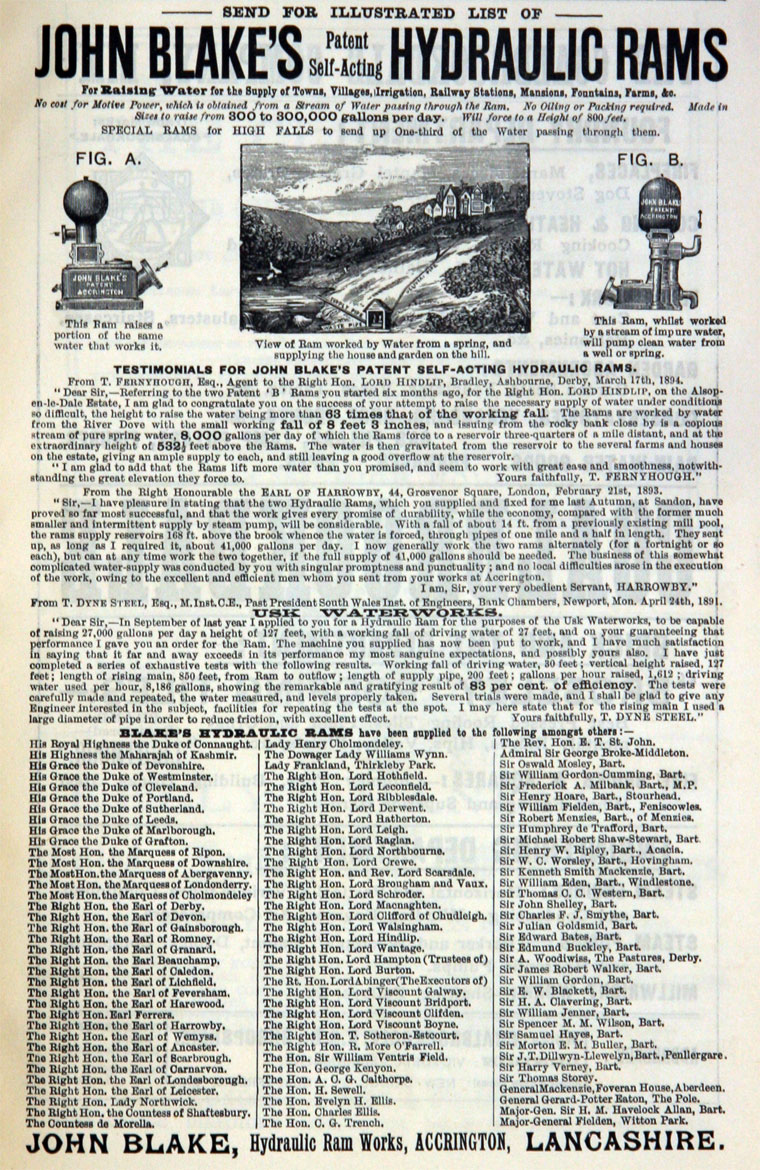 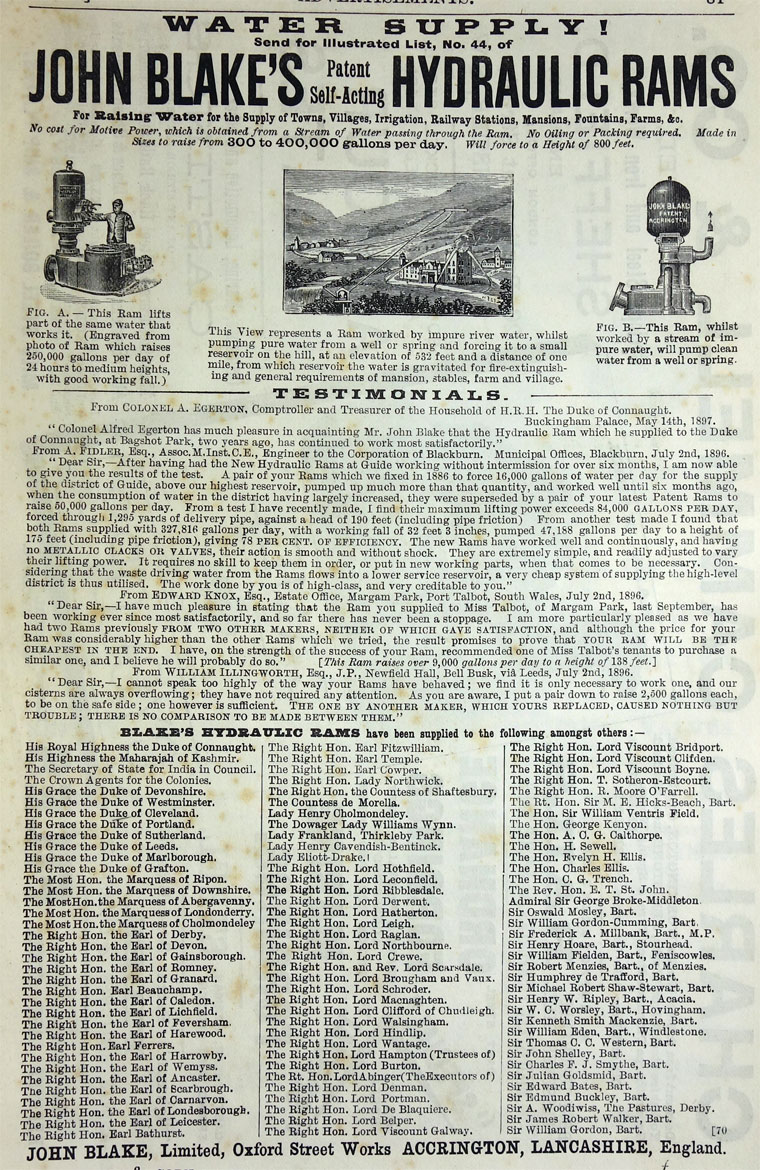 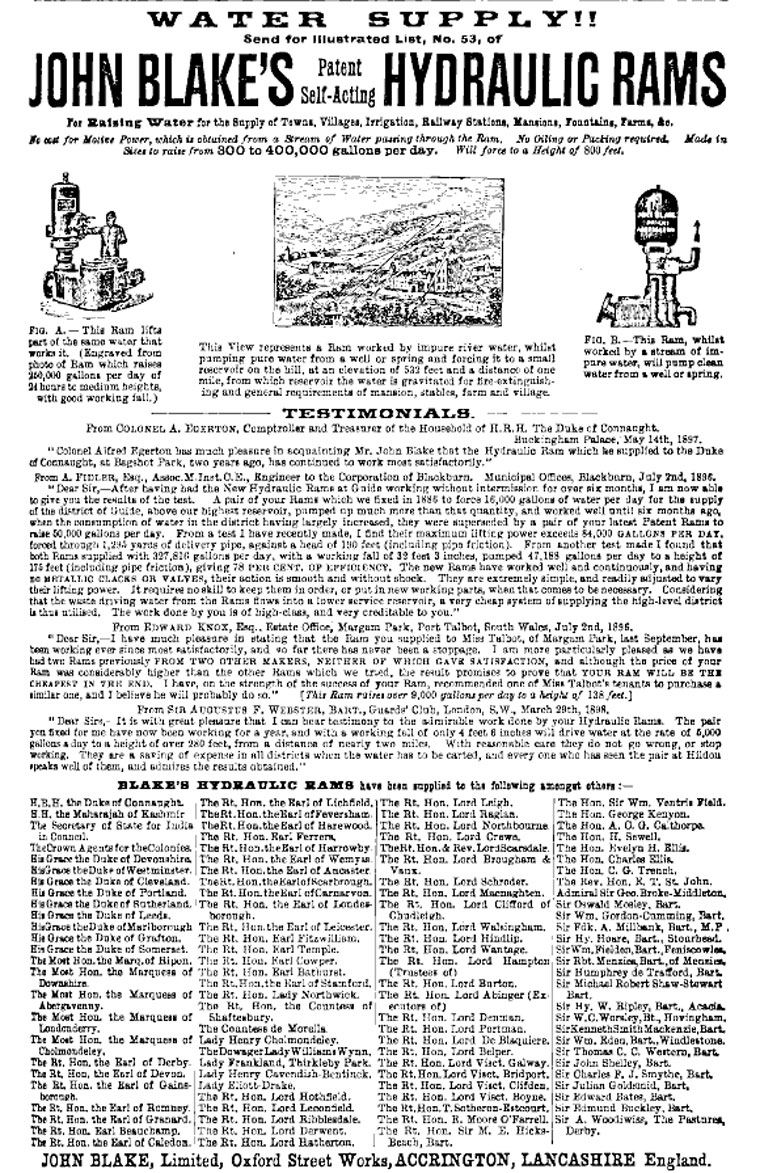 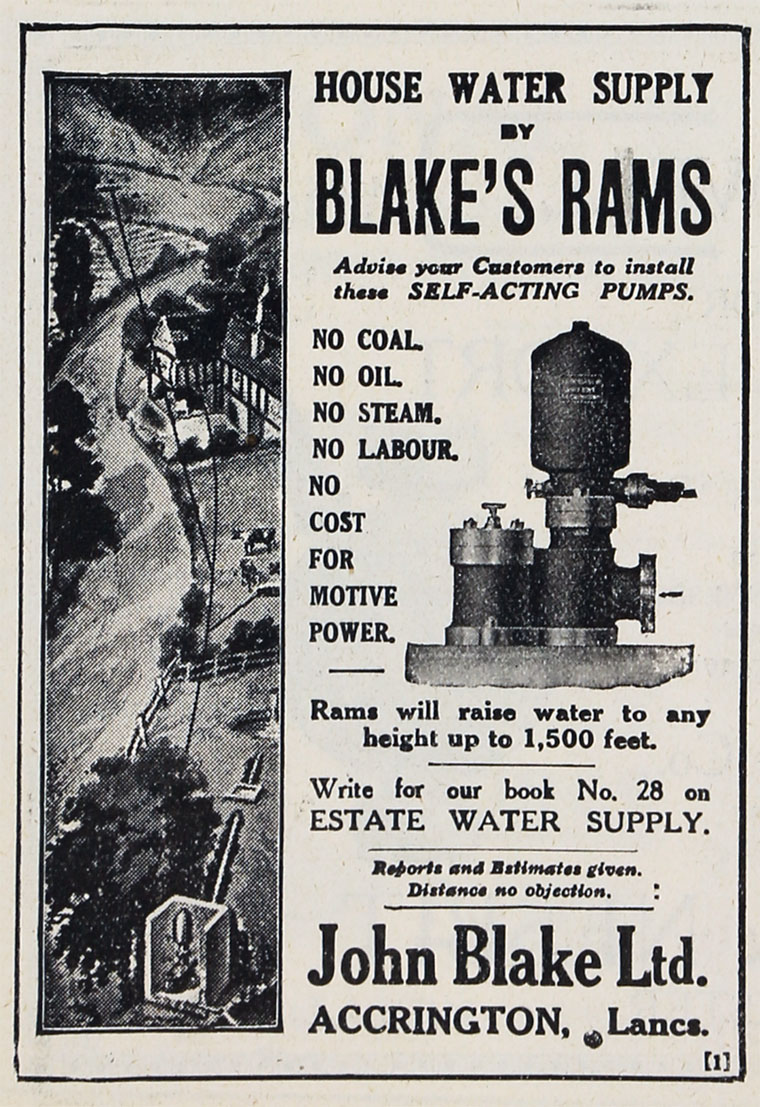 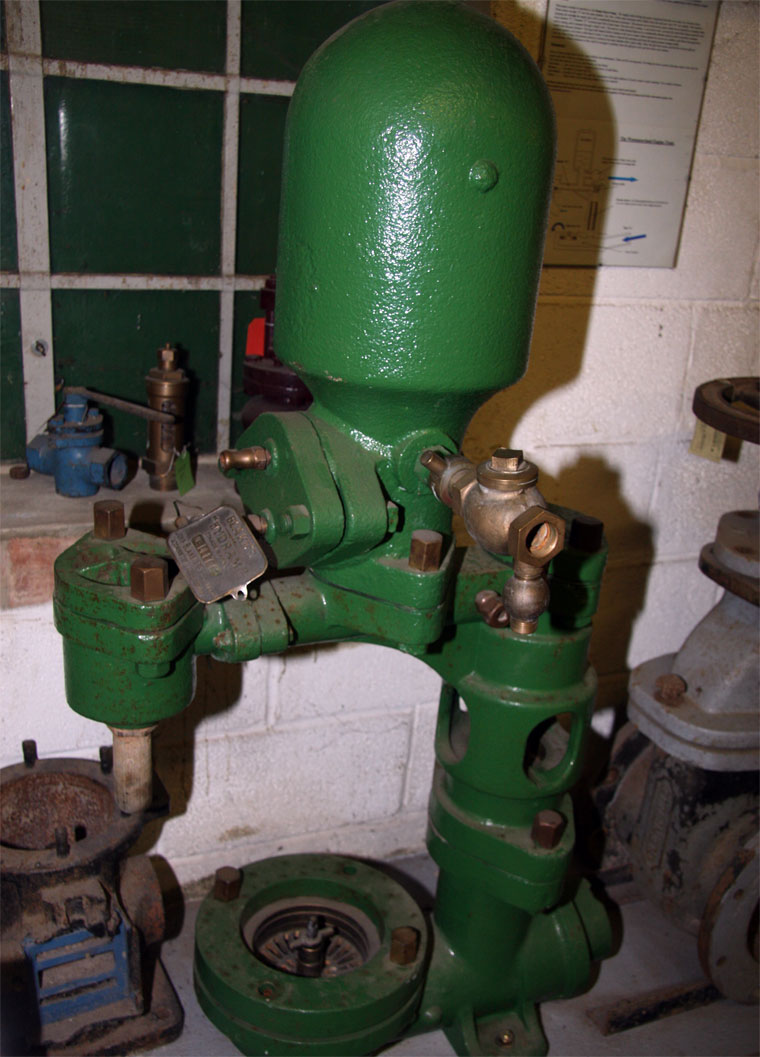 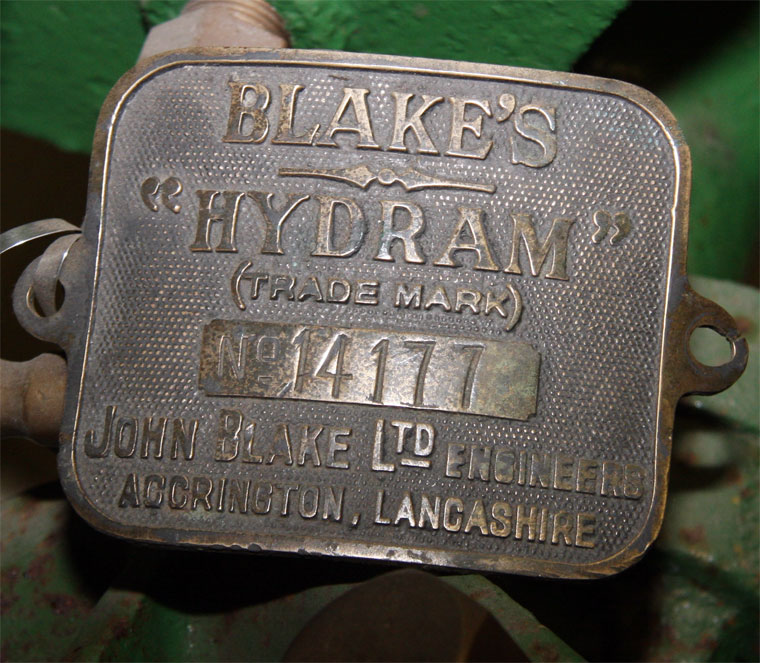 A comprehensive review of the firm's history and products by Alan McEwen appeared in 'Old Glory' magazine, April 2012.

1859 John Blake patented a steam pressure reducing valve, and commenced manufacturing the valves in Accrington in partnership with D. Kay.

1865 The partnership lasted 6 years, after which Blake formed another (short-lived) partnership with Thomas Parkinson of Blackburn.

1867 Blake introduced his hydraulic rams, with the trademark HYDRAM. He also manufactured a range of stationary and portable oil engines, rated from 2 to 50 HP. [1]