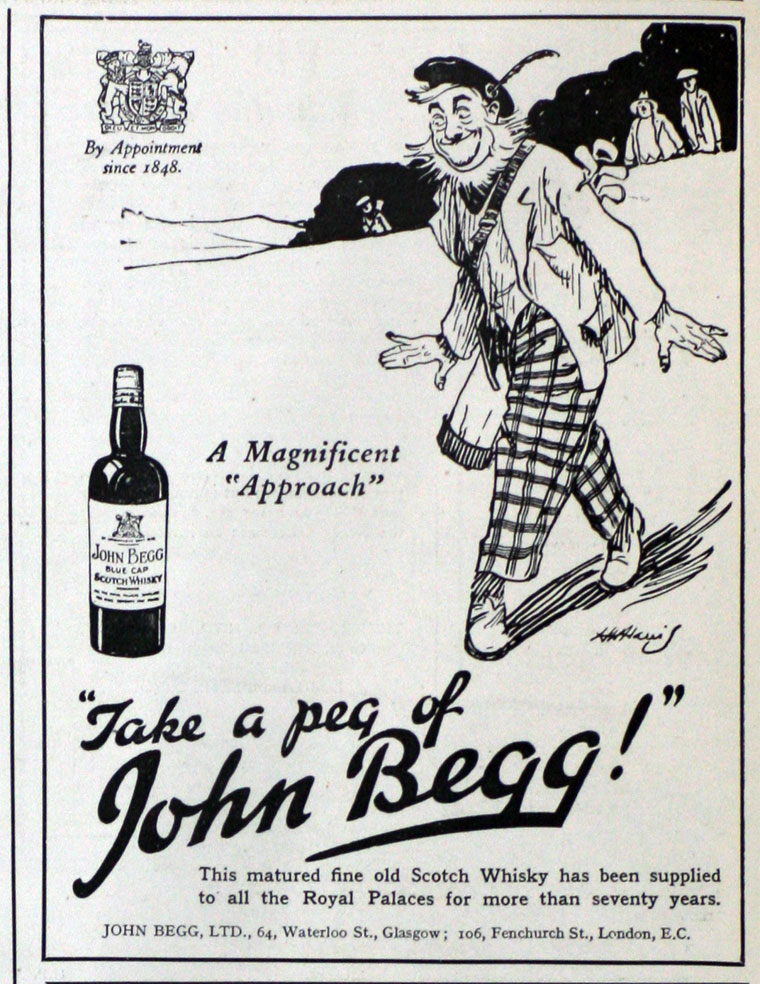 1845 John Begg built his distillery, New Lochnagar, on the banks of the river Dee, about a mile from the royal residence of Balmoral

1848 The distillery was visited by Queen Victoria and Prince Albert, leading to the issue of a Royal Warrant. The distillery thus became Royal Lochnagar

1906 The business was incorporated as John Begg Limited (company number 87636, some sources give 1902 as the date of incorporation). This development coincided with the rebuilding of the distillery and the move of bottling and blending operations to Glasgow

2007 John Begg Limited was finally dissolved as a company