Grace's Guide is the leading source of historical information on industry and manufacturing in Britain. This web publication contains 148,481 pages of information and 233,913 images on early companies, their products and the people who designed and built them. 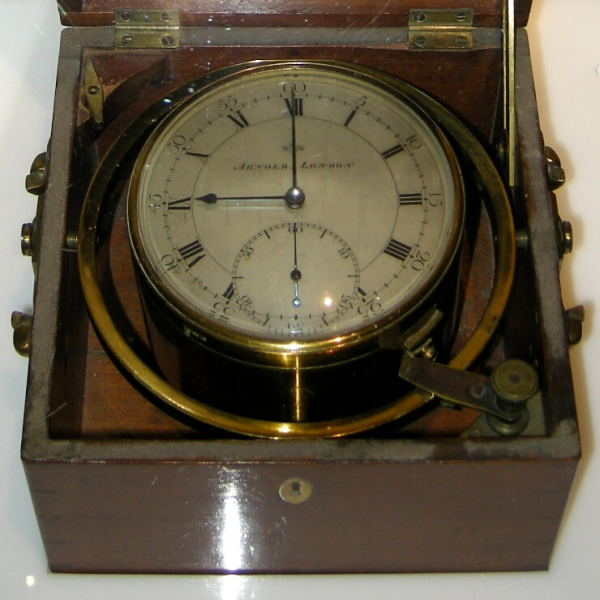 Chronometer No. 176, made before 1787. Used by Capt George Vancouver. On display at Vancouver Maritime Museum

Apprenticed to his father and probably worked briefly for his uncle William Arnold, a gunsmith.

1755 Went to the Netherlands to improve his knowledge of clockmaking; he learnt German.

c. 1757 Returned to England and apparently earned a living as an itinerant mechanic.

Repaired a repeating watch for William McGuire of St Albans, who lent Arnold the money to set himself up in business in Westminster.

1769 Moved to St James's Street. He and his wife, Margaret, had a son, John Roger Arnold

He simplified the design and considerably reduced the price. Also made regulator clocks for observatory use and domestic clocks and watches.

1775 Gained patent for the helical spring

1782 Gained a patent for terminal curves; this patent included a form of spring detent escapement, though it seems likely that this design was taken from an earlier version by Thomas Earnshaw that had been described to Arnold the previous year

c.1783 Took his son as an apprentice and into partnership, trading as John Arnold and Son,

1796 After his retirement, his son continued the business at the Cornhill shop.