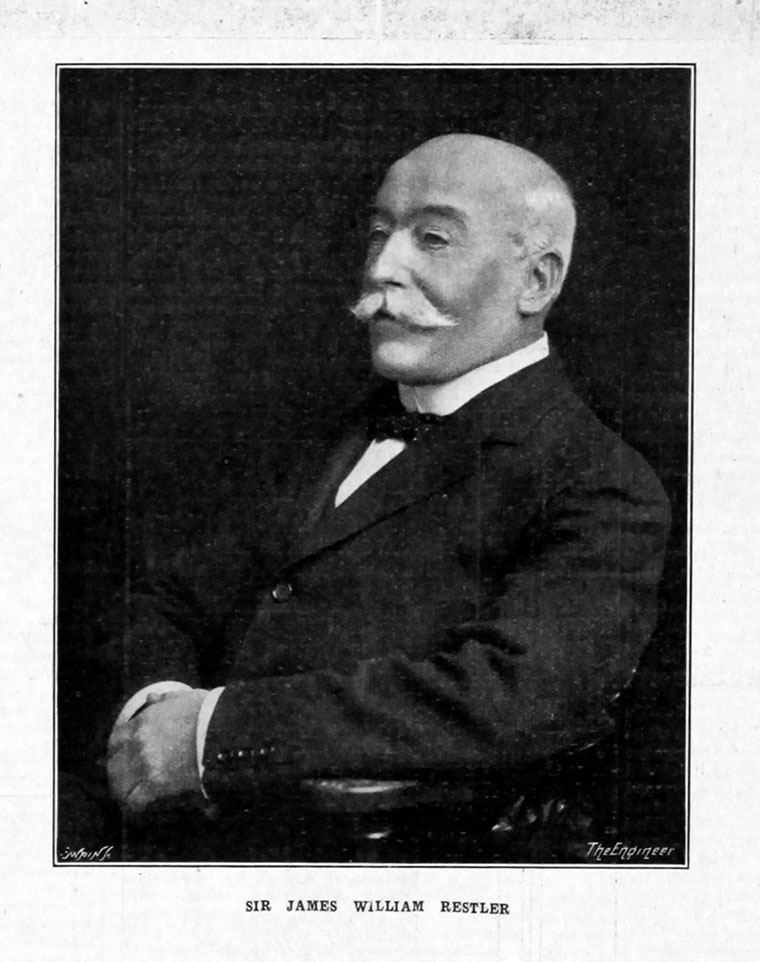 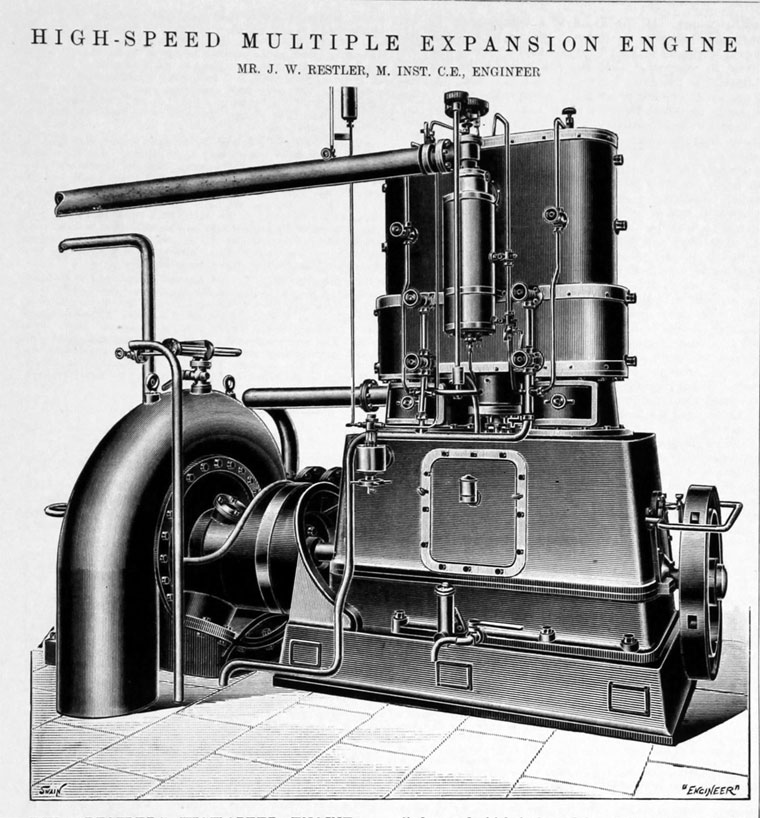 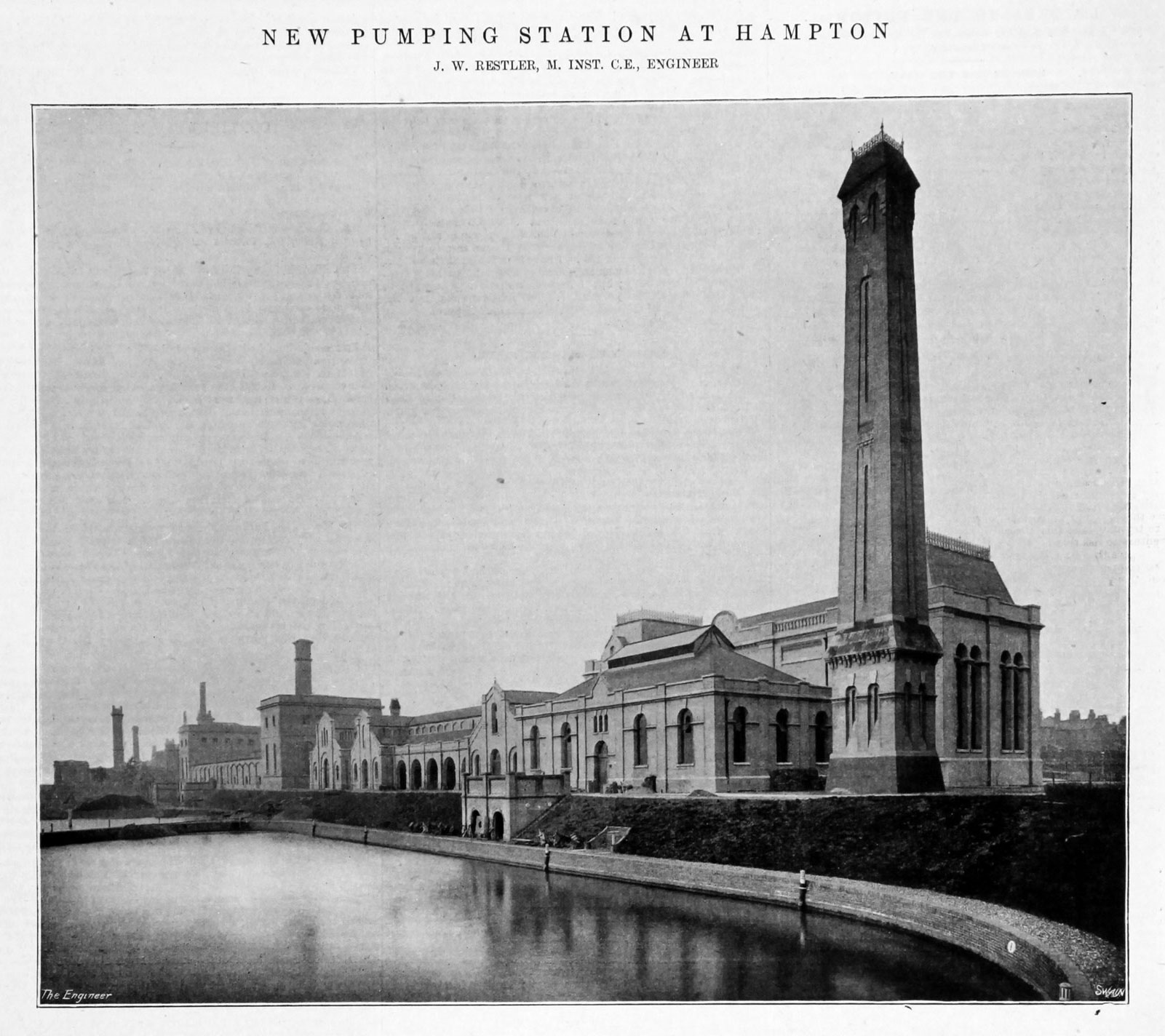 1904. Deputy engineer of the Metropolitan Water Board.

He began his engineering training in 1876, as a pupil with Messrs. John Aird and Sons, and was later occupied for them at various works, including St. Katharine's Docks and the Thames Defence Works, on which he acted for about 15 months under the late General Gordon.

He subsequently obtained a training in mechanical work under Messrs. Harvey and Beck, and in the year 1876 was appointed assistant engineer to the late Southwark and Vauxhall Water Company.

In 1851 he filled the newly-created post of supply engineer, and, in 1883, was given the appointment of chief engineer to the Company. Under his direction works of considerable importance were carried out, among which were large reservoirs, filter-beds, five tunnels under the Thames, and two trunk mains between Hampton and London.

In 1885 he designed and erected the first large set of direct-acting rotative engines to be used for pumping, these engines being still at work and giving very good efficiency. This type has superseded the beam type which was previously the standard practice; the two engines in question deal with 18,000,000 gallons per 24 hours against a head of 300 feet.

He afterwards designed and erected a number of pumping-engines which together are capable of dealing with 135,000,000 gallons per 24 hours.

He was the first engineer to make use of high-pressure steam for pumping-plant; in 1887 he used water-tube boilers with 200 lbs. per square inch of steam pressure.

He designed and constructed the Honor Oak reservoir, which is believed to be the largest covered reservoir in the world, having a capacity of 56,000,000 gallons and a depth of water of 34 feet.

Sir James was appointed Chief Engineer to the Metropolitan Water Board in November 1914. During the time that he was Chief Engineer to the Board, he prepared a scheme in great detail estimated to meet the requirements of the supply under the Board's direction until 1935, and the carrying out of this scheme is now in progress.

In the early stages of the War, the Director of Works at the Admiralty applied to the Board for the services and advice of Sir James, with regard to the water supplies for a large number of Naval establishments. Some of the works now been satisfactorily completed, the remainder being cancelled at the termination of the War.

Upon the formation of the Metropolitan Munitions Committee in June, 1915, Sir James was elected Vice-Chairman of the Board of Management; later, upon the resignation of Mr. Hall Blyth, he was appointed Chairman of the Committee.

Sir JAMES WILLIAM RESTLER, K.B.E., was born in London on 30th August 1851, and was educated privately and at King's College, London.

In 1867 he became a pupil with John Aird and Sons, at first in the drawing office and later on various works then under construction, including the Southwark and Vauxhall water works at Hampton.

He also obtained further mechanical engineering training in the works of Harvey and Beck, and then entered the service of the Southwark and Vauxhall Co., under J. Quick and Sons, who were also engineers to other large water companies.

In 1876 he was appointed assistant engineer to the late Southwark and Vauxhall Water Co., and in 1881 he became supply engineer, a newly created post.

Two years later he became Chief Engineer to the Company, and under his direction important new works were carried out, including pumping stations and machinery capable of dealing with 156 million gallons of water per twenty-four hours, storage and service reservoirs capable of containing 1,450 million gallons of water, and many acres of filter-beds, five tunnels up to 12 feet 6 inches diameter under the River Thames, and two trunk mains between Hampton and London. He designed the Honor Oak Reservoir which was opened in 1909.

On the death of Mr. W. B. Bryan in 1914 he was appointed Chief Engineer to the Metropolitan Water Board. In the early days of the War he was of great assistance to the Admiralty in advising with regard to the water supply to a large number of Naval establishments; and upon the formation of the Metropolitan Munitions Committee, in June 1915, be was elected Vice-Chairman of the Board of Management, and later became Chairman of the Committee.

In July 1917 he was appointed by the Home Secretary to be Chairman of the Fire Brigades Coordination Committee, a body to co-ordinate measures to be taken by the London Fire Brigade and the surrounding Fire Brigades for dealing with fires mused by air-raids.

He was created a Knight Commander of the Order of the British Empire by His Majesty, in recognition of the valuable services he bad rendered during the War.

His death took place suddenly at his residence at Queen's Gate, London, on 4th November 1918, at the age of sixty-seven.