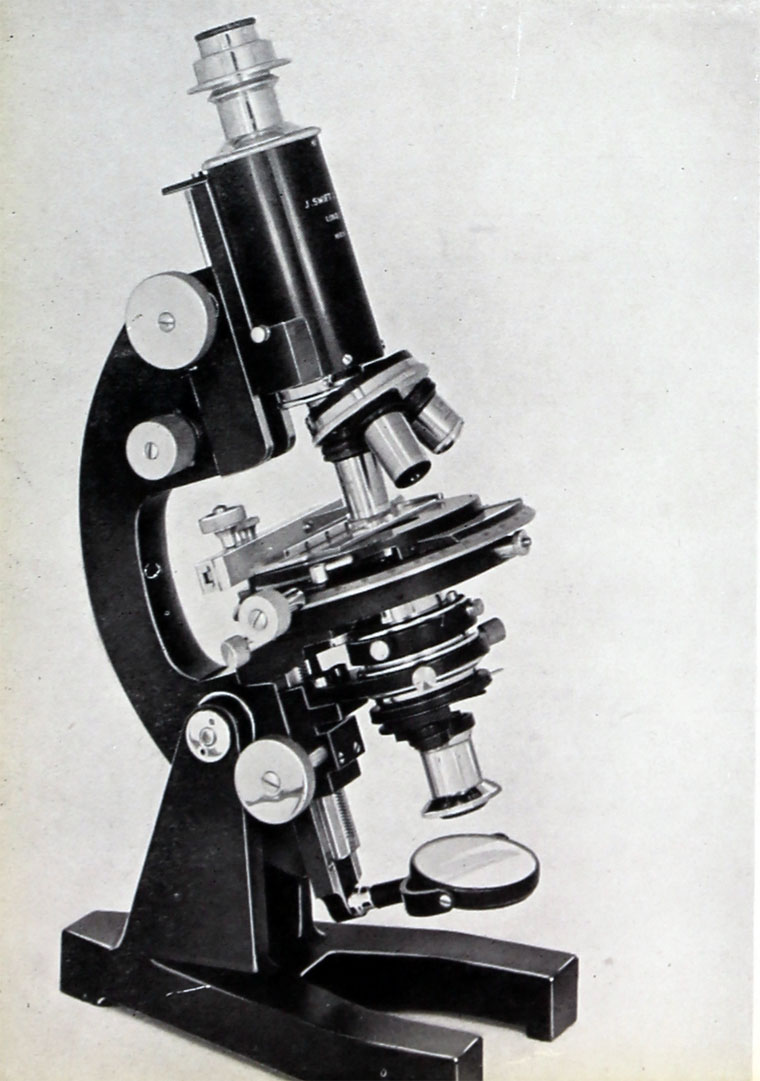 1853 Company founded by James Powell Swift, based in East London.

1881 Improvements to microscope design; replacement of the straight rack and pinion focusing to helical cut components and a new fine focus system.

1901 Captain Scott was supplied with Swift microscopes for use on the R.R.S. Discovery for the 1901-1904 expedition, named in the catalogue of the time as the 'Discovery' model.

1906 The founder of the company, James Powell Swift, died.

1912 Incorporated as a limited company.

1946 E. R. Watts and Son Ltd took over the company, mainly due to the association between the Watts and Swift families in earlier years.

1949 John H. Bassett joined the company from a background in electrical and electronic industries, microscopy was 'completely new' to him but the optical world created an 'interesting challenge'.

1959 Bassett proposed new designs to replace the 'Model P' but the directors felt it unwise to pursue further designs because of greater competition and did not take up the challenge; Bassett left the company.

1968 Bassett, having been successful in running his own microscope business for some years, being an agent to the major microscope manufacturers of the era, purchased the company J. Swift and Son Ltd.