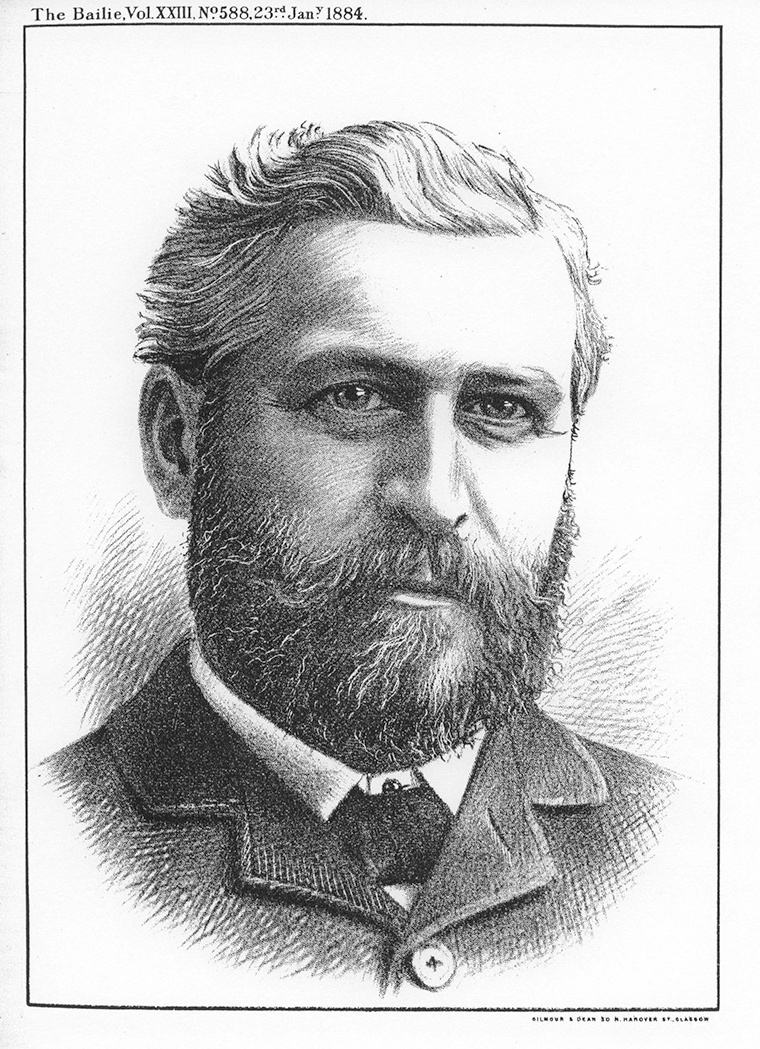 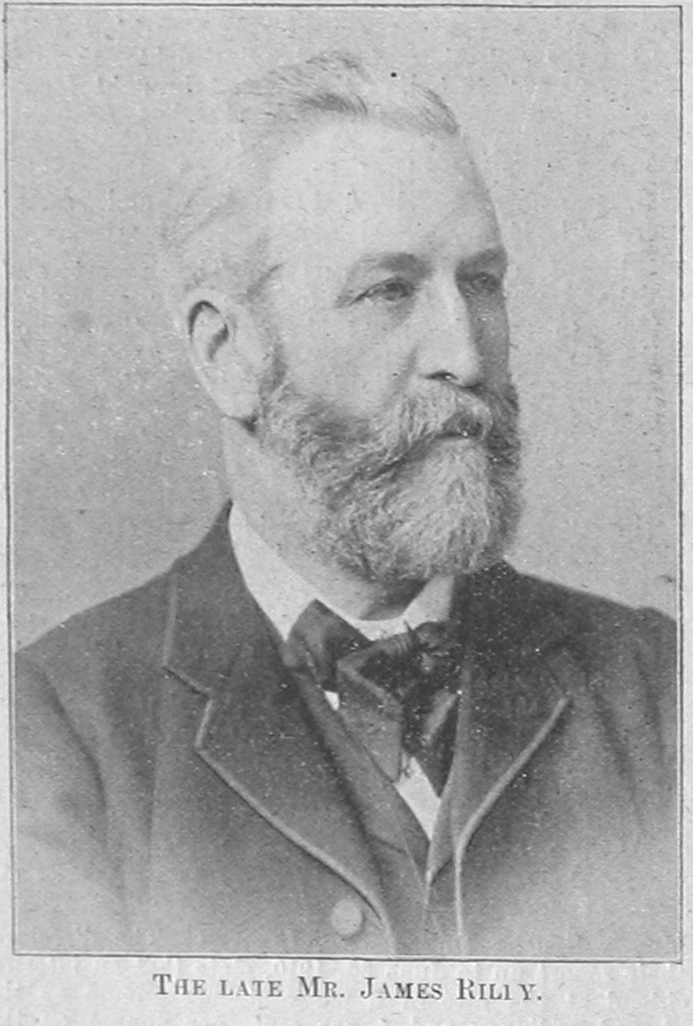 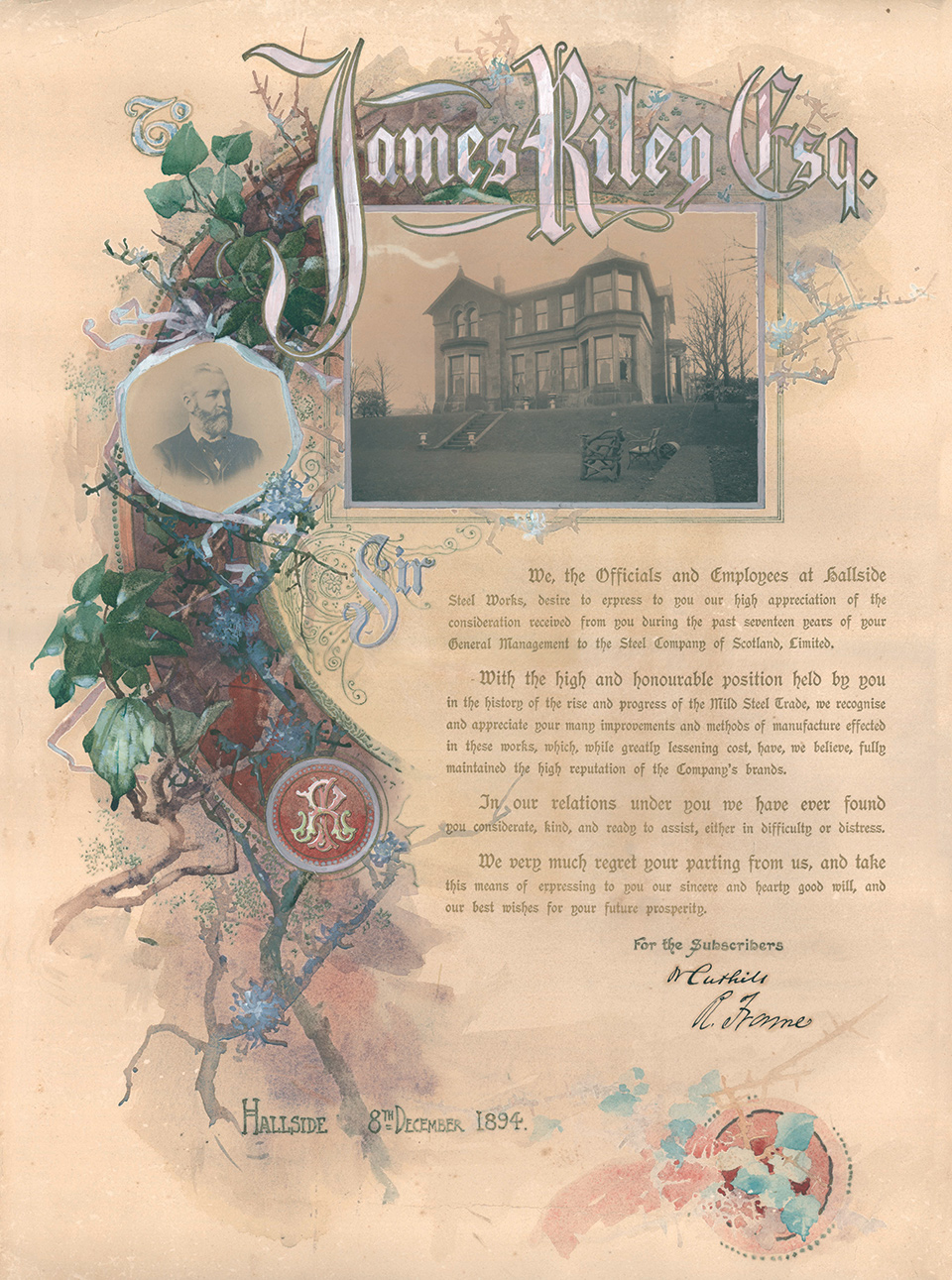 Engineer (Metals). Worked for a number of iron and steel companies before founding his own.

He was responsible for many important developments in the making and rolling of steel.

He promoted the manufacture of low carbon bulk steel by the open hearth process for tinplate and shipbuilding, and he was a pioneer of nickel steels[1]

1880 James Riley examined the Blochairn Iron Co works, and persuaded the directors to convert the works to production of Siemens open-hearth steel. As a result, 8 furnaces were erected.

'DEATH OF MR JAMES RILEY. Intimation is made of the death at Harrogate of Mr James Riley, who was prominently identified with the Iron and steel industry in Lanarkshire and the West of Scotland generally. Mr Riley, who was born in Halifax in 1840, was appointed manager of the Askham Iron and Steel Company’s works at Barrow in 1869. Four years later he was selected to take charge of the blast furnaces of the Landore-Siemens Steel Company. In 1874 he became general manager of the Landore Company. Leaving South Wales, he came to Scotland and took over the general direction of the works of the Steel Company of Scotland. In that capacity he popularised mild steel for boiler-making, bridge-building, and other purposes. In 1894 he transferred his services to the Glasgow Iron and Steel Company. Subsequently he severed his connection with that Company in order to undertake the manufacture of iron and steel on his own account at the Richmond Works, Stockton-on-Tees. It was due mainly to Mr Riley’s exertions that the Board of Conciliation and Arbitration in connection with the manufactured steel trades of the West of Scotland, of which he was first president, was formed. He was also the first president of the Scottish Manufactured Iron Trades’ Conciliation and Arbitration Board and of the West of Scotland Iron and Steel Institute.'

JAMES RILEY, Senior Vice-President of the Iron and Steel Institute, died at his residence at Harrogate on July 15, 1910, at the age of seventy. He was born in Halifax in 1840, and at a comparatively early age he commenced work as a millwright and engineer in that town. On leaving Halifax he was for some time employed at the Ormesby Works, where he rose to be a foreman. In 1869 he was appointed manager of the Askham Iron and Steel Company's Works at Barrow-in-Furness. He left Barrow in 1872, in which year he was appointed to take charge of the blast-furnaces of the Landore-Siemens Steel Company. It was while he was in the service .of that company that he succeeded in producing spiegel iron from manganiferous Spanish ore, an achievement which enabled British ironmasters to overcome the effects of the scarcity of spiegeleisen, which intervened as the result of the cutting off of the German supplies during the period of the Franco-German War. Mr. Riley's success in the manufacture of spiegeleisen was such as to render that material both cheap and plentiful, and from that time forward his name was constantly associated with improvements and modifications in the manufacture of metallurgical products. In 1874 he became general manager of the Landore Company, and shortly afterwards, in co-operation with the late Sir William Siemens, he introduced extensive improvements in the manufacture of mild steel whereby both its softness and ductivity were greatly improved.

It was for these services that Mr. Riley was subsequently awarded, in 1887, the Bessemer Gold Medal. Among other interesting experiments which were carried out during his management of the Landore Works may be mentioned those which led to the use of mild steel in the tinplate manufacture, while it was also under Mr. Riley's auspices that the first contract for mild steel to be used in the construction of naval vessels was negotiated and carried out for the Admiralty. In 1878 Mr. Riley was invited to become general manager to the Steel Company of Scot land, in which capacity he still further extended the use of mild steel to shipbuilding, and subsequently to boiler-making, bridge construction, and other uses. In 1894 he became general manager of the Glasgow Iron and Steel Company, a position which he held until the year 1899, when he resigned in order to undertake the manufacture of iron and steel on his own account at the Richmond Works, Stockton-on-Tees.

During his management of the Glasgow Iron and Steel Company's Works much of his time was spent in laying out and organising the company's large works at Wishaw.

Among the many positions he occupied was that of first President of the West of Scotland Iron and Steel Institute. He always evinced a keen interest in questions relating to labour, and it was due mainly to his endeavours that the Scottish Manufactured Iron Trades' Conciliation and Arbitration Board was established. His services to that association were recognised in 1900 by the presentation of an address and a cheque for £500, which were bestowed • on him as a mark of the appreciation of the members of the steel trade of the West of Scotland for " the eminent ability and zeal displayed by him during his twenty-two years' residence in the West of Scotland." Mr. Riley was a constant attendant at meetings of the Iron and Steel Institute, in whose affairs he took the deepest interest, having been elected a member as far back as 1874. In 1884 he was elected to a seat on the Council, and in 1893 he became a Vice-President. To the Journal of the Institute he contributed numerous important papers, in which his practical experience and wide grasp of metallurgical subjects enabled him effectively to deal with problems of great interest.

One of the most important of these papers was entitled "Alloys of Nickel and Steel," and was read in 1889. This paper attracted such interest that it may be regarded as one of the chief factors in the introduction of the use of nickel steel for armour and gun-forgings.

Mr. Riley's other contributions included a paper on "Recent Improvements in the Method of the Manufacture of Open-hearth Steel," read in 1884, and a paper on "The Use of Fluid Metal in the Open-hearth Furnace," which was read in 1900, while few papers on practical subjects were read at meetings of the Institute upon which Mr. Riley had not some valuable comments and criticisms to make. He was an Associate Member of Council of the Institute of Naval Architects, and was the representative of the Iron and Steel Institute on Lloyd's Committee.