Grace's Guide is the leading source of historical information on industry and manufacturing in Britain. This web publication contains 140,475 pages of information and 227,382 images on early companies, their products and the people who designed and built them. 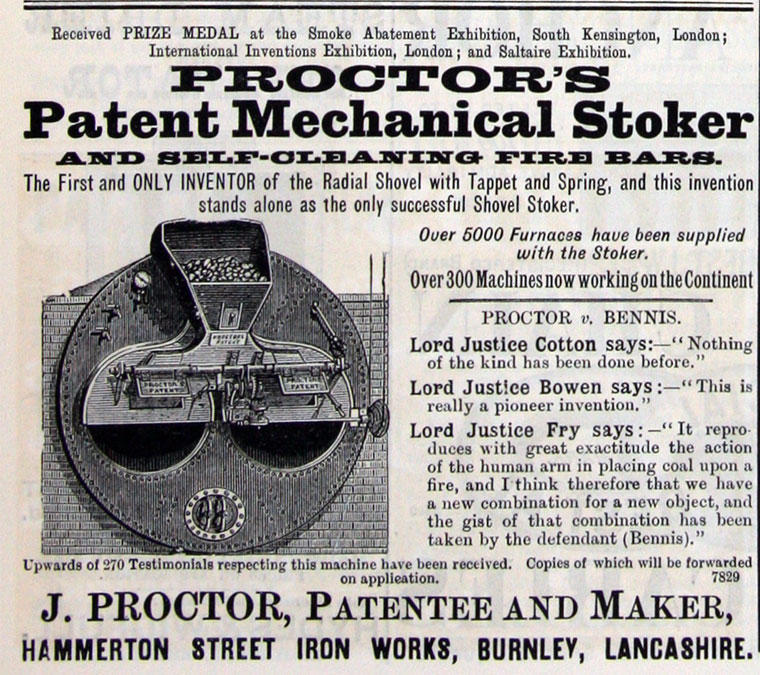 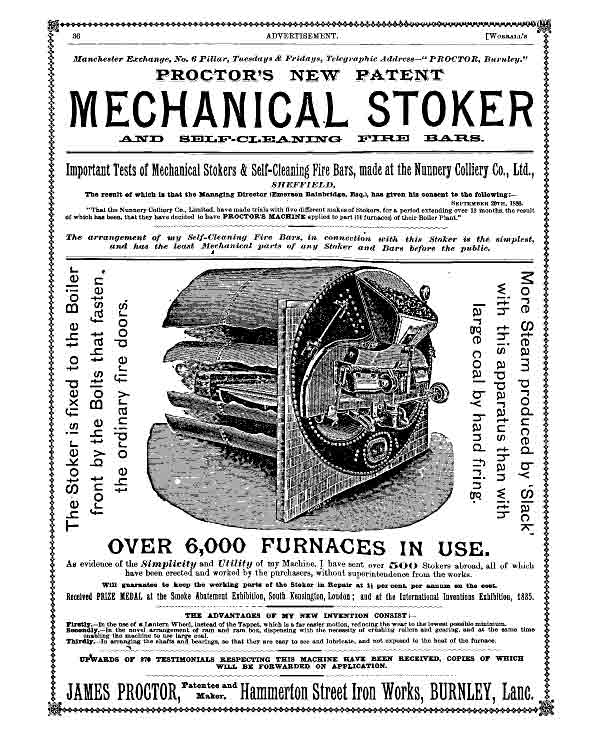 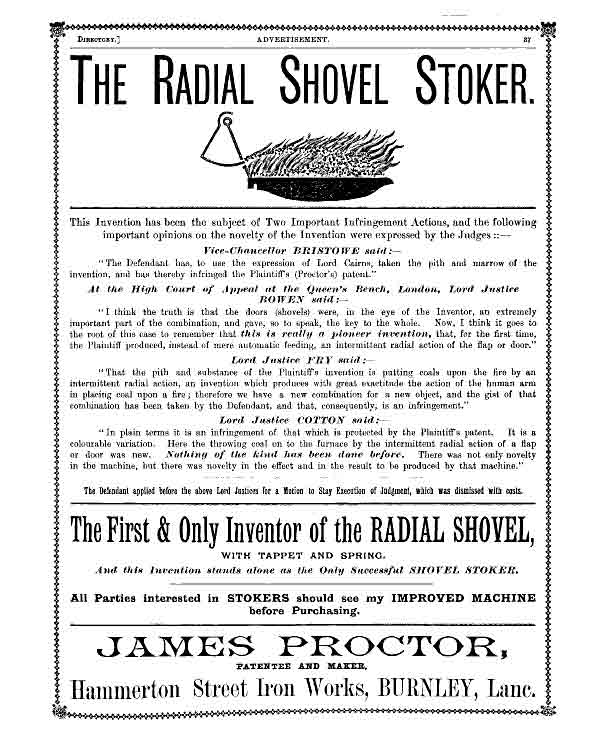 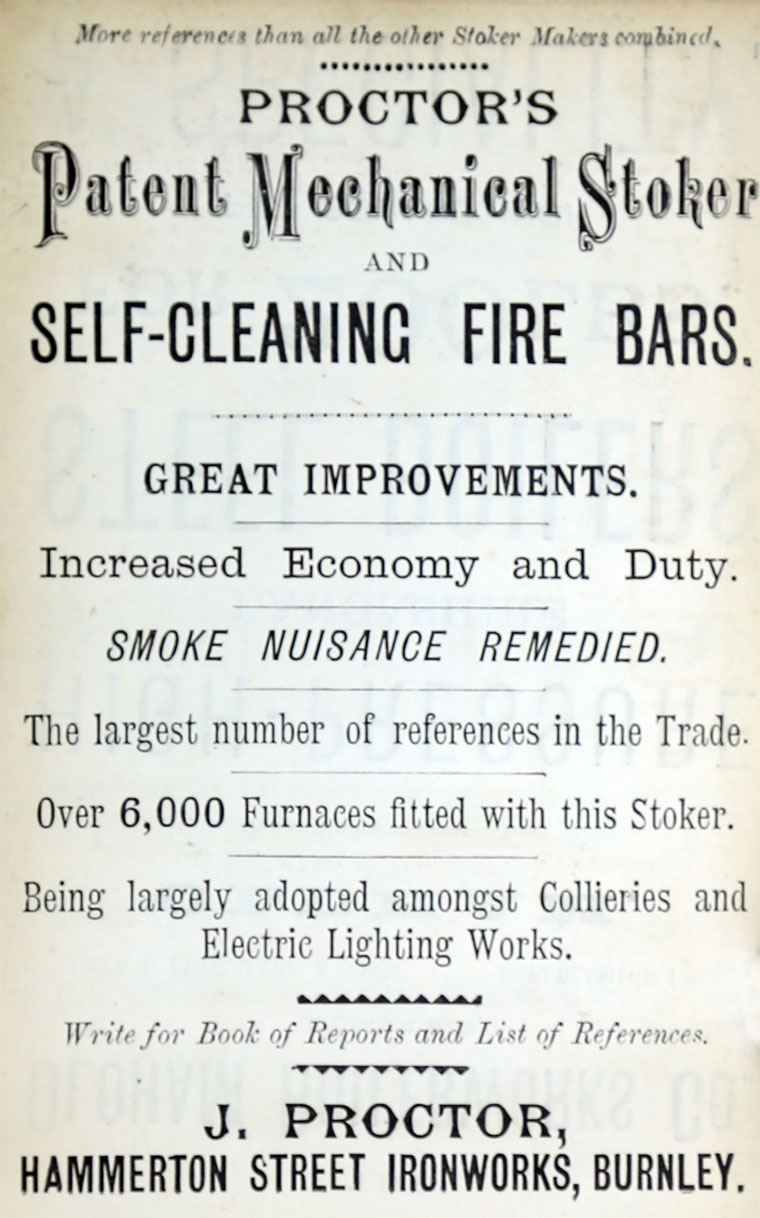 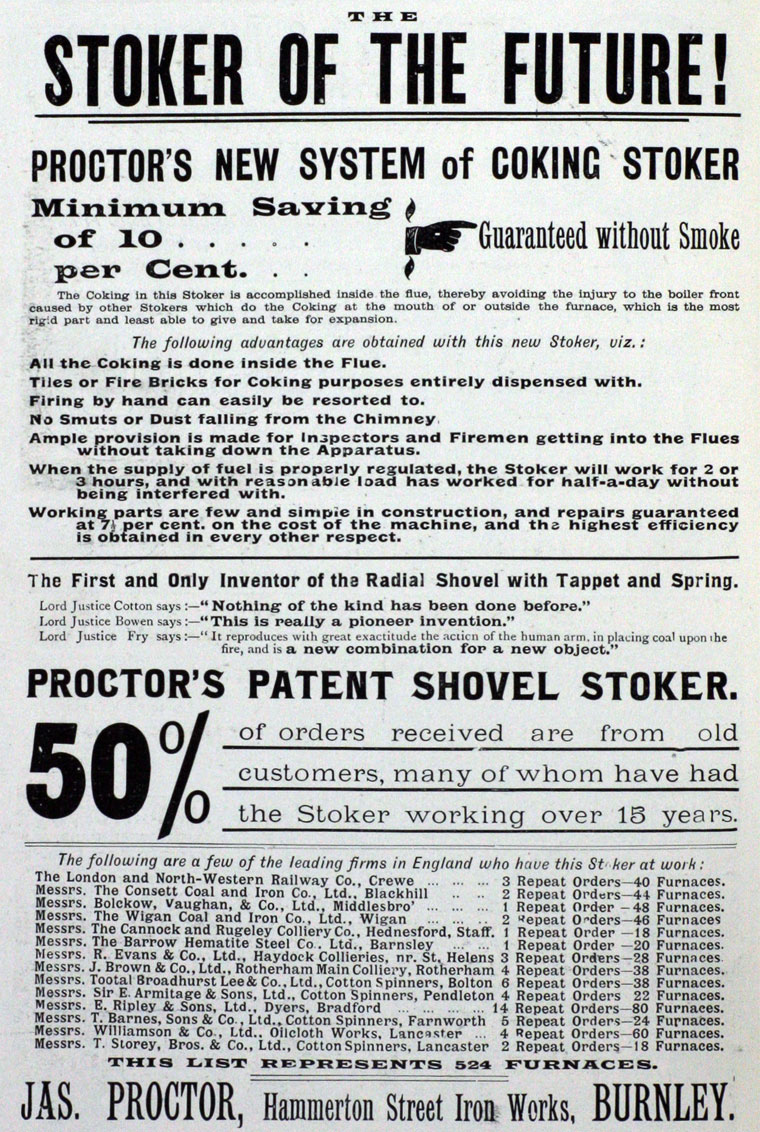 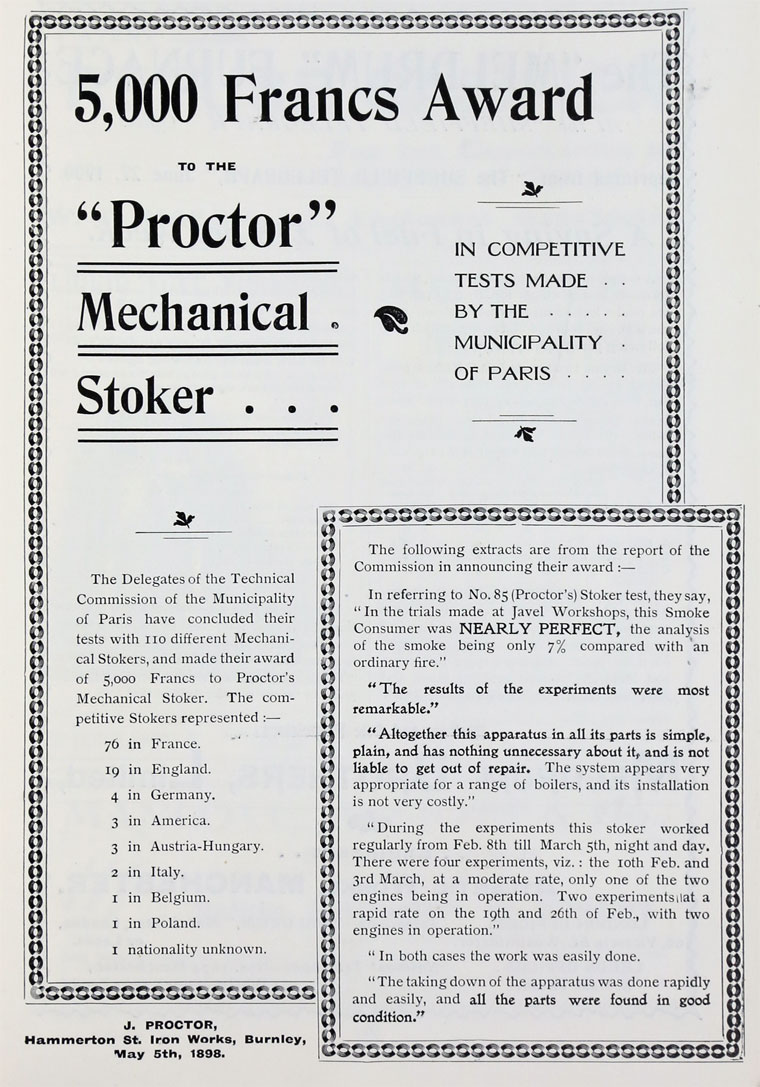 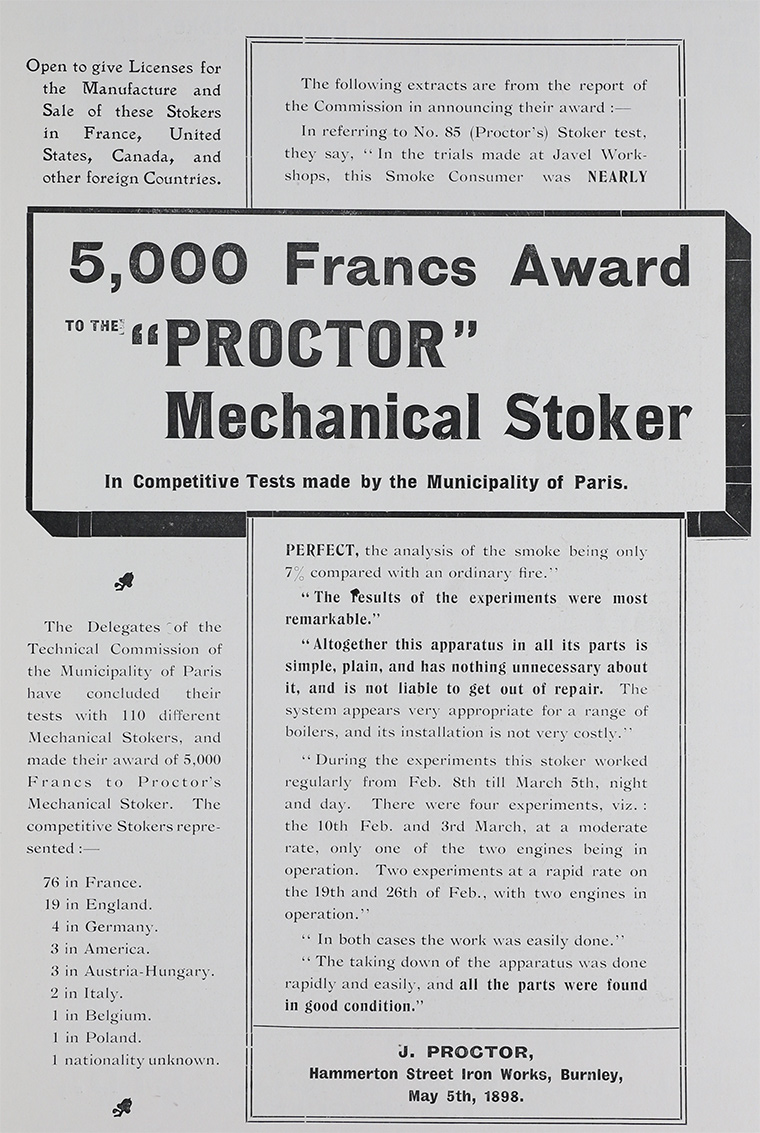 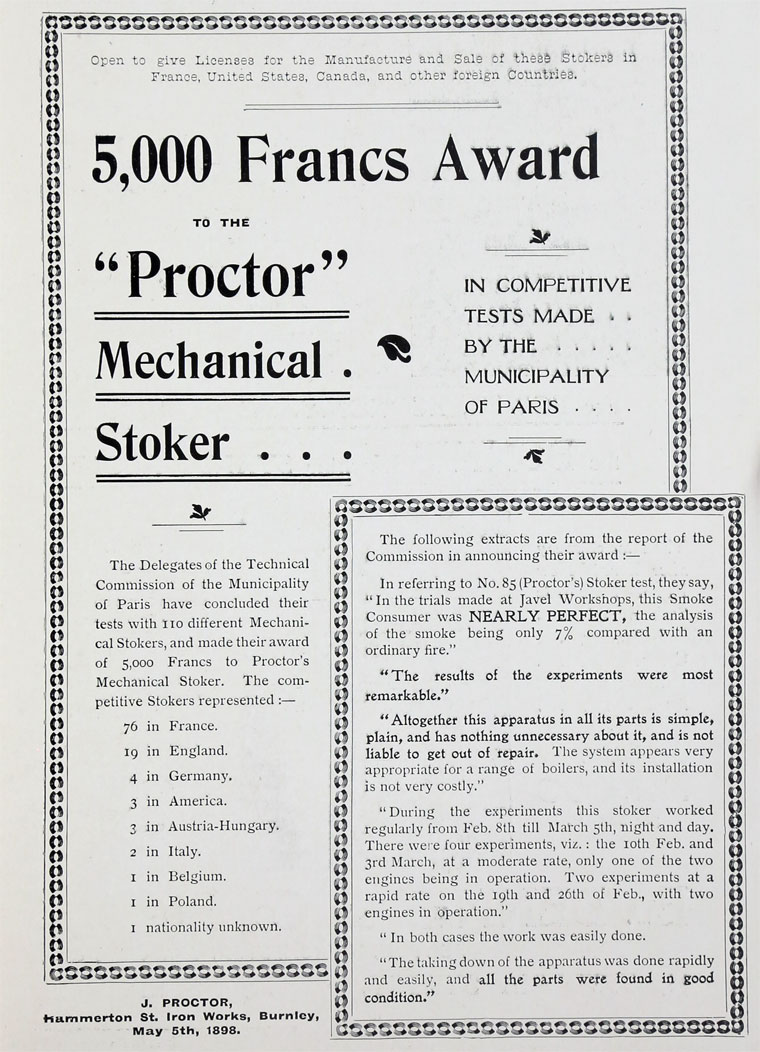 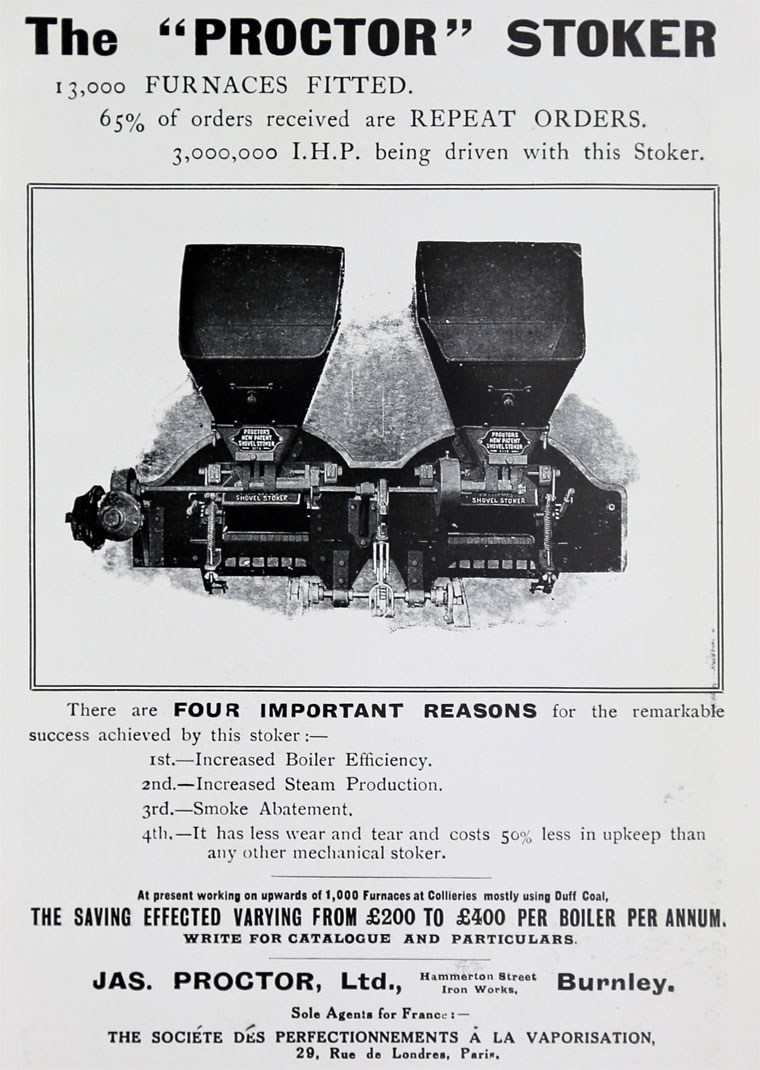 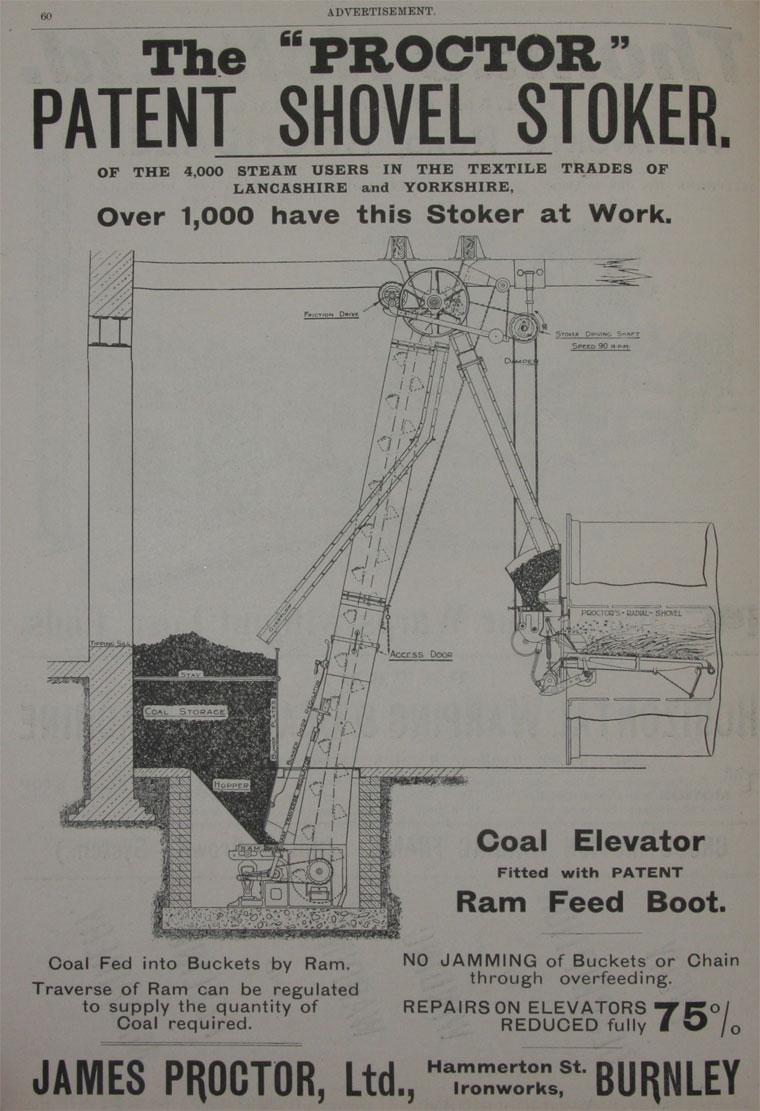 1887 Brought a legal case about the design/use of a mechanical stoker which infringed his patent against Bennis; Proctor also brought cases against others for using stokers that infringed his patent, namely Messrs Thompson and Son of Southwick Yard, Sunderland, Sutton Lodge Chemical Co, Messrs Arkwright and Co and a Mr Rouse of Bradford [1].

1891 Manufacturer of equipment for the cotton industry.[3]

1898 The electricity generating station of Birmingham Electric Supply Co, where a new Proctor automatic feeder was tested, had Proctor stokers fitted to 6 out of 7 boilers[4]